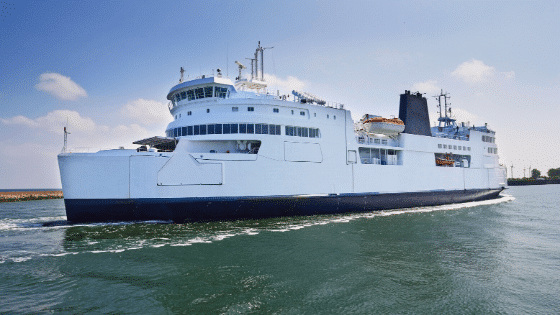 The ferry company Saremar received compensation from the Region of Sardinia (RAS) for operation of two routes between Sardinia and mainland Italy, namely Olbia (Golfo Aranci)–Civitavecchia and Vado Ligure-Porto Torres. It also received a capital injection, subsidies for promotional activities, and comfort letters that RAS would inform creditor banks of any change in the shareholding structure. The Commission examined whether State aid was contained in any of the four measures.

Existence of aid and compatibility of State aid

The Commission found that the compensation for the operation of the two additional routes linking Sardinia to the mainland, the capital injection and the subsidy for promotion activities all involved the transfer of state resources.

However, with respect to the comfort letters, the Commission noted that they merely laid down RAS’s commitment to notify creditor banks of any change in its shareholding in the company and to ensure that Saremar was managed in an efficient manner. Because the comfort letters did not guarantee any financial obligation of Saremar, they did not create a future potential burden on State resources. Therefore, the Commission concluded that they did not constitute State aid.

All measures were granted to one recipient and consequently they were found to be selective.

The Commission explained that “it is necessary to distinguish between application of the MEIP test and the fulfilment of the Altmark criteria. While both tests serve to assess the existence of an advantage for the beneficiary, they clearly refer to the different roles that public authorities can take when adopting financial measures in favour of a given undertaking. The MEIP applies when the public authorities act in their role of shareholders (i.e. in the first place with a view to obtain a profit from the operation), whilst Altmark is relevant when the public authorities pursue public interest objectives, which are not typical of a private operator (i.e. the perspective to make a profit is of secondary importance, if any). The arguments raised by RAS to justify the compensation for the operation of the two routes between Sardinia and mainland Italy appear therefore contradictory” [paragraph 168].

The Commission also stressed that the measure could only be MEIP-compliant if it was based on sound viability perspectives for the beneficiary. No ex-ante business plan had been prepared in the case of Saremar. Since the compensation could not be ascribed to the state acting as shareholder, it did not conform with the MEIP.

With regard to compliance with the Altmark criteria, the Commission first explained that “services could only be qualified as SGEIs if in the absence of a public compensation they would not be provided by the market satisfactorily and under conditions – such as price – similar to those defined by the public authorities.” [170]

The Commission accepted that, although the operation of the two routes was not explicitly described as an SGEI, it could in principle be considered to be an SGEI because of the entrustment acts referred to affordability of fares as a general pre-requisite of operation. But then, in order to verify the existence of the PSOs entrusted to Saremar and whether it was necessary to compensate the latter for the supplementary costs incurred in meeting those obligations, the Commission examined:

(a) Whether the service was inadequate, had its provision been left to the market forces alone in the light of the public service requirement concerning affordable fares, and

(b) Whether the operator was indeed entrusted with public service obligations which were clearly defined.

The Commission noted that the entrustment acts do not impose other PSOs as concerns the frequency, capacity, or regularity of the (mixed) services offered by Saremar.

Secondly, in order for the first Altmark condition to be met, the service provider must be entrusted with clearly defined PSOs. The Commission noted the following:

a)The precise routes to be operated were not chosen by RAS, but rather left at the discretion of the operator.

b)No specific obligation to charge reduced fares on the routes to be operated was imposed on Saremar. Instead, RAS instructed Saremar to implement the fare which best balanced the public interest with the economic viability objective. Although a 15% discount applied to Sardinian residents, there was no specification of the precise level of fares to be charged by Saremar.

In the end, the Commission found that “a large discretion has been left to Saremar to adapt fares. Saremar retained the faculty to adjust fares so as to ensure economic viability of the activity and customer satisfaction, subject to prior notice to RAS. The Commission indicates that SGEIs are by nature services which address market failures, as the market does not autonomously provide them to the standard required by the public authority. Whilst the Commission considers that some flexibility with regard to prices may be left, in some cases, to public service providers, when the alleged public service obligation relates precisely to the necessity to offer affordable fares, the public authorities must define the maximum fares that the operator can apply or link that flexibility either to objective criteria, which allow to determine with a reasonable degree of certainty what fare level is to be considered as affordable, or to a prior authorisation procedure by the entrusting authority.” [214]

“In the present case, however, the provisions concerning applicable fares in the entrustment acts are not sufficiently precise so as to qualify as clearly defined PSOs …. Saremar’s margin of manoeuvre was not linked to objective criteria or at least to criteria that were applied in an objective way. The requirement to exploit the routes on economic balance was manifestly not met and customer satisfaction was not measured (to the knowledge of the Commission).” [215]

In relation to the 2nd Altmark criterion, the Commission found that there was no explicit reference to any compensation to be granted to Saremar. Moreover, Saremar was given a margin of manoeuvre to adjust the fares precisely in order to break-even. For these two reasons the Commission concluded that the parameters for the calculation of that compensation were not established in advance in an objective and transparent manner. The Commission also rejected a compensation mechanism that was developed ex-post.

Since the Commission had already concluded that RAS did not demonstrate the existence of a real public service need, it considered that Saremar was not entitled to receive any compensation.

RAS responded that the compensation was lower than the loss incurred by Saremar in serving those two routes, and that it had been calculated according to the separate accounts for those routes. Therefore, it could not benefit any other activity of Saremar. The Commission rejected this argument on the grounds that, in the absence of a clear definition of the obligations imposed on Saremar, it was impossible to calculate the costs ensuing from those obligations.

The logos and advertising effectively carried on Saremar vessels did not refer to the reduction in prices of maritime transport services, but were intended at promoting Sardinia as a touristic destination. Therefore, the question arose whether Saremar received for those promotional activities a remuneration which was above market price, since there was neither an open and unconditional bidding procedure, nor an ex-ante independent expert valuation prepared for the purposes of awarding the services in order to ensure that the price adequately reflected the market value of the services. According to the Commission, since the promotional activities were not tendered out, it could not be assumed that the price paid by RAS was in line with market conditions, thus ruling out the possibility that it conferred an advantage on Saremar.

But then the Commission added that “nonetheless, it cannot be ruled out that other valuation methods may be applied in such instances, so long as it is ensured that the price actually paid by the purchaser on the basis of those methods reflects, as far as possible, the market value of the service.” [229]

RAS did produce a valuation report, showing that the services were priced at market value. The experts derived the market value of the services provided by Saremar to RAS basing on a benchmark with average advertising costs per square meter estimated on the basis of parameters such as duration, type of the advertising (internal or external) and location (main cities, important influx of population, mobility areas).

Because the valuation was carried out on the basis of generally accepted valuation standards – which in this case consisted of an analysis of transactions involving similar services – the Commission considered that the valuation adequately reflected the market value of the promotional services, and that no State aid was granted.

In order to assess whether the recapitalisation entailed an advantage to Saremar, the Commission had to assess “whether in similar circumstances, a private investor in a market economy would have made capital contributions of the same size, having regard in particular to the information available and foreseeable developments at the date of those contributions. The MEIP should be applied ex-ante, i.e. one should determine whether at the time of the investment a private investor in a market economy would have prevailed upon making such capital contribution. A market investor would duly take into account the risks associated with the investment – so as to require higher profitability from more risky investments. If, for instance, specific regulatory requirements, such as on minimum capital or liquidity, make the investment unprofitable, a market economy investor would not proceed with the investments.” [236]

Given that the company appeared to be in a precarious financial position, a market economy investor would have required the implementation of a plan to restore the firm’s viability, so that the company could provide a sufficient return for its shareholders. But the plan submitted by RAS was considered by the Commission not to be based on realistic assumptions because a) it was too general and b) took into account different information because it predated the actual capital injection by two years. A private investor would have updated its business plan to take into account the new market situation before deciding to inject any money.

RAS and Saremar counter-argued that the capital injection was needed so as to satisfy regulatory requirements concerning minimum capital. The Commission rejected the argument on the grounds that compliance with regulatory capital requirements would not have been a sufficient reason for a private market investor to inject further capital into a company. A private investor would consider all other options – including the liquidation – and choose the one which would be financially the most advantageous.

Given that the PSO was not well-defined and the parameters of compensation were not predetermined, the Commission, not surprisingly, concluded that the compensation was not compatible with the internal market, because, as explained earlier, the compatibility requirements in the 2012 SGEI rules are the same as the first three Altmark criteria.

The Commission also considered whether the compensation and the capital injection could be compliant with the requirements of the rescue & restructuring guidelines. Given the absence of a restructuring plan and no compensatory measures to reduce the distortion to competition caused by the aid, again the Commission concluded that the aid was incompatible with the internal market.

With the exception of the letters of comfort and the promotional activities, which were not State aid, the Commission ordered Italy to recover the aid