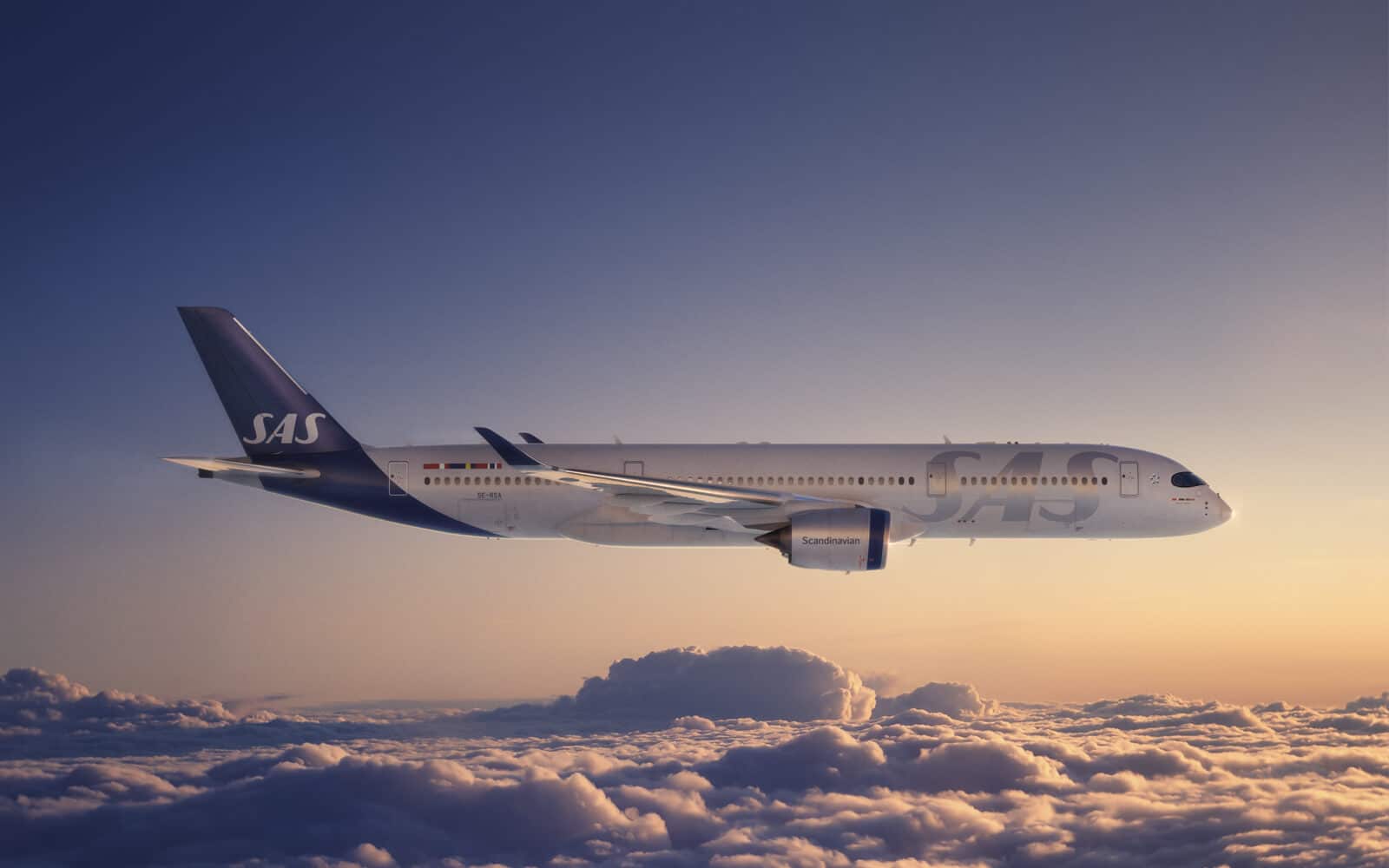 Public funding of an undertaking is free of State aid when it is accompanied at the same time and on equivalent terms by similar private funding. If public funding is provided at the insistence of the private investors, it cannot be considered to be “pari passu” with the private participation. Public funding into a financially troubled company can still be free of State aid, if the recipient of the funds has a reasonable prospect to return to financial viability. A private investor who is already a shareholder in a company must also consider the option of liquidating its holding or closing down the company.
Introduction
The European Commission recently decided that a “revolving credit facility” provided by Denmark, Norway and Sweden to the Scandinavian Airlines, SAS, did not involve State aid because it passed the “market economy investor” [MEI] test. The case is interesting because the State aid investigation was carried out jointly by the Commission and the EFTA Surveillance Authority [ESA] and the final decision was also adopted jointly. More importantly, the case is interesting because it shows that public funding can be free of State aid even when the beneficiary is experiencing financial problems.
Background
SAS, which is 50% owned by Denmark, Norway and Sweden, used to be the dominant operator in Scandinavia but its market share has been eroded by low-cost airlines. Its share dropped from over 50% a decade ago to about 35% in 2013. During the past few years, SAS also recorded losses. In order to stop the losses, the company decided to adjust its structure and change the way it financed its operations. As a result, the three countries mentioned above together with a number of banks provided a revolving credit facility to SAS. This credit facility replaced an older credit facility that was granted to SAS by the same banks. The three countries did not participate in the old facility. The new facility created two potential State aid problems.First, the share of the private banks in the new credit facility was reduced by about 50%. The Commission and ESA were concerned that the new public funding was not pari passu with the new private funding. Second, SAS was experiencing losses although it did not fulfil the criteria of a company in difficulty, as defined in the guidelines on rescue and restructuring aid. This cast doubt on whether a private investor would have been willing to extend new credit to SAS.
Market economy investor test
The decisions of the Commission and ESA are virtually identical. For ease of reference, in this article I refer only to the text of the Commission Decision SA.35668.[1] The Commission explained that the only issue was whether the SAS obtained an undue advantage [paragraph 60]. To detect such an advantage, the Commission applied the MEI test according to which no State aid would be involved where, in similar circumstances,

iii) “operating in normal market conditions in a market economy”,

would have been willing to provide the same funding to the beneficiary [paragraphs 62-63].

Then the Commission went on to clarify that “in principle, a contribution from public funds does not involve State aid if

iii) made in comparable circumstances and on comparable terms (pari passu)” [paragraph 64].

The problem in the case of the SAS was that the Commission did not accept that the participation of the banks in the credit facility was pari passu. This was because the banks reduced their exposure by half and insisted that the state would have to be involved too in the new credit facility. “In principle, the Commission considers that the pari passu condition cannot be applicable in cases where the States’ involvement constitutes a strict requirement for the private operators to participate in the transaction” [paragraph 74].

It seems to me that the fact that the banks reduced their involvement by 50% in itself is not decisive. It all depends on the return they expected to make. But their insistence on state participation is not normal market behaviour.

This, however, was not the end of assessment. The fact that the public funding was not the same as the private funding did not prove the existence of State aid. The Commission also had to examine whether a private shareholder would have extended the same credit facility and would have satisfied the MEI test “outside” the context of the pari passu reasoning. [paragraph 79]

“The question to be addressed is whether or not a private investor in the same position as the States, i.e. as existing shareholders in SAS and facing a similar set of circumstances as the States in 2012, would have entered into the new revolving credit facility on similar terms and conditions” [paragraph 80].

In examining whether a private investor would have extended a credit facility to SAS, the Commission took into account the following:

All of the above factors are important and should be included in any coherent argumentation to support the MEI test. Especially the ex ante report is indispensable. No private investor enters into any financial commitment without an ex ante appraisal of the prospective profitability of the proposed investment.

Having analysed all the factors mentioned above, the Commission concluded its assessment with a test of whether allowing SAS to go bankrupt could have been a preferred option. A private investor who also owns the company in which he is considering to invest has the additional option of liquidating his shareholding, instead of putting new money in the business. “The Commission recognises the need to consider whether a comparable private investor, facing similar market circumstances to the States (i.e. as existing shareholders in SAS), could have been prompted to provide the measure in question to the beneficiary. To this end, it is also useful to consider possible counterfactual situations arising in the absence if the measure being provided” [paragraph 93].

“In this respect, Denmark, Sweden and the SAS Group claim in their submissions on the opening decision that bankruptcy would have been likely if the new revolving credit facility had not been made available in 2012” [paragraph 94].

The Commission took into account that in the event of bankruptcy, the total loss to the three countries would be SEK 1,044 million and the additional loss from exposure to the credit facility would be SEK 448 million. By contrast, if SAS succeeded to return to financial viability, the capital gains [from appreciation of the state-owned shares] would be SEK 7,000 – 12,000 million. Although the Commission thought that the potential gains appeared to be over-optimistic, it concluded that they proved that a private investor who was already shareholder would have preferred to extend to SAS the credit facility rather than allow it to go bankrupt.

There is something missing in the Commission Decision and its reasoning. A private investor has to consider the choice between investing in a company and liquidating his shareholding in the company only if the return on the investment is less than in other similar investments. Otherwise, if the return is the same or higher, why would a rational investor pull out of the company? The point is that this last test performed by the Commission is redundant if it is already shown that the investment is expected to provide a satisfactory return. [Satisfactory means a rate of return that is equal or exceeds the corresponding market rate of return.]

The option of pulling out has to be taken into account only when the return is lower than in other potential investments or even negative. An investor always has the option not to invest. But by not investing, the investor may face even bigger losses from possible bankruptcy of the company he owns.

For example, I will make an investment of 15 in a company I already own if it returns 16.5, a gain of 10% which I consider to be the rate that can be achieved in other comparable projects [i.e. it is the expected market rate of return]. In this case I would not consider liquidating my shareholding or the company. However, if the investment returns only 12, that is a loss of 20%, I would never undertake it unless by not investing I cause the bankruptcy of the company [just as was claimed in the SAS case]. If I lose, say, 5, when the company closes down, then as a shareholder I would behave differently than a private investor with no prior links to the company. I would undertake an investment with negative return in order to avoid an even bigger loss from closure of the company.

The Commission considered the consequences of the counterfactual situation of SAS bankruptcy without really explaining the reason for it. And the reason must have been that the earlier assessment of whether the credit facility would have been provided by a private investor must have shown that the expected profitability was lower than the market rate for comparable facilities, despite the fact that capital gains could be realised. Yet, nowhere is there in the text of the Decision any explicit mention of the rate of return or rate of profit of the credit facility as is normally the case in decisions applying the market economy investor test. This is the heart of the MEI test and it is missing in the SAS Decision.

Lastly, one more comment needs to be made. In considering the counterfactual of bankruptcy, the Commission appears, at least in the text of the Decision, to compare the amounts of the potential losses against the amounts of potential gains. Perhaps in its own analysis, which is not shown in the text of the Decision, the Commission took into account the probabilities of the various scenarios materialising. But this is not evident in the Decision.

To understand that this is significant, simply consider that lotteries pay out millions. But it is never a good proposition to invest in a lottery ticket because the prospects of a win are very, very small. The expected gain is less than the cost of the lottery ticket. If in the case of SAS, a credit facility of 15 had a chance of 20% to return 20 and 80% to return 10, then the expected return is 20×20% + 10×80% = 4 + 8 = 12. This corresponds to a negative return of 3 or 20% loss despite the chance of making a profit of 5 [= 20 – 15] which corresponds to a rate of plus 33%.

In conclusion, although this is a textbook case of how the principles of the MEI test should be applied and shows that the test can also be used when the beneficiary is not in a healthy financial situation, there are practical steps in this particular application of the MEI test that are missing.

[1] The text of the Decision can be accessed at: