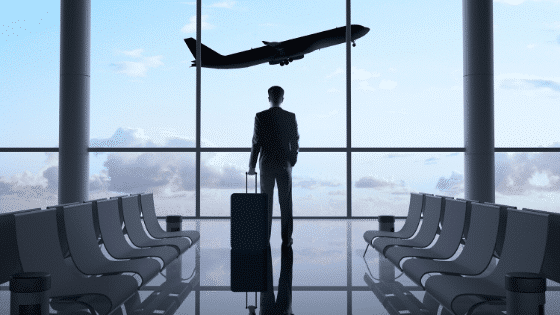 One more set of State aid rules for 2014-20 has been adopted. On Thursday, 20 February 2014, the Commission published its Guidelines on State Aid to Airports and Airlines.[2] The other main substantive rules which are already in place are the following, in chronological order:[3]

In this article I review the new Guidelines on airports and airlines and I identify the improvements in relation to the Guidelines they replaced, but also weaknesses concerning some points that should have been more carefully explained.

The new Guidelines reflect the experience of the Commission in dealing with more than 100 cases concerning public funding of airports and/or airlines. The funding of airlines may also be indirect, as they may benefit from access to subsidised infrastructure and/or lower fees charged by State-owned airports. It is telling that the majority of airports in Europe are public and about 40% of all airports are loss-making.

The new Guidelines start with an explanation of how the concept of State aid applies to airport infrastructure, airport operators and airlines. This was a feature in the 2005 Guidelines too, but in the new Guidelines the explanation is more detailed and covers the latest legal developments such as the Leipzig-Halle judgment.

The Guidelines also bring up to date the treatment of financial relationships between airports and airlines, especially in relation to the market economy operator test [MEOT].

Another novel feature is that they come with four neat tables that summarise all the main provisions of the Guidelines. The tables also summarise the application of the common assessment principles.

Lastly, the new Guidelines explain how the rules of the new SGEI package apply to airports and airlines and especially how an SGEI can be defined in this sector.

The new Guidelines devote three pages to clarifying the distinction between economic and non-economic activities. Most of what is written there has already been included in the still draft Communication on the concept of State aid. In addition to shedding light to the dividing line between economic and non-economic activities, the Guidelines also deal with the important issue of the prevention of cross-subsidisation between the two types of activity.

The Guidelines also contain a statement that at first glance appears to be cryptic but on reflection is quite important. It concerns paragraph 37 which I quote in full:

“Public financing of non-economic activities must not lead to undue discrimination between airports. Indeed, it is established case law that there is an advantage when public authorities relieve undertakings of the costs inherent to their economic activities. Therefore, when it is normal under a given legal order that airports have to bear certain costs inherent to the operation of a civil airport, whereas other airports do not, the latter may be granted an advantage, regardless of whether or not those costs relate to an activity, which in general is considered to be of a non-economic nature.”

To understand the significance of this statement, we need to consider the relevant legal background. The Court of Justice explained in GEMO [C-126/01] that an undertaking derives an advantage from State intervention when it is relieved from the costs which are “inherent” in its operations. In the GEMO case, France had argued that it funded the disposal of animal carcasses because it had imposed a public service obligation on farmers and slaughterhouses. The Court rejected this argument, despite the fact that Member States are at liberty to define public service obligation [PSO] and SGEI. The reasoning of the Court was impeccable. The production of animal carcasses is inherent in animal husbandry and slaughtering. Therefore, farmers and slaughterhouses were responsible to dispose them properly. They would do that anyway and therefore there was no need to impose any obligation on them. Moreover, what is inherent is also determined by the legal obligations of undertakings in any given national system. For example, it is normal [because the law says so] for undertakings to bear the costs of one-year sick leave in the Netherlands, while in other countries the responsibility of employers may end after a 30 days. Then, the sick employee who cannot work is passed on the social security system.

The Commission appears to apply the GEMO logic to airport operations. Airports must bear the costs which are generated by their operations. These costs are determined by the legal obligations of undertakings in a given system. Furthermore, Member States must be consistent. If they ask or expect an airport to cover certain costs itself, they cannot claim that similar costs incurred by other airports can be covered by the State.

The Commission also implies that what is economic or non-economic depends on the legal order of each Member State. For example, in a given Member State all security aspects may fall within the remit of the State, while in other Member States they may be divided in those that belong to the responsibility of the State [e.g. armed guards] and those that may be carried out by airport personnel [e.g. checking luggage].

Lastly and for the sake of completeness, one may ask whether costs which are inherent in the operations of an airport can ever be considered to be non-economic. After all, according to the GEMO logic, inherent costs are those that are necessarily generated by the operation of an airport. Therefore, inherent costs must be economic in nature. I suppose some of these costs, such as fire-fighting services and equipment which are normally classified as non-economic, can in principle be covered by airports themselves. However, certain other costs, such as those concerning security, immigration and customs, are linked to the operations of airports because governments stipulate so without being strictly necessary for airports to function. Airport operators do not care who enters the country or what they carry with them. But because governments want to enforce public policies such as those on immigration and customs at the border and because airport operators cannot enforce policies which depend on the exercise of State prerogatives, their enforcement has become inextricable with the operation of airports with governments picking up the costs. Therefore, in practice certain costs are considered to be non-economic despite the fact that they are also presumed to be inherent to the operation of airports because they are linked to that operation by decisions of the State.

At any rate, the important points to note are the following two. First, it is up to each Member State to define the non-economic aspects of airport operations [provided that their funding does not cross-subsidise commercial activities (and provided that they comply with the requirements of the case law)] and, second, Member States must treat all airports in their territory in the same way.

The first is the benchmark method whereby the fees charged by an airport are compared to those charged by others. But the Commission largely dismisses this method because most airports are subsidised and many are loss-making. So their fees cannot be taken as a robust indicator that they cover all relevant costs.

The second method is the incremental costing of airport fees. At paragraph 61, the Guidelines reveal that “the Commission considers ex ante incremental profitability analysis to be the most relevant criterion for the assessment of arrangements concluded by airports with individual airlines.”

This formulation of what should go into calculating airline fees is very important. It says that airports can take into account all sources of revenue, including “non-aeronautical” items such as income from parking or shopping. We will see immediately below that State aid is not allowed under these Guidelines to support non-aeronautical activities. Yet, airports are allowed to take into account revenue from non-eligible activities.

The Guidelines in a nutshell

Aid may be granted for the following purposes:

In principle investment aid is allowed only for airports with annual traffic of less than 3 million passengers. The eligible costs are limited to infrastructure, buildings and equipment [excluding costs such as those for the construction of parking, shops, etc]. The aid intensity depends on passenger traffic and ranges from 25% to 75%. [It should be noted that if the airport is located in an assisted area, the costs which are non-eligible under the airport/airline Guidelines (e.g. parking facilities) may be eligible under the Regional Aid Guidelines.]

It is allowed only for airports with fewer than 3 million passengers per year. Operating aid may be granted only for a period of 10 years and may cover only up to 50% of the operating funding gap [see below].

Aid may be granted only for the launch of new routes from airports with annual passenger traffic of less than 3 million passengers. The eligible costs are the relevant airport charges and maximum aid intensity is 50% of those charges.

This kind of aid may be granted only to specific groups of citizens with well identified needs, such as for example, elderly, low income or disabled persons and residents of remote regions. The aid must be open to any airline. No maximum aid intensity is defined.

The Guidelines do not lay down new rules. The applicable rules are those in the 2012 SGEI package. But the Guidelines provide useful explanation of how an SGEI may be defined in relation to air transportation. For air transport services, an SGEI has to be defined in conformity with the provisions of Regulation 1008/2008 on common rules for the operation of air services in the EU. A PSO can be imposed only for specific routes which are not adequately served by the market and for which there are no alternative means of transport in their catchment area. For airports, a PSO may be imposed only when a particular region would be isolated without the airport. This could be the case for outermost regions defined in Article 349 TFEU and islands. The compatibility of aid to support an SGEI is assessed either on the basis of the SGEI Decision [Decision 2012/21] for airports with fewer than 200,000 passengers and airlines linking islands with fewer than 300,000 passengers or the SGEI Framework for airports and airlines with larger annual volumes.

In the article next week, I will examine three issues which, I believe, are not well explained by the Guidelines.

[2] The Guidelines can be accessed at:

[3] In addition, there are rules on short-term export credit and State aid to the film sector.