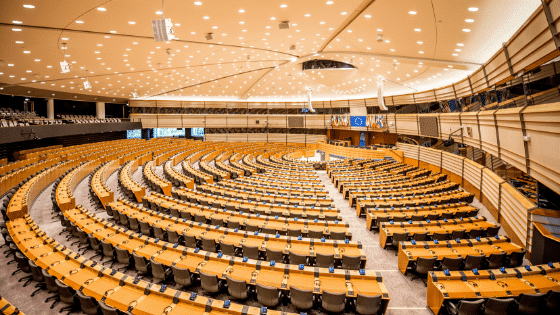 It is appropriate to start this year’s articles on State aid with an appraisal of one of the most important new legislative items for the period 2014-2020: the new de minimis rules. The European Commission adopted the new de minimis Regulation in mid-December and the formal text was published just before Christmas in the Official Journal of 24 December 2013.[2] The new Regulation elaborates a few points of the old Regulation [Regulation 1998/2006] but mostly maintains current rules and practice. This is probably the right approach to the treatment of de minimis aid. Member States and the Commission have gained experience in granting and controlling de minimis aid so there is no need for any significant deviation from present policy.

Member States wanted the maximum amount to be increased to EUR 300,000 or even EUR 500,000. They were also dead against a central register. I always thought that the Commission played a shrewd game in this respect. The Commission was well aware that the idea of a central register would be strongly opposed. I suspected that the Commission introduced it in the first drafts so that it could drop it in exchange for sticking to the threshold of EUR 200,000. I also thought that, in the end, the Commission would be willing to raise the threshold to about EUR 250,000, but I was proven wrong on this point. However, this is not an unwelcome development. Some public authorities tend to grant de minimis aid too readily. I am sure the Commission did not want to make it easier for these authorities to provide even larger subsidies of questionable need and dubious effectiveness.

All in all, the new de minimis Regulation offers continuity without expanding the role of de minimis aid. However, as explained later on, there are at least a couple of points that are likely to prove more problematic than the Commission believes or hopes.

The main provisions of the Regulation

Article 1 defines the scope of the Regulation. It applies to all sectors and activities with the following exceptions:

Where an undertaking is active in the fishery or agricultural sector and at the same time has other activities, de minimis aid may be granted to those other activities provided there is separation of costs.

Article 4 explains how to calculate the gross grant equivalent of aid. This is because de minimis aid must be transparent in the sense that the amount of aid should not depend on the risk profile of the beneficiary. Transparent aid falls in the following categories:

Article 6 lays down requirements on monitoring. Member State must inform undertakings that the aid they receive is de minimis aid and must check before providing it that a new grant will not breach the limit of EUR 200,000 per undertaking. These checks are not required whenever Member States set up a central register of de minimis aid. Member States must keep records for 10 fiscal years.

What is new and noteworthy?

As mentioned in the Introduction, the new de minimis Regulation largely elaborates current practice. There are, however, five new provisions or clarifications worth mentioning. There is also an omission to which attention must be drawn.

Second, the regulation defines the concept of “single undertaking”. In fact, the definition very much follows established case law which makes “control” the decisive element in linking separate legal entities.

Third, it is now also clearer that de minimis aid may be granted to an undertaking that has received other State aid as long as the de minimis aid is not used to top up that other aid beyond the allowable ceiling for the same attributable costs. Regulation 1998/2006 uses language that prohibits what is not allowed. The new Regulation also explains what is allowed.

Fifth, in addition to guarantees, the Regulation sets a threshold for loans and offers some guidance on how to calculate the GGE of aid in loans. Perhaps it is worth mentioning that,  despite the fact that Article 4 states that de minimis aid must be transparent [i.e. without any assessment of risk profile of the beneficiary], the calculation for the GGE of aid in loans must take into account at some point the credit worthiness of the beneficiary. But aside from this minor criticism, the main problem in relation to the provision on loans is that it is not clear how Member States should calculate the amount of de minimis aid in loans. From Recital 16 of the Regulation which supposedly offers a “clear rule”, one gets the impression that a loan of up to EUR 1 million for 5 years can be granted at zero interest rate. However, my calculation for such a loan when the prevailing interest rate is, for example, just 5%, leads to a GGE that exceeds EUR 200,000.

Lastly, it must be mentioned that the new Regulation, unlike the one it replaces, does not exclude from the scope of its application firms which are in financial difficulty [as long as de minimis aid is not in the form of a loan or guarantee]. This is puzzling because such firms are excluded from all other State aid regulations and guidelines with the exception, of course, of the rescue and restructuring guidelines. Certainly the strict conditionality of rescue and restructuring aid is contrary to the largely unconditional nature of de minimis aid. If one retorts that, strictly speaking, de minimis aid is not State aid, then why do the current and the future Regulations have rules on cumulation? It is because to the beneficiary a euro is a euro irrespective of its legal classification. In the end, whatever formal ceiling the Commission will fix in the forthcoming guidelines on rescue and restructuring aid, the actual ceiling will be EUR 200,000 higher.

The Impact Assessment that was carried out by the Commission before it revised the de minimis Regulation indicated that Member States found it problematic to determine whether a firm was in difficulty. Therefore, the Commission decided to make it easier for Member States to comply with the de minimis Regulation by removing the exclusion of firms in difficulty. This, however, places the convenience of compliance above the effectiveness of State aid rules. The vast majority of firms which are rescued or restructured have very low liquidity and/or very high indebtedness. A hand-out of EUR 200,000 will be like manna from heaven for illiquid or indebted firms. For sure Member States will top up rescue and restructuring aid with de minimis aid. What is worse is that the high rate of failure of firms that receive rescue and/or restructuring aid implies that the Commission may have inadvertently made is possible for Member States to waste more public money.

However, despite my qualms about the treatment of loans and my misgivings about the inclusion of firms in financial difficulty, the five new provisions/clarifications should make it easier for Member States to grant de minimis aid but at the same time the definition of single undertaking demonstrates that granting de minimis aid is not as simple as commonly and mistakenly thought. The granting authority must go beyond the façade of the legal entity and identify controlling interests. This can be a complex task, especially if the beneficiaries intend to obtain de minimis aid under false pretences.

[1] I am grateful to Mihalis Kekelekis and a Commission official who wishes to remain anonymous for comments on an earlier draft. Naturally, I alone am responsible for the views expressed here.

[2] The text of the Regulation as it is published in the Official Journal can be accessed at: