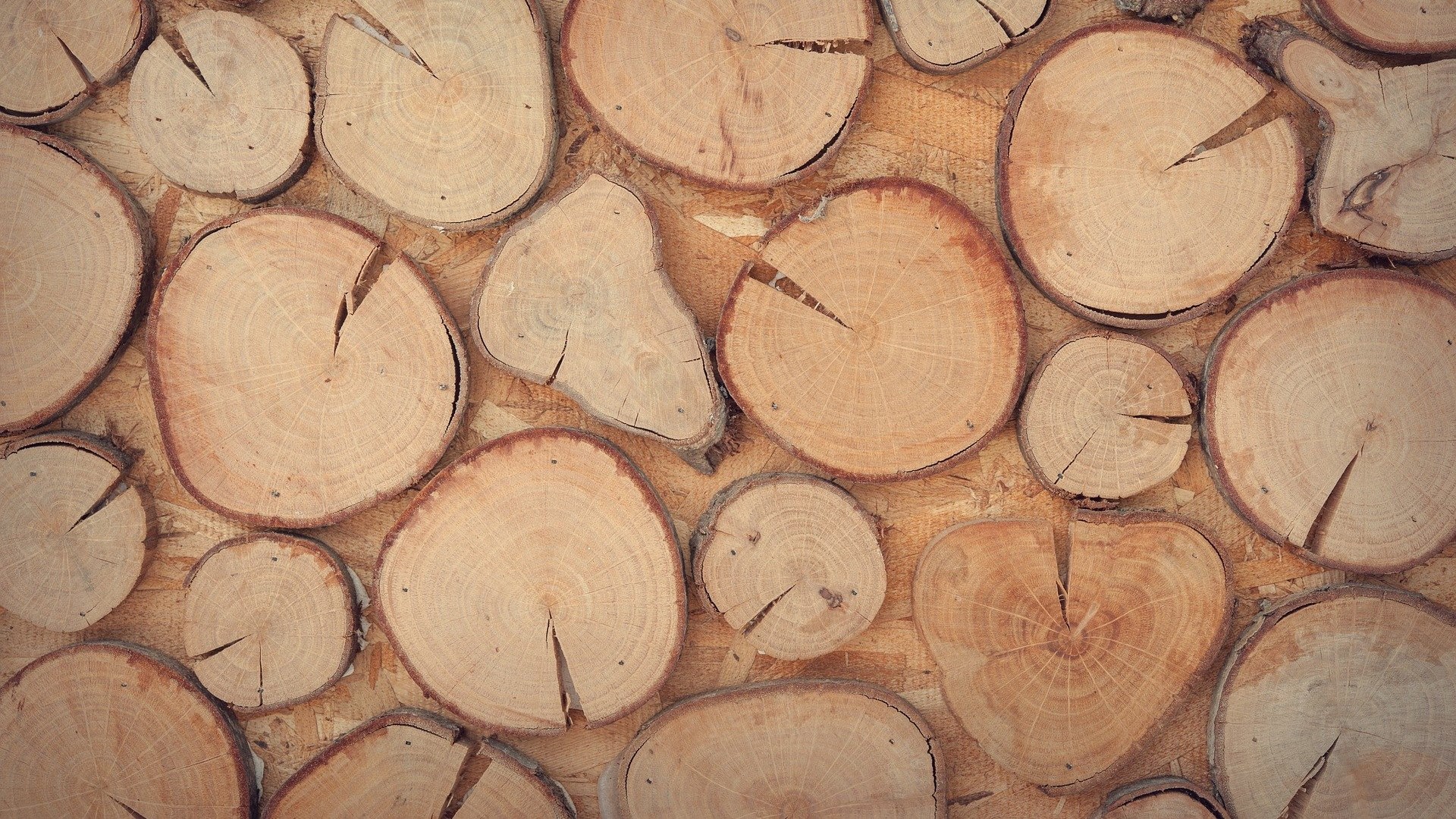 If different awards of de minimis aid bring the total amount over the ceiling of EUR 200,000, Member States may withdraw aid already granted or reduce the amount of aid that is scheduled to be granted or simply refuse to grant aid so as to ensure that the total remains below the ceiling for any three-fiscal year period.

A couple of years ago a clever official from a regional authority, who thought he had found a loophole in the de minimis regulation, asked me the following question: If an undertaking requests de minimis aid of EUR 200,000 from two public authorities on the same date and truthfully confirms on the date of its application that it has not been granted any de minimis aid in the previous three fiscal years, can it legally receive EUR 400,000?

On 28 October 2020, the Court of Justice confirmed in case C‑608/19, Istituto nazionale per l’assicurazione contro gli infortuni sul lavoro [INAIL] v Zennaro Giuseppe Legnami Sas di Zennaro Mauro, that indeed the de minimis regulation does not allow aid to exceed the threshold of EUR 200,000 under any circumstances and that Member States have discretion to determine how to adjust awards from different authorities so that the threshold is not exceeded.[1]

The Court delivered its judgment in response to a request for a preliminary ruling from an Italian court that was adjudicating a dispute between INAIL, which is Italy’s National Institute for Insurance against Accidents at Work, and Zennaro, a wood processing company, concerning INAIL’s refusal to pay a large proportion of de minimis aid that it had already approved for Zennaro.

In October 2014, INAIL notified Zennaro that it approved an amount of EUR 130,000 and that approval for the remaining EUR 65,000 required additional documentation from Zennaro.

INAIL rejected that offer and notified Zennaro that it had to forgo first the excess de minimis aid that had been granted by the other authorities.

In April 2016, Zennaro informed INAIL that it had returned EUR 15,000 and requested payment of EUR 130,000 that had already been approved so that the total would remain below the de minimis ceiling.

Zennaro lodged legal proceedings against INAIL. In September 2016, a regional administrative court found in favour of Zennaro, partly on advice by DG Competition. According to the information provided in the text of the judgment of the Court of Justice, DG Competition replied to “(17) a question which Zennaro had put to it on the interpretation of Article 3(7) of Regulation No 1407/2013. In its reply, DG COMP stated that the financial assistance could be proportionately reduced by the public body responsible for paying it, so as to comply with the de minimis ceiling, and that it was for the national authorities to choose the preferred option, both solutions – the proportionate reduction and the complete rejection of the financial assistance – being theoretically consistent with that regulation.”

Eventually, the regional court case reached the Italian court of appeals which put to the Court of Justice of the EU two questions:

First, must an undertaking that receives de minimis aid from different bodies, in order to remain below the de minimis threshold, reduce the amount that it initially requests or forgo in full or part previously granted aid?

Second, can either of the two options [“reduction” or “forgoing”] apply even if they are not expressly provided for in the national legislation?

The Court of Justice began its analysis by noting that “(26) Articles 3 and 6 of Regulation No 1407/2013 must be placed back in the overall context of that regulation, the purpose of which is to allow derogations, for State aid of a limited amount, from the rule that all aid must, prior to implementation, be notified to the Commission”. Since they are derogations, they must, as is the practice of the Court, be interpreted strictly.

Article 3 of the de minimis regulation defines the ceiling and conditions of de minimis aid and Article 6 concerns the checks that Member States must carry out when they grant de minimis aid.

The Court went on to observe that “(29) with regard to the terms used in the provisions of Regulation No 1407/2013 at issue, it is important to point out, first, that Article 3(7) thereof provides that ‘where the relevant [de minimis] ceiling […] would be exceeded by the grant of new de minimis aid, none of that new aid may benefit from [Regulation No 1407/2013]’. It is clear from the wording of that provision that the moment at which it is necessary to assess whether cumulation with other de minimis aid exceeds the de minimis ceiling is that of the ‘grant’ of the aid.”

“(30) Moreover, it is also apparent from the wording of Article 3(4) of Regulation No 1407/2013 that de minimis aid is deemed ‘granted at the moment the legal right to receive the aid is conferred on the undertaking under the applicable national legal regime, irrespective of the date of payment of the de minimis aid to the undertaking’.”

“(32-33) To that end, the referring court must take account of all the conditions laid down by national law for the grant of the aid in question. […] Consequently, in this case, it is for the referring court to determine the date on which the aid at issue in the main proceedings was granted”.

At this point the Court cites cases C-129/12, Magdeburger Mühlenwerke and C‑245/16, Nerea. I think that the very recent case T-745/17, Kerkosand v Commission, can also provide valuable guidance on the issue of when State aid is deemed to be granted. This case was reviewed here on 6 October 2020. It can be accessed at:

Then the Court confirmed that aid “(34) cannot, in accordance with the Court’s case-law, be considered to be granted on the date on which it is paid”.

“(36) With regard to Article 6(1) and (3) of Regulation No 1407/2013, those provisions provide that ‘before granting the aid, the Member State shall obtain a declaration from the undertaking concerned […] about any other de minimis aid received […] during the previous two fiscal years and the current fiscal year’ and […] that ‘a Member State shall grant new de minimis aid […] only after having checked that this will not raise the total amount of de minimis aid granted to the undertaking concerned to a level above the relevant [de minimis] ceiling’. It is thus clear from those provisions that the monitoring carried out by the Member States to ensure that the rules on cumulation are complied with must take place ‘before granting the aid’.”

“(38) As regards the context of which Articles 3 and 6 of Regulation No 1407/2013 are a part, it must be held that that regulation contains no provisions pursuant to which applicant undertakings may, if necessary, amend their applications for aid by reducing the amount thereof or by forgoing previous aid, so as to comply with the de minimis ceiling.”

“(39) Therefore, since, in accordance with Article 3(4) of that regulation, the granting of aid is governed by the applicable national rules, the Member States enjoy broad discretion when determining the procedure for granting such aid.”

“(40) In that regard, it should be noted that recital 21 of the regulation states that […] Member States must facilitate compliance with State aid rules ‘by establishing the necessary tools in order to ensure that the total amount of de minimis aid granted to a single undertaking under the de minimis rule does not exceed the overall permissible ceiling’.”

“(41) As regards the objectives of Regulation No 1407/2013, it should be noted that the de minimis legislation is intended to reduce the administrative burden on undertakings, the Commission and the Member States […], based on the principle, recalled in recital 3 of the regulation, that aid in an amount not exceeding the de minimis ceiling does not have any effect on trade between Member States and is not such as to distort competition.”

“(42) In the light of those objectives, the power of the Member States to grant applicant undertakings the right to amend their applications for aid until such aid is granted, by reducing the amount of the funding applied for or by forgoing previous aid already received, does not undermine the conduct of the procedure for examining their applications, since monitoring of the conditions for obtaining aid relating to compliance with the de minimis ceiling occurs only upon granting the aid.”

“(43) In the light of all the foregoing, the answer to the first question is that Articles 3 and 6 of Regulation No 1407/2013 must be interpreted as meaning that an undertaking, the Member State of establishment of which intends to grant it de minimis aid that, because of existing previous aid, would raise the total amount of aid granted to that undertaking to a level above the de minimis ceiling, may opt, until such aid is granted, to reduce the funding required or to forgo, in full or in part, previous aid already received, so as not to exceed that ceiling.”

The second question of the referring Italian court was whether an applicant for de minimis aid was allowed to reduce the requested amount or forgone previous aid even though the legislation of the Member State in question did not provide for the possibility of reduction or forgoing.

The Court of Justice replied that “(45) this question calls for an answer that is intrinsically linked to the answer to the first question. On the one hand, as stated in paragraph 38 above, Regulation No 1407/2013 contains no provision pursuant to which applicant undertakings may, if necessary, amend their applications for aid by reducing the amount thereof or by forgoing previous aid, so as to comply with the de minimis ceiling, and therefore imposes no obligation on the Member States to that effect. On the other hand, as is apparent from paragraphs 42 and 43 above, Member States may allow applicant undertakings to amend their applications for aid, so as to avoid that the grant of new de minimis aid raises the total amount of aid granted to a level above the de minimis ceiling, where such changes are made before the de minimis aid is granted.”

“(46) Consequently, the answer to the second question is that Articles 3 and 6 of Regulation No 1407/2013 must be interpreted as meaning that Member States are not required to allow applicant undertakings to amend their applications for aid before it is granted, so as not to exceed the de minimis ceiling. It is for the referring court to assess the legal consequences of the fact that undertakings do not have the option of making such changes, it being understood that they may be made only at a date prior to that on which the de minimis aid is granted.”

For Zennero this is not a good outcome because even though what it proposed was not contrary to EU law, INAIL was not obliged by EU law to accept it.

Photo by Pexels on Pixabay.