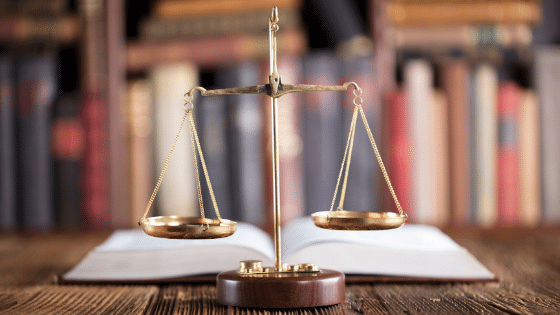 Normally it is conceptually and technically fairly easy to determine whether an undertaking benefits from a public measure. However, this task becomes considerably more difficult in two situations: i) when a public authority claims that it acts like a private investor and ii) when a public measure is intended to compensate for a disadvantage suffered by the beneficiary undertaking as a result of an action of a public authority.

In the former case, it is necessary to carry out an economic assessment of the profitability of the project funded by the public authority. In the latter case, the Court of Justice has recognised that if a public authority imposes a public service obligation and the compensation for those extra costs of that obligation complies with the Altmark criteria, then no advantage is enjoyed by the undertaking in question.

In other situations, the case law is not so clear on how the existence or not of advantage is to be determined. On the one hand, several recent judgments concerning aluminium producers in Sardinia, firms operating in the Venice region and French telecommunications companies and banks have made it clear that there is State aid in measures intended to offset “structural” disadvantages or higher costs caused by government regulation.

The reasoning of the Court here is straightforward. The natural, market and legal environments in which firms operate are the starting point for identifying any advantage. This starting point is shaped by market conditions and the state of competition between firms and the prevailing legal obligations that regulate what firms may or may not do. From this starting point any public measure or government decision that reduces the costs of firms [operating, investment, training, research costs, etc.] confers an advantage, irrespective of the motive behind it.

On the other hand, and with the exemption of Altmark and public service obligations, other judgments, albeit not so recent, appear to point to the opposite direction. In the landmark Danish bus judgment (Combus), the General Court seemed to accept that there was no net advantage in the offsetting of the disadvantage created by a public measure.

This posting examines a ruling of the General Court rendered on 16 September 2013, which dealt precisely with the issue of offsetting of disadvantages created by public policy. The Court based its ruling on the absence of a link between the measure that caused the disadvantage and the measure that provided relief.

After British Telecom (BT) was privatised in 1984, it continued to enjoy a special privilege – a so-called “crown guarantee”. This meant that the state guaranteed BT’s liabilities and BT could not go bankrupt.

Because of the crown guarantee, BT was later exempted from a levy which was imposed on companies for the purpose of financing a Pension Protection Fund (PPF). The objective of the PPF was to provide insurance cover to corporate pension funds in case a company would be unable to meet its financial obligations towards such a fund.

In February 2009 the Commission adopted Decision 2009/703, in which it found that the exemption from the PPF levy was state aid, that the aid was incompatible with the internal market and that it had to be recovered.

In its appeal BT put forth a number of arguments, the most important of which was that the state measures in its favour merely relieved it from extra costs. In other words, they were a form of compensation.

More precisely, BT maintained that the crown guarantee and the exemption from the PPF levy were intended to counterbalance the additional pension liabilities with which BT was lumbered when its employees lost their privileged civil service status at the time of privatisation.

The General Court examined BT’s argument by considering whether there was an “indivisible link” between the pension rights and the guarantee. The General Court stated that “the two mechanisms cannot be regarded as indivisible, as one can exist without the other, since, in the case of the additional pension liabilities, the aim was to protect the rights of certain employees in the context of the change in status of their employer, whereas, in the case of the guarantee, the purpose was to protect those employees’ rights in the event of their employer’s insolvency” [Paragraph 49]. “In that regard, the existence of a ‘temporal link’, owing to the fact that both mechanisms were adopted in the same regulations, is not significant.” [Paragraph 50] Because there was no indivisible link between the guarantee and the pension liabilities, the Court concluded that the latter could not be taken into account in determining whether BT enjoyed an advantage in the meaning of Article 107(1) TFEU.

BT then tried to show that it suffered from a structural disadvantage similar to that of the Danish bus company Combus which also had to bear higher pension liabilities when it was privatised [see T‑157/01, Danske Busvognmænd v Commission].

The Court responded to this argument by taking the view that a measure intended to offset a structural disadvantage cannot escape being classified as state aid, outside the criteria established in Altmark [Paragraphs 65-71].

The conclusion which can be drawn from the response of the Court is that the intention behind a measure intended to offset a disadvantage is irrelevant, except in an Altmark situation of compensation for public service obligations. This, however, leaves open the question whether, irrespective of intentions, the effect of an offsetting measure should also be disregarded. Presumably, in the case of BT, the positive effect of the exemption from the levy counterbalanced the negative effect of the additional pension liabilities, possibly leaving BT no better off and no worse off.

The Court tried to reinforce its conclusion by explaining that “if the exemption from the PPF levy were considered to be linked with the additional pension liabilities and to be intended to offset those liabilities, that would lead, in fact, to the question whether a measure constitutes aid within the meaning of Article 107(1) TFEU being assessed not on the basis of the effects of the measure at issue but on the basis of the objectives pursued by it.” [Paragraph 73] But in this case one would not just examine intentions or objectives but in fact assess the net effect of the liabilities against those of the exemption from the levy.

The Court based its conclusion primarily on a judgment by the Court of Justice which had found that Italian aid granted for the purpose of offsetting the structural disadvantages of undertakings based in Venice was still aid. But in that case, the disadvantage had not been caused by the Italian authorities. In the BT case, it was the UK government that caused the disadvantage. In fact, the Court also referred to a French case in which aid was also used to offset structural disadvantage caused by public policy and quoted the finding of the Court of Justice in that case: A “measure cannot be saved from categorisation as State aid where the beneficiary of the measure is subject to a specific charge which is different from and unconnected with the aid in question.” [Paragraph 72] But in this quote the Court of Justice implies that if a charge [i.e. structural disadvantage] and aid are connected, then their effects can indeed be considered together. Had the General Court simply maintained its line of reasoning that the exemption from the levy was separable from the pension liabilities then it would have been consistent with the quoted finding of the Court of Justice. Now, however, by focusing on intentions without examining the net effect of the two measures, the General Court appears to contradict itself and the case law it quotes.

The ambiguity as to whether the General Court looks at intentions or effects thickens a few paragraphs later on. The Court goes on to state “that if the objective of the measure at issue was to offset a structural disadvantage, consisting in the additional pension liabilities, such an objective could not be taken into consideration, as it is necessary to assess the effects of the measure at issue.” [Paragraph 76] But at the end of the same paragraph the Court also states that “it also follows that, as those additional [pension] liabilities did not have to be taken into account for the purpose of the analysis of the measure at issue, their financial cost, contrary to BT’s assertions, by comparison with the cost of the exemption from the PPF levy is irrelevant.” Here the Court says that the structural disadvantage had to be ignored because it was separable from the exemption from the levy. But if this is the foundation of the reasoning of the Court, it is very unclear why it considered it necessary to refer to the fact that a measure is considered as State aid on the basis of its effects and then neglect to compare the positive effects of exemption and the negative effects of the pension liabilities.

It is the most frequently reiterated principle of State aid law that a measure is characterised as State aid on the basis of its effects. BT did not contest this principle [it would have been foolish to do so.] BT argued instead that the effects of two measures had to be considered together. The General Court rejected this argument, primarily, on the grounds that the measures were separate – not “indivisible”. Had it stopped at this point, then it would have been clear that the effects of separate measures cannot be aggregated in order to determine whether their combined net effect is positive or negative. However, the fact that it tried to elaborate its analysis left open the question as to what it would have concluded if it had taken the next step of ac