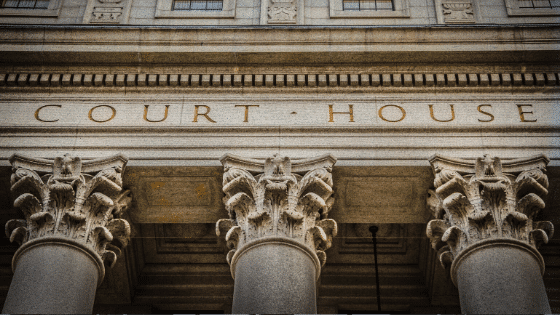 In December I examined the judgment in the case of Lufthansa v Frankfurt-Hahn, which laid down certain obligations for national courts whenever they are petitioned to suspend and even recover aid that happens to be at the same time under investigation by the Commission. In this article I review the judgment of the Court of Justice of 13 February 2014 in the long-running saga of the Italian decoders. It is an interesting and solid ruling, which makes more precise and also expands the tasks of national courts.

In 2007, the Commission investigated a measure concerning aid given by the Italian government to individuals to purchase decoders in order to receive signals from digital terrestrial broadcasters offering pay-TV services. Although the aid was granted to individuals, not undertakings, and despite the fact that the amount of aid per beneficiary was very small [about EUR 150], the Commission concluded in Decision 2007/374 that the real beneficiaries were terrestrial broadcasters and that the aid they received was incompatible with the internal market. Consequently, the Commission ordered Italy to recover the aid.

The Commission declared the aid incompatible for two main reasons. First, the aid was unnecessary and lacked incentive effect, as the market was naturally converting from analogue to digital technologies through its own mechanisms. Second, the aid discriminated between different broadcasting technologies. Normally, aid must be technologically neutral in order not to cause undue distortion of competition. In this case, the aid targeted terrestrial broadcasters at the expense of other platforms. It was no coincidence that the Commission began its investigation following a complaint submitted by Sky, a satellite broadcaster.

Since the Italian terrestrial broadcasters had not received a single euro directly from the government, it was not so clear how much Italy would have to recover. For this reason, the Commission indicated that the amount to be recovered was the difference between the extra revenue earned by the broadcasters – as a result of the increased demand due to the subsidy to decoders – minus the extra costs that the broadcasters incurred by expanding their services. It then left it to Italy to identify the exact beneficiaries and then to calculate the precise amount of recoverable aid.

It should be noted that, under EU law, the Commission is not obliged either to identify the exact beneficiaries of illegal aid or the precise the amount which has to be recovered. These are the tasks of the Member State that granted the aid in contravention of its obligation to notify it under Article 108(3). As EU courts have said in numerous cases, if the Commission were obliged to specify the beneficiaries and amounts of aid before it could order recovery, it would give an advantage to those Member States that failed to notify aid. In other words, the Member State that infringes Article 108(3) has to bear the costs of figuring out who benefits and by how much from illegal and incompatible aid.

After the Commission ordered Italy to recover the incompatible aid, three series of events unfolded.

First, there was correspondence between the Commission and Italy on the methodology of calculating the amount of aid that had to be repaid by the broadcasters.

Second, Mediaset, one of the two largest broadcasters in Italy, appealed against the Commission Decision. The General Court in its ruling in case T-177/07 (Mediaset v Commission) rejected the appeal, as it found that the Commission Decision was sound. Then Mediaset appealed again before the Court of Justice, which, in case C-403/10 P (Mediaset v Commission) agreed with the reasoning of the General Court and dismissed the action brought by Mediaset.

Third, Mediaset resisted in national courts the attempts of the Italian government to recover the incompatible aid. The main objections of Mediaset concerned the calculation of the amount which it had to repay to Italy. Depending on the precise method of calculation, the amount varied between EUR 5 million and 7 million. The national court therefore asked the Court of Justice for guidance.

The first issue for which the national court asked clarification was whether the various methodologies discussed between the Commission and Italy in the correspondence that followed the Commission Decision were binding on it.

The Court of Justice recalled that EU law does not require the Commission to fix the precise amount of the aid to be repaid. However, Member States are obliged to take all necessary measures to ensure implementation of a recover decision. “Those decisions are binding on all the organs of the State to which they are addressed, including the courts of that State.” [paragraph 23]

Although Commission recovery decisions are binding on Member States and on their courts, “the same cannot be said of the letters sent subsequently by the Commission to the Italian Republic as part of the exchanges to ensure the immediate and effective execution of that decision.” [paragraph 24]

Yet, the Court of Justice also reminded national courts that, although the opinions expressed by the Commission in its correspondence with Member States are not binding on them, they must still take them into account when identifying the beneficiaries and determining the amounts that the latter have to repay. [paragraphs 30-32]

Then the Court of Justice moved to the next issue for which the national court had asked clarification. It concerned the amount of aid. On the basis of the methodology adopted by the Italian government, and eventually approved by the Commission, a couple of broadcasters appeared to have received zero aid because they had not benefited from any increased demand caused by the subsidies for the purchase of decoders.

The Court of Justice ruled as follows. Since the Commission had not fixed the identity and amount of aid that had to be recovered from each beneficiary, it was the task of the national court to do so. Given that there are no specific provisions in EU law on how recovery is to be effected, recovery has to be carried out on the basis of national rules and procedures, in so far as those rules and procedures do not prevent recovery. Since recipients of incompatible aid most often, if not always, resist requests for repayment, it is the task of national courts to adjudicate disputes arising in connection with the enforcement of recovery orders.

If, as in the present case, the Commission order for recovery does not identify the individual recipients of the aid or the precise amounts of the aid to be recovered, it is up to the national courts to determine who and how much has to repay. “Where there are difficulties, it remains open to the national court to contact the Commission for assistance in accordance with the principle of cooperation in good faith laid down in Article 4(3) TEU.” [paragraph 35]

National courts are obliged to take into account “all relevant information”, “including the exchanges between the Commission and the national authorities”. Accordingly, the Court of Justice concluded, “and without calling into question the validity of the Commission’s decision or the obligation to repay the aid declared unlawful and incompatible with the internal market, the national court may fix an amount of aid equal to zero to the extent that that determination follows directly from the quantification of the sums to be recovered.” [paragraph 39]