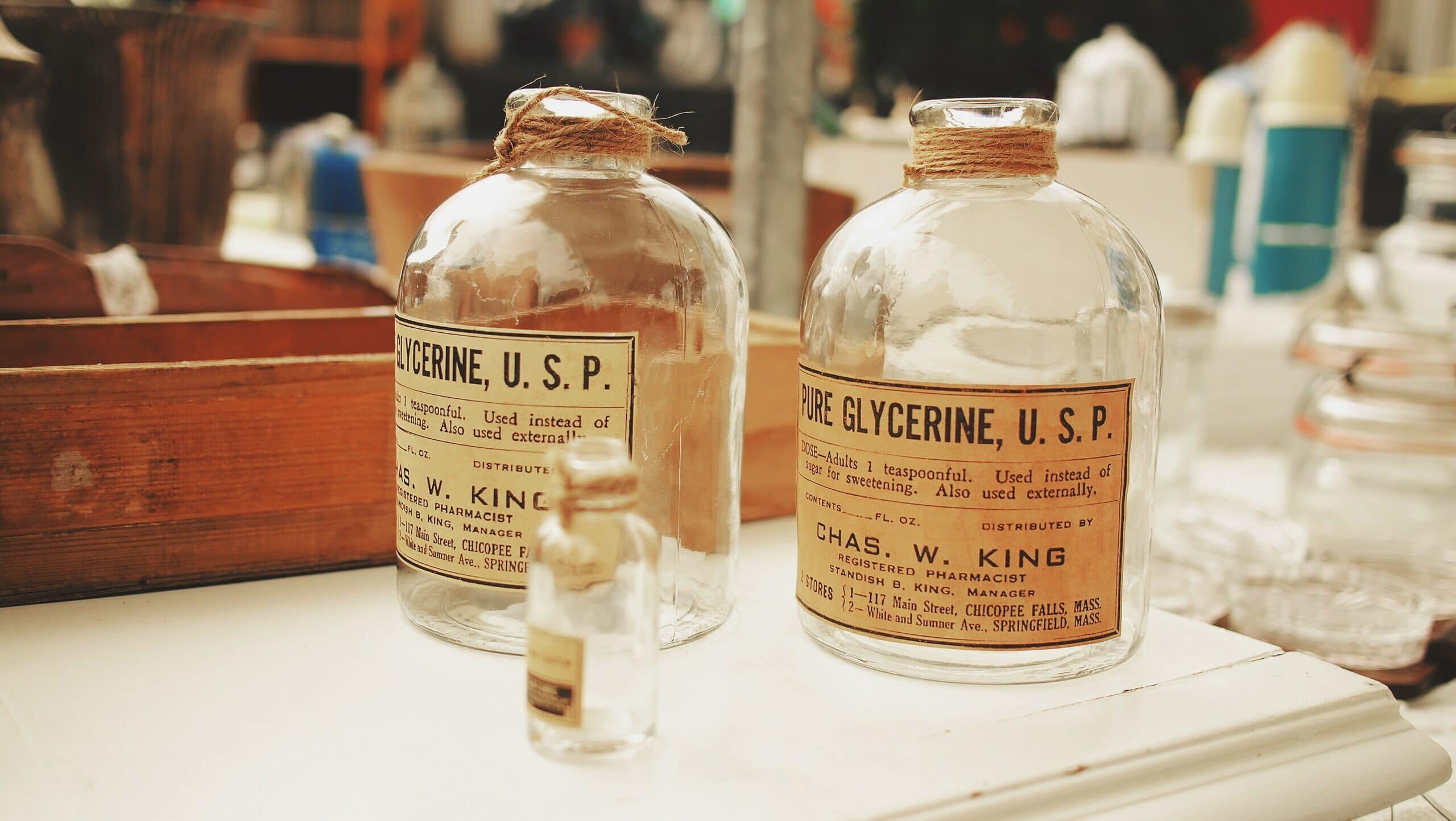 The Commission’s assessment of the effects of mergers on innovation has fascinated scholars and practitioners for the last two years or so. On 12 April 2018, the Commission’s Deputy Director General for Mergers Carles Esteva Mosso comprehensively addressed the issue at the Spring Meeting of the ABA Section of Antitrust Law. This blogpost traces earlier developments and gleans new insights from the most recent Commission statement.

The innovation theory of harm

Innovation in merger control has been called many things. Some noted that ‘[i]nnovation seems to have become the new “Greater Good” the Commission is pursuing when reviewing mergers’. Others opined that ‘[b]y and large, there is nothing really new under the sun.’ In addition to shorter contributions, the issue has also lead to a number of academic papers (ranging from the fairly to the very recent).

Innovation is certainly no new parameter of competition, nor is it a stranger in merger control procedures. The Horizontal Merger Guidelines, which date back to 2004, already acknowledge innovation as one of the consumer benefits brought about by effective competition (next to low prices, high quality and wide choice). More specifically, the Guidelines state:

In markets where innovation is an important competitive force, a merger may increase the firms’ ability and incentive to bring new innovations to the market and, thereby, the competitive pressure on rivals to innovate in that market. Alternatively, effective competition may be significantly impeded by a merger between two important innovators[.]

The Commission is specifically concerned with products that are still in development (‘pipeline products’). According to the Guidelines, ‘a firm with a relatively small market share may nevertheless be an important competitive force if it has promising pipeline products.’ When this firm is acquired by another firm with a similar, existing product, potential competition decreases. Such a merger may therefore result in (i) higher prices, whether or not the competing pipeline product is eventually brought to the market; and even (ii) the discontinuation of the pipeline product, leading not only to higher prices but also limiting consumer choice.

Cases along these lines have been especially prevalent in the pharmaceutical sector. In Medtronic/Covidien (2014) and Pfizer/Hospira (2015), for example, one of the merged parties had a drug in an advanced stage of development, while the other party already marketed a competing product. The Commission approved each of these mergers conditional upon the divestment of the pipeline drug in order to safeguard future competition.

Further and further down the pipeline

The above cases were fairly uncontroversial, as there is only a small difference between current and near-future competitors. However, the Commission has also been looking further down the pipeline. In Novartis/Glaxosmithkline Oncology Business (2015), for example, the Commission was concerned with both late-stage (phase III) and earlier-stage (phase I and II) pipelines in connection with the same drugs, ordering a divestment of the former and behavioural remedies with regard to the latter. Such an approach has drawn criticism from authors who note that relatively few drugs in phase I or phase II make it to the next stage of development (11% and 30%, respectively).

The notion of potential competition was broadened even further in Dow/DuPont (2017), a merger decision in the seeds and pesticides market. The Commission was not only concerned with early pipeline products and lines of research, but also with the likely reduction in overall innovation efforts following the merger. According to one commentator, the Commission was essentially asking: ‘[A]re these the companies most likely to compete against each other to develop products, as yet unknown, in a certain field?’. The innovation theory of harm in the Commission’s Bayer/Monsanto merger decision (March 2018; only a press release available) seems slightly more narrow, referring only to early pipeline projects and R&D lines of research.

Let’s hear it from the Commission

Commission Deputy Director General for Mergers Carles Esteva Mosso recently addressed the issue in speech, which – on paper – reads very much like a policy document (due to its length and referencing). As such, it is a welcome addition to the Commission’s competition policy brief on EU merger control and innovation from 2016.

Citing ICI/DuPont (a case from 1992, i.e. three years after the adoption of the Merger Control Regulation), Mosso reminds us that ‘[t]he Commission was mindful of the effects of mergers on innovation since the very beginning of EU merger control.’ He concedes, however, that enforcement practice has been concerned mainly with the short-term impact of mergers, and offers statistics to illustrate the point: Out of a total of 73 interventions in the last three years (2015-17), ‘[t]he overwhelming majority of our interventions were based on horizontal static unilateral effects on prices (66 cases). Innovation concerns were identified in 10 cases, usually in addition to static price concerns.’ Innovation competition is thus not a new parameter in merger control investigations, but it remains a relatively rare one.

Mosso then goes on to distinguish two types of innovation concerns in mergers. The first one relates to pipeline products that are usually quite developed, likely to reach commercialisation and are already known to target a specific product market. The second type of concern relates to innovation at earlier stages, which encompasses not only early yet market-specific R&D efforts, but also ‘wider innovation areas’. Placing Dow/DuPont in the second category, he mounts an elaborate defence of the Commission’s decision in that case.

Perhaps most interestingly, Mosso indicates under which conditions a merger involving innovation at earlier stages may have negative effects (through discontinuation, delay or re-orientation of overlapping lines of research):

Typically innovation can be stifled by mergers which bring together important and close innovators with similar R&D capabilities, in a sector where innovation is an important parameter of competition, the number of effective innovation players can be reliably identified and is limited, and the barriers to entry are high.

However, Mosso also notes that mergers can foster innovation. Increased innovation may constitute a countervailing efficiency in merger cases under three conditions, namely verifiability, merger-specificity and pass-on to consumers. A merger could for example, allow the parties to share knowledge more effectively, and to internalise involuntary knowledge spill-overs. Yet Mosso adds that in industries where protection against imitation is strong already (for example thanks to effective IP rights), it is less likely that a merger would increase the incentives to innovate by internalising knowledge spill-overs. The only case where innovation efficiencies played a significant role remains TomTom/Tele Atlas, where the parties possessed complementary rather than overlapping innovation capabilities (navigation systems and maps) in a sector with more limited IP protection.

Innovation competition is not a new concept, but its importance is definitely growing. One noticeable trend is that the Commission is looking further and further down the pipeline when formulating its innovation concerns. Still, according to Mosso, the Commission’s decision so far ‘have not been based on any presumptions regarding innovation effects but relied on a meticulous, fact-based analysis.’

Finally, other Commission initiatives also concern innovation in merger control. Most notably, it is considering the introduction of value-based notification thresholds in addition to the current turnover-based ones (see e.g. here and here). This idea is spurred by the digital economy, where the acquisition of promising start-ups may escape the current notification thresholds, ‘even in cases where the acquired company already plays a competitive role, holds commercially valuable data, or has a considerable market potential for other reasons’. That discussion, however, deserves a blog post of its own.