You are here: Lexxion > Competition Blogs > The antitrust books you should’ve read in 2020 [part 2] 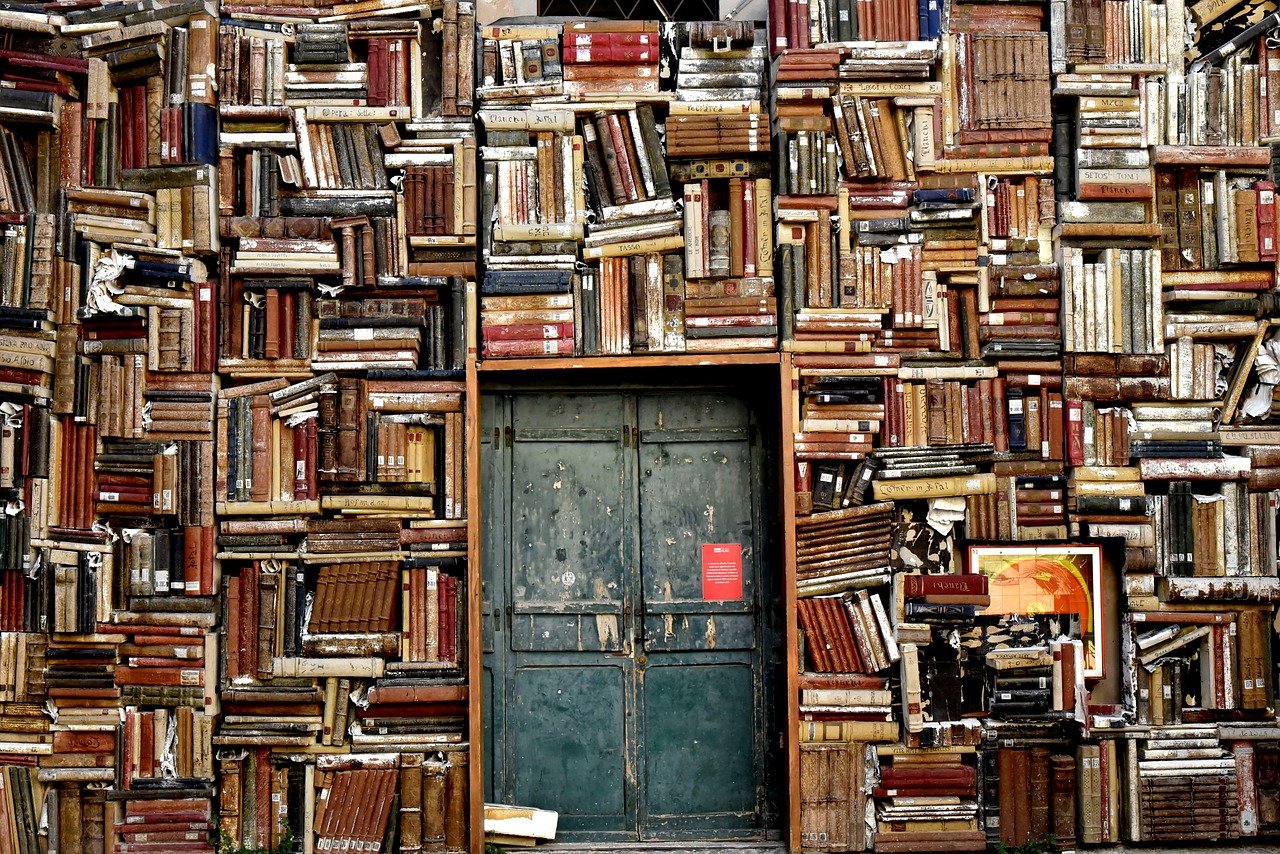 In a CoRe Blog post last month, I introduced the first three ‘antitrust books you should’ve read in 2020’. In this second instalment, I take a look at the next and final three books. Two books, Big Tech and the Digital Economy and Controlling Mergers and Market Power, offer fresh and thoughtful analyses of two crucial but controversial branches of antitrust law: abuse of dominance and merger control. The third book, The Brussels Effect, examines the influence of EU (competition) policy on the global stage.

‘Big Tech and the Digital Economy: The Moligopoly Scenario’ by Nicolas Petit

In short: A lot of what Nicolas Petit calls ‘airport books’ (p. 93) have been written about today’s Big Tech players. Many more academic books include insightful chapters on Big Tech, or deal with related issues (see under ‘further reading’). However, Petit distinguishes his book from all of those by providing a deeply researched, in-depth account of digital monopolization while also offering a novel way of examining the issue. He starts by reviewing the two dominant approaches to Big Tech, which he terms ‘Neo-Structuralism’ (also known as the New Brandeis Movement) and ‘Consumer Welfarism’, but concludes that both have methodological issues: the former has an ‘is–ought’ problem, while the latter falls prey to either the ‘argument from ignorance’ or ‘Nirvana’ fallacy (depending on the variety). Petit offers a ‘third way’: the Moligopoly Hypothesis.

The Moligopoly Hypothesis starts from the observation that, while the FAANG firms are generally perceived as monopolies, their own Forms 10-K and third-party market research point to intense competition—in particular from each other (through indirect entry in new markets). Moreover, tech giants do not operate as textbook monopolists; for example, due to network effects, they are motivated to expand output rather than limit it. Network effects can tip a market in favour of one player, but before that happens, competing firms have to deal with significant uncertainty, which keeps them on their toes. Consequently, ‘antitrust should focus on cases of harm to competition in markets that have tipped, and be more forgiving to toward the leveraging of market power in untipped markets.’ (p. 172)

Favourite chapter: After a deep, data-rich dive into competition between tech giants, Petit turns to the competition law implications in Chapter V. Antitrust in Moligopoly Markets. Among others, he deals with interoperability, killer acquisitions, and leveraging (through a particularly sophisticated rule, see pp. 212–13). If you misinterpreted the Moligopoly Hypothesis as inherently anti-interventionist, this chapter is sure to upset that impression. For example, Petit goes as far as proposing that ‘antitrust might subject horizontal mergers on a tipped market to a non-rebuttable presumption of consumer harm.’ (p. 201)

Quotable: The central thesis of Petit’s book is worth repeating: ‘What matters is this: antitrust must limit monopoly rent extraction by big tech firms in tipped markets, and promote indirect entry toward untipped markets under conditions of neutrality between established tech giants and new firms.’ (p. 237) While the thesis is novel and not uncontroversial, Petit’s elaborate defence shifts the burden of proof to those challenging it.

Further reading: In The Antitrust Paradigm, Jonathan Baker dedicated Part II to ‘Antitrust Rules and the Information Economy’. John Kwoka offers prescriptions on digital mergers and—to a limited extent—monopolization (see below). Viktoria Robertson wrote an insightful book on market definition and innovation, which underpins analyses of both tech monopolization and mergers. Finally, Francesco Ducci has published a volume on digital platform markets taking a natural monopoly perspective. All of those are well worth a read!

‘Controlling Mergers and Market Power: A Program for Reviving Antitrust in America’ by John Kwoka

In short: Controlling Mergers and Market Power is not John Kwoka’s first book on the subject. In 2014, he published Mergers, Merger Control, and Remedies. As the subtitle of that book—‘A Retrospective Analysis of U.S. Policy’—indicated, it examined past merger (control) experience. By contrast, ‘the objective of this monograph is forward-looking: to provide a roadmap for reviving merger control’. (p. 13) Kwoka starts by reviewing two interrelated issues. Firstly, he shows—relying on extensive data regarding concentration, entry, and profits—that the state of competition in the U.S. economy has been eroded since the 1990s. Secondly, and in part causing the first, Kwoka points towards an overly permissive merger policy, with agencies engaging in ever fewer enforcement actions.

Kwoka does not stop at diagnosing the problem, but proposes a variety of remedies that are ‘neither the small tweaks that some have proposed, nor the complete overthrow of the current framework advocated by others.’ (p. 20) Kwoka qualifies his reform program as ‘comprehensive’ and is not exaggerating in the slightest. For one, he advocates for actually enforcing the agencies’ Merger Guidelines, which have been progressively loosened over the years but are not even upheld in their more permissive form. Based on a study of historic error rates, Kwoka also argues for bringing back structural presumptions: ‘The agencies should employ a nearly-irrebuttable presumption against mergers resulting in one, two, or three competitors, and a still formidable presumption against those resulting in four or five competitors.’ (p. 63) And Kwoka doesn’t stop there: further recommendations concern the assessment of efficiencies and barriers to entry, monopsony power, merger remedies, common ownership, retrospective studies, and agency resources, among others.

Quotable: ‘This overall permissiveness [of antitrust policy] has had widespread effects throughout the economy, but it takes on special significance in the tech sector. The five major tech firms have acquired more than 600 companies, some of which would likely have evolved into rivals to their dominance or at least limited their extension into other sectors. Out of these hundreds of acquisitions, there has been exactly one court challenge [Google/ITA], and that one was settled with a remedy of doubtful effectiveness.’ (p. 18) Kwoka recommends a reversal of the burden of proof for dominant tech platforms, and that ‘[c]onsideration should be given to dissolving past tech sector mergers’. (p. 116–17)

‘The Brussels Effect: How the European Union Rules the World’ by Anu Bradford

In short: In the preface, Anu Bradford writes that the idea for The Brussels Effect ‘was born as a reaction to the nearly constant public commentary about the European Union’s demise or global irrelevance that permeates modern popular discourse.’ However, such commentary originates from an outdated view of power, and Bradford offers a fresh narrative: notwithstanding any financial and political shortcomings, the EU is—and is likely to remain—a major force in the global economy through regulation. The EU’s ability to regulate the global marketplace or ‘Brussels Effect’ comes in two forms: de facto (corporations respond to EU regulations by adjusting their global conduct) and de jure (foreign governments adopt EU-style regulations, often in response to lobbying by corporations seeking a level playing field). Bradford elaborately supports the existence and operation of the Brussels Effect, clarifying the underlying factors (market size, regulatory capacity, stringent standards, inelastic targets and non-divisibility), all of which results in a sophisticated, information-rich yet fluent argument. She also makes the Brussels Effect tangible by reviewing four case studies, namely market competition, the digital economy, consumer health and safety, and the environment.

While it is difficult to deny the existence of the Brussels Effect, one can question whether it’s a positive force. When competition lawyers joke that technology is now ‘designed in California, made in China, and regulated in the EU’, they don’t mean it as a compliment. In the penultimate chapter, Bradford takes up the question whether the Brussels Effect is beneficial given regulatory costs and a potentially deterring effect on innovation. She also asks whether the Brussels Effect amounts to regulatory imperialism, and to which extent it can be constrained by foreign governments. After having carefully weighed the costs and benefits, she concludes that ‘on balance, the Brussels Effect is more likely to generate net benefits that are valuable—even if not uniformly in all instances and for all the people.’ (p. 263) Wherever you stand on the issue, either as EU critic or supporter, the book is a must-read to understand the place of modern-day Europe in the world.

Favourite chapter: While the case study on market competition (Chapter 4) is of particular interest to antitrust aficionados, I found the evaluative Chapter 8. Is the Brussels Effect Beneficial? the most interesting. In this chapter, Bradford also addresses the elephant in the room, namely whether the Brussels Effect reflects regulatory protectionism (pp. 241–47). Relying on academic research and (earlier) case studies on competition (pp. 103–6) and data protection (pp. 140–1), she —in my view rightly—concludes that it does not.

Quotable: ‘In the absence of compelling evidence of any systematic protectionism guiding the EU’s regulatory agenda, a more plausible explanation might be that the EU is simply a tough regulator—whether against foreign or domestic firms.’ (p. 246)

Further reading: The Brussels Effect builds on David Vogel’s work on the California Effect, set out, for example, in his 1995 book Trading Up: Consumer and Environmental Regulation in a Global Economy. We could one day see the Beijing Effect replace the Brussels Effect, although Bradford doubts that (pp. 266–70). If that happens, we’ll have another interesting book to read.

I’ll be back with new reviews/recommendations next year!