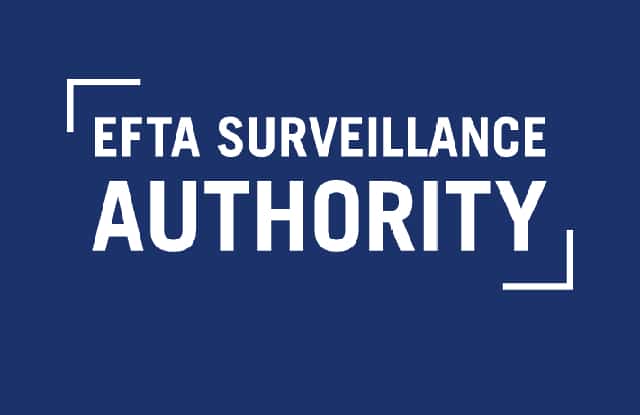 We are happy to welcome two young professionals on the State Aid Blog today. Guðmundur Guðmundsson and Amie Eliassen are trainees at EFTA Surveillance Authority in the Competition and State Aid Directorate and give their insights on working in this dynamic and multicultural work environment. You want to apply for a traineeship yourself? Read on for more information.

The EFTA Surveillance Authority (ESA) ensures that Norway, Iceland and Liechtenstein (the “EFTA States”) comply with their obligations under the EEA Agreement, including State aid law. As trainees in ESA’s Competition and State Aid Directorate, we work regularly on State aid and competition cases. The traineeship allows trainees to specialise in State aid and competition law within a dynamic and multicultural work environment. In other words, a unique opportunity for young lawyers and graduates!

This post is a short introduction to the EFTA Surveillance Authority, its organisation and enforcement powers and highlights some recent State aid decisions of the Authority. More information on the traineeship itself and how to apply are detailed below.

1. Competition and State Aid at ESA

The Authority is led by a College which consists of three members and is served by four departments that form the staff of the Authority: the Internal Market Affairs Directorate, the Competition and State Aid Directorate, the Legal and Executive Affairs Department and the Administration.

2.1 State Aid at the Authority

Control and guidance in the field of State aid is an important task for the Authority. Traditionally, aid has had to be notified to, and approved by, the Authority before it could be granted by an EFTA State. With the reform of the State aid rules in 2014, the General Block Exemption Regulation (“GBER”) was extended significantly, exempting a wide category of aid measures from notification. Norway has made great use of the GBER, exempting 87 measures under the scheme in 2014-2015. Iceland has exempted two schemes, whilst Liechtenstein has yet to make use of the GBER. Monitoring of the GBER has therefore become an important task for the Authority in order to ensure that the EFTA States apply the provisions of the GBER correctly.

State aid that does not fall within the GBER, still requires prior notification to the Authority. Environmental aid in Norway and power contracts in Iceland are among the significant notified cases dealt with by the Authority in 2015. Tax measures, however, comprise more than 60% of all aid in the EFTA States.

2.2 Power and Transmissions Contracts in Iceland

According to settled case law of the Court of Justice of the European Union, whether a State measure constitutes aid depends on whether the recipient undertaking receives an economic advantage which it would not have obtained under normal conditions. In doing so, the Authority has to apply the market economy operator (“MEO”) test, which in essence provides that State aid is granted whenever a State makes funds available to an undertaking which in the normal course of events would not be provided by a private investor applying ordinary commercial criteria and disregarding other considerations of social, political or philanthropic nature.

However, the Icelandic electricity system is isolated and at present there is no interconnection. There have been discussions about an interconnector between Iceland and the United Kingdom but no decision has been taken yet. Therefore, a market price is not readily available, given the peculiarities of the Icelandic electricity market. A large majority of all electricity is sold to a few customers, which all have concluded long-term agreements with the domestic power providers at different points in time. This isolation and the abundant potential to produce electricity in Iceland are assumed to be the main reasons for the differences in the price of electricity in Iceland and elsewhere in the EEA.

Against this background, the Authority based its assessment on indicators other than “pari passu” transactions; an open, transparent, non-discriminatory and unconditional tender procedure; or comparable transactions carried out by comparable private operators in comparable situations.

The Authority reviewed the contracts taking into consideration the economic calculations relied on by the parties to the agreements, economic terms of the agreements and other contractual conditions. The Authority found that in both cases, the power purchase agreements, and the transmission agreements generate an acceptable rate of return and therefore were concluded on market terms and did not entail State aid.

It is safe to say that these two cases follow a trend of State aid cases from Iceland concerning the electricity market. At this point in time, a similar power purchase agreement is currently in a pre-notification phase and the Authority anticipates more notifications in the not-too-distant future.

Each year six candidates are invited to join the EFTA Surveillance Authority trainee programme for eleven months. The Authority offers two positions in CSA, two positions in IMA, one position in LEA and one position in Press and Information. The traineeship provides young professionals and recent graduates from the EEA EFTA States (Iceland, Liechtenstein and Norway) a unique opportunity to experience and participate in the work of the Authority and the inner workings of the EEA Agreement. The Authority offers a competitive monthly allowance, free, furnished and private accommodation in Brussels, private health, life, invalidity and travel insurance and reimbursement of travel costs upon taking up and leaving the traineeship.

The trainees become part of the working environment of CSA, and are included in annual international “package” meetings in Norway and/or Iceland, where the Authority’s main State aid and commission cases are discussed with Norwegian and Icelandic authorities. Every year, the trainees in CSA, IMA and LEA are taken to Luxemburg, and given the chance to witness proceedings of the Authority in front of the EFTA Court.

The deadline for applications for this year’s traineeship is the 6 March 2016. Applications must be submitted on the Authority’s website:

We highly encourage young lawyers who are interested in EEA matters to apply for the traineeship at ESA. It is an opportunity to gain international working experience while exploring the legal framework of the EEA agreement.