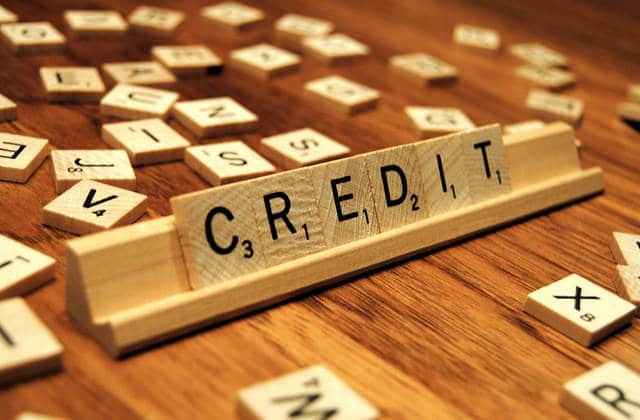 A state guarantee is presumed to lower borrowing costs. However, any other benefits in relation to customers or suppliers have to be proven.

On 26 May 2016, the General Court rendered its judgment in case T-479/11, France v Commission concerning the IFP.[1] France appealed against Commission decision 2012/26 which found that France granted aid to IFP. IFP iIFP s a public research institution with three missions of general interest: research in oil and gas exploration and petrochemical technologies; training of engineers and technicians; and information and documentation related to petrochemicals. In addition, IFP controls three commercial companies with which it has concluded exclusive agreements for research and licensing.

IFP enjoyed an implicit and unconditional state guarantee. The ruling grapples with the issue of how to value such a guarantee. One would have thought that the undertaking which is covered by an unconditional state guarantee always derives an advantage, but as we will see, this is not the conclusion in this case. The guarantee confers an advantage only when it influences the behaviour of those who deal with the covered undertaking. For example, the guarantee may induce them to offer cheaper credit or lower prices to it or to accept terms which are less favourable than those that apply to their transactions with other undertakings.

The Commission has dealt with state guarantees largely in relation to their effect on loans obtained by the undertakings that benefit from those guarantees. With respect to unlimited guarantees, its standard practice [see, for example, its decisions on German and Austrian regional banks and on the French post office – La Poste] is that they constitute incompatible State aid not just because they enable the beneficiaries to obtain more favourable credit terms on the market, but above all, because no premium is paid for all the possible contingencies and because any contingency is covered regardless of risk and amount.

Based on this reasoning, the Commission concluded in decision 2012/26 that the economic activities of IFP benefited from State aid. However, it approved the aid for being compatible with the internal market on condition that France would limit the guarantees by complying with the 2008 communication on guarantees.

It should be noted that in an earlier decision [2009/157], the Commission examined the relationships between IFP and its commercial subsidiaries and requested France to separate the economic from the non-economic activities of IFP. The Commission also found that other public funding received by IFP was not State aid.

France argued that IFP enjoyed no advantage in its relations with banks and other creditors as a result of the state guarantee.

The Court first reiterated that the concept of aid includes not only positive benefits but also interventions which mitigate the normal burden on the budget of an undertaking and which without being subsidies in the strict sense are similar and have the same effect. It also recalled that it is the task of the Commission to prove that all of the criteria of Article 107(1) TFEU are fulfilled. In particular, the Commission has to verify whether an undertaking receives an economic advantage which it would not have obtained under normal market conditions. In this connection, the Commission has to conduct a full analysis of all relevant elements of the operation at issue and its context, including the situation of the beneficiary undertaking and of the relevant market. [Paragraph 71]

The Court noted that the Commission had found that IFP obtained financing on the market. However, when it reviewed the conditions of the loans received by IFP and other credit lines until the end of 2010, the Commission concluded that those conditions were consistent market terms. Although the Commission inferred that during the period from 2006 to 2010, the IFP did not enjoy any abnormal advantage, it could not exclude the possibility that an advantage could arise in the future. [Paragraph 79]

With respect to relations between IFP and its suppliers, the Commission considered that prices charged by the suppliers could have been lower as a result of the lower risk of default. An advantage was also found in the relations between IFP and its customers. Since IFP could not go bankrupt, it would always be able to carry out its projects and perform the services it offered to its customers without having to obtain a performance bond to assure them that it could fulfil its contractual obligations. IFP benefited from not having to pay for performance bonds. [Paragraphs 80-81]

The Court noted that the Commission explained that IFP derived an advantage, and State aid, because the interest and prices charged by banks and suppliers, respectively and the prices that customers were willing to pay were different for comparable transactions for which there was no state guarantee. The Court concluded that this was a legally correct method [paragraph 83]. Indeed, the perceptions of creditors, suppliers and customers could have been influenced by the guarantee [paragraph 86].

However, the General Court proceeded to fault the Commission for not proving the existence of any advantage. According to the Court, the Commission did not adduce any tangible evidence that the actual interest and prices charged or paid were in fact different from comparable transactions, that any detected difference was caused by the guarantee and not other factors such as bulk purchasing or competition between suppliers and that the suppliers and customers were aware of the guarantee and the fact that it could protect IFP from bankruptcy [paragraphs 90-102]. Moreover, the Court noted that, while in the case of creditors, the Commission examined each line of credit, for the suppliers the Commission limited itself to an abstract and general argumentation [paragraph 107].

The General Court also censured the Commission for its confused and confusing reasoning on who benefited from the state guarantee to IFP. The Court noted that at some points in its decision the Commission indicated that it was the customers who benefitted because they did not face the risk of default by IFP. Yet at other points the Commission took the view that it was IFP which was the beneficiary because it avoided obtaining insurance to cover possible failure to fulfil its contractual obligations. [Paragraphs 119-124]

The Commission’s response was that it was irrelevant who avoided to take out insurance. In either case costs and therefore prices were lower than in the absence of the guarantee [paragraph 125]. The Court rejected this explanation because the Commission decision should have been clear as to who was the recipient of the aid in the implicit and unlimited guarantee [paragraph 126]. The Court also noted that while the benefit derived by IFP in relation to its creditor banks it was cheaper credit, the benefit in relation to IFP’s customers was in the form of lower prices charged by IFP. The Court considered this to be inconsistent with the reasoning that IFP avoided to take out insurance [paragraphs 127-128].

Indeed, if the state guarantee made IFP less risky as a business partner, then IFP should have been charging its customers a premium for the extra security, resulting in higher prices. If the beneficiaries were the customers who avoided taking out insurance, then they should have bid up the prices of IFP’s products because they would increase their demand for products that did not require the costly performance bond. Perhaps the Commission was right that it was irrelevant who avoided to pay out for insurance. But in either case prices should have gone up as a result of the state guarantee rather than down.

In its defence, the Commission first argued that according to the judgment of the Court of Justice in the La Poste case [C-559/12 P], to prove the existence of advantage provided by a guarantee inherent in the status of a public undertaking, it was not necessary to demonstrate the real effects of the guarantee. The advantage could be presumed when the existence of the state guarantee was proven. Furthermore, the Commission contended that to demonstrate the existence of State aid, it was sufficient that a public measure was capable of conferring a benefit to the recipient, without having to verify the extent of the benefit [paragraphs 134-135].

The Court rejected those arguments. More importantly, it explained that the possibility of recourse to a presumption as a method of proof depends on the plausibility of the assumptions on which it is based. Thus, in the judgment on La Poste the Court of Justice held that a borrower who takes out a loan guaranteed by a public authority normally gets an advantage [paragraph 136]. In the case of IFP, the General Court said, the plausibility of the assumption that the state guarantee automatically resulted in an advantage was not self-evident because the difference in prices in the transactions between IFP and customers could have been caused by other reasons whose impact the Commission failed to consider [paragraphs 139-140].

However, a couple of paragraphs later, the General Court raised a more important objection to the methodological approach of the Commission. The Court of Justice in La Poste referred to the advantage emanating from a state guarantee in relation to the more favour credit that the beneficiary was able to obtain from banks. The Court stated that this presumed advantage did not lead to the conclusion that a similar advantage could exist in the relations between IFP and its supplies and customers. Any such advantage could not be presumed, it had to be proven. [Paragraphs 142-146]

The General Court also referred to the Residex case [C-275/10] and noted that in that instance there was no doubt that the borrower benefitted from a state guarantee because it was already in financial trouble. [Paragraph 150]

This is an unfavourable outcome for the Commission. The benefits of a state guarantee can be presumed only in the case of borrowing. For other transactions it has to be proven that the guarantee disturbs market conditions in favour of the undertaking that enjoys the guarantee. Since prices can be affected by many different factors, it will be difficult for the Commission to demonstrate the actual effect of a guarantee on transactions with customers or suppliers.