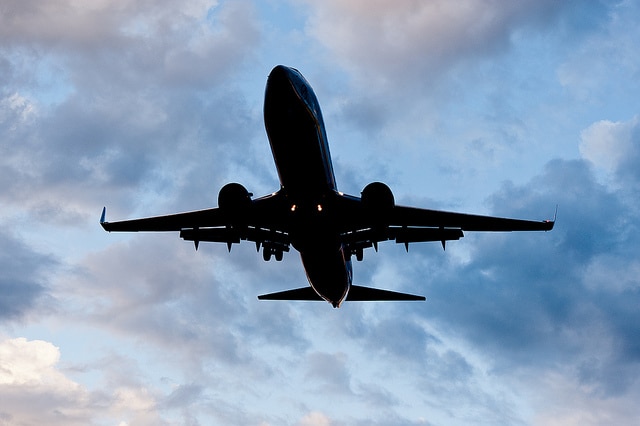 Awards of concession contracts should follow a procedure which is open, transparent, non-discriminatory and unconditional. Prices may be regulated to prevent excessive prices and profits. But, the concession fee may be adjusted to enable the concessionaire to earn a sufficient return.

This article examines the link between State aid and concession agreements. In decision SA.44259, the Commission considered whether concession agreements for the upgrading, operation and maintenance of 14 Greek regional airports involved State aid.[1] The concessions were granted within the context of a broader privatisation programme that Greece had implemented in response to the economic crisis.

Concession agreements are a policy instrument that can influence the market for a long time. These agreements normally grant exclusive rights to operators of infrastructural projects and for this reason they have the potential to distort competition to a significant degree.

The Commission has provided guidance on the selection of operators of infrastructure, including concessionaires, in its Notice on the Notion of State Aid, paragraphs 90-96 and 222-224. Given the complexity and variety of selection procedures and management contracts, it cannot be presumed that just any competitive selection procedure or any concession agreement is free of State aid.

But, the problem is that the Commission is not very consistent in its own practice. Several articles that have been published on this blog during the past few months have identified unexplained or puzzling statements in Commission decisions on selection procedures and award of contracts for management of infrastructure projects. To put it differently, where the Commission finds that the specific facts of the case lead it either to find State aid or exclude the presence of State aid, it does not always take care to explain precisely the reasons that motivate the particular decision and why, although the decision may appear to deviate from the principles expounded in the Notice, it in fact conforms with those principles.

The very last paragraph of the Notice on the Notion of State Aid [paragraph 230] says: “The present Communication replaces any opposing statements relating to the notion of State aid included in any existing Commission Communications and Frameworks, save for statements pertaining to specific sectors and justified by their particular features.” This is the legal equivalent of having your cake and eating it at the same time. However, given the powers of the Commission to interpret the concept of aid and its exclusive competence in determining the compatibility of aid, we should perhaps accept that it is unavoidable that Commission decisions can vary from case to case and over time. But the Commission should take care to explain better, also in order for both Member States and competitors to understand the reasoning behind its decisions.

Main features of the concession contracts

The contracts for the Greek airports were notified for the purposes of legal certainty. They concerned two concession agreements covering seven regional airports each [i.e. a total of 14 regional airports]. The contracts were signed with Fraport, a consortium led by Frankfurt Airport Services. The concessions were for a period of 40 years with the option for extension for another 10 years. [The measure was adopted in the context of a broader policy of placing all of Greece’s 37 regional airports under commercial concession contracts].

The tendering process was initiated before the new EU directive on concessions came into force in April 2016. Therefore, the concession agreement was not drafted with that directive in mind. However, it complied with the EU treaty principles of openness, transparency and non-discrimination.

The concession contract was awarded on the basis of a competitive process which was implemented in distinct phases, as follows:

Phase I: Publication of invitation to submit expressions of interest.

A total of 11 expressions of interest were received, which were evaluated according to objective criteria such as technical and financial capacity and experience. Seven offers were selected and invited to the second phase.

The assessment in this phase was carried out in two stages.

Final bids were received from three companies. The chosen bid offered the highest concession fee which was broken down in three parts:

The concession agreements also defined two simultaneous ceilings on the charges that the concession holder could impose on airlines and passengers.

The first ceiling concerned the maximum amount for landing, lighting, aircraft parking and passenger charges. The revenue from these charges was intended to cover operating expenses, depreciation of assets, financial costs and the concession fee. The cap on aeronautical charges was initially set at EUR 13/passenger, but would be raised to EUR 18.5/passenger a couple of years afterwards.

The second ceiling concerned the maximum rate of return that the concessionaire could earn on the capital it invested for aeronautical services. The rate was capped at 15% per year. Any surplus had to be paid to the Greek state. The maximum rate of 15% was defined on the basis of a study on rates of return at similar airports in the Mediterranean. Interestingly, a clause in the agreements allowed the caps to be raised if the concessionaire could not earn a minimum of 7.5% and cover its operational costs.

The concession contract imposed no limit on non-aeronautical charges.

In addition, the proceeds from an airport development fee [ADF] were to be shared between the concessionaire and the state. The ADF was fixed at EUR 12/passenger until 2024. Then it would decrease to EUR 3/passenger. The Greek authorities would collect the fee and pay to the concessionaire its share which was set at 91.5% until 2024 and 65% afterwards.

Certain services that fell within the public remit would be provided for free by the state, such as, for example, customs and immigration control, policing, air navigation, phytosanitary control, etc.

Although, fire-fighting services normally fall within the scope of the public remit, in this case their cost would be borne by the concessionaire. In addition, the agreements imposed on the concessionaire the obligation to provide and pay for rescue and aviation security services.

Assessment of the measure by the Commission

The Commission referred to paragraphs 89-96 of its Notice on the Notion of State Aid where it explained that sale of a public asset after a competitive, transparent, non-discriminatory and unconditional tender would be free of State aid. By analogy, the award of a concession under the same conditions would also be free of State aid [paragraph 41 of the Commission decision].

Then the Commission explained that a tender has to fulfil the following conditions in order to be considered as competitive, transparent, non-discriminatory and unconditional [paragraphs 42-43]:

In connection to the objectivity of the tender conditions, the Commission noted that the caps on charges, the sharing of any surpluses and the clause for raising the caps in case of a low rate of return, were justified by the need to ensure that the airports were attractive to users, while at the same time the operator was allowed to earn a sufficient return and the state was able to maximise the fee it obtained from the operator [paragraphs 61-64].

However, four important questions arise at this point. First, is the clause on the suspension of the rate cap not in fact guaranteeing a certain minimum return which constitutes an advantage in the meaning of Article 107(1)? Second, why was it necessary to guarantee a minimum return for the concessionaire? If the minimum return was thought necessary to prevent project failure, was there any penalty in the contract in case of early exit from the contract? And if there was, why was the clause on the minimum return necessary? Third, what would happen if the low return was the fault of the concessionaire, caused by cost increases due to mismanagement? Why was there no cost benchmarking foreseen for the assessment of the performance of the concessionaire in the future? [Perhaps there was but was not mentioned in the decision.] Fourth, is price regulation in the form of caps on charges in conformity with the market economy investor principle? In this respect the Commission commented that the charge caps ensured that the airports remained attractive to users and therefore maximised revenue for the concessionaire and for the state. But the private interest of any monopolist is precisely to maximise profit. There is no need to ensure that contractually. At any rate, how did the Greek government know the right level of charges? And, since the Greek government was acting as a private investor, it should have been seeking to maximise its own share of the profits.

It recalled the principles of the Leipzig-Halle judgment and underlined that the state was free to fund all costs which were linked to non-economic activities. It also reiterated established case law that “an advantage is present when public authorities relieve undertakings of the costs inherent to their economic activities” [paragraph 73]. [I consider this interpretation and the use of the word “inherent” to be correct, but the problem is that the case law which is cited at this point is the judgment in cases C-172/03, Heiser, paragraph 36, and C-143/99, Adria-Wien Pipeline, paragraph 38, which refer to the standard definition of “mitigate[ion] [of] charges which are normally included in the budget of an undertaking”. What is “normal” and what is “inherent” are terms that have been subject to conflicting interpretations.] The Commission found that the definition of the non-economic activities and their funding by the state were in compliance with points 34-35 of the Aviation Guidelines. It also found, on the basis of information provided by Greece, that the state bore the costs of similar activities in all other airports. Hence, there was no preferential treatment of the concessionaire by relieving it of costs that were borne by the operators of other airports [point 37 of the Aviation Guidelines].

But it went on to examine more specifically the assignment of the costs of fire-fighting, security and rescue services to the concessionaire. Here the text of the Commission decision is ambiguous in one important respect. It notes, clearly, that the concessionaire will not derive any advantage as it pays for these services from its own income. But, given the fact that point 37 of the Aviation Guidelines requires equal treatment of all airports in any given Member State, it is unclear whether other airports have to bear the same costs. The decision only says that the state pays for the costs of services under public remit in other airports [paragraph 76]. It does not say that the state does not pay for fire-fighting in all other airports. Member States are free to designate the activities and the costs that they consider as coming under the public remit, but they must do so consistently across all airports. Hence, the issue that arises is not a favourable treatment of the 14 airports in the concession contract, but the possible favourable treatment of other airports elsewhere in Greece.

At any rate, on the basis of the above assessment, the Commission concluded that the concession agreement was free of State aid.

Conclusions and lessons to be drawn

This is an instructive case of how to design a concession agreement that does not involve State aid. Six lessons may be drawn.

First, the selection procedure must be open, transparent, non-discriminatory and unconditional. Anyone who wants to participate should be able to do so.

But, second, excluding certain potential competitors is allowed as long as the eligibility criteria are objective and relate to the economic aim of the contract.

Third, conditions that affect the economic value of the contract may not be imposed.

But, fourth, price regulation that prevents exploitation of users is a regulatory act that appears not to be contrary to State aid rules.

Fifth, the aim of a concession contract should be to maximise revenue for the state.

But, sixth, the concessionaire can be allowed to earn a sufficient rate of return, otherwise the project for which the contract is awarded may fail.

* I am grateful to Péter Staviczky for comments on an earlier draft. I am solely responsible for the views expressed here.