You are here: Lexxion > State Aid Blogs > State Aid Uncovered > Guidance on the Application of Regulation 1370/2007 on Passenger Transport Services 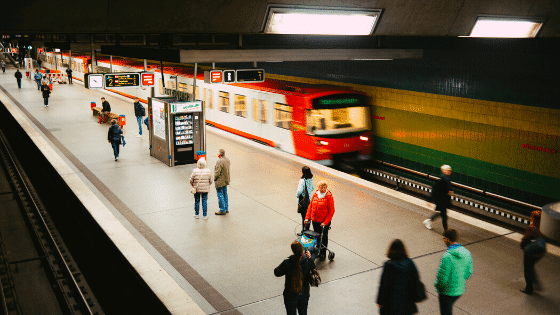 Public service obligations may only be imposed where the market does not provide adequate services in terms of price and/or quality. The selection of service providers must respect the principles of openness, transparency and non-discrimination, even when public procurement procedures may not apply. Compensation must be based on contracts which contain a precise definition of the public service and parameters on how the compensation is to be calculated. Changes in the conditions of a public service after a contract is awarded are likely to require a new procurement procedure. Costs and revenues must be allocated between eligible and non-eligible activities, according to an established methodology. Reasonable profit should be the internal rate of return of the service provider. Efficiency requirements should be imposed so as to incentivize the service provider.
Introduction
The European Commission published last week a Communication that explained its own understanding of how Regulation 1370/2007 had to be implemented.[1] The Communication does not have the status of a Guideline as other Guidelines on State aid compatibility which express Commission policy. This is because the Regulation has been issued by the European Parliament and the Council.Nevertheless, the Communication offers valuable guidance. The Communication refers to concepts which are specific to the Regulation and do not apply to sectors other than transport. But the Communication also deals with issues that have wider State aid application and relevance.

This article focuses on those broader issues and draws lessons that are useful to other areas of State aid, especially where public authorities impose public service obligations on market operators or define and subsidise services of general economic interest.[2]

Scope of the Regulation

The Communication very usefully provides a table that shows how the Regulation and the Directives apply to contracts and concessions to the various modes of road and rail transport.

Features of a public service contract

A question often asked is whether the provision of a service of general economic interest can be covered by general rules. General rules are measures that apply without discrimination to all public service operators of the same type in a given geographical area. General rules are measures that may be imposed unilaterally by public authorities and therefore are usually not negotiated with individual public service operators. For example, a public authority may decide to use general rules to establish social or qualitative standards in accordance with national law. The Communication explains, however, that when general rules involve compensation or an exclusive right, there is an additional obligation to conclude a public service contract.

Member States have wide discretion to define public service obligations in line with the needs of end users. A public service obligation is a requirement to ensure public [passenger transport] services in the general interest that an operator, if it were considering its own commercial interests, would not assume or would not assume to the same extent or under the same conditions without reward. Typically but not exclusively, public service obligations can refer to specific requirements placed on the public service operator as regards, for instance, the frequency of services, service quality, service provision in particular at smaller intermediate stations which may not be commercially attractive, and the provision of early morning and late evening trains. The Commission considers that the services to be classified as public services must be addressed to citizens or be in the interest of society as a whole.

Public authorities may provide public [passenger transport] services themselves or award a public service contract directly to an internal operator. However, if they choose the second option, they must respect a number of strict rules and conditions. An internal operator must be a legally distinct entity over which a public authority exercises control similar to that exercised over its own departments.

If a public authority uses a third party other than an internal operator to provide public services, it must award public service contracts through a fair, open, transparent and non-discriminatory competitive tendering procedure.

Contract award procedures must be designed so as to create conditions for effective competition. The application of the general principles of the Treaty, such as the principles of transparency and non-discrimination, implies, for instance, that the assessment criteria for the selection of offers must be published with the tender documents.

A public authority may also choose to negotiate with the pre-selected parties, after a pre-selection of tenders, in the case of specific or complex requirements. An example of this is when bidding operators must come up with technologically innovative solutions to meet the requirements published in the tender documents.

To make the competitive tendering procedure more transparent, public authorities should provide all the relevant technical and financial data, including information about the allocation of costs and revenues if available, to potential bidders to assist in the preparation of their offers.

Where a running public service contract needs to be amended, for instance where the transport service volume and corresponding compensation amount need to be adapted due to an extension of a metro line, the question arises whether the public authority should start a new award procedure or whether the contract can be amended without a new award.

The Court of Justice has held that in the case of minor, non-substantial modifications a new award may not be necessary to ensure that general Treaty principles such as transparency and non-discrimination are complied with and a simple amendment of the contract may be sufficient. According to the Court, in order to ensure transparency of procedures and equal treatment of tenderers, substantial amendments to essential provisions of a service concession contract or to contracts subject to the public procurement directives require the award of a new contract in certain cases. This is the case, in particular, if the new provisions are materially different in character from the original contract and are therefore such as to demonstrate the intention of the parties to renegotiate the essential terms of that contract. According to the Court, an amendment to a contract during its term may be regarded as substantial if it introduces conditions which, if they had been part of the original award procedure, would have allowed for the admission of tenderers other than those originally admitted or would have allowed for the acceptance of an offer other than that originally accepted.

In order not to constitute State aid, public compensation has to respect the four conditions laid down by the Court of Justice in the Altmark judgment.

In the 2012 SGEI package, the Commission made it clear that selection of service providers on the basis of open procurement procedures conforms to the 4th Altmark criterion. However, a negotiated procedure or a competitive dialogue is not in conformity with that criterion.

Public procurement procedures must be designed in such a way to create conditions for effective competition. A purely negotiated procedure without prior publication of a contract notice is against the principles of transparency and non-discrimination. Similarly, a tender procedure which is designed in such a way as to unduly restrict the number of potential bidders does not comply with those principles.

Selection criteria, including for example quality related, environmental or social criteria should be closely related to the subject-matter of the service provided. The awarding authority is not prevented from setting qualitative standards to be met by all economic operators or from taking qualitative aspects related to the different proposals into account in its award decision.

Compensatory payments must not be higher than the actual net cost for the provision of the public service over the lifetime of a contract. Additionally, the Commission considers that regular checks are in principle needed during the lifetime of the contract in order to detect and avoid at an early stage clear overcompensation situations from developing. This is the case, in particular, for long-term contracts.

Please note, however, that the 2012 SGEI Framework does not allow such allocation of common costs. Only the incremental costs of the public service are eligible for compensation.

Reasonable profit means a rate of return on capital that is normal for the sector in a given Member State and that takes account of the risk, or absence of risk, incurred by the public service operator by virtue of public authority intervention.

The Commission Communication on SGEI provides some guidance on the determination of the level of reasonable profit that may serve as an indicator for public authorities when awarding public service contracts. Where generally accepted market remuneration exists for a given service, that market remuneration provides the best benchmark for the compensation in the absence of a tender. Such benchmarks would ideally be found in contracts in the same sector of activity, with similar characteristics and in the same Member State. The reasonable profit must therefore be in line with normal market conditions and should not exceed what is necessary to reflect the level of risk of the service provided.

However, such market benchmarks do not always exist. In that case, the level of reasonable profit could be determined by comparing the profit margin required by a typical well run undertaking active in the same sector to provide the service in question.

The adequacy of the cost-sharing and ring-fencing measures between the public service obligation and other commercial activities are crucial in this respect. For example, when means of transport (such as rail rolling stock or buses) or other assets or services needed to discharge the public service obligation (such as offices, personnel or stations) are shared between public service and commercial activities, the costs of each must be allocated to the two different types of activities in proportion to their relative weight in the overall transport services provided by the transport undertaking.

Once more, please note that the 2012 SGEI Framework has special rules on common cost allocation.

Efficiency incentives in the compensation mechanism should be used especially in instances where uncertainty about costs is large and the service provider needs a high degree of protection against that uncertainty, but also the public authority needs to prevent excess profits. By contrast, compensation schemes which simply cover actual costs as they occur provide few incentives for the service company to contain costs or to become more efficient over time.

Efficiency incentives should nevertheless be proportionate and remain within a reasonable level, taking into account the difficulty in attaining the efficiency objectives. This may, for example, be ensured through a balanced sharing of any rewards linked to efficiency gains between the operator, the public authorities and/or the users. In any event, a system must be put in place to ensure that the undertaking is not allowed to retain disproportionate efficiency benefits.

The parameters for compensation should be set in such a way that compensation is appropriate and reflects a desire for efficiency and quality of service. In addition, the parameters of these incentive schemes must be fully and precisely defined in the public service contract.

[1] Communication from the European Commission, Interpretative Guidelines Concerning Regulation 1370/2007 on Public Passenger Transport Services by Rail and by Road, OJ C 92, 29 March 2014. The text of the Communication can be accessed here:

[2] Out of necessity, I copy extensively the text of the Communication. Although it is not covered by any copyright, it is appropriate to acknowledge that.