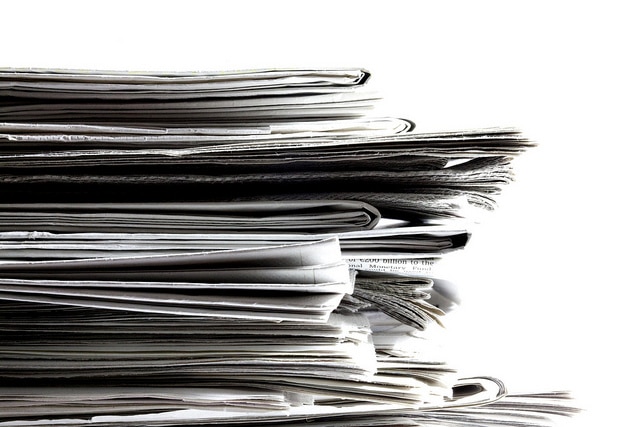 State aid measures need not be open to all undertakings.

On 11 October 2016, the General Court rendered its judgment in case T-167/14, TSøndagsavisen v Commission.[1] Søndagsavisen requested annulment of Commission decision SA.36366 on a measure that had been notified by Denmark. The purpose of the measure was to support production and innovation in the newspaper and magazine sector [print media].

The applicant, Søndagsavisen, is a Danish company active in the print sector. It publishes the highest-circulation free newspaper in Denmark. Søndagsavisen is funded entirely by advertising revenue. It includes 24 regional editions with a common editorial content and advertising that is tailored to each region.

In October 2013, Denmark notified to the Commission a measure to support print media. The purpose of the measure was to ensure media pluralism. Aid was provided on the following conditions:

The requirement for articles to cover at least half of the content [the “half rule”] was intended to promote media pluralism and contribute to a vigorous democratic debate.

The maximum amount of aid was capped at 35% of the total editorial costs. In November 2013, the Commission decided that the measure was compatible with the internal market.

The General Court found in favour of the Commission and dismissed the appeal. Consequently, the measure was confirmed to be compatible with the internal market. But this case demonstrates that compatibility with State aid rules does not necessarily mean that aid is effective in achieving its objectives. The question not asked in this case is how money by the state can lead to media pluralism and high quality newspapers. Perhaps this is not a question that should be asked in the context of State aid assessment. But one of the common assessment principles is the appropriateness of the aid measure. Hence, this uncomfortable question needs to be raised because in the past decade only a handful of aid measures have been found to be inappropriate policy instruments. Those measures concerned conversion of analogue to digital television and they were considered to be inappropriate because simple regulation would have been sufficient. But if State aid is assessed as appropriate in 99% of all cases, is appropriateness still a useful criterion?

One reasonable reply is that, in its absence, Member States would use State aid to tackle any policy problem. Indeed, it may have a deterrent effect and force Member States to re-think their State aid measures. Another reasonable answer is that there is hardly any problem that cannot be solved by public money. But if this is true, the criterion of appropriateness needs to be refined or the Commission should apply it more rigorously. The 2012 State Aid Modernisation mentioned impact assessment studies that could differentiate between policy instruments on the basis of their effectiveness at the lowest possible distortion of competition. So far, it is not obvious from published Commission decisions how the requirement for impact assessment is enforcement.

In addition, the Court reiterated that the concept of “serious doubts” or “serious difficulties” is objective in the sense that the existence of serious doubts or difficulties is determined by the facts of the case. Evidence that the Commission should have serious doubts is the length of its investigation or the incompleteness of that investigation. It is the notifying Member State that has to allay the fears of the Commission. And, it is the applicant that has to demonstrate the existence of serious difficulties [paragraphs 18-25]. In other words, the Commission may initially have serious doubts, but additional information and clarification provided subsequently by the notifying Member State during the preliminary assessment stage may allay those doubts.

The Court then turned its attention to the question whether the investigation of the Commission was incomplete. The applicant argued that the Commission did not consider the appropriateness of the measure and in particular the fact that the aid was available only to printed media with at least half of the contents in the form of articles.

In its decision,[2] the Commission noted that while the time spent by consumers on accessing sources of information has increased during the past decade, the share accounted by printed media has in fact declined. Consumers are less willing to pay for editorial content and the profitability of printed media has decreased. According to the Commission, this was evidence of the existence of market failure. Therefore, the aid was necessary to remedy this market failure. The aid encouraged activities that would not be performed without the aid and partly offset the extra cost of high quality content which supported democratic debate. The Commission also found that the “half rule” was appropriate in order to limit the aid to high-quality newspapers and magazines.

It is necessary to point out that change in consumer choices are not a sign of market failure but a sign of a thriving market and a direct consequence of the competition forces that underpin market mechanisms. However, the Commission was right in that the information is non-excludable good in the sense that its use by one consumer does not prevent its use by another. However, this has always been the case with news. The difference today is the means by which news is consumed.

The applicant for its part claimed that its newspapers too, with less than half editorial content, contributed to democratic debate by disseminating information to the greatest number of citizens.

Although the General Court acknowledged that the half rule was more likely to exclude from the aid measure free newspapers which relied on advertising revenue and therefore carried more advertisements, it was nonetheless insufficient to prove that the Commission encountered serious difficulties [paragraph 46]. Denmark was free to limit its measure to those newspapers which were more likely to have sufficient editorial content of high quality [paragraphs 46-7].

Here the Court appears to equate quantity with quality. More articles do not necessarily mean more high-quality articles. Since the problem is the low readership of newspapers in comparison to internet-based sources of information, it is, first, rather doubtful that additional articles in newspapers will be sufficient to attract back readers. What readers seem to value is not just the fact that news on the internet is provided mostly for free, it is also that it is provided in a convenient format. News can be read at any place, at any time on a mobile device. Second, it will be cheaper for newspapers to fill space in order to receive the subsidy, than fill space with more expensive high-quality writing. After all, the subsidy is capped to 35% of editorial costs. This means that for every extra expenditure of 1 euro on additional articles, a newspaper would effectively incur a net cost after the subsidy of 0.65. It can make profit only if it can generate revenue exceeding 0.65. And if it can obtain the same revenue of say 0.65 by spending 0.9 instead of 1.0, then it can make a profit of 0.065 [= 0.65 – 0.9×0.65 = 0.65 – 0.585].

Not surprisingly, the applicant disputed the existence of a link between the reduction of advertising and the quality of editorial content. The General Court replied that it was not its task to examine the eligibility conditions defined by Denmark but to consider whether the Commission had encountered serious difficulties [paragraph 53]. The Court added that the measure is based on a ratio of informative content (articles) and advertising volume and the expectation that reduction in the advertising volume would lead to high-quality content that would stimulate democratic debate [paragraph 55].

The Court went on, correctly, to reject the argument of the applicant that more advertising volume and revenue enable newspapers to produce more high-quality content. In the same way that, as the applicant correctly observed, reduction of advertising content does not necessarily lead to better articles, an increase in advertising content also does not necessarily lead to better articles. The Court also pointed out that the applicant did not provide any evidence to back up its claim [paragraph 65]. This is a lesson that claims have to be supported by tangible and credible evidence.

The applicant then contended that the half rule was disproportionate. If the ratio were lower than 50% then the applicant would have also been eligible to receive aid. However, the General Court pointed out that the applicant’s argument was based on the false premise that the compatibility of notified aid depends on its being available to everyone. The Court agreed with the Commission that the compatibility of aid depends on what would be the market situation without the aid [paragraph 76]. In this case, because of declining revenues, newspapers would not be able to produce editorial content without the aid [paragraph 77]. The fact that, under the half rule, free print media are in practice excluded from the aid measures does not invalidate the conclusion that free media are in a situation which is not comparable to that of other print media which have problem attracting paying customers [paragraphs 78-79].

Then the applicant alleged that the Commission had not had examined sufficiently whether the benefits of the measure outweighed the distortions of competition it caused.

The General Court first noted that for a measure to constitute State aid it must necessarily confer a selective advantage to a company or group of companies. Accordingly, the difference in treatment between aid beneficiaries and non-recipients of aid and the resulting distortion of competition are inherent in the concept of State aid and cannot in themselves make the aid incompatible with the internal market. [Paragraph 90]

This is indeed an important consequence of aid that is often forgotten. For a measure to be classified as state aid it must necessarily distort competition. Therefore, it is intrinsic in the concept of compatibility of aid with the internal market that some distortion is unavoidable and therefore acceptable or tolerable. The distortion that makes a measure incompatible is distortion that is not necessary or can be avoided.

Indeed, the General Court added that the distortionary effects of aid may not go beyond what is necessary for the aid to attain the objectives permitted by the Treaty. [Paragraph 91]

Therefore, the fact that, some companies were excluded from the measure did not have to cause serious difficulty for the Commission so that it would be obliged to initiate the formal investigation procedure [paragraph 92]. Moreover, according to the Court, the Commission did take into account the distortions of competition. [Paragraph 93]

The applicant also claimed that the Commission failed to fully consider the distortions of competition in the advertising market. But the Court rejected this claim because the applicant failed to explain how the aid measure could distort competition in the advertising market between free newspapers and newspapers which were sold for a price. [Paragraph 95]

It is rather difficult to understand how a reduction in reliance on advertising revenue by some newspapers could be to the disadvantage of the applicant. If those newspapers carry fewer advertisements because they need to increase their editorial content, then there will be more demand for advertising space in other newspapers. This must be beneficial to the applicant.

But more importantly, the General Court considered that the alleged distortion of competition in the advertising market was the “natural” outcome of the State aid measure, which by definition distorts or threatens to distort competition by favouring certain undertakings or certain products. The Court concluded that the distortion of competition in the advertising market could not be regarded as excessive and disproportionate, something that the applicant did not claim. [Paragraph 101]

[1] The full text of the judgment (not in English) can be accessed at: