You are here: Lexxion > State Aid Blogs > State Aid Uncovered > Possible Advantage from the Exclusive Use of Public-Funded Infrastructure 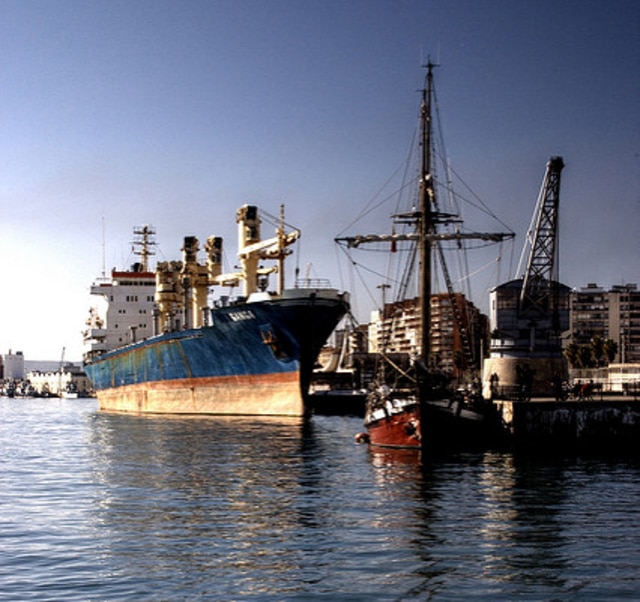 The exclusive use of a public asset or an asset funded by public money may confer an advantage in the meaning of Article 107(1) TFEU if several competitors express their interest to use the same asset.

As public authorities are becoming more aware that placing public assets at the disposal of undertakings can involve State aid, they increasingly search for ways to remedy the State aid problem. There are several possible solutions. First, and most obviously, there is no need for public funding of assets which are commercially viable and can be financed by market operators. Second, the public authority that provides the funding may choose to act as a private investor and seek a return on its investment. Third, if public funding of assets such as infrastructure cannot be avoided, perhaps because any return is unlikely to meet the expectations of a private investor, then the construction of the infrastructure can be separated from its management and usage. The owner would normally receive State aid, but if the company that constructs the infrastructure and the company that manages it are selected through a competitive procedure, then they would not normally derive an advantage and therefore would not benefit from State aid. As for the users, the pricing of access to the infrastructure or usage of the asset at rates charged by comparable facilities would eliminate State aid for them too.

The case which is reviewed in this article is quite interesting because it deals with several complications. What happens when a company is the sole user of an infrastructure? Does it derive a special advantage even if it pays a market fee? And what are the obligations of the owner or manager of the infrastructure? Must it open up the infrastructure to other users? The Commission provided answers in its decision SA.36628 concerning the port of Puerto de las Nieves in Spain.[1]

In April 2013, the Commission received a complaint that Spain had granted State aid to the shipping company Fred Olsen through several measures implemented by the port of Puerto de las Nieves, on one of the Canary Islands. Fred Olsen operated sea transport services, with five fast ferries, between the various Canary Islands. At that time it carried about 2.4 million passengers and 0.5 million cars per year.

The complainant, alleged that Fred Olsen benefited from the following measures:

The main issue of contention was whether Fred Olsen derived an economic advantage from these measures, which it would not have obtained under normal market conditions.

The Commission observed that the first and third measure could be subsumed into a single measure, given that the advantage from the exclusive use of infrastructure is the same as the public funding of such infrastructure. The Commission recalled that the previous fishing port in Puerto de las Nieves was adapted to commercial traffic in 1994/1995, and then to operations for fast-ferries in 1999/2000. These two upgrades of the port took place before the judgment of 12 December 2000 in the Aeroports de Paris case. The Commission considers this date to be the cut-off date before which public funding of infrastructure is not deemed to constitute State aid.

Then the Commission commented on the exclusivity of the port. “(44) […] The infrastructure was not initially planned and built in order to be dedicated to Fred Olsen. Puerto de las Nieves was not constructed for the benefit of any specific undertaking or any particular category of undertakings, and was not exclusively allocated to any particular undertaking at the moment that it was constructed.”

In other words, the use of the port by a single ferry operator was accidental. It was not the result of a formal decision to grant exclusive use of the facility to Fred Olsen. Fred Olsen was the only company that wanted to use the port when it was upgraded from a fishing port to a ferry port.

Then the Commission made a useful summary of its decisional practice. No aid is granted to the users of a publicly financed port infrastructure when two conditions hold:

In addition and quite importantly, the Commission considered that the port manager, “(53) […] also as the regulator of a scarce resource (the port capacity), from the moment that [the complainant] had expressed its intention to operate the right type of ferries from Puerto de las Nieves had to take the necessary steps to ensure that access to Puerto de las Nieves would be open to all potential users operating fast-ferries on a non-discriminatory basis.”

This is a very important clarification. If only one undertaking expresses an interest to use a publicly-funded facility there is no advantage for it even if it becomes the sole user. However, if several undertakings express their interest to use the same facility, exclusive usage by any one of them can constitute an advantage that the relevant public authority must take action to eliminate.

The Commission took into account the arguments of the Spanish authorities that the port manager had two options to provide non-discriminatory access and at the same time ensure the safety of operations of different companies within the port: i) reduce Fred Olsen’s frequency in order to make room for a second operator, or ii) increase the capacity of the waiting surface for cars through minor works in order to enable more operators to access the quay side.

Indeed in 2014 the necessary works were carried out and resulted in doubling of the number of ferry rotations which could be realised within the port. The Commission acknowledged that the port manager took the necessary measures and that the second option was preferable.

In the Commission’s view, the first option was inferior because it would have forced Fred Olsen to reduce its frequencies with limited beneficial effects on competition. Each company could have used only very different slots during the day and competition would not have increased at any given moment of the day.

“(62) In view of the finding that (i) the fees charged in Puerto de las Nieves are similar to those in comparable ports, and (ii) the [port manager] has chosen a reasonable path to ensure open and non-discriminatory access to Puerto de las Nieves, the Commission considers that, at the moment of adoption of the present decision, Spain has not granted State aid to Fred Olsen.”

However, the complainant disputed that the port manager charged fees for all services it provided. The Commission noted that “(66) […] from a State aid perspective it does not belong to it to assess how a given port due is to be charged and for what taxable event. The assessment of the Commission from a State aid perspective is limited to assessing whether the beneficiary, in this case Fred Olsen, would have received any advantage when compared to other companies subject to the same port due. On the basis of the information provided by the Spanish authorities, it results that port due T-9 is charged in the same way in all the ports falling under the competence of Ports of the Canary Islands. As a consequence, Fred Olsen would not have received any advantage. The complainant has provided no evidence to the contrary.”

“(70) Bearing the above in mind, the Commission concludes that the presence of State aid can be excluded in this measure, without it being necessary to assess whether the rest of necessary criteria of the State aid definition of Article 107(1) TFEU are met.”

Although the Commission found that Fred Olsen received no State aid, its reasoning on the alleged waiver of port fees is a bit puzzling. The Commission appears to be saying that what matters is whether a fee is i) charged consistently across all operations of the same port manager and ii) charged uniformly to all port users. However, these two conditions are necessary but not sufficient in order to eliminate any advantage for the port users. Another condition that needs to be satisfied at the same time is that the fees must cover all the incremental costs which are incurred by the port in order to grant access to users. The Commission does not mention this third condition explicitly in its decision although it is the standard requirement for the pricing of access to infrastructure. In this case, the port manager charged several fees. Perhaps what actually happened was that the Commission ignored how the individual fees were set as long as the overall fee [i.e. the sum of the individual fees] covered the total incremental costs incurred by the port.

In this case, the demand for the use of the port exceeded its capacity. The Commission accepted that reducing the usage by Fred Olsen in order to give access to the competitor would not increase competition. On this point, the Commission was right that there could not be competition at any given moment of the day. However, there could be competition between different time slots, as companies could have been able to attract customers from one time slot to another. The port manager decided to expand capacity. This was probably a better option as it would strengthen competition not just between time slots but also within each slot.

The issue that should concern any infrastructure manager is how to allow access when demand exceeds capacity. In this case, it was possible to expand the capacity of the port. In other cases, it may not be possible. When capacity is fixed or constrained, the only way to ensure both fair access and proper pricing of the public infrastructure is auctioning of the right to use the infrastructure. A system of rationing could result in a fair allocation of slots, but would not achieve proper pricing of the scarce resource in a way that would reflect the true value of that resource.

This brings me to the issue of the fees that were also examined by the Commission. The conclusion of the Commission was that there was no State aid in the fees charged to Fred Olsen because the port manager charged the same fees in other ports. But this logic is faulty if other ports were not operating under the same conditions of constrained overcapacity. An auctioning system would obviate the need to do a price comparison.

Despite the comments in the previous paragraphs, a number of important lessons can be drawn from this decision.

First, a publicly-funded facility must operate an open access policy. Second, when the demand for such a facility exceeds its capacity, the operator must implement non-discriminatory arrangements to guarantee fair access. Auctioning of the right to access may be necessary. Third, the use of the facility must be priced at market terms. A properly designed auction would result in fees that would correspond to market rates, without having to carry out any benchmarking of fees charged by similar facilities.