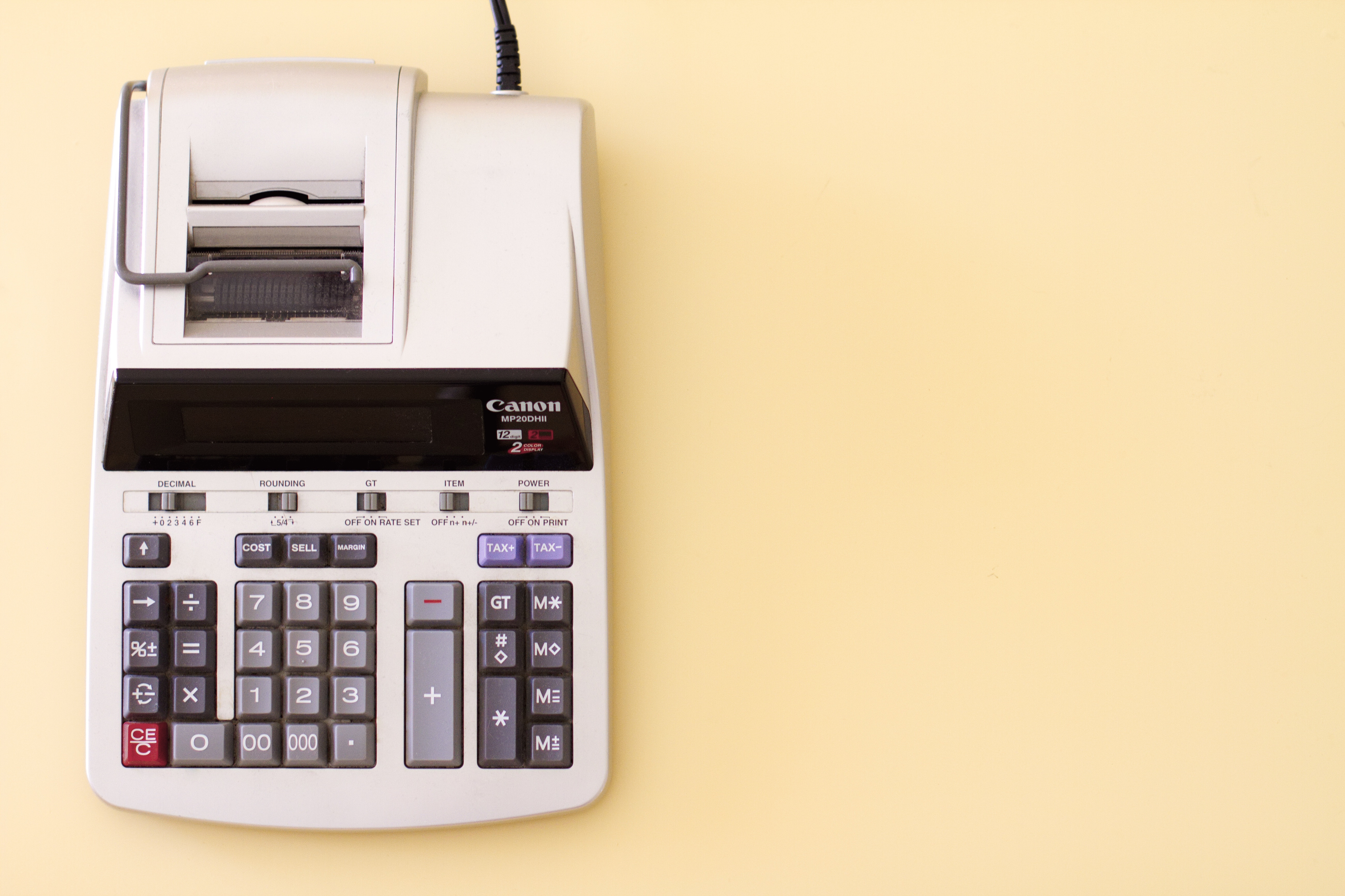 Compensation for the extra costs of a public service obligation may include a reasonable profit that reflects the risk borne by the provider of the public service.

Introduction
The calculation of the amount of compensation for the extra costs of public service obligations can be difficult and tricky. In the absence of such calculation, aid to providers of services of general economic interest cannot be found to be compatible with the internal market. Since any compensation that exceeds the extra costs of the service – i.e. any overcompensation – is automatically incompatible State aid, it is absolutely indispensable to use methodologies that identify and prevent overcompensation.Commission decision SA.37977 on State aid to the incumbent postal operator in Spain found that there was overcompensation and, unavoidably instructed Spain to recover it.[1] The operator – “Correos” – a wholly state owned company, had received more than EUR 166 million in overcompensation in the period 2004-2010. On top of the overcompensation it also benefited from an exemption from real estate tax amounting to EUR 0.753 million and from a reduction of a tax on economic activities amounting to EUR 0.114 million. These amounts will have to be recovered too.Spain argued not only that there was no compensation, but also that the compensation was compliant with the Altmark conditions, so that it could not be classified as State aid at all. This meant that, in addition to proving the existence of overcompensation, the Commission had to demonstrate that the methodology used by Spain did not conform to the Altmark conditions.

The Spanish methodology for calculating the public service compensation (PSC)

The methodology used by Spain for calculating the PSC is described in paragraph 28 of the Commission decision:

STEP 2: For each reserved Service (RSi) assessing which cost centres are loss-making/profit-making for the delivery of that service and calculating the aggregate loss/profit for the delivery of that service (Loss/Profit RSi). The net cost for the reserved Services is calculated as the difference between the sum of Loss RSi and the sum of Profit RSi.

STEP 4: The USO compensation covers the net cost of the reserved and non-reserved Services calculated according to Steps 2 and 3.”

Conformity with the third Altmark condition

In order for the Commission to show that Correos obtained an advantage in the meaning of Article 107(1) TFEU it first had to demonstrate that Correos was an undertaking and that one or more of the Altmark conditions did not hold. This is because Spain had argued that Correos was loss making so that it could not be classified as an undertaking. The Commission responded that “(161) the mere fact that an entity does not pursue a profit does not necessarily mean that its operations are not of an economic nature.” (and cited the relevant case law) [It was rather disingenuous of Spain to contend that Correos was not an undertaking because it suffered losses. It was like claiming that inefficient companies do not operate on a market.]

Since the four Altmark conditions are cumulative, it is sufficient for the Commission to find that one of them is not satisfied in order for compensation to constitute State aid. In most cases the Commission focuses on either the second condition [pre-determined parameters for the calculation of compensation] or the fourth condition [competitive selection of the provider or benchmarking of its costs]. In this case it chose to focus on the third condition which requires that the compensation does not exceed the net extra costs.

It began by noting that in its past decisions on postal measures, it found that a reasonable profit rate, measured as a return on sales, was 3.6%-4.8% when operators were exposed to limited risk or 5.4%-7.4% when operators bore significant risk. (Paragraph 167) The profit rate used in the calculation of the PSC for Correos was 7.4%, which the Commission considered to result in overcompensation. In response, the Spanish authorities advanced several counter-arguments the main of which was that the application of the third Altmark condition according to the net avoided cost [NAC] methodology prevented overcompensation and that the methodology that was actually used was in fact similar to the NAC.

The Commission disagreed. It recalled that “(172) the Altmark judgment was adopted on 29 July 2003. There is no doubt that at the moment of the adoption of that judgment, the only applicable method for the calculation of the net cost of SGEIs was the cost allocation methodology. The Altmark judgment itself refers to incurred costs and receipts which identifies without doubt the cost allocation methodology while the NAC relies essentially on the notion of avoided costs (which are by definition not incurred).” “(173) The NAC methodology was only introduced formally by the Commission, as a valid way to calculate the net cost of the USO, in Directive 2008/6 […] and the 2012 SGEI Framework (which entered into force on 31 January 2012).”

It is not obvious how the Commission reads such a limitation of the appropriate calculation methodology in the third Altmark condition. The text of the judgment is so general (“the compensation cannot exceed what is necessary to cover all or part of the costs incurred in the discharge of public service obligations, taking into account the relevant receipts and a reasonable profit for discharging those obligations”), that the only thing that is certain is that overcompensation is prohibited. The judgment did not refer to “incurred” costs and receipts. It referred to “what is necessary” and what is “relevant”. They do not seem to exclude any particular methodology, therefore the question that arises is whether the NAC methodology, correctly applied, would result in overcompensation in the meaning of the third Altmark condition. If that were the case, then it is hard to understand why this methodology is required by the Commission Framework on SGEI.

Conformity with the fourth Altmark condition

Although Correos was not chosen through a competitive procedure, Spain claimed that Correos was compensated according to the costs of a “typical”, “well-run” and adequately provided” undertaking, as specified by the Court of Justice in the second part of the fourth Altmark condition. In support of this claim, Spain submitted a consultant’s report according to which Correos’s costs were lower than those of a hypothetical well-run postal operator.

The Commission rejected the consultant’s findings on the grounds that “(195) it has not been demonstrated that the USO providers used to establish this benchmark are themselves efficient operators. Instead, the study simply mentions that these postal operators are considered “well-run and adequately provided, because there is no evidence of any kind that would show them to be inefficient, or that would indicate that they have incentives to operate inefficiently”. This argument is however all the more difficult to accept that the set includes USO providers which have received USO compensation, and for which the Commission has already adopted decisions concluding that their costs could not be considered efficient costs.”

Then the Commission made a cryptic statement. “(197) Furthermore, the USO compensation of Correos has been defined on the basis of the Spanish methodology which according to the Spanish authorities is an implementation of the NAC methodology. This seems to contradict the letter of the fourth Altmark criterion which refers to the incurred cost of a well-run undertaking.”

I suppose that what paragraph 197 means is that the NAC methodology takes into account the own costs of the operator in the actual and the counterfactual scenario, not those of the hypothetical benchmark. But, even if this is the correct interpretation of paragraph 197, I don’t see why the use of the NAC methodology would necessarily contradict the benchmarking exercise of the fourth Altmark condition. For example, if before the assignment of the USO, undertaking A, that is assumed to be the most efficient on the market, incurs cost of 100 and earns revenue of 105 (which, say, results in a 5% profit] to provide a certain service [which corresponds to the counterfactual without the USO) and benchmarking shows that the next most efficient operator without access to subsidies would incur more than 100 to deliver the same service, then if undertaking A would bear cost 120 to fulfil the assignment, it follows that compensation of 21 (that covers the extra cost and includes profit of 5% on the extra cost of 20) satisfies simultaneously the third and fourth Altmark condition and the NAC methodology.

I also do not see how the Commission interprets the fourth Altmark condition to require that the companies that make up the benchmark must be efficient. The fourth Altmark condition only states that “the level of compensation needed must be determined on the basis of an analysis of the costs which a typical undertaking, well run and adequately provided […] so as to be able to meet the necessary public service requirements, would have incurred”. At most it seems to be saying that the aid recipient should not be worse than the average.

At any rate, the Commission rejected all Spanish claims and concluded that the compensation for Correos constituted State aid. It then proceeded to assess its compatibility with the internal market.

Incompatibility and non-conformity with the 2012 SGEI Framework

The Commission found (i) that the USO was a genuine SGEI, (ii) that the obligation had been assigned correctly through an official act which specified the terms of the service and the parameters for calculating the compensation, and (iii) that the 12-year duration of entrustment was not excessive (other postal operators had USO/PSOs spanning 15-year periods).

Given that the Commission had problems with the Spanish methodology in relation to its compatibility with the Altmark conditions, not surprisingly, it had problems too when it came to determining whether it prevented overcompensation. In its assessment, it refused to apply a NAC methodology because it was introduced after the aid to Correos had been granted. It insisted that the appropriate methodology was that of cost allocation (CA).

However, the amount of overcompensation was reduced by about EUR 151.3 million because the Spanish government had forced Correos to pay dividends. Correos did not have any commercial interest to do so since Correos was solely funded by the state and did not have to induce the state to provide funds like private companies have to keep paying dividends in order to attract investors. In addition, the dividends came out of its profit which was made mostly in relation to the non-reserved USO services. (Paragraphs 257 & 262)

In the end the amount of overcompensation was set at EUR 166.1 million. To this amount, the Commission added EUR 0.753 million in unpaid property taxes and EUR 0.114 million in unpaid taxes on economic activity. All three amounts have to be recovered by the Spanish authorities.

The Commission also examined capital injections totalling EUR 48 million. It found them not to constitute State aid because Correos was profitable and Spain acted as a private investor. (Paragraphs 318-321)

Correos also received compensation for the costs it incurred in distributing election materials sent by political candidates. The Commission considered that such compensation fulfilled all of the criteria of Article 107(1) but it classified it as existing aid that would have to be assessed under a separate decision.