You are here: Lexxion > State Aid Blogs > State Aid Uncovered > The Compatibility of State Aid Depends on the Rules which are Applicable at the Time the Aid is Granted 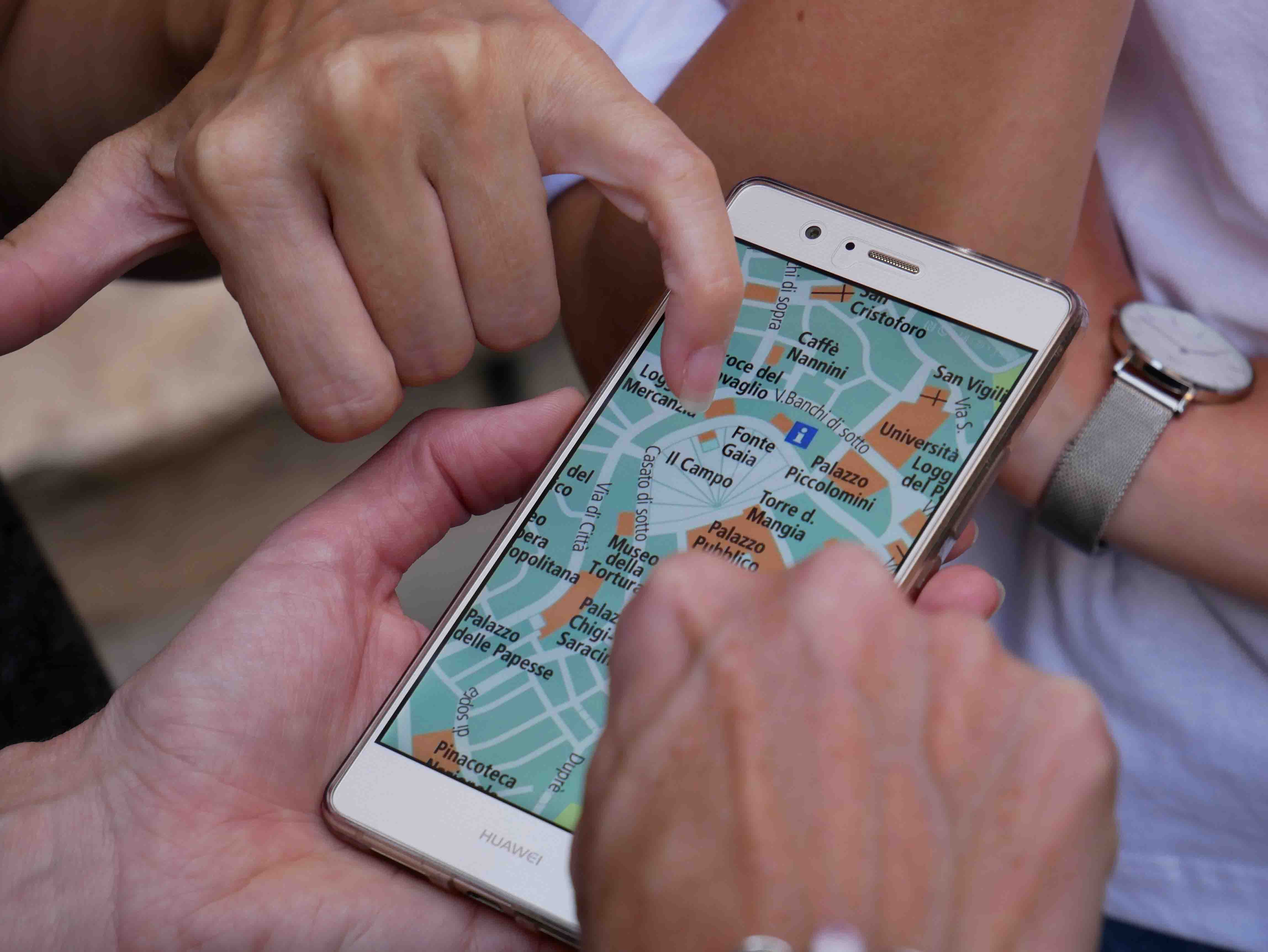 Failure to comply with just a single provision of an exemption regulation results in the non-applicability of the whole regulation and makes any implemented aid measure automatically illegal. The compatibility of aid measures adopted in the past but continuing having effects are assessed not on the basis of old rules but on the basis of the rules which are applicable at the moment the aid measures produce effects that fall within the scope of new rules, unless the new rules explicitly exclude them from their scope.

One of the aims of the 2012-14 State aid modernisation was to assign more responsibility to Member States to ensure compliance with State aid rules, in particular measures which are based on the General Block Exemption Regulation or any other exemption regulation.

A case in point of what can go wrong when a measure is implemented on the mistaken belief that it conforms with an exemption regulation is the judgment of the General Court of 11 July 2018, in case T-185/15, Buonotourist v Commission.[1]

Buonotourist was a private company which provided public transport services on the basis of regional and municipal concessions in Italy. For some of those concessions, it incurred losses and asked for extra compensation to cover its additional costs. The relevant regional authority refused. In response, Buonotourist initiated proceedings before a national court which found in its favour and instructed the relevant authority to pay the compensation. Then the regional authority decided to notify the compensation to the Commission to obtain its confirmation that either it did not constitute State aid or that it was compatible aid.

The Commission, in decision 2015/1075, declared the extra compensation as incompatible with the internal market and ordered its recovery. The Commission decision was reviewed on Lexxion State Aid Hub as Blogpost on 15 September 2015.

The primary reason for the incompatibility of the aid was that the compensatory amount was calculated ex post on the basis of all costs incurred by the company. The ex post calculation combined with the fact that the public service obligation [PSO] was not well defined, led the Commission to conclude that the compensation covered both eligible and ineligible costs and therefore was incompatible with the internal market.

Buonotourist made several pleas. It argued, among other things, that the Commission should not have prohibited the compensation because it constituted existing aid exempt from the obligation of prior notification and that, at any rate, it was compliant with Article 93 TFEU.

The General Court recalled that under Article 93 TFEU, aid is compatible if it meets the needs of coordination of transport or if it is granted as compensation for PSO. Furthermore, Article 108 TFEU provides for different procedures depending on whether the aid is existing or new. Existing aid must be regarded as legal as long as the Commission has not declared it incompatible with the internal market. (paragraphs 79 & 80)

The Court noted that the Italian regional authorities concerned [the Region] had already paid compensation to cover the operating and management costs of Buonotourist in supplying public transport services and for its investments in the same period. As this compensation was granted to Buonotourist more than ten years before the first information letter sent by the Commission, it was not the subject of the Commission decision. However, the additional compensation was actually granted to it in December 2012 and therefore fell within the 10-year limitation period. [94]

To determine whether the second compensation was existing aid, it was necessary to assess whether it was based on Article 11 of Regulation 1191/69 that applied to land transport at the time and exempted aid from prior notification. However, the exemption from notification under that Regulation concerned only compensation for PSO imposed unilaterally by a public authority on transport undertakings. [95-96]

The Court concluded, after detailed analysis of the relevant facts, that the Region had not imposed any unilateral PSO on Buonotourist, nor did it fix the prices that Buonotourist could charge to its customers. Buonotourist merely operated under a permit – a concession – which allowed it considerable discretion in how to set up and run its operations and how to price its services. [97-115]

This part of the judgment highlights the importance of linking compensation to precise and compulsory conditions in the provision of a public service. The service provider must have well-defined legal obligations in terms of area of operations, price, quality, customers, frequency, etc.

The Court concluded that the compensation could not be regarded as existing aid because it was not in conformity with Regulation 1191/69, contrary to Buonotourist’s assertion, but constituted new aid, which had to be notified in accordance with Article 108(3) TFEU. [120]

Compliance with the Altmark conditions

Existence of advantage, affectation of trade and distortion of competition

Buonotourist contended that the Commission failed to prove that it had received an advantage in the meaning of Article 107(1), or that trade was affected, or that competition was distorted.

The Court observed that since the Altmark criteria were not fulfilled, the compensation constituted State aid and therefore conferred an advantage to Buonotourist. Since bus transport was open to competition, and Buonotourist was in fact in competition with operators from other Member States and had activities in other regions of the EU, trade was sufficiently affected and competition was distorted. [135-148]

The Court noted that it is clear from the case-law that the Commission is required to examine the compatibility of aid with the internal market, even when the Member State concerned disregards its obligation to notify the aid and, therefore, the aid becomes illegal. Furthermore, in case of illegal aid, the Commission is not bound by the two-month time limit laid down in the procedural regulation. [164-165]

The Court also pointed out that according to its earlier finding the additional compensation was not exempted from the notification obligation under Regulation 1191/69 [because the obligation had not been imposed unilaterally] and therefore had to be notified to the Commission under Article 108(3) TFEU. [167]

The Court also rejected the argument that the Commission could not decide on the compensation because it was notified by the Region and not by the Italian Government. This is because the Commission is competent to rule on aid granted by Member States even in violation of the obligation to provide prior information. [168]

Buonotourist claimed that the Commission erroneously assessed the compatibility of the compensation on the basis of Regulation 1370/2017. It pointed out that the aid was granted before the coming into force of that regulation.

On the other hand, the Court said, EU law must be interpreted, without undermining the principles of legal certainty and legitimate expectations, as referring to situations arising prior to its entry into force only to the extent that it is clear from its terms, purpose or economy that such an intention must be attributed to it. [204]

Then the Court clarified that Article 8(3) of Regulation 1370/2007 provided that the public service contracts in force on 3 December 2009 “may continue until they expire”. However, under Article 17(2) of Regulation 1191/69, the compensation paid to a transport company, in return for a PSO imposed on it, was exempted from the notification requirement of Article 108(3) TFEU only when it satisfied the conditions in sections II to IV of that Regulation. For this reason, the Court agreed with the Commission which had considered that, since the compensation of Buonotourist was not in compliance with Regulation 1191/69 and since it constituted aid within the meaning of Article 107(1), its compatibility had to be assessed on the basis of Regulation 1370/2007. [205-207] (With respect to the application of the correct rules, the General Court referred at this point to the judgment of the Court of Justice of 6 October 2015 in case C-303/13 P, Commission v Andersen.)

On the basis of the above findings, the General Court rejected in its entirety the appeal of Buonotourist.

Four important conclusions can be drawn from this case, two procedural and two substantive. First, Member States must be very careful how they interpret and use an exemption regulation. Failure to comply with just a single provision of the regulation results in the non-applicability of the whole regulation and makes the implemented aid measure automatically illegal. Second, the compatibility of public measures adopted in the past but continuing having effects [i.e. they continue to provide aid] are assessed not on the basis of old rules but on the basis of the rules which are applicable at the moment the aid measures produce effects that fall within the scope of the new rules, unless the new rules explicitly exclude them from their scope. Third, a PSO must be well-defined and compulsory. Fourth, compensation calculated ex post is not compatible with the internal market.