You are here: Lexxion > State Aid Blogs > State Aid Uncovered > Public Service Obligations Must be Properly Defined and Selectivity Must be Proven [1] 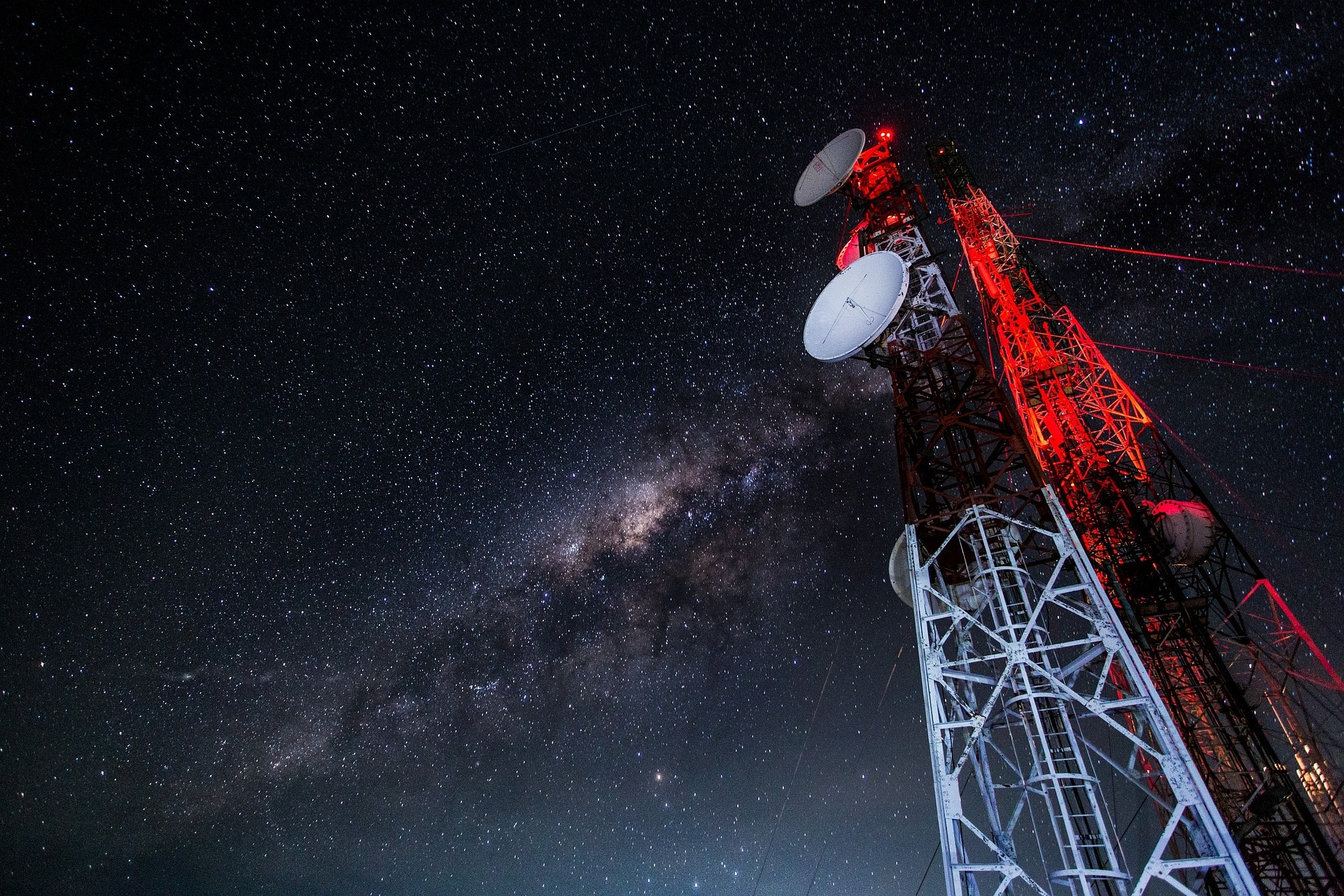 Neither the existence of market failure, nor national laws that designate a service to be in the general interest can replace an official act that assigns to one or more undertakings clearly defined public service obligations.

The proper definition of public service obligations (PSOs) is an issue that arises with surprising regularity. It is surprising because numerous court judgments and Commission decisions have made it clear that when a public authority imposes a PSO it must do so via an act or administrative decision that compels a particular provider or providers to offer a service that is defined by the authority itself in terms such as price, quality, area, frequency, regularity, customers, etc. General sectoral regulation is not enough, nor is an act of assignment that allows the provider to determine the quality and price of the service.

On 20 September 2018, the Court of Justice returned to the issue of proper definition of a PSO in case C-114/17 P, Spain v European Commission.2 Spain appealed against the judgment of the General Court in case T-808/14, Spain v European Commission. Before the General Court, Spain had sought the annulment  of Commission decision 2016/1385 concerning State aid granted by Castilla-La Mancha for the development of terrestrial digital television in remote and less urbanized areas of Castilla-La Mancha.

About a decade ago, Spain provided public funding to support the transition from analogue to digital broadcasting in rural areas and, in this case, the Autonomous Community of Castilla-La-Mancha. Unlike most other autonomous communities in Spain, Castilla-La Mancha did not organise a competition to extend the coverage of digital television through concessions. Instead Castilla-La Mancha granted direct subsidies to broadcasters.

After a formal investigation, the Commission, in decision 2014/489, concluded that the aid was incompatible with the internal market and order Spain to recover it from the three broadcasters involved: Telecom CLM, Abertis and Hispasat. It should be noted that direct beneficiaries of the aid were also considered to be local authorities acting as network administrators.

The main reason why the Commission considered the aid to be incompatible, even though it promoted an objective of common interest, was that the aid measure in question violated the principle of technological neutrality and was, therefore, inconsistent with the compatibility principles of appropriateness and proportionality. The Commission also took the view that, since the subsidised operations were not properly defined as a public service and since there was no act imposing a public service obligation on the broadcasters, the aid measure was not compatible with Article 106(2) TFEU.

Spain’s appeal before the General Court was unsuccessful [and so were the appeals of the undertakings that had received the aid].

In the present case, Spain argued that the General Court misinterpreted the first Altmark condition which concerns the proper definition and assignment of a PSO.

The Court of Justice observed that the General Court stated that the characterisation of the service of general interest set out in the relevant Spanish law concerned all telecommunications services and broadcasting networks. It held that the mere fact that a service is classified in national law as a service of general interest does not mean that each undertaking providing that service is entrusted with the fulfilment of clearly defined public service obligations within the meaning of Altmark. Furthermore, it did not follow from the relevant Spanish law that all the services in question were SGEI. Instead, the Spanish law explicitly stipulated those services had to be provided under conditions of free competition. (Paragraph 76 of the judgment)

Then the Court dismissed several subsidiary arguments by Spain that the General Court misinterpreted the relevant Spanish law because the law itself was not very specific. The Court ruled that the General Court only applied EU law to the facts before it and it was not its responsibility or competence to interpret national law.

The Court of Justice also dismissed Spain’s argument that the General Court did not assess correctly the inadequacy of the market. The alleged market inadequacy had no bearing on whether the undertakings in question were actually entrusted with public service obligations by an act of a public authority and whether those obligations were clearly defined. (Paragraph 84)

In other words, an identified inadequacy of the market or, more broadly, the existence of market failure, justifies state intervention but it cannot replace the need for proper definition and assignment of the PSO. From previous case law, the definition and scope of the PSO must be proportional to the identified inadequacy and the assignment must be through an official act or administrative decision that makes it obligatory for the SGEI provider to supply the service in question.

Indeed, a couple of paragraphs further, the Court of Justice explained that the first Altmark condition requires not only that the recipient of the aid is in fact entrusted with the discharge of public service obligations but also that those obligations are clearly defined in national law. That requirement safeguards the principles of transparency and legal certainty and demands the existence of one or more acts of a public authority which lay down with sufficient clarity, the nature, duration and scope of the public service obligations imposed on the undertakings responsible for fulfilling those obligations. In the absence of such objective criteria it is not possible to determine whether an activity can be characterised as SGEI. (Paragraph 86)

For the above reasons the Court rejected the appeal.

During the hearings, Spain tried to introduce an issue not raised in its initial appeal at the Court of Justice. Spain argued that after it lodged its appeal at the Court of Justice, a new judgment of the Court of Justice on 20 December 2017 had bearing on the present case. Spain referred to the judgment in case C‑70/16 P, Comunidad Autónoma de Galicia and Redes de Telecomunicación Galegas Retegal v European Commission. That case also dealt with subsidies for conversion of analogue to digital television in Spain. It was reviewed here on 16 January 2018 (http://stateaidhub.eu/blogs/stateaiduncovered/post/9125)

In the present judgment [of 20 September 2018], the Court of Justice rejected the request of Spain to introduce a new plea on the grounds that the judgment in case C-70/16 P, Comunidad Autónoma de Galicia and Retegal v Commission could not be regarded as a new legal element in the proceedings. That judgment merely confirmed the requirements concerning the examination of the selective nature of an aid measure. Those requirements were laid down in the judgments of 21 December 2016, C-524/14 P, Commission v Hansestadt Lübeck, and C-20/15 P and C-21/15 P, Commission v World Duty Free Group and others, which were issued before Spain brought the appeal. A judgment which merely confirms a legal situation which the appellant knew at the time it lodged its appeal cannot be regarded as justifying a new plea in law. (Paragraph 39)

So, Spain should have been aware that selectivity required in essence a comparison between undertakings which are in a similar factual and legal situation. In order to carry out this comparison one has to start by identifying the objective of the aid measure, then determine all the undertakings which are in a similar situation in relation to that objective and, lastly, prove that one or more of those undertakings is discriminated by being excluded from the benefits which are conferred by the aid in question.

The view of the Commission, ever since the judgment in case C-15/14 P, Commission v MOL, is that an ad hoc measure or a measure targeting a particular sector or region is inherently selective with no need for further proof. The Commission says so in its Notice on the Notion of State aid. “126 When Member States adopt ad hoc positive measures benefiting one or more identified undertakings (for instance, granting money or assets to certain undertakings), it is normally easy to conclude that such measures have a selective character, as they reserve favourable treatment for one or a few undertakings.” This is the reason why the Commissioned considered it as self-obvious that a measure benefiting terrestrial broadcasters in certain Spanish regions was selective. It appeared to be thrice selective: at the level of technological platforms [terrestrial v other broadcasters], at the level of sectors [broadcasting v other sectors] and at the level of regions (rural areas v urban areas).

It is rather certain that in the future the Commission will avoid making the same mistake. It will explain why an obviously selective aid measure is indeed selective by identifying the undertakings which are excluded from the scope of the measure.

But I wonder whether in a manner similar to that of arms races Member States will not also smarten up and make it more difficult for the Commission to prove the selectivity of their measures? Which company is in a similar situation when a state measure grants aid to the company that undertakes investment on Constitution Avenue 123? By definition only one company occupies that address. If you think this is farfetched, then how would one prove the selectivity of a measure that is phrased as follows: “The cost of purchasing electronic equipment of type X may be offset by a grant of 50% of the price paid net of VAT”. Assume, for the sake of argument that equipment X is some specialised machinery that is used only by a few companies in a certain sector.

Should one go beyond the stated objective of the measure and consider all those companies whose equipment is not subsidised? If any company can have the option of either purchasing or renting equipment, one may argue that no company is excluded from the benefits of a subsidy to purchasing rather than renting [although after the judgment in World Duty Free, I am not sure that this reasoning holds]. But still, should the measure be considered selective because it does not subsidise equipment Y, or non-electronic equipment? If the answer is in the affirmative we have a problem because those two categories fall outside the scope of the measure which is limited to equipment X. After all, as the Court of Justice dictated, comparability must be determined “in the light of the objective pursued by that regime”. We reach an impasse because the objective of the aid measure is both blindingly obvious and quite abstruse.

The way to resolve this conundrum is to appreciate that the “objective” of an aid measure is normally a complex concept, made up of several individual components. Selectivity can arise in relation to any of the constituent components. If we deconstruct the objective of the measure in the example above, we see that it supports, first, purchasing, then electronic equipment and then equipment X. Therefore, the measure is selective at least because it subsidises the purchasing of X rather than the purchasing of any other equipment. The universe of comparable companies is defined by all the companies that purchase equipment, regardless of type.