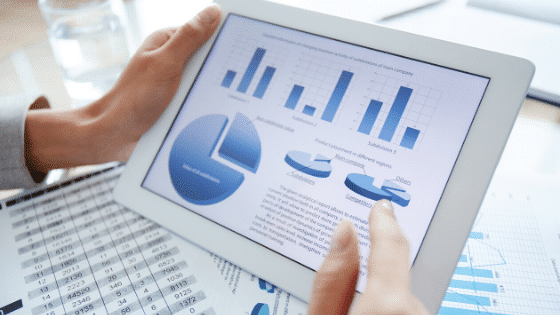 Public measures that do not constitute state aid are as interesting as the measures that do provide aid. This posting examines two measures that have been found not to fall within the scope of Article 107(1) TFEU because they do not satisfy one or more of the four criteria laid down in that Article.

Non-economic activity: Commission Decision SA.35529 on “digitization” of books in libraries in the Czech Republic[1]

The objective of the scheme is to promote culture and heritage conservation by improving online access to catalogues of libraries. In order to improve online access, library holdings have to be converted to a digital format.

Since the primary beneficiaries of the measure are local and regional libraries, university libraries and other specialised libraries, the question that has arisen is whether they carry out economic activities so that they can be classified as undertakings in the meaning of Article 107(1) TFEU.

As is well established in the case law, economic activity covers any entity that offers goods or services on a given market, regardless of the legal status of that entity or the way by which it is financed.

According to Czech law, “a library is a facility that provides legally defined public library and information services and is entered in the libraries register kept by the Ministry of Culture. Only a library entered in the library register can receive the notified aid.” [paragraph 20] Czech law does not differentiate between “public” and “private” libraries. Furthermore, registered libraries must be non-profit in the sense that they must provide services to all users free of charge and may not demand any fee from users for making library documents available to them. Libraries are, therefore, dependent on public funds.

In relation to the non-profit operations of libraries, the Commission explains in footnote 2 that “only in certain cases, such as international inter-library borrowing services, can a library demand payment of the costs incurred from a user. A library can also demand from users payment of the costs incurred in registering users, for example an annual registration fee. Fees, for example, for registering users or for an international borrowing service are set at a symbolic amount and only represent a fraction of the actual costs. A library cannot demand an amount from users that would lead to any profit being created.”

The Commission considers that “one of the main criteria for deciding whether a given activity is economic in nature, [is] whether such activity may be carried out at least in principle by a private enterprise for profit. The activities of the libraries … would not therefore be undertaken by any private entity seeking profit.” [24] The Commission then notes that “the fact that an amount up to the real cost is paid by the user for certain services is not relevant, as any remuneration is not in itself sufficient for the activity carried out to be an economic activity.” [footnote 4].

The Commission goes on to an extensive discussion of the public mission of libraries and their role in supporting public policy and the mission of the state.

The important point, however, of this case is not the cultural nature of libraries but the fact that due to their non-profit profit functions and their legal obligation to provide most services for free, they cannot sustain commercially viable operations. It is in this respect that they are not economic in nature. Otherwise, it is not inconceivable that a library can indeed be operated for profit on a commercially sustainable basis.

This is a complex case with many different measures. This posting examines only those that have been found not to constitute state aid.

PZL Dębica has 212 employees. It is a medium-sized company active primarily in the production of refrigeration equipment. The company’s financial difficulties date back to 2002. At that time a restructuring plan was adopted for 2002-07 and included several measures covering tax and social security write-offs, public loans and de minimis aid.

A second restructuring plan was notified to the Commission in August 2008. The second plan included a capital injection and a loan by the Polish Industrial Development Agency, deferral of social security debt and a public loan write-off.

Some measures were withdrawn before the Commission took its decision. Some other measures were found to have been implemented before Poland’s accession to the EU. Lastly, some loans were repaid at interest rates which far exceeded the relevant reference rates plus risk premiums. All these measures are therefore not covered by the present Commission decision.

That left two categories of measures to be examined in depth by the Commission: the alleged de minimis aid and the social security deferrals.

The de minimis Regulation 69/2001 that was applicable at the time did not exclude companies in difficulty. However, it required that with respect to loans, security would have to be provided and that no abnormal risk would be assumed by the aid granting authority.

In view of these requirements, the Commission calculated the whole amount of the unsecured loans and deferred payments, not just the interest rate that was not charged, as the gross grant equivalent of aid. Where loans or deferred payments were secured with a 100% cover of the nominal amount, the Commission calculated the amount of aid as the reference rate plus 400 bp. In the end it found that the whole amount was below the then de minimis ceiling of EUR 100,000.

The question with respect to deferrals was whether the Polish Social Security Office acted as a private creditor. According to the Commission, Member States must “establish unequivocally and on the basis of objective and verifiable evidence” that their measures pass the private creditor test. [paragraph 80]

A hypothetical private creditor does not tolerate non-payment and takes effective action to enforce the debt even if it would drive the debtor to bankruptcy. Moreover, the hypothetical private creditor monitors closely the economic situation of the debtor. In this case, Polish authorities had to show that they sought to recover all the money owed to them without incurring financial losses and that by deciding not to file for the company’s bankruptcy, they intended to maximise recovery of the amounts owed to them.

The initial evidence, however, cast doubt on the behaviour of Polish authorities as private creditors. This is because the Social Security Office allowed debt to accumulate for a number of years. However, more detailed investigation showed that the Social Security Office eventually forced the company to sell some assets and threatened to file for the bankruptcy of the company. It also took into account the fact that the company was experiencing growing sales and reduced production costs. This would enable the company to continue repayment of the debt and would guarantee that no new debt would accrue.

The test conclusions were based on an analysis of (i) the company’s actual economic and financial situation, (ii) the company’s assets and all its liabilities, (iii) the company’s market position, (iv) the results of restructuring and (v) the legal rules and practice applicable to insolvency proceedings in Poland.

The Commission analysed the report and its assumptions because it did not contain a comparison of the present values (discounted values) of the revenues generated by the two options. A private creditor would have to determine the net present values of the two options in order to determine which was more beneficial. The Commission calculated itself the present values for several discount rates, using conservative assumptions [3 years in the case of the company’s liquidation and 8 years in the case of deferral]. It concluded that for all meaningful discount rates a private investor would be better off under the deferral scenario than in the case of liquidation. This shows that sensitivity analysis is always more convincing in such situations.

On the basis of the evidence above, the Commission concluded that the Social Security Office, by agreeing to the deferral, behaved like a private creditor seeking to obtain the payment of sums owed to it by a debtor in financial difficulty. Therefore, the deferral did not constitute stat