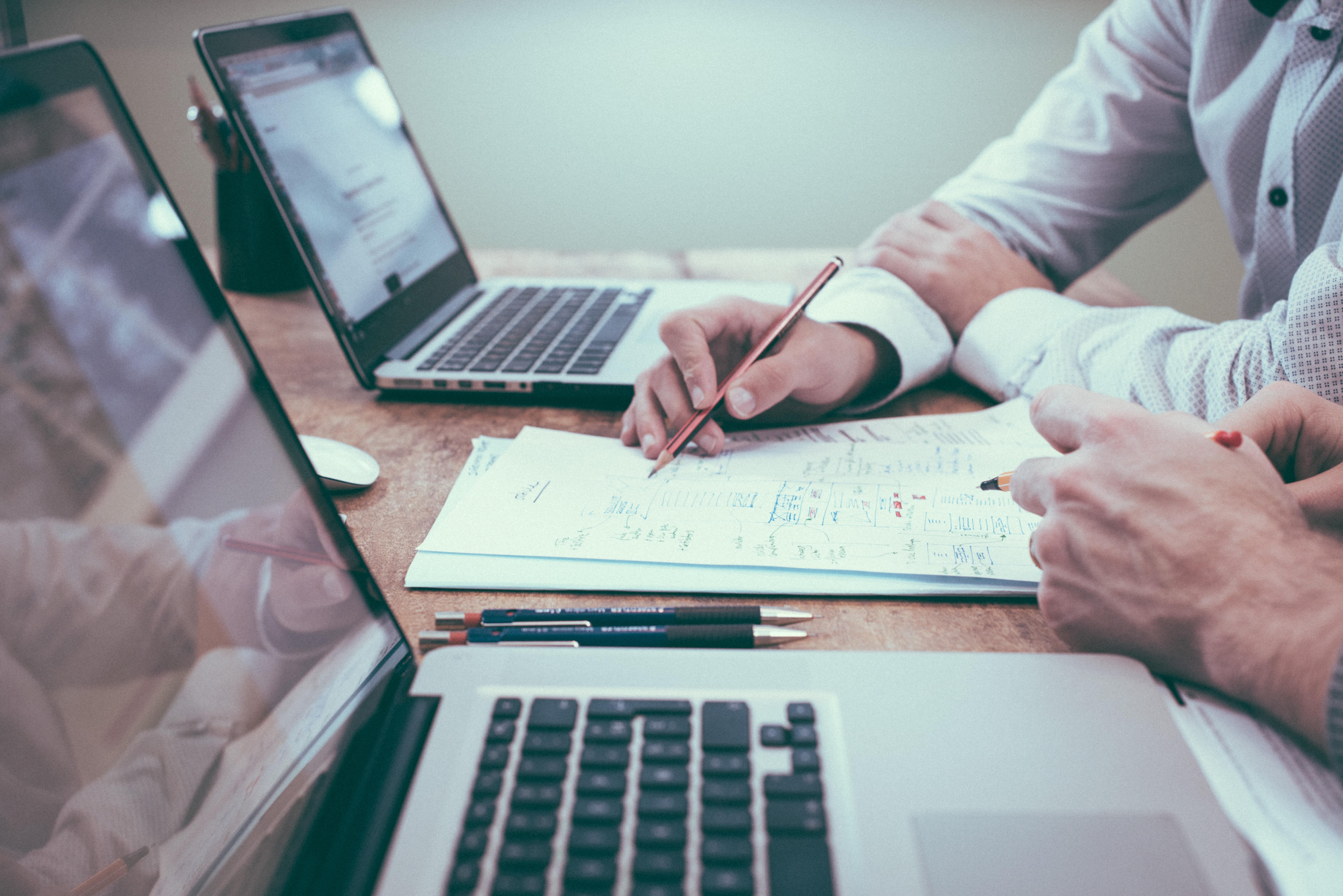 The amount of State aid in a repayable advance to support research projects is the difference between the return a private investor would demand and the actual return for the funding authority.

According to the staff working paper accompanying the 2018 annual competition report that was published on 15 July 2019, 95% of all State aid measures supporting R&D have been implemented on the basis of the GBER.[1] Indeed, since 2014 just seven measures have been notified to the Commission by Member States in the field of R&D. Therefore, when the Commission authorises anything that has to do with State aid to R&D it is newsworthy.

The recently approved measure SA.53791 is surely unique.[2] It is the first notified methodology on the calculation of the gross grant equivalent [GGE] of State aid contained in “repayable advances”. It must also be one of the very few measures that have been approved precisely within two months of its notification. The documentation was received by the Commission on 29 March 2019 and the measure was approved on 29 May 2019!

What is a “repayable advance” and when should it be used?

According to Article 2(21) of the GBER a repayable advance “means a loan for a project which is paid in one or more instalments and the conditions for the reimbursement of which depend on the outcome of the project”. Point 15(dd) of the RDI Framework contains exactly the same definition.

In general, a Member State should support a research project with a grant when the project is too risky and unlikely to be commercially viable without the aid. At the other end of the spectrum, a commercially viable project with normal risk [normal is what the market typically bears] should not receive public funding, or at most, public funding should be in the form of a loan or capital injection at market rates. A repayable advance falls in between a grant and a loan and it is an appropriate instrument when the commercial success of the project is uncertain and the risk of failure is higher than what the market can bear.

SA.53791: Support of R&D in the development of civil aircraft

The German measure was intended to finance R&D in the experimental development of new aircraft with more than 20 seats. The fact that the notified methodology is to be used for projects in a specific sector does not detract from its usefulness as guidance or example for similar approaches that can be applied to other sectors or projects. Naturally, the particular values of the variables used in the proposed formula may have to be adjusted to reflect the actual conditions in other sectors.

The return that a private investor would demand for the various risks it would encounter established a benchmark for determining the GGE of the aid. Any shortfall from that benchmark would be equivalent to the amount of aid embedded in the repayable advance.

Any R&D project bears at least two risks: a technical risk [i.e. nothing useful is discovered or invented] and a commercial risk [i.e. the product that is eventually developed is a marketing flop or that competitors come up with a better product]. In this case, there was also a regulatory risk [i.e. failure to obtain a licence for new aircraft]. Boeing’s recent travails with the 737 Max show that the regulatory risk can be significant.

The explanation in paragraph 7 of the decision suggest that a funding authority has to calculate, first, the expected future revenue from the project, then discount it to its present value using an appropriate discount rate that reflected all the various risks and, finally, compare the derived amount to the actual amount of the repayable advance. The difference is the GGE of the aid.

However, the notified formula was more complicated. The Commission decision explained that “(8) for the application of the methodology, the starting point is the consideration that the project has only two possible outcomes depending on R&D success (base case) or failure (failure case):

In reality it is a bit unusual for a project to lead only to two mutually exclusive outcomes: failure or success. Even when a project falls short of its stated or pre-defined objectives, research almost always leads to unexpected findings [it is the very nature of research that some findings are unexpected]. Perhaps this possibility was ignored in the case of the German methodology because it was difficult to determine ex ante how to value unexpected findings. At any rate, research projects normally generate a range of outcomes, each with a different probability and a different amount of expected revenue. That is, Overall Revenue = p1R1 + p2R2 + … + pnRn. In such a typical situation, the sum of the probabilities of all potential, non-mutually exclusive outcomes does not have to add up to 1 [i.e. p1 + p2 + … + pn ≠ 1].

The formula notified by Germany calculated the present value of the GGE “(9) as the valuation of the probability that the R&D project fails (failure case scenario) plus the discounted value of the interest rate benefits obtained (calculated on the basis of a market conform return minus the contractual rate of return) in relation to the annual conditional loan disbursements and repayments (base case scenario)”.

This looks like the very simple formula derived above without the probabilities of success or failure.

The precise formula [in my simplified notation] was:

A = amount of repayable advance

F = funding rate (which is the risk-free rate plus 0.25% to take account of related costs)

IRR = internal rate of return at the base scenario (successful outcome)

The precise values of the variables in the formula would have to be determined by independent experts.

According to paragraph 10 of the decision, the applicable risk-free rate is equal to the swap rate corresponding to the currency and the maturity of the repayable advance. The length of the maturity is the time period until the revenue of the project reaches the pre-determined milestone for success.

“(14) On top of the funding costs, the proposed methodology puts forward that a market economy investor would ask the remuneration of the risk linked to the debtor’s creditworthiness.”

“(15) The corporate risk margin [R] depends on the debtor’s creditworthiness and collaterals. For that purpose, the rating of the benefiting company is used as well as its level of collateralisation or alternatively the one of the mother company if this would result in a lower rating.” “(16) The corporate risk margin is determined according to the Communication from the Commission on the calculation of reference rates and discount rates.”

The market risk rate, M, depends on several other variables such as demand, price levels, supply and the competitive environment. “(18) The proposed methodology puts forward that a market economy investor would ask remuneration for the risk relating to the sales forecasting errors.”

According to the notified methodology, a “specific default rate or viability gap”, PD, would be “(21) determined on the basis of an empirical study of aircraft developments over the last three decades, which have a comparable R&D character.”

Then the annualized probability of default was

where, t is the average maturity of non-successful programmes.

“(25) In order to translate the APD in a corresponding commercial annual risk spread reflecting the market risk, the proposed methodology takes the following steps:

a) Express the probability of default as an expected loss (EL). Based on the empirical analysis, the independent expert judged that the exposure at default (EAD), i.e. the remaining outstanding notional amount at the moment of project failure, is 50%.

b) In a repayable advance, recovery will not be achieved by enforcement of collateral or other liquid assets i.e. when the project stops, no more sales are realised and therefore the loss given default, for the remaining sales that will not be realised, is equal to 100%. Since this LGD is higher than the typical LGD on CDS (the average LGD on senior unsecured bonds is 60%)8, a corresponding adjustment of the probability of default (PD) is required for subsequent derivation of a corresponding credit rating as follows:

where , PDp = the multi-annual default probability of the project;

APDadj = the annual default probability based on past empirical evidence, adjusted for an LGD of 60%;

tp = is the maturity of the project (i.e. the period required until the nominal amount of the repayable advance is repaid in full, under the base case).

d) Identify the corresponding credit rating by looking up the PDp in the average cumulative corporate default rates table provided by one reference credit rating agency given the project specific maturity.

e) The relevant market rate [M] corresponds to calculating the average spread over a basket of single name CDS of the corresponding maturity. That basket contains all EU companies for which a CDS is traded in the same rating category.

f) For each single name CDS, the last mid-prices at the time of the day the valuation is taken. Then a simple average over the resulting prices is taken to arrive at the CDS basket benchmark value. In case there are no traded CDS for the relevant project maturity, the traded CDS with the next greater maturity can be substituted.

g) If there are less than ten single CDS names in a given basket, the methodology cannot be applied.”

In order to estimate the GGE, it is first necessary to determine the contractual rate of return of the project which takes into account all the credit costs under the base case, the specific pre-agreed loans disbursements and repayments and the returns in case of payment of the success fees. The internal rate of return (IRR) is calculated as the discount rate that makes the net present value of all cash flows under the base case scenario equal to zero.

Then, “(27) the individual annual aid equivalents are calculated on the basis of the difference in interest rate calculated at the rate of return in line with the market remuneration for projects of similar risk [= C + M + F] minus the contractual rate of return (= IRR) in relation to the annual loans disbursements and repayments. This amount is then discounted at the applicable reference rate, the aid element reflecting the specific R&D risk is then added.”

The Commission approved the methodology because it considered that “(35) these factors are what a market economy operator, operating in the normal conditions of a market economy and for a comparable transaction size, would evaluate for the determination of a fair remuneration of his investment.”

It then added that “(36) in line with recitals 102 to 104 of the Commission Notice on the Notion of State aid:

On the basis of the above analysis, the Commission concluded that “the GGE of aid comprised in repayable advances and calculated according to the approved methodology will therefore be considered as a transparent form of aid in the meaning of Article 5(2)(j) of the GBER.”

[1] The staff working paper makes for interesting reading. It can be accessed at: