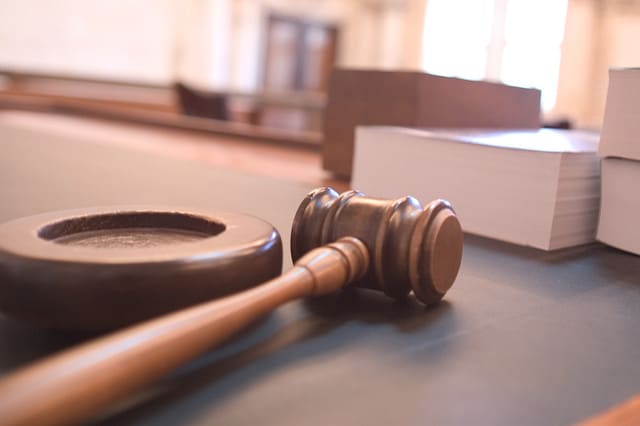 A private investor chooses the less costly option between selling a company at a loss and liquidating it. In addition to avoiding losses, a private investor also cares for its image, quantifies its value and factors it in the sale or liquidation option.

On 6 July 2017, the General Court ruled in two closely related cases: T-74/14, France v Commission and T-1/15, SNCM v Commission. These two cases represent the latest, but probably not the last, chapter in a long-running saga that began in 2002.

In 2002, France notified a restructuring plan for Société Nationale Maritime Corse Méditerranée (SNCM). SNCM was State-owned. In July 2003, the Commission approved the plan and corresponding State aid in decision 2004/166. In June 2005, the General Court annulled that decision (T-349/03, Corsica Ferries v Commission). The case was brought by Corsica Ferries, a competitor of SNCM.

With a new decision in July 2008 (2009/611), the Commission concluded that the 2002 restructuring plan was again compatible with the internal market. The plan provided for the following three actions:
1.    Sale of 75% of SNCM for a “negative” price of €158 million, i.e. the State paid the purchaser to assume the liabilities of SNCM. This amount included €15.5 million of pension liabilities.
2.    Investment by a State-owned entity of €8.75 million in the successor of SNCM.
3.    A subsidy of €38.5 million to employees of SNCM to take early retirement and leave the company.

Corsica Ferries also appealed against the new Commission decision (T-565/08, Corsica Ferries v Commission). In September 2012, the General Court annulled the decision on the grounds that a private investor would have opted for liquidation that was cheaper, that the capital injection of €8.75 million was not made under pari passu terms (terms for the private investors were more favourable) and that the subsidy of €38.5 million to employees was in fact indirect aid to SNCM because it relieved it from the cost of inducing its employees to leave the company.

In November 2013, the Commission adopted a revised decision with number 2014/882.[1] In that decision, which was based on the judgment of the General Court, the Commission concluded that the aid that was granted to SNCM was incompatible with the internal market and had to be recovered.

The two judgments from 6 July which are reviewed here are appeals against the 2013 Commission decision. They shed light to the meaning of pari passu in the context of the market economy investor principle.

In its first plea France alleged that its rights of defence were violated because after the annulment of its 2008 decision, it adopted the 2013 decision to comply with the judgment of the general Court without opening the formal investigation procedure. This raised the interesting question whether the Commission should open the procedure after the annulment of a previous decision. The Commission argued that according to another judgment (T-301/01, Alitalia v Commission) it must take into account only the information that was available at the time it reached that previous decision which in this case is the 2008 decision.

The Court agreed in principle that subsequent information has to be ignored, but also pointed out that when it comes to responding to the annulment of one of its own decisions it is not enough for the Commission to go back to the original information. This is because the decision may have been annulled for errors other than manifest error, i.e. misuse of the Commission’s powers, or errors of law. The Court also acknowledged that it is not clear in the case law that the Commission is obliged to reopen the formal procedure. Having said that, the Court went on to explain that the Commission would have to reopen the procedure if it would be necessary to collect information that would be necessary for the re-adoption of the annulled decision (paragraphs 50-52).

However, the General Court concluded that the mistaken belief of the Commission that it did not have to reopen the formal procedure in the end did not affect the validity of the contested decision of 2013. This is because of two reasons. First, it had numerous exchanges of information with France and SNCM prior to adopting the 2013 decision. Second, it already had all the necessary information at its disposal in order to correct the errors that the General Court identified in its judgment of 2012.

Then the Court explained why the Commission needed no new information. It is this explanation of the Court that has direct relevance to the market economy investor principle and the concept of pari passu. Because the analysis of the Court is more extensive in its related judgment in the appeal brought by SNCM, it is reviewed immediately below in the context of that judgment.

At several points in its judgment, the General Court referred to the overall thrust of the argument of France that its intervention in SNCM should have been compared to that of a holding company that sought to maximise its profits in the long-run and protect its corporate image by making payments that prevented labour unrest, e.g. in paragraphs 102, 110 and 112. It should be recalled that in the 2012 judgment it was acknowledged, perhaps for the first time in the case law, that a private investor does not only want to make profit but also cares for its public image. However, the General Court noted then that image has value and a private investor would quantify that value and take it into account to determine whether sale of assets was preferable to liquidation of SNCM.

In the present case, the General Court responded to the French argument that France was protecting its long-term profits and image by pointing out that France had failed to define the economic activities in relation to which it would be possible to assess the economic rationality of its actions and the avoidance of damage to its image (brand) from such events as labour strikes. In particular, France did not show whether it was a normal practice among private investors to grant additional redundancy payments to protect their image (paragraphs 103, 112 and 121) and it did not quantify the alleged social costs (paragraphs 131 and 132). In fact, the Court went one step further and endorsed the assessment of the Commission on this point that a holding company would not be so generous as to raise the expectations of the employees in its other subsidiaries (paragraph 134).

With respect to the payment of €38.5 million to the staff of SNCM to leave the company, the Court agreed with the Commission that that was an indirect subsidy to SNCM as it relieved it from any extra costs it would have to bear to induce them to leave and enabled it to reduce its payroll. Such a payment went beyond the legal obligation of the company in case of liquidation (paragraph 137). The Court also noted that the Commission had found that every time SNCM proposed changes in the conditions of employment there were strikes and industrial action (paragraph 226).

With respect to the negative sales price of €158 million, France had argued that liquidation would have been more costly because it could involve the payment of damages to employees. The General Court rejected this argument on the grounds that there was no evidence adduced to demonstrate with reasonable probability that employees could win any claim for damages.

With respect to the injection of capital amounting to €8.75 million together with a contribution of €26.25 million by private investors, the General Court first observed that the Commission examined whether it was indeed pari passu and also whether a private investor would have made that investment.

In relation to the alleged pari passu nature of the investment, the General Court recalled paragraph 117 of the 2012 judgment according to which concomitance or simultaneity of public and private investments is a strong indicator that the State is acting as a private investor, but it is not sufficient by itself to prove that.

The General Court observed that the termination and repurchase obligations were equivalent to a no-loss guarantee (paragraphs 201-204). Their combined effect could also mean that in case SNCM was in difficulty again, the private investors would exit while the State would find itself holding 100% of the company and be liable for 100% of the costs of possible liquidation (paragraphs 205 and 206).

As for the fixed rate of 10%, the Court noted that the rate for the private investors was variable and that no ex ante analysis had been carried out that showed that it would be acceptable to a private investor (paragraphs 208-211).

Lastly, the General Court dealt with the claim put forth by France that allowing SNCM to go bankrupt would have enabled Corsica Ferries to acquire monopoly position, raise its prices and lower the quality of its services. The General Court rejected unconditionally this argument on the grounds that there were no barriers to entry, that other competitors could fill the void and that France had provided no evidence to back up its claims (paragraphs 248-251).

Quite interestingly, the General Court observed that the purpose of State aid control is not to prevent a private company from increasing its market share but to prevent distortions to competition caused by State intervention. If that company abuses its market power, this is an issue that can be addressed by Article 102 TFEU and not Article 107 TFEU.

[1] This decision was reviewed here on 9 February 2015 at http://stateaidhub.eu/blogs/stateaiduncovered/post/1289.

[2] This judgment was reviewed here on 11 April 2017 at http://stateaidhub.eu/blogs/stateaiduncovered/post/8370.

[3] The full text of the judgment, in French, can be accessed at:

[4] The full text of the judgment, in French, can be accessed at: