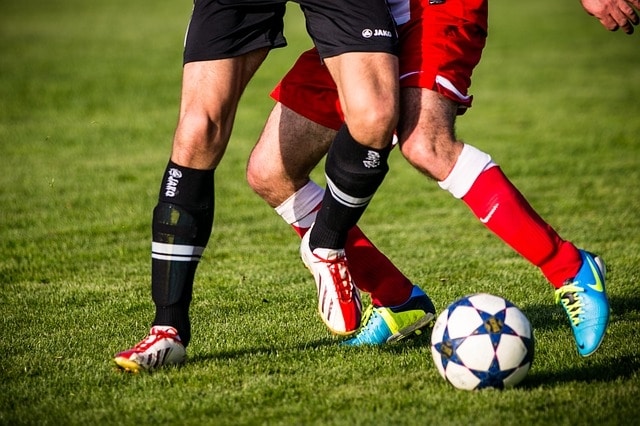 State aid has a purely local impact when i) the beneficiaries supply goods or services to a limited area within a Member State, ii) they are unlikely to attract customers from other Member States and iii) there is no inducement for cross-border investment or establishment.

The article this week continues with the theme of affectation of trade that was examined in last week’s article. This time the focus is on sporting activities which may or may not have a trade effect. For sure, any sport for which teams participate in international competitions has a cross-border reach. But, the situation is not so simple. Professional teams which do not directly compete abroad may also be involved in cross-border transactions. As was shown by the recent Commission investigations in professional football, even second-level teams may sell and buy players to and from abroad without participating directly in European competitions.

When considering the application of Article 107(1) TFEU to sport, a puzzle bigger than the affectation of trade is whether it constitutes an economic activity. The case which is reviewed here touches on both the existence of economic activity and its possible impact on trade. It also indicates how possible State aid for sport may be compatible with the internal market.

The Commission, in decision SA.37900, examined whether public support for local sports associations in Denmark fell within the scope of Article 107(1).[1] Because it could not exclude the possibility that that support contained State aid, it also considered the compatibility of the aid.

In May 2013 the Danish association of commercial gyms and fitness centres [Dansk Kommerciel Fitnes & Sundhet] complained to the European Commission that the Danish government had granted State aid to two local sports federations, namely DGI and DIF.

DIF and DGI receive a large part of their income from annual grants from the Danish government and also from other private sources. However, public authorities are not involved in the governing bodies DIF and DGI.

The objective of the measure in question was to help local, non-profit sports associations which are members of the federations DGI and DIF, to set up fitness centres for their members. This objective was in line with the Danish government’s policy of increasing the level of physical activity of the Danish population and improving its health and well-being.

Those fitness centres were not part of any commercial chain. They were run independently by the non-profit associations for the benefit of their members.

The complainant alleged that the support to the non-profit associations was in three forms. First, aid was provided through advantageous loans offered by the DGI and DIF, using money given to them by the state. The loans were used by the associations to buy exercise equipment. Second, the associations received municipal grants. And third, they benefitted from certain VAT exceptions.

Loans: The maximum loan amount was EUR 57,000, interest-free, with a reimbursement period of 5-10 years. Local sports associations had to co-finance at least 50% of the investments for which the loans were used. The total amount available for such loans was EUR 806,000 per year for a maximum of 20 local sports associations. Therefore, the average loan per recipient was EUR 40,300 annually. The DGI and DIF also channelled grants to local sports associations for training of instructors. In 2014, the amount per participant in such training courses varied between EUR 33 and EUR 134, and the total number of participants was, in 2014, 678 persons.

Municipal grants: A table in the Commission decision indicates that in 2015 the three largest associations received about EUR 33,000 in grants.

VAT exemption: The VAT exemption that applied to local fitness centres was based on Article 132(1)(m) of the EU Directive 2006/112 on the common system of VAT [Chapter 2: exemptions for certain activities in the public interest].

The Commission concluded that the interest-free loans granted to the fitness centres via the DGI and DIF did not constitute State aid. “(15) The financial means in question appear to constitute State resources. However, in order for the means to constitute State aid, public authorities must have influence on the decisions of the body granting the financial aid to the beneficiaries. […] DIF and DGI receive a large part of their income from annual grants from the Danish State […] but also from other (non-public) sources. In accordance with DIF’s and DGI’s rules, the governing bodies are elected without any influence from public authorities and without influencing the individual decision adopted by DIF’s and DGI’s governing bodies. Thus, neither the Danish State nor any other public body has any influence on the decisions adopted by DIF or DGI. Consequently, the payments by DIF and DGI […] cannot be imputed to the State and are therefore not considered as aid in the sense of Article 107(1) of the Treaty.”

The Commission also referred to the case law on Article 132(1)(m) of the Directive. “(19) The precise scope of the exemption in Article 132(1)(m) has been examined by the Court in Case C-174/006, Kennemer Golf and Country Club, and in Case C-253/077, Canterbury Hockey Club. […] The exemption is subject to a number of conditions laid down in Article 132(1)(m). Thus, the services in question must be provided by a non-profit-making organisation. The services must be closely linked to sport or physical education and must be supplied to persons taking part in such activities. Supplies of these services may be exempted only if they are essential to sport or physical recreation.”

The Commission concluded that “(22) Denmark is under an obligation under Union law to implement the VAT exemption in question, and that the [fitness] centres qualify as exempted entities. In that case, the measure stems from an act of the Union legislature and is not imputable to the State. The VAT exemption therefore does not constitute State aid in the meaning of Article 107(1) TFEU.”

With respect to municipal grants, there was no doubt that they involved state resources which conferred a selective advantage. However, the Commission considered that they did not affect cross-border trade.

The Commission first recalled that aid has purely local impact when two criteria are satisfied. “(26) First, the beneficiary supplies goods or services to a limited area within a Member State and is unlikely to attract customers from other Member States. Second, it cannot be foreseen, with a sufficient degree of probability, that the measure will have more than a marginal effect on the conditions of cross-border investments or establishment.”

“(27) As a preliminary comment, the Commission notes that the grants […] are individual funding decisions by local authorities based on their general budgetary powers to fund (or not) certain types of activities within their territory. The Commission further notes that the [fitness] centres are not part of a business network but are separate local amenities, open only to their respective members, and which have only the label [fitness] in common but no commercial interconnections.”

“(28) The target group for the offer is the local population in the vicinity of the respective sports associations. The zone of attraction would not go beyond the limits of neighbouring municipalities, and in any case not extend into the territory of other Member States.”

The estimated annual average grant per beneficiary was only EUR 5,780. It would have been useful if the Commission had added at this point that an amount of less than EUR 6000 is unlikely to defray the cost of establishment or any extra operating costs. Indeed, when a Member State can show through quantitative analysis that the cost of relocation or establishment represents a dissuasive entry barrier, then the likelihood of affectation of trade through direct investment will be very low.

At any rate, on the basis of the above evidence, the Commission concluded that the grants too did not constitute State aid. Because, however, some of the grants could have been considered to be State aid, it went on to examine whether they could be categorised as de minimis aid or aid compatible with the internal market.

The estimated amounts per beneficiary were in all cases well below the de minimis ceiling of EUR 200,000 for any fiscal period of three years. The Commission stated that it had “(38) no indication that such aid was cumulated with other State aid. Moreover, the aid is provided in grants and therefore it is considered as transparent (Article 4.2 of the de minimis Regulation).”

The Commission also examined the possibility of compatibility under Article 55 of the GBER [Regulation 651/2014] concerning sport infrastructures.

“(39) Article 55 of the GBER comprises, inter alia, exemption criteria for operating aid for sport infrastructures. […] the grants at stake support the activities of the centre (based on number of members), training of instructors and costs related to facilities (renting of premises), all of which fall under the definition of eligible costs of operating aid for sport infrastructure and do not exceed the operating losses of the centres. Moreover, the access to the fitness centres is open and non-discriminatory.”

Without explicitly stating whether the aid in question could be exempted on the basis of Article 55 of the GBER, the Commission concluded that “(19) even if the aid would not be covered by the GBER, in any event, on a subsidiary basis, the Commission considers that the aid would be compatible with Article 107(3)(c) TFEU, as it complies with the substantive conditions set out in Article 55 of that Regulation.”

Conclusions and some puzzling issues

In summary, the three types of public support were not State aid because:

In case they would be classified as State aid, they would also be compatible with the internal market on the basis of Article 55 of the GBER.

One may be tempted to query the Commission’s finding of no affectation of trade, but it is unlikely that the Commission’s analysis was wrong. There was no evidence to suggest that people crossed into Denmark from Germany or Sweden to use the subsidised fitness centres or that companies from other Member States were incentivised by the measures to establish such centres in Denmark.

However, it is puzzling that the Commission referred to compatibility only with the “substantive conditions” of Article 55 of the GBER. The Commission did not appear to have carried out an exhaustive assessment of compliance with all of the substantive provisions of Article 55. For example, the amount of operating aid under Article 55 of the GBER must be determined either ex ante or be subject to claw-back mechanisms. The subsidies to the fitness centres did not seem to be subject to either ex ante or ex post control. It was probably unnecessary for the Commission to assess in any detail their compatibility given that it had already concluded that there were no State aid.

It probably also wanted to avoid other headaches. Even if the subsidies were compatible with the substantive provisions of the GBER, they appear not to have complied with the formal requirement of publication. It is well-established in the case law that not respecting formal requirements can cause aid to be qualified as “illegal”; i.e. not granted on a valid legal basis. This must be the reason why the Commission warned Denmark in footnotes 18 & 19 that aid granted on the basis of either the de minimis regulation or the GBER had to conform with all of the provisions of the respective regulations.