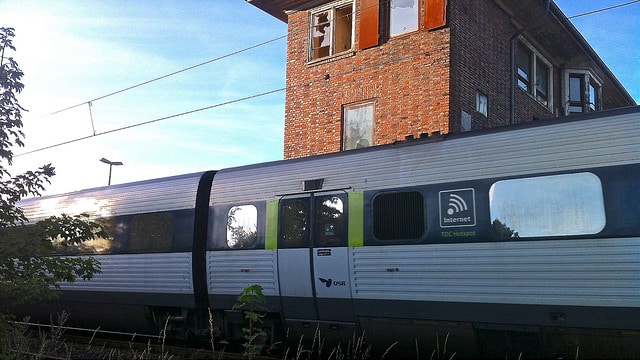 Public service obligations may cover both profitable and unprofitable segments of the market.

18 January 2017, the General Court delivered its judgment in case T-92/11 RENV, Jørgen Andersen, v European Commission.[1] Mr Andersen appealed against Commission Decision 2011/3 which concluded that public service contracts between the Danish Ministry of Transport and Danske Statsbaner [DSB], the incumbent train operator, contained State aid which was, under conditions specified by the Commission, compatible with the internal market.

Part of the new judgment is devoted to determining the applicable rules at different points in time. This analysis is ignored here. What is more interesting is the definition of the public service obligation and the existence or not of overcompensation of DSB.

Mr Andersen ran a bus service. The gist of his complaint was that the bus service covered adequately the route on which the PSO was imposed on DSB, that there was no market failure or gap and that the aid gave DSB an unnecessary advantage.

The route in question was Copenhagen [in Denmark] – Ystad [in Sweden]. Please see the map below.

Ystad is on the southern coast of Sweden. To its southeast lies the Danish island of Bornholm. As we will see below, the Danish government argued that its objective was not just to have regular services between Copenhagen and Ystad, but also to ensure that Bornholm was adequately connected to the rest of the public transport network of the country.

The General Court re-examined the various pleas raised by J. Andersen but focused on those aspects of its previous judgment that had been annulled by the Court of Justice. As mentioned earlier, this article will concentrate on just two aspects of the judgment: whether DSB was overcompensated and the definition of PSO.

J. Andersen claimed that DSB was overcompensated and therefore the overcompensation was necessarily incompatible with the internal market. In reply, the General Court noted that “(35) […] the applicant invokes the overcompensation allegedly received by DSB in order to argue that the aid at issue is incompatible with the internal market, citing the judgment of 24 July 2003, Altmark Trans and Regierungspräsidium Magdeburg (C-280/00, EU:C:2003:415), whereas, in the context of that judgment, the issue of the existence of overcompensation is a criterion used to examine the issue of the existence of aid within the meaning of Article 107(1) TFEU. In view of the substance of the line of argument expounded by the applicant, the present plea must be regarded as relating to the infringement of Regulation No 1370/2007 and, more specifically, of Article 9 thereof, in accordance with which public service compensation for the operation of public passenger transport services or for complying with tariff obligations established through general rules paid in accordance with the same regulation is compatible with the internal market.”

The incompatibility of overcompensation can also be derived from the wording of recital 27, Articles 3 and 4 and the Annex of Regulation 1370/2007 which explicitly stipulate that overcompensation is not allowed. Since overcompensation does not fall within the scope of the aid allowed by the Regulation, pursuant to Article 9 of that Regulation, it cannot be compatible with the internal market.

Definition of the PSO

J. Andersen claimed that the Commission had responsibility to check that classification of a service as a service of general economic interest [SGEI] or public service was free of manifest error.

The General Court recalled that “(56) […] Member States have broad discretion to define what they regard as an SGEI and, consequently, the definition of such services by a Member State may be questioned by the Commission only in the event of manifest error”. In addition, the Commission “(57) […] is under an obligation, […], to conduct a diligent and impartial examination, and that obligation requires, in particular, careful examination of the information with which the Member State provides the Commission”.

The General Court observed that the Commission did take into account the policy objectives of Denmark. “(61) […] the Commission indicated that the stated objective of the Danish authorities was to connect the island of Bornholm not only to Copenhagen, but also to the rest of Denmark. […] the objective of the public transport service contracts at issue was to establish a coherent and comprehensive transport system guaranteeing a quality service for passengers and meeting Denmark’s transport operation targets. The link between the island of Bornholm and Jutland was covered by that objective.”

The Court went on to note that “(63) the Commission indicated, […], that the Danish authorities had considered that the existence of a rail service took account of certain specific concerns not addressed by the existing bus service, such as the servicing of the neighbouring Swedish towns along the train route, with three stops in the Swedish towns of Fosieby (Malmö), Svedala and Skurup, with the aim of reinforcing the options for access to the island of Bornholm.” “(64) […] It follows that the stops in those towns, and more specifically those planned in Svedala and Skurup, are not merely to meet technical requirements, but also have the aim, […], of providing passenger transport for persons residing in Sweden and working in Denmark and, therefore, also pursue a public service objective.”

Therefore, the PSO imposed on DSB was wider than the mere transport of passengers from Copenhagen to Ystad. The General Court did not comment on the important question whether a PSO can include an otherwise profitable service or segment of a route. However, it can be inferred from the absence of any comment to the contrary by the Court that EU rules do not prohibit Member States from including in the scope of PSO profitable market or route segments.

Nonetheless, J. Andersen claimed that it could provide services at lower cost on the route Copenhagen-Ystad and consequently there was no market failure.

The General Court replied by recalling that “(69) […], according to the case-law, while evidence of market failure may be a relevant factor for declaring State aid compatible with the internal market (see, to that effect, judgment of 6 October 2009, Germany v Commission, T-21/06, not published, EU:T:2009:387, paragraph 58), such evidence is not an essential condition, for, in any case, a State may justify aid by the pursuit of a legitimate objective in the public interest (judgment of 9 June 2016, Magic Mountain Kletterhallen and Others v Commission, T-162/13, not published, EU:T:2016:341, paragraphs 78 and 79).” “(70) Thus, there are various reasons that can justify a Member State’s decision to entrust, for consideration, to undertakings the performance of public service obligations. Therefore, contrary to what the applicant argues, the attribution of such obligations to DSB was not solely conditional upon the finding of ‘market failure’. In those circumstances, the elements used in the contested decision for including the Copenhagen-Ystad route in the public service contracts at issue, including the desire to reinforce the options for access to the island of Bornholm for the sake of improving the service to the territory, are not vitiated by a manifest error of assessment. Consequently, the existence of a comparable transport service, supposing it were proved particularly on the basis of the particularities of rail transport mentioned in recital 25 of Regulation No 1370/2007, and the fact that, for travellers originating from Jutland, the applicant’s buses can be used to reach Ystad are not, in the present case, such as to prove that the contested decision was unlawful.” “(71) It follows from all the foregoing that the applicant has not established that the Commission had erred in law in not finding a manifest error of assessment in the inclusion of the Copenhagen-Ystad route in the public service contracts at issue.”

It is clear that the PSO covered more destinations than the route on which J. Andersen’s busses operated. In this sense the PSO required DSB to provide services not offered by the market. But the analysis of the General Court in paragraphs 69-70 is not satisfactory.

First, the Court states that “there are various reasons that can justify a Member State’s decision”. What are these reasons? The Court does not tell us, except to reiterate that there was “desire to reinforce the options for access to the island of Bornholm for the sake of improving the service to the territory”. But is it enough for a Member State to declare its “desire” to achieve a vague and general policy objective such as “improving the service”? What is precisely this service? How is it improved? How is this claimed improvement measured or defined?

Third, and most importantly, the Commission’s own SGEI rules require that Member States demonstrate market failure – i.e. that the market fails to provide the desired service – in order to avoid committing a manifest error in the definition of the SGEI. It is true that the case law only requires that Member States demonstrate that the SGEI has special characteristics. The Commission has translated this vague concept of “special characteristics” into a requirement for market failure. Hence the General Court is right that market failure is not a necessary condition for the definition of SGEI that emanates from the case law. However, the both of the cases that the General Court cites in paragraph 69 refer to the compatibility of aid. The issue at hand was whether the definition of PSO was correct, not whether the aid was compatible.

Conclusions: Some clarity, but questions remain

This is an important judgment. Public authorities that impose PSO have always agonized on what to include in the PSO or, to put it slightly different, how to define its scope. Certainly, a PSO must address a market failure in the sense that it should aim to fill a gap in the market.

However, so far we have had only a single judgment on the question whether a PSO can contain market segments or service segments that are profitable and are supplied by the market, as well as unprofitable segments which are undersupplied by the market. That judgment was rendered by the General Court in September 2013 in case T-79/10, Colt Télécommunications France v Commission, which concerned the construction and operation of a high-speed broadband network in the Paris region [Hauts-de-Seine department]. The answer given by the Court in that case was affirmative, just like the answer given by the Court in the present case.

But it is still uncertain what kind of justification and what evidence Member States may safely rely on when they impose a PSO that spans both profitable and unprofitable commercial services or market segments. In the present case, the Court was satisfied by general statements that the PSO contributed to spatial connectivity. The text of the judgment does not indicate that the Danish authorities submitted more detailed evidence. One wonders whether in other cases such general statements will be sufficient.