You are here: Lexxion > State Aid Blogs > State Aid Uncovered > What Is and What Is not Export Aid 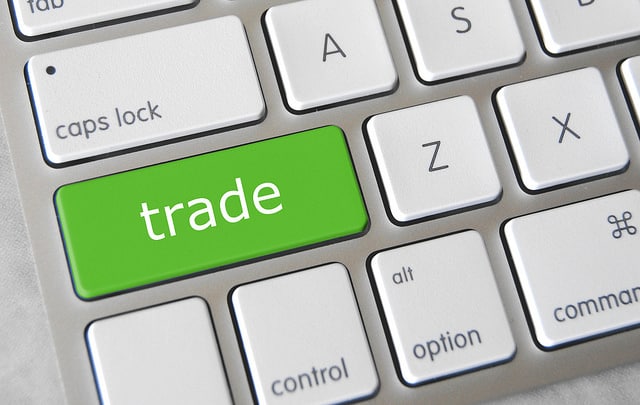 The prohibition of export aid prevents distortions in the internal market. Therefore, it cannot be considered as restricting intra-EU trade. Aid is classified as export aid only if it has a direct impact on exports. The incidental and indirect effect on exports of investment aid is not sufficient to categorise it as export aid.

On 28 February 2018, the Court of Justice delivered a preliminary ruling to a request from a Bulgarian court [case C-518/16, ZPT v Narodno sabranie na Republika Bulgaria].[1] ZPT applied for de minimis aid which was refused on the grounds that it engaged in exports. No de minimis aid may be granted to exports.

Article 1(1)(d) of Regulation 1998/2006 excludes from its scope “aid to export-related activities towards third countries or Member States, namely aid directly linked to the quantities exported, to the establishment and operation of a distribution network or to other current expenditure linked to the export activity”. [Regulation 1407/2013 contains an identical provision in Article 1(1)(d).]

The relevant Bulgarian law does not allow the granting of de minimis aid in the form of tax relief to “investment in assets used in activities relating to exports to third countries or Member States.”

ZPT is a company incorporated in Bulgaria. It manufactures pipes, protective railings for roads, galvanises components, and electroplates components. Its application for de minimis aid was refused on the grounds that ZPT invested in “facilities for the manufacture of products intended for export”. ZPT initiated proceedings before Bulgarian courts, which reached the Supreme Administrative Court. That court rejected ZPT’s appeal because it found that “products were exported” from ZTP’s facility.

Is the prohibition of export aid equivalent to a restriction of intra-EU trade?

After dealing with arguments on the admissibility of the case, the Court of Justice turned to substantive questions the first of which whether Article 1(1)(d) of Regulation 1998/2006 was invalid in the light of Article 35 TFEU.

This is an intriguing question. Since the EU protects free trade, is a prohibition of aid that promotes exports equivalent to a trade restriction? This is because Article 35 TFEU prohibits quantitative restrictions on exports between Member States, as well as all measures having equivalent effect.

Before answering that question, the Court of Justice made three preliminary observations. First, “(40) the prohibition of quantitative restrictions on exports and of measures having equivalent effect applies both to the authorities of the European Union and to the Member States, with the result that a provision of secondary law can be challenged on that basis”. In other words, the Court was saying that the Commission’s regulation could be contrary to primary EU law.

Second, “(41) whereas Article 1(1)(d) of Regulation No 1998/2006 covers exports to third countries or to Member States, Article 35 TFEU applies only to the movement of goods between Member States. Consequently, in so far as it relates to exports to third countries, Article 1(1)(d) of that regulation cannot be contrary to Article 35 TFEU.”

“(43) In that regard, the Court has held that a national measure applicable to all traders active in the national territory which has a greater effect on goods leaving the market of the exporting Member State than on the marketing of goods in the domestic market of that Member State is covered by the prohibition laid down by Article 35 TFEU”. “(44) It follows from that definition that classification as a ‘measure having equivalent effect to a quantitative restriction on exports’ presupposes the existence of restrictive effects on trade […]. Those effects may be of merely minor importance […], provided that they are not too uncertain or too indirect”.

Then the Court made the following, rather surprising, statement. “(45) The prohibition of aid linked to exports to Member States laid down in Article 1(1)(d) of Regulation No 1998/2006, even if it does not exceed the de minimis threshold, has no effect on trade in itself, since it merely requires the Member States to refrain from granting a certain type of aid. Consequently, that provision cannot amount to a measure having an effect equivalent to a quantitative restriction on exports, prohibited by Article 35 TFEU.” [Emphasis added]

I agree with the second part of the statement that I underlined, but not the first. De minimis aid is presumed not to have an effect on trade. Aid of less than EUR 200,000 is defused throughout the operations of the recipient undertaking so any impact it may have on trade can only be indirect and insignificant. But when aid is expressly intended to fund exports, that presumption can no longer be held to be valid. The impact of EUR 200,000 on exports may be small but it is direct. Hence, export aid cannot be deemed to fall outside the scope of Article 107(1).

Indeed, the Court went on to explain that “(46) the main effect of the fundamental rules of the internal market and of the general aid scheme which forms part of it is that the exclusion of export aid from the scope of Regulation No 1998/2006 is justified in the light of the actual purpose of Article 107 TFEU. According to that article, State aid is, indeed, incompatible with the internal market ‘in so far as it affects trade between Member States’. Export aid, even of a modest amount, is, by definition, one of the forms of aid which may affect trade between Member States, both directly by conferring a competitive advantage on the products exported and indirectly by inciting the other Member States to take symmetric countermeasures intended to counterbalance that competitive advantage. As the Commission argued during the hearing, allowing such aid would be particularly detrimental to the functioning of the internal market.”

Moreover, “(47) Article 35 TFEU cannot justify a measure contrary to Article 107 TFEU. The reasons for which the Court held that the provisions of the FEU Treaty on State aid cannot be used to frustrate the Treaty rules on the free movement of goods also justify the reciprocal assertion, namely that those provisions and those rules have a common purpose, namely to ensure the free movement of goods between Member States under normal conditions of competition”.

What is export aid?

Then the Court of Justice turned its attention to the question put by the referring court concerning the validity under EU law of the Bulgarian law that excluded “investments in assets used for export-related activities from the benefit of tax relief constituting de minimis aid”.

It should be noted that this question is not precise enough for the purpose of interpreting the de minimis regulation, either the previous one or the current one. De minimis aid that supports a manufacturing facility part of whose output is also sold abroad is not export aid. Otherwise de minimis aid could not be granted to any undertaking that exports just one unit of its output.

The Court confirmed that the prohibition of export aid could not be interpreted strictly. “(51) The purpose of Article 1(1)(d) of Regulation No 1998/2006 is to limit the possible scope of that derogation by excluding export aid from it. That prohibition thus amounts to a return to the principle of prohibition of State aid laid down by the Treaty. It cannot, therefore, be interpreted strictly.” At the same time, “(52) Regulation No 1998/2006 did not in any way have the purpose, […], either of obliging the Member States to grant certain aid or of compelling them to use all the possibilities of derogation for which it provides.” In other words, Member States are free to decide not to grant de minimis aid, even if it is allowed by EU law.

The Court helpfully clarified that “(55) Article 1(1)(d) of Regulation No 1998/2006 does not exclude all aid which may have an impact on exports, but only that which has as its direct purpose, by its very form, the promotion of sales in another State. Aid ‘directly linked to the quantities exported’, aid relating to the establishment and operation of a distribution network or aid relating to other current expenditure linked to the export activity are the only forms of aid that are regarded as such.”

“(56) It follows that investment aid, on condition of it not being, in one form or another, determined, in principle and in its amount, by the quantity of the goods exported, is not included within ‘aid to export-related activities’ within the meaning of Article 1(1)(d) of Regulation No 1998/2006 and does not therefore come within the scope of application of that provision, even if the investments thus supported facilitate the development of goods intended for export.”

“(57) In the opposite case – that is to say, where investment aid is determined by the quantity of goods exported and by whether it subsequently comes within the scope of application of Article 1(1)(d) of Regulation No 1998/2006 – it is excluded from the benefit of the de minimis rule. Thus interpreted, Article 1(1)(d) of Regulation No 1998/2006 does not preclude provisions of national law such as those of Article 182(2)(7) of the Law on corporation tax, provided that they are interpreted by the national courts, as their wording allows, as involving the same exclusion.”

The prohibition of export aid prevents distortions in the internal market. Therefore, it cannot be considered as discouraging or impeding trade.

Export aid is only that aid which has a direct impact on exports. The incidental and indirect effect of investment aid on exports is not sufficient to classify it as export aid.