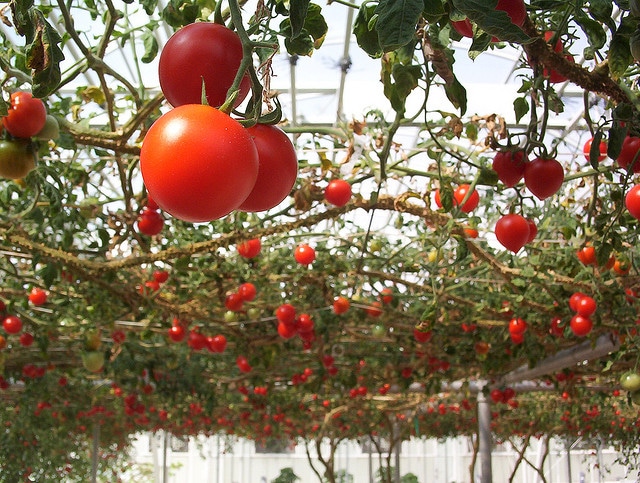 When a public entity injects fresh capital in a company in which it is already a shareholder, the new capital does not constitute State aid when it satisfies three conditions: i) all shareholders contribute in proportion to the shares they own, ii) the private participation is simultaneous and iii) the private participation is economically significant.
Introduction
In this article I examine Commission decision SA.36178 concerning an investment that is to be undertaken by Istituto Sviluppo Agroalimentare [ISA] in the share capital of Consorzio Casalasco del Pomodoro [CCDP].[1] The investment is in the form of a capitalisation programme to achieve the financial balance of CCDP.The Commission assessment centred on whether the investment satisfied the market economy investor principle [MEIP].Background

ISA is a public company wholly owned by the Italian Ministry for Agriculture, Food and Forestry Policies. It supports projects of agro-industrial development by agricultural companies. ISA’s mission is to provide investment aid to the processing and marketing of agricultural products through soft loans with a maximum duration of 15 years. It can also invest at market conditions by acquiring minority shareholdings.

The beneficiary of the notified measure, CCDP, is a large company active in the processing and marketing of agricultural goods. The CCDP is a cooperative. It is one of the leading companies in Italy in the field of industrial processing of tomatoes, with approximately 3.4 million tons of raw materials processed in 2011, a production value of over EUR 250 million, 600 employees and a turnover in 2012 of more than EUR 213 million. It is one of the main operators in the production of sauces and condiments made from tomatoes, both for third parties and under its own brands [Pomi and Pomito]. CCDP is also present in other areas of the food sector such as beverages, juices and tea for third parties and soups for third parties and under its own brand [Pais]. About 60% of the CCDP products are intended for foreign markets, the rest being sold in Italy.

ISA is already a shareholder in CCDP. The new participation of ISA in CCDP will be temporary. It is foreseen that the duration of the investment will be between 7 and 10 years. The proposed capitalization shall provide the CCDP with necessary resources for optimization and efficiency improvements which have been planned for the 2012-2020 period.
The investment plan provides for an overall increase in shareholders’ equity of EUR 24 million, consisting of the issuing of shares for ISA of an amount of EUR 12 million and a corresponding cash contribution by the CCDP members.

The shares of ISA will enjoy the following privileges:

In other words, the capital injection by ISA has a mixture of debt features [limited losses] and equity features [possibility for extra return].

In addition, for the duration of its participation in the CCDP, ISA would have the power to appoint an auditor in the position of the Chairman of the Board of Auditors and a member of the Board of Directors of the CCDP.

Furthermore, the investment is made subject to fixed exit conditions. ISA is committed to withdraw not before the 7th year following its entry into the CCDP capital, and no later than the 10th year. The exit value for ISA will be determined by i) the initial investment (EUR 12 million), and ii) the value of goodwill of the company that is generated during ISA’s presence. The latter is calculated as an annual fixed percentage (4.25% of the investment) plus a margin based on performance.

The goodwill was expected to be between a minimum of 4.25% (guaranteed annual return) and a maximum of 8%, determined as the sum of the minimum guaranteed return and an additional spread of up to 3.75% per annum (variable return).

In their notification, the Italian authorities also provided information on key financial data and expected margins, comparisons with peer companies, scenario and market analysis, competition analysis [i.e. impact on competitors and the sector in general], and on the financial costs of obtaining loans and other credits from private banks.

In paragraph 59 of its decision the Commission explained that “the MEIP can be taken to apply where the public holding in a company is to be increased, provided that the capital injected is proportionate to the number of shares held by the authorities and goes together with the injection of capital by a private shareholder; the private investor’s holding must have a real economic significance.”

In this particular case, the Commission found that i) ISA would receive a number of shares corresponding to the invested amount, so that the capital injected by the public investor would be proportionate to the number of shares it would hold; ii) that the acquisition of share capital by ISA in CCDP would take place at the same conditions as those applying to the CCDP’s private shareholders which would subscribe the corresponding amount in the form of cash contribution and iii) that the private investor’s share in the investment would have real economic significance. [Paragraphs 60-61]

The Commission went on to examine in more detail these requirements. First, the Commission considered whether the CCDP was in a healthy financial situation and that it did not fulfil the conditions for being classified as a company in difficulty [62-70]. Normally, this is the first condition that the Commission and any private investor would take into account. But given that private investors were simultaneously co-investing with ISA, it is not clear what was the significance of this condition in the final decision of the Commission.

Next, the Commission checked whether the profitability of the investment was commensurate to the risks. As a first step, it established that the expected profit rate was realistic. As from its entry into the capital of the CCDP, ISA would have the right to a minimum guaranteed return of 4.25%, increased by a spread based on the performance of the CCDP. The rate of return for ISA would fluctuate between the guaranteed minimum of 4.25% and a possible maximum of 8%. Based on the evidence presented by the Italian authorities this forecast was found by the Commission to be reasonable.

In this connection, the Commission used two benchmarks for determining whether the expected rate of return would satisfy a private investor.

First, a comparative analysis was carried out in order to verify whether the expected rate of return was similar to the rates offered by competitors. This analysis showed that the expected return for ISA was consistent with the profitability of the sector and was above the average return on equity [ROE] identified for the main competitors of the CCDP.

Second, the risk margin of the loan financing of the CCDP was in the range of 120-150 basis points which suggested a rating of between BBB and BB [with normal collateral]. Italian government bonds [10-year gross yield], which could be considered at similar risk, stood at 4.4%. The investment into the CCDP capital offered a comparable initial guaranteed rate, however, it had the upside potential of a rate of 8%.

The Commission also rather curiously took into account German government bonds [10-year gross yield] whose yield at the time stood at 1.6%. Adding a risk margin of 200 bp would give a rate of return of 3.6%, which was approximately 0.6 percentage point lower than the guaranteed minimum return. Therefore, the profitability of the investment seemed adequate. This raises the important question whether the risk-free rate in the Eurozone should be the yield on German government bonds which is the lowest of all Eurozone members.

The Commission also found that the risks involved were considerably lower than in a pure equity investment. ISA’s holding in the CCDP’s capital was secured by additional guarantees:

The Commission was further assured that ISA’s participation was not going to be followed by disengagement of the private investors. CCDP’s private shareholders were prepared to subscribe simultaneously a cash-contribution equal to the investment of ISA.

Interestingly, the above analysis did not completely allay the concerns of the Commission. This is because there were certain elements of the investment plan that could involve State aid. For example, there can be a mismatch between the duration of the investment and the fixing in advance of a selling price. This creates problems because such price fixing is reasonable only in very short investments. The longer the investment, the higher the risk and the less justified a selling price that is fixed well in advance.

In the case at hand, while the duration of the project was fixed, only the minimum rate of return was fixed, while the actual yield depended on the performance of the CCDP during the period that ISA would hold shares. The selling price would depend on the market price of the shares of CCDP at the time of exercising the exit option. Therefore, the Commission did not consider that the fixing of a minimum exit price in advance conferred an advantage to CCDP.

In view of all this final finding, the overall conclusion of the Commission was that the ISA investment in CCDP satisfied the MEIP and therefore was free of State aid.

Conclusions and lessons to be drawn

This is an instructive case because it shows that the MEIP can also be applied to an agricultural cooperative. However, there are two problems in this case. First, it is not clear at all why such a large company like the CCDP with production amounting to a quarter of a billion euros could not obtain a mere EUR 12 million from a bank.

Second, the Commission spelled out the three conditions that had to be satisfied for the investment to be MEIP-conform [i.e. proportionality of shares held with amount injected, simultaneous private participation and economically significant private participation], but then it went on to examine other issues.

Those three conditions in essence compare the public with the private investment in situations where the public and private investors are existing shareholders. But the additional issues investigated by the Commission concern situations where a public investor injects capital for the first time in a company without being accompanied by a private investor. The Commission is then correct to consider the expected yield on the public investment, especially when the existing private shareholders have different choices or are different obligations as owners, which would compel them to make the investment under less profitable rates. But that was not the case in this instance.

Therefore, the lesson to be drawn is that even when a public authority invests together with private investors on pari passu terms, the expected profitability of the project should still be demonstrated in order to ensure that the Commission will find the investment to be in conformity with the MEIP.