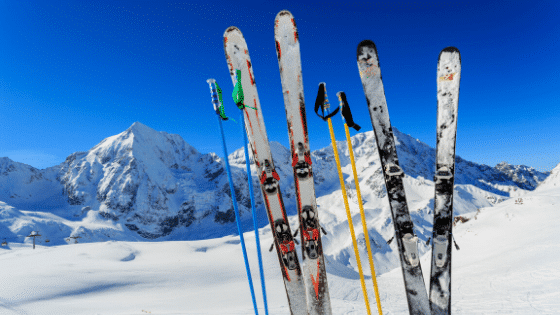 Public authorities and the entities they control need to ensure that injection of public money in an undertaking must satisfy the market economy investor principle, otherwise it will be considered to be State aid. Public funding of an undertaking in difficulty has to be preceded by an ex ante assessment that can show that either the recipient will be turned around and generate sufficient profit to satisfy a private investor or that the recipient will be turned around and become viable again in conformity with the rescue & restructuring guidelines.
Introduction
In this article I review Commission Decision 2014/273 concerning State aid granted by Slovenia to Elan, a manufacturer of skis and boats.[1] Elan received two capital injections. The first was found to be free of State aid. However, the second capital injection was deemed to be State aid because at the time Elan was in financial difficulty and the new capital did not conform to the requirements of the rescue & restructuring guidelines. Since the second capital injection was not made with any State aid guidelines in mind, it proved impossible for Slovenia to demonstrate that the aid was compatible with any of the categories of exemption. This is a mistake that is often committed by Member States. By ignoring the possibility that public funding may constitute State aid that would need to satisfy the criteria of exemption, public authorities in fact precipitate the failure of the projects or undertakings they support.Background

Elan produces skiing equipment and marine crafts. It employs 460 staff and has two main divisions: a winter sport division and a marine division. When the measures in question were taken, Elan was mainly state-owned. However, Elan is currently in the process of privatisation. The main shareholder PDP – a state-owned financial holding company – intends to sell its stake in Elan and is negotiating with potential bidders.

The Commission decision concerns two measures. Measure 1 is a capital injection that was made in November 2007. Shareholders agreed to inject €10.225 million into Elan with each shareholder participating in proportion to its share. The decision was taken on the basis of a company valuation by an independent consultancy. The €10.225 million was divided into €5.8 million for Elan Winter sport and €4.425 million for Elan Marine. Those shareholder loans were later converted into equity in Elan Winter sport and Elan Marine.

Measure 2 is a capital injection that took place in 2008. Despite the capital increase of November 2007, Elan was facing insolvency at the beginning of 2008. The shares that were in private hands were purchased by the state and since then Elan has been an entirely state owned company. As a result an additional €10 million was put into Elan in September 2008. The new capital was divided between €5.924 million for Elan Winter sport and €4.076 million for Elan Marine.

Slovenia mainly argued that Measure 1 was granted in line with the market economy investor principle and that there was no advantage for Elan. In addition, it claimed, the capital injection was not imputable to the State.

The Commission explained that in order to determine whether Measure 1 was State aid, it was important to determine the date that the aid was granted to Elan because, later on, it ran into financial difficulties.

Because aid is considered to be granted as soon as a Member State is committed to it or when the Member State is legally bound to provide the measure, the Commission concluded that such binding effect was created by the signing of a letter of intent in January 2007.

A market investor attempts to maximise the return on his assets, even in the case of an investment in an undertaking in which he already has a shareholding [T-228/99, WestLB v Commission]. The decisive element in this case is whether ex-ante information demonstrated a realistic prospect for profit.

The Commission reached the following conclusions. First, Elan was not a company in difficulty at the time of the capital injection. Second, the decision to inject new capital into Elan was taken on the basis of evaluation from an independent consultancy. Third, Elan’s detailed analysis of the effects of a capital increase indicated that the investments would lead to a cumulative net profit as compared to cumulative net losses without the capital increase [paragraphs 91-92]. Consequently, the Commission considered that Elan’s shareholders acted in line with the market economy investor principle when injecting money in the company, and that Measure 1 did not confer any advantage.

Since Slovenia claimed that the measure was not adopted by the state, the Commission’s first task was to determine whether it could be imputed to a decision of a public authority.

Resources of an undertaking are considered to be state resources if the state is capable, by exercising its dominant influence over such undertakings, to direct the use of their resources [paragraph 96].

As the Commission explained, “[97] … the ability of the State to control the entities involved in granting the measures does not justify automatically the presumption that the entities’ actions are imputable to the State. The Court has further explained the notion of imputability in Stardust Marine [C-482/99, French Republic v Commission (Stardust Marine)]. It provided the following indicators for establishing imputability:

Then the Commission made an important clarification. “The fact that a state owned company is incorporated under private law alone is not enough to exclude imputability of its actions to the State. No distinction should be drawn between cases where aid is granted directly by the State and cases where it is granted by public or private bodies established or appointed by the State to administer the aid. … the Court has held that there are several indicators for imputability, of which the question of whether a company is subject to private law or public law is only one. Therefore, it has to be examined whether there are other facts indicating that measure 2 is imputable to the State” [paragraph 99].

The Commission noted that there were several indications that the state was actively involved in the shareholders‘ decision to inject additional capital in the beneficiary. Those indicators were:

Once the Commission established that state resources were transferred, the next step was to determine whether Elan obtained an advantage unavailable under normal market conditions.

The Commission first observed that Elan was facing difficulties in the meaning of the Rescue and Restructuring Guidelines when measure 2 was granted. Elan was confronted with insolvency at the beginning of 2008, and had a liquidity shortfall of €12-15 million. If potential liabilities were taken into account, Elan had a negative equity value amounting to €[29,5-34] million in July 2008.

Although Elan drew up a long-term plan for the group, the plan consisted mainly of forecasts, without the involvement of an external adviser.

Elan’s shareholders went ahead with the capital injection as Elan would otherwise have had to go into bankruptcy. Creditor banks did not agree to reschedule the loans prior to the capital increase. Had they done so, it could have been a sign that they believed in a return to viability of Elan. However, this was not the case, and on the contrary, one of the banks even asked for a court order to enforce outstanding debts against Elan. In the Commission’s view, that bank’s stance was a sign that the market did not believe in Elan’s return to viability.

Therefore, it was concluded that the second capital injection would not have been made by a private investor and therefore it constituted State aid.

The Commission rejected all arguments put forth by the Slovenian authorities concerning compatibility. Measure 2 did not meet all the requirements for restructuring aid as set out in the Rescue and Restructuring Guidelines, primarily because as no compensatory measures were provided that could have offset the adverse effect of the aid on trading conditions.

Point 40 of the Guidelines stipulates that compensatory measures should in particular take place in the market where the aid recipient has a significant market position after restructuring. Elan represented 13% of global ski production and it was the 7th global ski brand with the market share of its brand accounting for approximately 8% of the global market. By contrast, the marine business did not constitute Elan’s main activity. The company generated a considerably higher share of its turnover in the winter sport division.

However, Elan’s divestments were in the marine division which was not its principal activity. Elan’s shareholders and the banks considered the divested activities to be non-core activities. Moreover, the sale of Elan’s subsidiaries in the marine sector was not meant to offset any distortions of competition. All subsidiaries were loss making at the time of the sale as well as in the years prior to the sale.

The Commission therefore concluded that Elan’s divestments and its reduction of employees and of its marketing expenditure could not be considered as compensatory measures.

None of the exemptions in Article 107(2) and (3) could apply. Although Elan was located in a region eligible for aid under Article 107(3)(a), it was excluded from receiving regional aid because it was in financial difficulty.

The Commission inevitably concluded that the aid was incompatible with the internal market and had to be recovered.