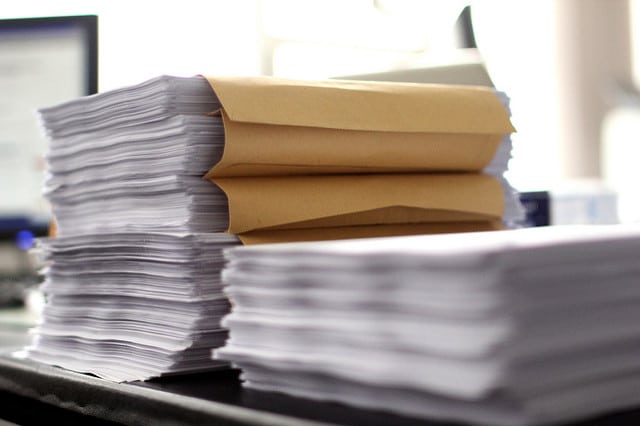 This is the third and last article in a series of three that reviews the Commission’s Notice on the Notion of State Aid.* Last week’s article analysed the concepts of advantage and selectivity. This week the focus is on the last two constituent elements of the notion of State aid: affectation of cross-border trade and distortion of competition. This article also examines the Commission’s treatment of public funding of infrastructure.

Effect on trade and competition

Section 6 of the Notice is rather short; a mere four pages. Unusually it starts with the distortion of competition. Normally, if trade is affected, then competition is almost always found to be distorted. Although these two concepts are distinct, they are “often treated jointly in the assessment of State aid as they are, as a rule, considered inextricably linked” [186]. (The numbers on brackets are the numbers of the paragraphs in the Notice.)

“A measure granted by the State is considered to distort or threaten to distort competition when it is liable to improve the competitive position of the recipient compared to other undertakings with which it competes” [187].

According to the Notice, distortion of competition is excluded if the following cumulative conditions are met:

In other words, there is no distortion when a market is completely isolated from other markets. There is no entry or exit and no possibility of cross-subsidisation between markets or sectors. Such markets may exist, but they are rare. Two frequently encountered examples are the management of the national rail network [where the manager is not at the same time operator of rail services] and the treatment of urban waste. However, it is rare to come across other examples. Hence the guidance of the Notice is useful in theory but will not be useful in practice.

The Notice could have also clarified that distortion is excluded when a measure supports all producers who make competing products. For example, some time ago the UK adopted a measure whose aim was to encourage the consumption of milk. Despite the fact that the state financed an advertising campaign and that milk producers were relieved of marketing costs, no State aid was involved because the campaign was not limited to British milk. Any milk producer in Europe or elsewhere could benefit from selling extra milk in the UK.

With respect to trade, the Notice explains that it is affected when aid strengthens the position of the recipient in relation to its cross-border competitors. “It is not necessary to establish that the aid has an actual effect on trade between Member States but only whether the aid is liable to affect such trade” [190].

During the past couple of years the Commission has developed a more rigorous practice in examining both the direct and indirect effects on trade and the actual and potential effects. “The Commission [has] ascertained […] that the beneficiary supplied goods or services to a limited area within a Member State and was unlikely to attract customers from other Member States, and that it could not be foreseen that the measure would have more than a marginal effect on the conditions of cross- border investments or establishment.” [196]

The Commission’s recent practice is based on a more robust and convincing analysis and, therefore, is welcome. It now more systematically examines the possibility of affectation of trade at two levels. First, it considers whether cross-border sales can occur because goods, customers or service providers can physically cross an international frontier or have an economic incentive to cross an international frontier. In most cases, physical movement is possible. The question is whether sellers or buyers have an economic reason to do so. They have such a reason when movement costs little in relation to the value of the good or service they sell or buy. By contract, no ice cream seller will travel far to sell ice cream to, say, ten extra customers. Hence, now the Commission takes into account the tradability of the aided product and its specificity in relation to its location.

Second, the Commission investigates the possibility of direct investment or establishment. Again, if the product is low value, or the demand is not high enough or simply the market is small, it is reasonable to expect that no company would bother to invest in local operations in order to avoid the cost of shipping its product from another site. The cost of investment in local facilities would be higher than the cost of transportation that is avoided.

The penultimate section of the Notice – section 7 – deals with State aid to infrastructure owners, operators and users.

Member States often ask what happens in the case of infrastructure that is not initially intended for commercial purposes but at some point afterwards it is used to carry out an economic activity. The Notice provides an answer. “Where an infrastructure originally used for non-economic activities is later re-assigned to economic use (for example where a military airport is converted to civilian use), only the costs incurred for the conversion of the infrastructure to economic use will be taken into account for the assessment under the State aid rules.” [205]

In the case of research infrastructures that are used mostly for educational [non-economic] purposes, the Commission has developed the concept of ancillarity. This new concept is mentioned in the Notice too. “If the infrastructure is used almost exclusively for a non-economic activity, the Commission considers that its funding may fall outside the State aid rules in its entirety, provided the economic use remains purely ancillary, that is to say an activity which is directly related to and necessary for the operation of the infrastructure, or intrinsically linked to its main non-economic use. This should be considered to be the case when the economic activities consume the same inputs as the primary non-economic activities, for example material, equipment, labour or fixed capital. Ancillary economic activities must remain limited in scope, as regards the capacity of the infrastructure. [Footnote 305 defines a threshold of 20%]. […] The Commission also considers that public financing provided to customary amenities (such as restaurants, shops or paid parking) of infrastructures that are almost exclusively used for a non-economic activity normally has no effect on trade between Member States since those customary amenities are unlikely to attract customers from other Member States and their financing is unlikely to have a more than marginal effect on cross-border investment or establishment.” [207]

The definition of the ancillarity principle, the setting of a precise threshold of 20% and the clarification that public funding of amenities is not likely to constitute State aid are all welcomed developments. They relieve Member States from the obligation and administrative expense of complying with State aid rules in these very marginal cases.

Lastly, there is no State aid for the users of the infrastructure if the operator sets access prices or usage fees in accordance with the MEOT [225] or auctions the price of access [226]. The Notice concludes the section on infrastructure with the statement that “the Commission considers that the MEO test can be satisfied for public funding of open infrastructures not dedicated to any specific user(s) where their users incrementally contribute, from an ex ante viewpoint, to the profitability of the project/operator. This is the case where the operator of the infrastructure establishes commercial arrangements with individual users that allow covering all costs stemming from such arrangements, including a reasonable profit margin on the basis of sound medium-term prospect. This assessment should take into account all incremental revenues and expected incremental costs incurred by the operator in relation to the activity of the specific user” [228].

There are only few judgments of EU courts on infrastructure. Necessarily, the Notice cannot cite any rich case law. But it usefully summarises and tries to streamline the practice of the Commission which has not always been consistent across sectors.

The Notice is a very good review of the case law and the decisional practice of the Commission. It should be valuable to practitioners because it is a source of important information. It should be welcome by the Member States because it binds the Commission to assess public measures as explained in the Notice. This should bring about more transparent and consistent application of State aid rules not only at the level of the Member States but also at the level of the Commission itself. The State aid regime should become more predictable.

The Notice also seeks, implicitly, to support the Commission’s new approach in the assessment of tax measures and especially tax rulings. In this respect, it goes beyond the mere task of clarification.

On issues which are pending before the Court of Justice, especially those concerning various aspects of selectivity, the Notice is silent. If the Commission wins its appeals, the Notice will continue to remain valid. Otherwise, the Commission will have to issue a revised version.

However, the long gestation period of the Notice that lasted for more than two years indicates that it must have not been easy for the Commission services to agree on its contents and text. It is inevitably the product of compromise. It understandably does not cover in the same detail all controversial issues and it is unlikely to be revised any time soon. It is not the definitive document on the concept of aid but it is a good starting point and for most issues it will also be the ending point.