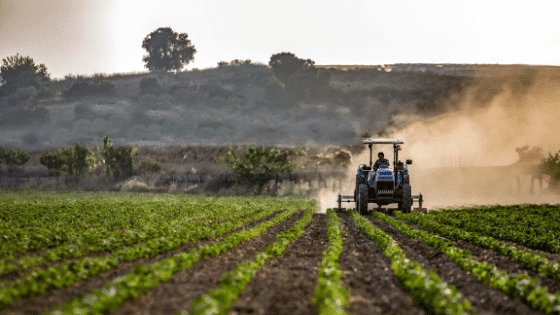 Article 107(1) also applies to payments that offset the damage caused by natural disasters. It is irrelevant that the compensation is partial or that competitors did not suffer similar damage. A measure can be State aid even if it is partially or wholly funded by private resources. It is sufficient that the resources come under state control. A measure is selective if it makes a distinction between undertakings in a given Member State, not between Member States. State aid measures cannot in principle be approved retroactively. Recovery of incompatible aid may exclude payments that satisfy the conditions of the relevant de minimis regulation.
Introduction
On 16 July 2014, the General Court rendered its judgment in case T-52/12, Greece v Commission.[1] It rejected a Greek appeal against Commission Decision 2012/157.[2] In that Decision the Commission found that, although the Greek Agency for Agricultural Insurance [ELGA] was not an undertaking, payments to farmers made by ELGA constituted State aid. Furthermore, the aid was incompatible with the internal market and had to be recovered.In its appeal, Greece made many interesting arguments which, however, proved to be ineffectual. In this sense, this judgment is instructive because it explains well the various aspects of the concept of State aid. The judgment also examines at considerable length the nature of selectivity and under which conditions an otherwise selective measure can be justified by the logic of the system in which it is embedded.

The non-economic status of ELGA

Greek farmers are obliged to make certain fixed contributions to ELGA and in return ELGA provides insurance coverage for certain events, mostly not insured by commercial insurance providers, at fixed amounts of compensation. The compulsory and fixed premia and the right to fixed compensation are strong indications that ELGA does not function as a market operator. At the outset, Greece contented that ELGA was not an undertaking and therefore its payments to farmers could not be classified as State aid.

With respect to whether ELGA was an undertaking, the General Court based its findings on the ruling of the Court of Justice in an earlier case which also concerned ELGA. The Court of Justice stated in case C-355/00, Freskot, the following:

“4. The term undertaking within the meaning of Article 92 of the EC Treaty [now, Article 107 TFEU] does not cover a body such as the Organismos Ellenikon Georgikon Asfaliseon (ELGA) in respect of its activities under the compulsory insurance scheme against natural risks.”

The General Court observed that the status of an entity as a non-undertaking does not suffice to exclude any payments it makes from the realm of State aid [paragraphs 41-46]. After all, public authorities that grant aid are not acting as undertakings.

Greece argued that there was no advantage for the recipient farmers. This was rejected by the General Court for two reasons. First, ELGA payments were not proportional to the premia paid by the beneficiaries. Second, beneficiaries had no possibility to obtain similar insurance cover for similar risks from commercial providers. [paragraph 54]

Greece also argued that the average amount received by farmers was only EUR 487 and was intended to partly offset damage from natural events. The Court’s response was that the compensatory character of the ELGA payments, their small amount and the fact that the payments offset only part of the losses suffered were irrelevant for State aid purposes [paragraph 72]. Moreover, only small amounts of aid that satisfy the requirements of the de minimis regulation can escape from the scope of Article 107(1) [paragraph 73].

Then the Court made a very interesting statement. Greece has to prove at the stage of recovery that certain of the payments could qualify as de minimis [paragraph 73]. This appears to imply that recovery of incompatible State aid may not extend to the full amount of the aid that is originally granted. Whatever amount can be classified as de minimis aid may be kept by the undertaking that has to pay back the incompatible State aid.

Greece then advanced the view that farmers obtained no advantage because the cost of agricultural production in Greece was higher than that in other Member States. This was dismissed by the Court [paragraph 82].

The Court rejected a Greek argument that the Commission should have examined whether the situation of the Greek farmers was comparable to that of farmers in other Member States. According to the Court, the selectivity of an advantage is determined in relation to other undertakings in the same Member State, not other Member States [paragraph 80]. It should be noted that in this part of the judgment, the Court referred first to “selective advantage” and then to “advantage”. The comparison with other undertakings in the same Member State is a test of selectivity, not of advantage. The test of advantage is a comparison of the situation of the same undertaking before and after it receives the aid.

The selectivity of the payments was further shown by the fact that some farmers received such payments while others did not [paragraph 83].

At this point, the General Court analysed at length whether the ELGA payments, which were prima facie selective, could be justified by the nature or logic of the system in which they were embedded. Greece argued that they were justified by the principle of solidarity on which ELGA was founded.

It is an established principle in the case law that the concept of State aid excludes measures which differentiate between undertakings and, although they are selective, the differentiation arises from the “nature or the general scheme of the system of which they form part”. In other words, the differentiation is necessitated by the system itself. For example, if the objective of a tax system is to tax profits, exclusion of non-profit entities would be prima facie selective [because that system does not apply to the universe of taxable entities] but that selectivity or differentiation in the result of the internal logic of the system.

The Court first explained that “the nature or general scheme of a system” can be attributed to the “internal logic” of that system [paragraph 88] or stems from the fundamental or guiding principles of that system [paragraph 90]. Hence, a distinction had to be made between the objectives of the system which were exogenous to it and the mechanisms which were part of the system and were necessary for the achievement of its objectives [paragraph 90].

The purpose of the system of compulsory insurance was the provision of a minimum protection from natural risks to which agricultural production was exposed. But since the ELGA system was not exclusively funded by compulsory premia but also by the state, it could not be considered to be based on solidarity between producers. Therefore, it was selective in nature [paragraph 90]. This part of the reasoning of the Court is difficult to follow. It linked the internal logic of the system to the way it was funded. Since, as explained in the previous paragraph, the differentiation which is justified by the internal logic must be linked to mechanisms which are necessary for achieving its purpose, the Court appears to be stating that only differentiation which is the result of solidarity would have been justified. But if this is indeed what the Court had in mind, it leads to a contradiction. Solidarity normally means that everybody has the same obligations and rights. Differentiation is opposite to the concept of solidarity.

These two paragraphs of the judgment make it easier to understand the reasoning of the Court. Greece claimed that the ELGA payments to certain farmers were based on solidarity. Therefore, differentiation between the farmers who received payments and those who did not would have been justified if solidarity [i.e. compulsory insurance] were a necessary consequence of the general system of compensation for damage from natural disasters.

Although the line of reasoning of the Court is not crystal clear, it is now rather obvious that the General Court repeats the established method for identifying whether a formally selective measure can be justified. Justification means here that it can be objectively shown that a system would not apply to a particular undertaking or activity. Greece failed to prove that solidarity [i.e. compulsory insurance] objectively stemmed from the general system of compensation and therefore payments made on the basis of solidarity were not objectively different from other compensatory payments.

Distortion of competition and affectation of trade

Greece contended that the Commission failed to demonstrate that the ELGA payments distorted competition. The Court rejected this view and recalled that competition is distorted as soon as a measure reduces the charges borne by an undertaking and consequently reinforces its position vis-à-vis competing undertakings [paragraph 102]. The compensations in question conferred an advantage to domestic producers in relation to producers in the rest of the EU who did not receive the same payments [paragraph 106].

The Court also rejected the view that the payments could not have distorted competition because they offset only part of the actual damage. The fact that a Member State attempts to adjust the conditions of competition in a sector to those in other Member States does not prevent a measure from being characterised as State aid [paragraph 112].

Moreover, the small amount of the aid or the small size of the beneficiaries does not exclude that trade between Member States is affected [paragraph 104].

Then the General Court examined whether ELGA payments could be classified as state resources. Greece put forth the view that ELGA paid out to farmers what it had received from them through the compulsory contributions. Therefore, the money they received was not state resource.

The Court first explained that it is irrelevant that the money is not paid directly by the state, or that ELGA’s revenue is raised through compulsory contributions. The only relevant issue is whether the state can exercise control over that money. [paragraphs 118-120]

Having dismissed all the pleas put forth by Greece, the Court concluded that the ELGA payments did constitute State aid. Next, it examined a series of arguments concerning the compatibility of the aid with the internal market.

Greece claimed that the Commission should have declared the aid compatible by adjusting retroactively the application of the Temporary Framework [2009-11]. The Court disagreed because the principles of legal certainty and legitimate expectations do not allow retroactive application of a policy [paragraph 168]. If aid could be declared compatible retroactively, it would favour the Member State that granted it in relation to other Member States that could have possibly granted similar aid but did not because they complied with EU law [paragraph 171].

Lastly, the General Court dealt with the recovery of the incompatible aid. It agreed with the Commission that Greece had to recover all the aid except the amount that could be classified as de minimis; i.e. the amount that satisfied the conditions in the agricultural de minimis regulation. Therefore, it was Greece’s obligation to quantify precisely the amount that had to be recovered from each farmer.

It is available only in French and Greek. Therefore, the comments made in this article are based on my own translation.

[2] The text of the Commission Decision can be accessed at: