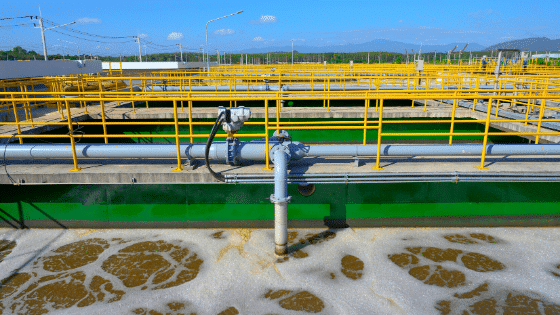 A few months ago I wrote an article on this blog explaining the big puzzle of environmental State aid. Since the rules allow State aid which is only a proportion of the extra costs incurred by companies investing in environmentally friendly technology, it is puzzling why they make this investment. After all, they have the option of not incurring those extra costs but achieving exactly the same effects in terms of output, energy generation, etc. They can achieve that by investing in an alternative but cheaper and less environmentally friendly technology. This is the logic of the eligible costs being confined to the extra costs only.

The typical response that seeks to explain this puzzle is unsatisfactory. It is often asserted that companies obtain other – unspecified – benefits from environmentally friendly investments. But what are these benefits? If they exist, why do the current State aid rules ignore them? If they are difficult to quantify, why do companies carry out investments whose benefits are unclear? Either the Commission or the aid recipients are not doing a good job.

I am happy to report that recently the Commission authorised aid which appears to be an economically rational option for all concerned. There are demonstrable benefits for the environment, society at large and the aid recipients themselves.

The formal answer is that without the exception, the tax becomes politically unfeasible because it cannot be passed on to consumers. This is when consumers are very price sensitive. However, what is or is not politically feasible is anyone’s guess. It is an assertion that has never been proved satisfactorily by Member States.

But, more importantly, if the elasticity of demand is so high because consumers have access to substitutable products, so be it. In fact, it is perverse to support polluting industries when alternative sources of supply are readily available. In practice, the Commission demands that Member States submit market studies to prove that taxes cannot be passed on to consumers but these studies do not appear to be robust. By contrast, the case I review below is based on sound reasoning but, disappointingly, the calculations are still not robust enough.

The measure: Anti-opt-out scheme for water boards in the Netherlands [SA.36556][1]

In July 2013, the Netherlands notified a scheme introducing reduction to the normal levy on water discharges. The aim of the levy is to discourage the discharge of polluted water. The purpose of the reduction is to induce large dischargers of waste water to use the water treatment plants operated by public water boards. The more intensive their use, the higher their operating efficiency.

There are 27 water boards in the Netherlands, which are responsible for managing the quality of water. Water boards are public authorities and are legal entities under public law. Water boards have the power to impose pollution levies. The revenues from these levies are used to cover all costs incurred by the water boards as a result of reducing and preventing surface water pollution. These costs include primarily the building and operating of purification plants, which accounts for about 60% of the budget of water boards. The other 40% of the budget is spent on monitoring, policymaking and rehabilitation of polluted water sites.

In summary, the objective of the measure is to allow the water boards to reduce the levy in order to stimulate companies to make full use of their plants and thereby to ensure their maximum effectiveness and an acceptable level of the levy for the other users.

Eligible beneficiaries are the companies that can demonstrate that they are technically and financially able to treat their wastewater in-house for a price below the levy can apply for a reduction. The Dutch authorities want the reduced levy to remain above what a company would pay for in-house treatment. Additionally, the company must at least pay minimum 50% of the levy and must represent at least 5% of the plant’s treatment capacity.

The measure clearly constitutes State aid. Interestingly, the effect on intra-EU trade is indirect. There is no direct competition between water boards or water providers in the EU [with the exception of suppliers of spring bottled water]. The measure does have an indirect effect on trade, because the beneficiaries are companies active in economic sectors such as chemicals, paper, beer, canned foods or soda drinks, where there is extensive trade.

The Commission assessed the compatibility of the aid under the 2008 Environmental Aid Guidelines [EAG] and found it to have an “indirect environmental benefit” because it preserves the efficiency of waste water treatment plants.

With respect to the necessity of the aid, the eligible companies are only those which impact on optimum utilisation of the waste water treatment plants. This is ensured by the requirement that a beneficiary’s discharges of waste water are at least 5% of the plant’s treatment capacity.

Point 158(b) of the EAG stipulates that the full tax must substantially increase production costs. In this case, the Commission argued, “considering the fact that companies can opt-out and avoid paying the levy, the relevant production costs taken into account are the waste water treatment costs.” [paragraph 39] Then, the Commission accepted that “without a subsidy the waste water treatment costs for beneficiaries would increase considerably” [paragraph 40]. The Dutch authorities submitted evidence that companies opting out and treating the water themselves would save about 35% of what they would have to pay to the water boards.

Point 158(c) of the EAG requires that the substantial increase in production costs, which the full application of the levy would bring about, cannot be passed on to customers without leading to important sales reductions. The Commission then makes a rather disingenuous statement. “The fact that large dischargers investigate and identify concrete in-house alternatives to avoid the payment of the full levy provides an indication that they would not be able to pass the increased costs on. Otherwise, they would not spend resources trying to find alternative solutions to reduce these costs. However, since in order to reduce their levy by pre-treating their waste water or be eligible to the application of the levy reduction, companies would also incur additional treatment costs, the examination of the condition set out in point 158 c) of the Guidelines should take into account the specific features of the scheme under examination. In that respect, not only the beneficiaries‘ costs but also the efficiency of the system as a whole and the objective of the measure need to be taken into account.” [paragraph 44]

The above statement is wrong and mixes at least two different issues. First, it is wrong because, irrespective of whether the levy can be passed on to consumers or not, companies can reduce their costs through in-house treatment: any reduction in costs, regardless of its origin, raises profits. It is irrelevant whether the savings cannot be passed on to consumers. Second, earlier in its decision the Commission examined the reduction in the costs of companies; now it refers to the costs of the system as a whole. In fact, I think this is correct. But then the Commission should have calculated the impact of the levy on the costs the water treatment plants under its analysis of point 158(b).

The rest of the decision is taken up by a general discussion of what would happen to the water boards and the remaining users without the levy reduction. Apart from a reference to a single example, the discussion largely repeats what is mentioned earlier at several points of the decision. Once more we see that the Commission’s analysis of point 158(c) of the EAG is rather superficial and based on plausible arguments rather than hard facts.

Despite the analytical weakness identified above, I think this is one of the few cases where the notifying Member State is truly justified to grant tax reductions. The Commission missed an excellent opportunity to provide guidance for future cases. The Netherlands could have demonstrated the impact of the full levy on the operating costs of water treatment plants. Here is how it could have been done.

Assume that before the levy reduction a plant treats 50 cubic meters of water per unit of account [day, month or year] and incurs a cost of 6/cubic meter. This means that the total costs are 300. If it charges a levy of 6 to each company that discharges polluted water, it earns 300 in revenue and breaks even.

But now suppose that a company that discharges 5 cubic meters [i.e. a large discharger that accounts for 10% of the total system] can treat the water internally at a cost of 5/cubic meter. The total cost it incurs is 25 [= 5×5] instead of 30 [= 6×5]. It therefore opts out of the system. But because of diseconomies of scale, the operating costs of the plant increase to 6.5 when it treats only 45 cubic meters. The levy to remaining users must rise to 6.5 and the total cost of the plant is now 292.5 [= 6.5×45]. Although the company in question is better off, society as a whole is worse off. This is because the total costs borne by society for the treatment of 50 cubic meters is 317.5 [= 292.5+25]. This is purely the result of the externality caused by the decision of the company to treat its effluent water internally. It leads to inefficient water treatment.

Incidentally, this numerical example also demonstrates that the Commission should have asked for proof not only that water treatment plants suffer extra costs but that the extra costs borne by the water treatment plants and the remaining users exceed the benefits obtained by the large dischargers who opt out. In this way, any subsidy to induce opt in is certain to generate net benefits to society.

By reducing the levy to 5 and inducing the company not to opt out, the water board can improve the efficiency of the system. With the levy reduction and the company opting in, the costs of the plant are back to 300 [= 6×50]. However, the water plant cannot revert to the original levy of 6 for the remaining users. This is because it will experience a shortfall in its revenue. The revenue after the levy reduction will be 25 [= 5×5] from the company opting in and 270 [= 6×45] from the remaining companies. That is, a total revenue of 295. This means that, in order to break even after the levy reduction, it must raise slightly the levy on the effluents of other companies. It needs to charge 6.1 [= (300-25)/45] to the other companies. This outcome is good for society, because costs are kept at 300, other companies pay a much lower increase and the large discharger is compensated for forgoing less costly in-house treatment.

This is how the Dutch authorities could have proven the overall benefits of the levy reduction and this is how the Commission could have required Member States to demonstrate that the aid is an appropriate, necessary and proportionate measure.

[1] The Commission Decision can be accessed at: