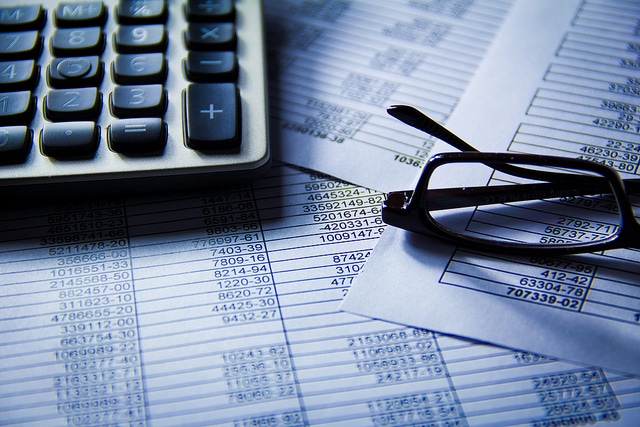 Ex post monitoring will be pursued vigorously by the Commission. Irregularities in the implementation of State aid measures may lead to the opening of the formal investigation procedure.

This article examines Commission decision concerning a UK risk capital scheme entitled Enterprise Capital Funds [SA.15373 and SA.33186]. The decision is the outcome of an investigation that was initiated after the Commission discovered irregularities during one of its ex post monitoring exercises. The Enterprise Capital Funds [ECF] scheme was selected for ex post monitoring in 2011. The article highlights the issues that gave a cause for concern to the Commission.[1]

Two weeks ago, another article dealt in more detail with the issue of transparency and increased ex post monitoring by the European Commission (View here). That article also reviewed briefly a Belgian R&D measure what was found to suffer from “irregularities”. In that case, the Commission did not open the formal investigation procedure. In the end, the Commission declared the Belgian measure to be compatible with the internal market.

It is now amply clear that the Commission will pursue ex post monitoring vigorously. As stated in the latest Annual Competition Report [for 2014], which was published at the beginning of June, the Commission “follows-up systematically all irregularities and uses the means at its disposal, as appropriate, to address the competition distortions that these may have induced. In some cases, Member States offer to voluntarily redress the problems detected (to amend national legislation, to recover the excess aid granted etc.). In other cases, formal action may be necessary. In 2014, the Commission adopted two final decisions in cases where it had opened a formal investigation procedure in 2013, considering that the additional information provided by the Member States set aside the doubts on the misapplication of the schemes that had triggered their monitoring. Four other formal investigation procedures relating to issues detected in the context of monitoring were still ongoing in 2014.”[2]

Two of the last four cases mentioned above are now closed. They are the Belgian measure examined two weeks ago and the UK measure which is reviewed below.

Like most risk finance measures, the ECF scheme aims to combine public and private investment in order to improve access to expansion capital for small and medium-sized enterprises. Public investment may not exceed the amount of private capital by a factor of two. In other words, at minimum one third of an ECF fund has to be provided by private investors.

The ECFs scheme was initially approved for a period of 10 years, until May 2015, and was intended to be self-financing over the medium term. For the first year of its operation, the United Kingdom allocated GBP 65 million to cover the cash-flow cost of the initial public participation. 12 sub-funds were created under the ECF scheme with eventual investments in 161 undertakings.

The funds created under the scheme invest in eligible SMEs by means of equity and quasi-equity instruments of between GBP 250000 (EUR 357000) and GBP 2 million (EUR 2.9 million). Pure debt investments are explicitly forbidden. Follow-on investments are permitted so long up to the ceiling fixed by the then risk capital guidelines.

What makes ECF unusual is that the distribution of profits and losses between public and private investors is that it is the same on the down-side but different on the up-side. That is, on the downside, losses are distributed on equal terms. This means that private investors are fully exposed. On the up-side the distribution of profits is not pari passu. This is because private investors receive most of the profits above a certain profitability rate. The UK government receives a return up to 4.3%, which was equivalent to the interest charged on loans at the time. According to the Commission “this mechanism ensured that ECFs were commercially oriented even though they involved State aid.”

Investigation and its outcome

The Commission decided to open the formal investigation procedure because it had doubts with respect to the compliance of the implementation of the ECF scheme. The doubts concerned the start of operations, the eligibility of a beneficiary and whether an investment was new or merely a capital replacement operation.

The investigation was concluded with the following findings:

On the start of operations:

“(41) Until its official creation [i.e. the signature of the agreement], a fund cannot be involved in any transaction because it does not have any legal personality.”

On the SME status of a beneficiary:

A beneficiary was acquired for GBP 1 in 2004. A subsequent investment in 2010 by ECF enabled the company to enter a new market following a full overhaul of its business strategy. In particular, the acquisition led to important transformations, including a change of business model, withdrawal from its previous markets, divestments to generate cash and layoffs/hiring of personnel. The Commission concluded that “(47) the investment made in 2010 was, in substance, an early stage venture investment as the beneficiary faced the same difficulties as regards access to capital as an SME in its start-up phase.”

Another beneficiary was “(49) a buy and build platform, which was subsequently to operate as an aggregator/consolidator in the travel/tour operator market.” “(50) The establishment of buy and build platforms by investment funds is a common practice in the venture capital industry: such platforms enable economies of scale and synergies between the companies operating under the platform (scouting costs, management fees, procurement, cross-sales, etc.).” “(51) Furthermore, it is also common practice for subsequent investments to be made by the initial investees. […] The initial investment in such platforms is a direct investment (that is to say, the platform is directly capitalized), while subsequent investments of the initial investee could be executed either through direct investments (issuing of new shares) or capital replacement transactions (acquisition of existing shares) on opportunistic conditions.” The Commission concluded that “(52) […] at the level of the fund, the investment complied fully with the State aid rules, since the fund invested through a direct investment. At the level of the beneficiary, the transaction involved elements of a capital replacement operation. While the ECFs scheme does not allow direct capital replacement transactions because such transactions do not face a market failure, subsequent investments by ECFs‘ initial investees follow a more commercial/opportunistic approach.”