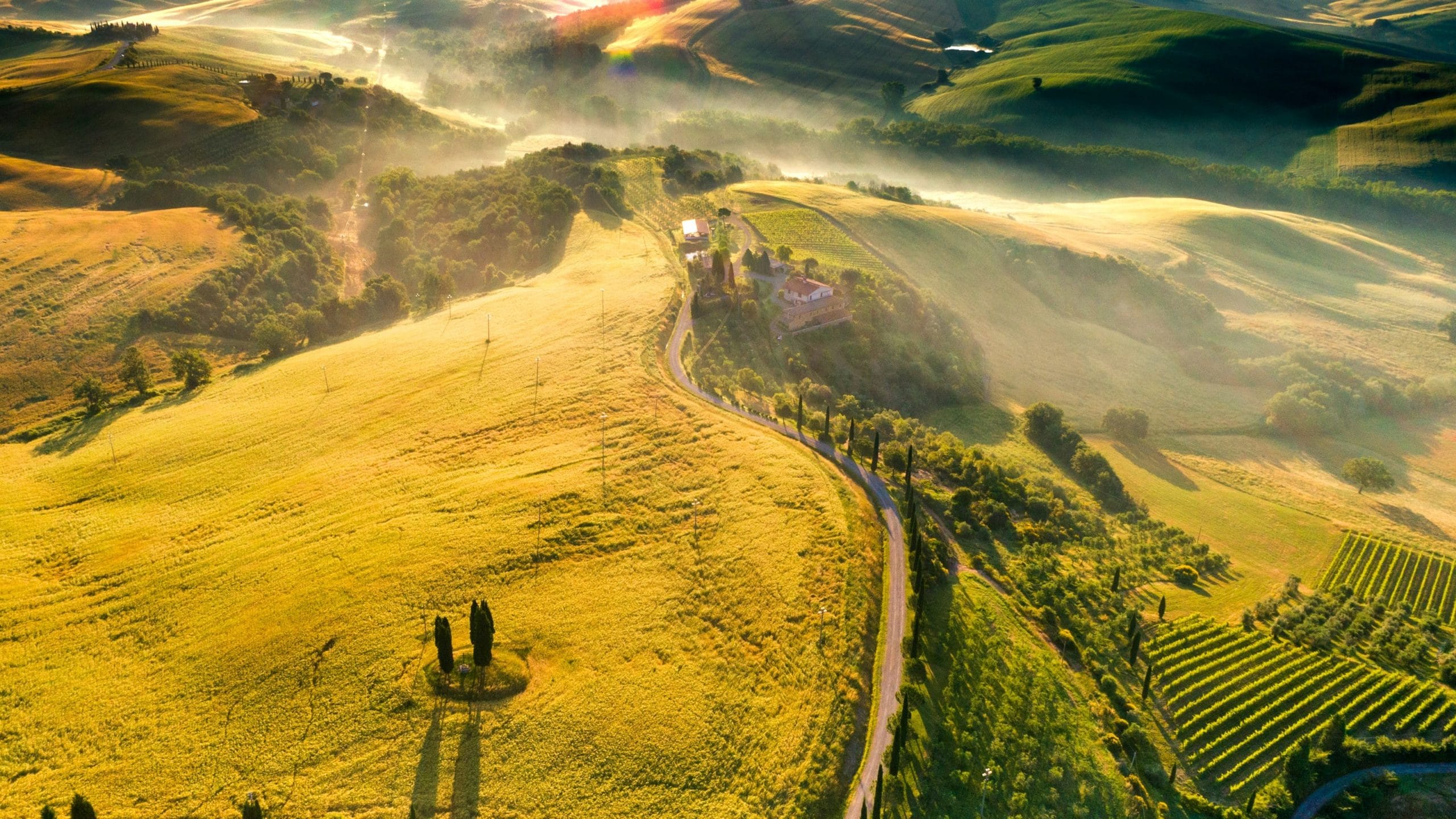 Changes to approved aid measures result in new aid. Only purely formal or administrative changes do not turn existing aid into new.

Prolongation of an existing aid measure is not purely formal or administrative.

Any change to an approved aid measure that affects its compatibility with the internal market turns it into a new aid that has to be re-notified to the European Commission for authorization. If it is not re-notified it becomes illegal aid and possibly incompatible aid, unless it can benefit from a retroactive application of a block exemption regulation or of the de minimis regulation.

On 20 May 2021, the Court of Justice, in its judgment in case C ‑ 128/19, Azienda Sanitaria Provinciale di Catania v Assessorato della Salute della Regione Siciliana, had to examine whether the aid granted through a modified measure became new or it whether it remained existing. [1]

The case concerned compensation demanded from ASPC by “AU”, a farmer who had been obliged to slaughter diseased animals. AU claimed the sum of EUR 11 930. The compensation was provided by an Italian law regulating the compulsory animal slaughter to prevent the spread of animal diseases.

ASPC argued that the compensation constituted State aid which could not be implemented before the Commission had declared it compatible with the internal market.

The referring Italian court asked the Court of Justice to clarify whether the compensation was State aid. Compensation was in fact made available under several measures adopted in 1997, 1999 and 2005. The first two measures had been authorized by the Commission.

First the Court reiterated the exclusive competence of the Commission to assess the compatibility of State aid.

“(28) Until a final decision has been taken by the Commission, it is for the national court to ensure that the rights of individuals are safeguarded in the case where State authorities may potentially be infringing the obligations referred to in Article 108 (3) TFEU. Such disregard, if relied on by individuals and confirmed by the national courts, must lead those courts to draw all the consequences in accordance with their national law, without their decisions, however, implying an assessment of the compatibility of the aid with the internal market , which is a matter within the exclusive competence of the Commission, subject to review by the Court. „

Then the Court examined whether the relevant law was existing or new aid.

“(30) It must be recalled at the outset that Article 108 TFEU establishes separate procedures for existing and new State aid. Whereas Article 108 (1) TFEU allows for existing aid to be implemented as long as the Commission has not found it to be incompatible with the internal market, Article 108 (3) TFEU provides that plans to grant or alter existing aid must be notified, in sufficient time, to the Commission and may not be implemented until the examination procedure has resulted in a final decision ”.

“(33) Furthermore, the first sentence of Article 4 (1) of Regulation No 794/2004 provides that, ‚for the purposes of Article 1 (c) of Regulation [No 659/1999], an alteration to existing aid shall mean any change, other than modifications of a purely formal or administrative nature which cannot affect the evaluation of the compatibility of the aid measure with the [internal] market ‚. „

“(35) As regards the 2005 measure, while it has the same objective as the 1997 and 1999 measures, namely the refinancing of compensation […], it provides for both, […], an increase of EUR 20 million in the budget allocated to the aid scheme authorized by the Commission in its 2002 decision and a prolongation of the compensation refinancing period from 2000 to 2006. „

“(38) Likewise, Article 4 (2) (b) of Regulation No 794/2004 lists the ‚prolongation of an existing authorized aid scheme by up to six years, with or without an increase in the budget‘, among the alterations made to existing aid which must, in principle, be notified to the Commission by means of the simplified notification form. „

“(39) In those circumstances, a measure providing for both the prolongation of an authorized aid scheme from 2000 to 2006 and the increase of EUR 20 million in the budget allocated to that scheme must be deemed to constitute ’new aid‘ within the meaning of Article 1 (c) of Regulation No 659/1999. „

The Italian Government argued that the 2005 measure was exempted from the notification requirement on the basis of Regulation 702/2014, the agricultural block exemption regulation [ABER].

“(42) Regulation No 702/2014, […], provides, in Article 3, that, notwithstanding the general obligation to notify each measure intended to grant or alter ‘new aid’ within the meaning of Article 108(3) TFEU, which constitutes one of the fundamental features of the system of monitoring in the field of State aid, a Member State may, under that regulation, rely on the exemption from that requirement if an aid measure which it adopted or an aid project which it plans to adopt fulfils the conditions laid down therein. As a qualification of that general obligation, those conditions must be interpreted strictly. Conversely, the notification and standstill requirements laid down in Article 108(3) TFEU remain applicable to State aid not covered by Regulation No 702/2014”.

“(43) As regards, in the first place, the applicability ratione temporis of Regulation No 702/2014 to the dispute in the main proceedings, Article 51 of that regulation, which concerns transitional provisions, provides, in paragraph 1, that that regulation applies to individual aid granted before the date of its entry into force, if that aid fulfils all the conditions laid down in that regulation, with the exception of Articles 9 and 10.”

“(44) According to point 12(b) of Article 2 of Regulation No 702/2014, the concept of ‘individual aid’, within the meaning of that regulation, includes all awards of aid to individual beneficiaries on the basis of an aid scheme. In addition, the ‘date of granting the aid’ is defined in point 29 of Article 2 of that regulation as being the date when the legal right to receive the aid is conferred on the beneficiary under the applicable national legal regime.

“(45) Although Regulation No 702/2014 does not define the term ‘granted’, referred to in Article 51(1) of that regulation, it follows from the Court’s case-law that, from the moment at which the right to receive support through State resources is conferred on the beneficiary under the applicable national legislation, the aid must be deemed to be granted, with the result that the actual transfer of the resources in question is not decisive”.

“(46) It follows that ‘individual aid’ within the meaning of point 12 of Article 2 of Regulation No 702/2014, which was granted before 1 July 2014 on the basis of an aid scheme such as the 2005 measure, comes within the temporal scope of that regulation.”

“(49) Concerning the specific conditions laid down in Chapter III of Regulation No 702/2014, Article 26 of that regulation concerns aid to cover the costs of prevention, control and eradication of animal diseases and intended to make good the damage caused by such diseases.”

“(50) According to Article 26(1) of Regulation No 702/2014, aid granted to small and medium-sized enterprises active in primary agricultural production to support the costs of preventing, controlling and eradicating, in particular, animal diseases and aid to compensate such undertakings for losses caused, in particular, by those animal diseases, is exempted from the notification requirement provided for in Article 108(3) TFEU in the case where that aid meets the conditions laid down in paragraphs (2) to (13) of Article 26 and in Chapter I of Regulation No 702/2014. Among those conditions, the second subparagraph of Article 26(6) provides that such aid must be paid out within four years from the date of the occurrence of the cost or loss caused by the animal disease.”

The Court also consider whether the aid could be classified as de minimis.

“(51) As regards the question, raised by the Commission in its response to the Court’s questions, as to whether the compensation claimed by AU under the 2005 measure constitutes de minimis aid within the meaning of Regulation No 1408/2013, which entered into force on 1 January 2014, it must be noted that Regulation No 1408/2013 applies, pursuant to Article 7(1) thereof, the wording of which is the same as that of Article 51(1) of Regulation No 702/2014, to aid granted before its entry into force if that aid fulfils all the conditions laid down in that regulation.”

“(52) Furthermore, according to Article 3(1) of that regulation, aid measures are deemed not to meet all the criteria set out in Article 107(1) TFEU, and are therefore exempt from the general notification requirement in Article 108(3) TFEU, if they fulfil all of the conditions set out in that regulation, including that laid down in Article 3(2) therein according to which, […], the total amount of the de minimis aid granted per Member State to a single undertaking must not exceed EUR 15 000 over any period of three fiscal years.

“(53) It follows from all of the foregoing considerations that Article 108(3) TFEU must be interpreted as meaning that a measure introduced by a Member State to finance, for a period extending over several years and up to a maximum amount of EUR 20 million, both compensation to support farmers who have been obliged to slaughter animals affected by infectious diseases and payment of fees due to self-employed veterinary surgeons involved in remediation activities, must be subject to the preliminary-examination procedure laid down in that provision in the case where that measure is not covered by an authorisation decision of the Commission to that effect, unless that measure fulfils the conditions laid down by Regulation No 702/2014 or the conditions laid down by Regulation No 1408/2013.”

Photo by Reuben Teo on Unsplash