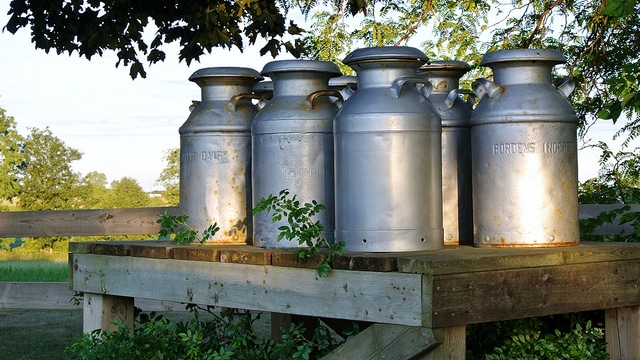 On 25 October 2017, the Court of Justice ruled in case C‑467/15 P, Commission v Italy. The judgment concerned two issues: the granting of de minimis aid and the characterisation of aid as “new” when existing aid is modified. The Commission had appealed against the ruling of the General Court in case T-527/13, Italy v Commission. This ruling, that annulled Commission decision 2013/665, was reviewed here on 4 August 2015. The review, however, analysed only the arguments on de minimis aid (View the article here: http://stateaidhub.eu/blogs/stateaiduncovered/post/3093).

The judgment of the Court of Justice on the appeal brought by the Commission focused on the conditions under which changes to an existing aid measure transformed it into a new aid measure.

The case originated from a levy imposed by the EU on Italian milk producers who exceeded their quota. Italy asked the Council to allow it to repay the EU money itself and then obtain the corresponding amounts from the producers gradually. On the basis of the procedure in Article 108(2), the Council authorised Italy to recover gradually the amounts owed by the milk producers without charging interest provided it also complied with two conditions: the debt had to be repaid in equal instalments and the period of repayment was 14 years starting from 1 January 2004.

In the meantime, however, the financial crisis broke out in 2008 and Italy delayed the recovery process. The Commission considered that the delay deviated from the conditions laid down by the Council and resulted in new aid for the milk producers. It also considered that the aid amount, even though in some cases it was very small, could not benefit from the then applicable de minimis regulation because not all of its conditions were satisfied, mostly because Italy could not verify that the de minimis aid received by all of the beneficiaries from all sources did not exceed the de minimis ceiling.

Definition of existing aid in Regulation 659/1999

The General Court annulled Commission decision 2013/665 largely on the grounds that the Commission had failed to establish that the new aid which was granted in the delayed repayment was inseparable from the aid approved by the Council and therefore resulted in alteration of the existing aid. The Commission considered that the delay resulted in new aid, plus the fact that Italy had deviated from the terms of the Council decision meant that the approved measure was altered.

What had the Council approved?

The Court of Justice began its assessment of the substantive part of the appeal by defining what the Council had approved and what conditions it had imposed on Italy. Accordingly, “(40) the Council made the grant of that exceptional aid expressly dependent on the milk producers complying with two conditions, that is to say, first, the producers are required to repay the aid granted in full by yearly instalments of equal size, and secondly, the repayment period will be limited by an instalment plan beginning on 1 January 2004 and must not go beyond 14 years.” “(41) Thus, it follows from that decision that, […], the compatibility of that scheme with the internal market and ultimately the authorisation of that scheme are subject to compliance with the conditions laid down in Article 1 of that decision.” “(42) However, […] the Italian Republic deferred until 30 June 2011 payment of the annual instalments due on 31 December 2010.” “(43) That deferral of payment did not take into account the condition laid down in Article 1 of the Council decision, under which interest-free loans granted by the Italian Republic are to be reimbursed in yearly instalments of equal size, where compliance with that condition was regarded by the Council as ensuring compatibility of the aid with the single market.” “(44) Consequently, it must be observed that the legislative alteration referred to in paragraph 42 above had the effect of transforming the aid scheme authorised by the Council decision into new and unlawful aid.”

Then the Court clarified that “(46) by virtue of Article 1(c) of [Regulation 659/1999] that regulation, ‘new aid’ is defined as ‘all aid, that is to say, aid schemes and individual aid, which is not existing aid, including alterations to existing aid’. Since that provision is established in broad terms, it is capable of covering not only the alteration itself, but also the aid concerned by that alteration.” “(47) In addition, it must be pointed out that, according to Article 1(b)(ii) of that regulation, ‘existing aid’ is understood as being, inter alia, ‘authorised aid, that is to say, aid schemes and individual aid which have been authorised by the Commission or by the Council’. Thus, aid which was the subject of an authorisation decision and which, as a result of an alteration that did not satisfy a condition laid down by that decision in order to ensure the compatibility of that aid with the internal market, is no longer covered by the decision which authorised it, may constitute new aid.”

On the basis of this reasoning, the Court of Justice found that the General Court committed an error of law. “(53) The General Court, […], required the Commission to establish that the alteration to the existing aid affects the very substance of the pre-existing measure, in order to classify as new, and where necessary, unlawful, aid, not only that alteration, but also all the existing aid to which that alteration relates.” “(54) In doing so, the General Court misconstrued the concept of ‘new aid’, […], and therefore committed an error of law. […] [E]xisting aid which has been altered in breach of the compatibility conditions imposed by the Commission or the Council can no longer be regarded as authorised and, as a result, loses the status of existing aid in its entirety.”

This is an important clarification. The General Court was of the view that the Commission had to establish that an alteration to an existing aid measure was linked to the measure itself in order for that measure to be considered as new aid. This would have introduced an unnecessary complication. The Court of Justice dispensed with the requirement for a link between the alteration and the existing aid. Any change now results in altering the aid measure itself. Also a deviation from the conditions of authorisation may result in new aid. The Court of Justice did not explain why it used the word “may”. I suppose it is because an alteration turns existing aid into new aid when it affects the conditions of its compatibility.

Therefore, the lesson that should be drawn from paragraphs 46 & 47 of the judgment is that, first, any alteration affects the aid measure itself. Second, a deviation from the conditions of authorisation may make existing aid into new aid. And, third, if the alteration or deviation from the conditions of authorisation affect the compatibility of the existing aid, it will result in the granting of new aid.

Then the Court examined whether the changes introduced by Italy resulted in new aid. According to the Court, “(48) the deferral of payment does not constitute an alteration of a purely formal or administrative nature, nor can it be qualified as an increase in the original budget of an aid scheme within the meaning of Article 4(1) of Regulation No 794/2004. That measure was taken in breach of an authorisation condition governing the repayment of aid authorised exceptionally by the Council under the third subparagraph of Article 108(2) TFEU, a condition which the Council decided would ensure the compatibility of the aid scheme at issue with the internal market. Thus, contrary to what the Italian Republic maintains, the Commission was correct in concluding that new aid had been granted, relying solely on the failure to satisfy that condition.”

The usefulness of a broad concept of existing aid

The Court concluded its assessment by referring to previous case law. According to paragraph 21 of the judgment of 9 October 1984, Heineken Brouwerijen [C-91/83 and C-127/83] “(51) if a plan initially notified has in the meantime undergone an alteration of which the Commission has not been informed, the prohibition on implementation in Article 108(3) TFEU applies to the plan as altered in its entirety. The position would be different only if that alteration in fact constituted a separate aid measure which should be assessed separately and which would therefore not be such as to influence the assessment which the Commission already made of the original aid plan; in that case, the prohibition applies only to the aid measure introduced by the alteration.”

When the Court of Justice quashes a ruling of the General Court, it may itself give final judgment in the matter, instead of referring the case back to the General Court. In this instance it proceeded to dismiss in its entirety the pleas of Italy.