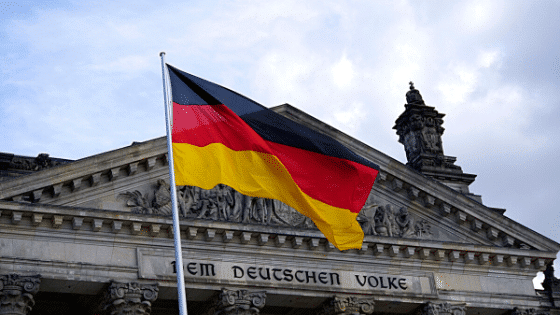 Germany had granted aid amounting to EUR 800,000 to MB System which was a member of the Biria Group. MB System manufactured bicycles until the end of 2005 at which point bicycle production ceased and the physical assets used for that purpose were sold. Since then the principal activity of MB System has become the management of immovable property.

MB System itself had appealed against Commission Decision 2011/471 in case T-209/11, MB System v Commission. In July 2013, the General Court dismissed the appeal. Germany on its part never contested the Commission Decision. In the meantime, legal proceedings were lodged in Germany for the recovery of the aid but they were quickly bogged down in complex legal arguments despite the fact that according to the German civil code, a contract granting State aid in breach of Article 108(3) TFEU is void.

In view of the fact that recovery had not been effected nearly two years after the Commission adopted its Decision, the Commission brought action before the Court of Justice against Germany. Since Germany had not contested the substance of that Decision or its obligation to recover the aid in question, it could not question the validity of the Commission finding that the measure in question contained State aid. Therefore, it limited itself to arguing that it was impossible to proceed with the recovery.

In its ruling, the Court of Justice first outlined the principles that apply to recovery of incompatible aid [paragraphs 38-42]. They are the following:

The Member State concerned must take all the necessary measures and without delay.

The recovery is effected in accordance with procedures under national law, provided that they enable the immediate and effective execution of the Commission’s decision.

At the same time, such procedures must ensure that fundamental rights are observed, in particular the right to a fair hearing and the rights of defence.

Member States are free to choose the means of recovering aid, provided that the chosen means do not limit the scope and effectiveness of EU law.

The measures adopted by Member States must be capable of restoring the normal conditions of competition which were distorted by the incompatible aid.

Having set out the principles that apply to recovery, the Court then found that Germany could not be faulted for having chosen to bring civil proceedings in order to recover the aid. Recourse to civil law is not excluded by EU law. [paragraph 44]

Then the Court turned its attention to the two-year delay. “48 As for possible justification for the significant delay, the Court has held that the only defence available to a Member State in opposing an infringement action by the Commission […] is to plead that it was absolutely impossible for it to implement the decision in question”.

But the Court added a nuance that is rather surprising when viewed in the context of the strictness of the case law on the obligation to recover incompatible aid. “49 As the Advocate General noted in point 92 of his Opinion, the basis of such absolute impossibility may also be a legal one, when it results from decisions adopted by the national courts, provided that those decisions comply with EU law.” The Advocate General referred to the possibility that national courts may adopt interim measures that make it legally impossible for a Member State to complete the recovery process. However, even if a national court has doubts as to the validity of the Commission decision ordering recovery, it must address a request for clarification to the Court of Justice.[2]

However, even in this situation, Member States are not absolved of their obligation to explain the nature of the problem to the Commission and cooperate with the Commission to identify the right course of action. This is because, according to the Court of Justice, “51 [ …] if a Member State encounters difficulties in implementing a Commission decision ordering the recovery of aid, it must submit those problems for consideration by the Commission asking, in a reasoned manner, for the extension of the prescribed period and suggesting appropriate amendments to that decision, so that the Commission may take an informed decision.” Germany had failed to inform the Commission.

Moreover, the Court noted that the delay in the implementation of the Commission Decision could not be justified by the domestic legal complications because the national courts had failed to abide by EU law and ask for guidance from the Court of Justice. [paragraph 59]

Lastly, Germany also tried to argue that it was the responsibility of the public entity that had granted the aid to take the necessary steps to recover the aid. The Court of Justice rejected this argument and noted that it is both the aid granting authority and the Member State which are liable. [paragraph 53]

ii) Role of national courts in cases of non-notified aid

In December 2013, I wrote an article on this blog commenting on case C-284/12, Deutsche Lufthansa v Flughafen Frankfurt-Hahn. In that case, the Court of Justice ruled that when a national court considers a measure that may contain non-notified State aid and the measure is subject to an on-going Commission investigation, the national court must presume that the measures does contain State aid and it must take all appropriate measures such as ordering its suspension and the repayment of State aid. That article has since then been expanded and published under the title “Are National Courts Becoming an Extension of the Commission? C-284/12, Deutsche Lufthansa v Flughafen Frankfurt-Hahn” in the European State Aid Law Quarterly, 3/2014, pp. 409-413.

My main argument in both articles was that available statistics indicate that about 6-7% of all investigations initiated by the Commission are closed with a finding of no aid. The Commission opens an investigation when it has serious doubts about the compatibility of aid with the internal market. But in order to entertain serious doubts about compatibility it must form a view as to whether the measure it examines indeed contains State aid. Therefore, it opens the formal investigation procedures when it cannot exclude the possibility that the measure does contain State aid. But not being able to exclude such a possibility does not at all mean that the Commission is certain that the measure contains State aid. In fact, about 6-7% of the measures it examines are found to be free of State aid.

As it happens, on the same date, the Commission concluded several other investigations in the funding of airports and in agreements between airports and airlines. Several of those investigations found no evidence of State aid. Therefore, it is not unusual that the initial doubts of the Commission are eventually not borne out by facts. See, for example, the cases concerning Belgium SA.14093: Charleroi Airport and Ryanair, Germany SA.21121: Frankfurt-Hahn airport and Ryanair, Germany SA.26190: Saarbrücken Airport, Italy SA.23098: Aeroporto di Alghero, and Sweden SA.18857: Västerås Airport.[3]

Despite this evidence that the opening of the formal procedure is not a fool proof indicator of the existence of State aid, national courts are required by the Court of Justice to presume that State aid does exist and then act accordingly.

If any reader knows the outcome of the German case that gave rise to the judgment in C-284/12, I would be very much interested to learn what the German court decided.

[1] The text of the judgment of the Court of Justice can be accessed at:

[2] The Advocate General in point 90 of his opinion stated the following:

Exceptionally, suspension of a Commission decision may also be sought before national courts. The Court has consistently stated that national courts are allowed to adopt suspension measures with regard to EU acts only when the following conditions are met: (i) the national court must entertain serious doubts as to the validity of the EU measure and, if the validity of the contested measure is not already in issue before the Court of Justice, that court must itself refer the question to the Court; (ii) there must be urgency, in that the interim relief must be necessary to avoid serious and irreparable damage being caused to the party seeking the relief; (iii) the national court must take due account of the interests of the European Union; and (iv) in its assessment of all those conditions, the national court must comply with any decisions of the EU Courts on the lawfulness of the EU measure or on an application for provisional measures seeking similar interim relief at EU level.