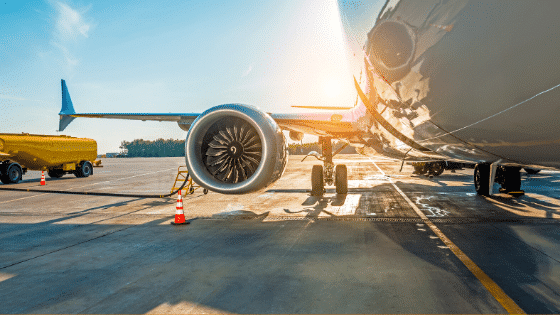 What prevents a Member State from granting State aid without first notifying it to the European Commission? Cynics would answer “nothing, in fact”. Indeed, nothing can stop a country that is determined to provide a subsidy. But after the judgment in case Lufthansa v Frankfurt Hahn Airport, the answer must be “unnecessary hassle”. Even if there is a slight doubt that a measure may contain State aid, it is better to notify it to the Commission for having the confirmation that it is State aid-free than having to endure protracted and complex legal proceedings with unpredictable consequences.

It is well established in the case law that competitors of the aid recipient may petition a national court to suspend the aid measure and even order recovery of any payments already made. The judgment in case Lufthansa v Frankfurt Hahn Airport highlights the legal complexities and the risks of granting and receiving any favour that may be classified as State aid.

Lufthansa initiated legal proceedings in a national court against Frankfurt Hahn Airport for granting non-notified [i.e. illegal] aid to Ryanair. Lufthansa petitioned the court to stop the aid and instruct recovery of any payments already made. According to Lufthansa, the fees charged by Frankfurt Hahn Airport to Ryanair contained State aid because they were lower than those charged to other airlines.

Some time later, the Commission opened the formal investigation procedure on grounds that the lower fees seemed satisfy all of the criteria of Article 107(1) TFEU. In the meantime, a national court of appeals asked the Court of Justice for advice on how to act in a situation where the Commission was also assessing the existence of State aid and its possible (in)compatibility with the internal market.

As is well-known, Article 108(3) TFEU requires notification of any plans to grant new aid. The purpose of this requirement is to enable the Commission to consider the compatibility of the aid before it is granted. In other words, it seeks to prevent rather than remedy distortions to competition. Member States may not implement any aid measure until the Commission has approved it. If aid is implemented without being first notified to the Commission, then it is automatically illegal and a competitor of the aid recipient may ask a national court to suspend it and order its recovery.

The Court of Justice first explained that the EU system of State aid control is enforced by both the Commission and the national courts. The Commission has exclusive competence to assess the compatibility of aid. Because Article 108(3) has direct effect, the role of national courts is to protect the rights of individuals [i.e. competitors of the actual or potential aid recipients] until the Commission makes its decision. This entails that “the immediate enforceability of the prohibition on implementation referred to in [Article 108(3)] extends to all aid which has been implemented without being notified”. [paragraph 29] National courts have this role because the Commission does not have powers to order recovery of non-notified aid until it has concluded its assessment and has found that the aid is incompatible with the internal market.

Indeed the Court of Justice stressed in its judgment that “national courts must offer to individuals the certain prospect that all the appropriate conclusions will be drawn from an infringement of the last sentence of Article 108(3) TFEU, in accordance with their national law, as regards the validity of measures giving effect to the aid, the recovery of financial support granted in disregard of that provision and possible interim measures”. [paragraph 30] It went on to explain that “the objective of the national courts is therefore to pronounce measures appropriate to remedy the unlawfulness of the implementation of the aid, in order that the aid does not remain at the free disposal of the recipient during the period remaining until the Commission makes its decision”. [paragraph 31] “The initiation by the Commission of the formal examination procedure … cannot therefore release national courts from their duty to safeguard the rights of individuals …” [paragraph 32]

The case law is strict on how non-notified aid should be treated. Even if the Commission eventually concludes its investigation with a finding that the aid is compatible with the internal market, national courts must request payment of interest on the amount of aid for the duration of the period of illegality. This is the period from the date of the granting of the aid until the date of the Commission decision [see judgment in case C-1/09, CELF]. Action before national courts always results in some penalty for the recipient of non-notified aid.

Having reiterated the principle that the role of the national courts is to protect the rights of individuals, the Court of Justice made a crucial distinction at this point between measures for which the Commission did initiate the formal procedure [because the Commission was fairly certain they would constitute State aid but uncertain about their compatibility] and measures for which it did not open the procedure. In the latter case, the Court of Justice said, a national court would have to determine whether the measure constituted State aid. This is because if a measure does not constitute aid, the Member State that implements it is not under any obligation to notify it to the Commission. “Before drawing the appropriate conclusions from a possible infringement of the last sentence of Article 108(3) TFEU, national courts must first decide whether or not the measures in question constitute State aid.” [paragraph 35]

What is interesting is what the Court had to say about measures for which the Commission has already initiated the formal investigation procedure. Here national courts face a dilemma. Should national courts consider that the launch of the formal investigation proves that the measure constitutes State aid or should they proceed to form their own view as to whether the measure is or is not State aid?

This is a rule which is too strict. Probabilistically, the vast majority of the Commission’s formal investigations confirm the existence of State aid. Moreover, about half of all investigations reach the conclusion that aid is incompatible. During the past decade, the finding of incompatible aid is 10 times more likely in non-notified measures than in notified measures. But there is also the possibility, admittedly small [3-5%], that the investigation can result in a finding of no aid. Why then should the undertaking that has not received any aid suffer the consequences reserved for those that do receive (illegal) aid?

The Court’s answer to this question is that during the investigation the legality of a measure is under doubt and, therefore, “following the doubt raised in the decision to initiate the formal examination procedure as to the aid character of that measure and its compatibility with the internal market, its implementation should be deferred until that doubt is resolved by the Commission’s final decision.” [paragraph 40]

Nonetheless, the Court of Justice went on saying that national courts “are required to adopt all the necessary measures” and, consequently, “national courts may decide to suspend the implementation of the measure in question and order the recovery of payments already made. They may also decide to order provisional measures in order to safeguard both the interests of the parties concerned and the effectiveness of the Commission’s decision to initiate the formal examination procedure.” [paragraph 43]

Then comes the rather bizarre guidance that when national courts “entertain doubts as to whether the measure at issue constitutes State aid … or as to the validity or interpretation of the decision to initiate the formal examination procedure, national courts may seek clarification from the Commission”. [paragraph 44] What does the Court think that the Commission will say? That it started a faulty investigation or that it started without having indications that the measure constituted State aid? Paragraph 44 also appears to contradict the statements in paragraphs 38-42 [quoted above] that national courts should consider the decision of the Commission to investigate a measure as evidence of the existence of State aid. The only sensible advice that is given in the second part of paragraph 44 [not quoted here] is that if a national court has doubts as to whether a measure contains State aid it should refer a question to the Court of Justice.

What the Court of Justice could have said

What else could the Court of Justice have advised the national German court that submitted the reference for preliminary ruling? It could have said the following.

If a granting authority has doubts as to whether a measure involves State aid, it is better to notify it for purposes of legal certainty. It can avoid all the unpredictability and potential trouble identified above.

If national courts deal with alleged State aid that is not the subject of investigation by the Commission, they must establish whether it is indeed State aid and, if it is, then they must suspend it and instruct recovery.

As for the beneficiaries of a state measure, they need to be even more vigilant that the measure does not constitute State aid. After this judgment, their risk is even greater because the moment the Commission starts investigating that measure, beneficiary undertakings may be required to repay whatever is presumed to be the amount of State aid they have received.