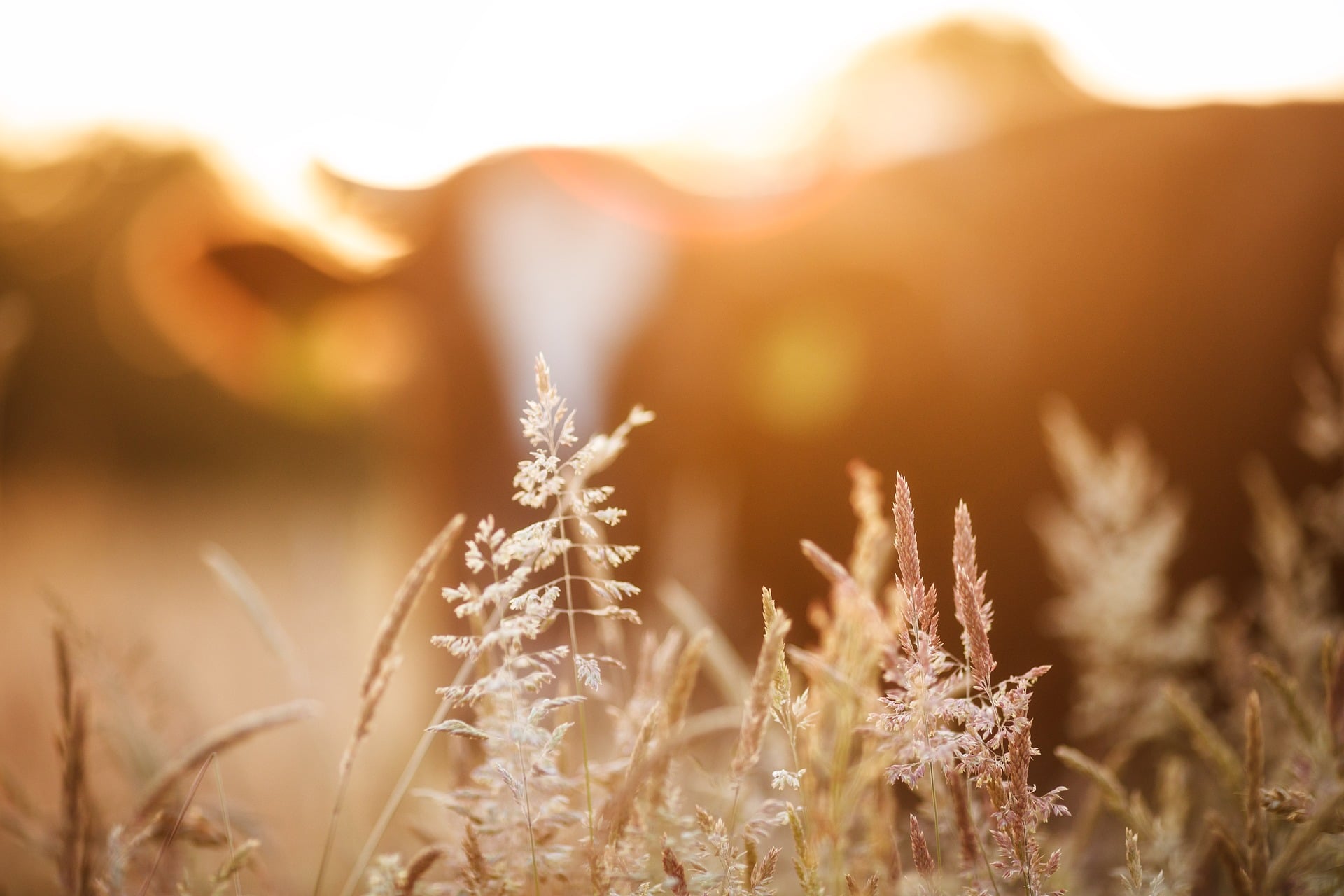 Vague award criteria can be discriminatory and harm the transparency of the selection procedure.

After receiving a complaint, the Commission opened a formal investigation into alleged State aid granted by the Estonian Ministry of Rural Affairs to AS Tartu Agro, a private limited company, which produced milk, meat and cereals.

According to the complaint, the Ministry had granted unlawful State aid to AS Tartu Agro by renting to it through a lease contract agricultural land in the region of Tartumaa at rates which were below market level.

The Commission concluded the investigation by adopting decision 2021/104 in which it concluded that incompatible aid had been granted even though AS Tartu Agro was selected on the basis of a procurement procedure.[1]

According to the decision, “(15) the lease contract with AS Tartu Agro was based on the result of a restricted tendering procedure. In that procedure a shortlist of pre-selected candidates was to be established based on selection criteria set out in an officially published announcement of the tender (“the announcement of the tender”). These pre-selected candidates were then eligible to negotiate the further conditions to be laid down in the lease contract (“the restricted negotiation”).” “(17) The announcement of the tender stipulated that the participants should submit (i) an application, (ii) a receipt of paying the participation fee of Estonian kroon („EEK“) 1000, (iii) an offer for the rental fee and (iv) a business plan („the selection criteria“).” “(18) Two companies submitted an offer: AS Tartu Agro and Aiu Põllumajanduse OÜ.” Only AS Tartu Agro was selected to proceed to the negotiation stage.

Since there was no doubt that AS Tartu Agro was an undertaking, that the measure involved state resources, that it was selective and it was liable to affect trade and distort competition, the Commission focused on whether the lease conferred an advantage to AS Tartu Agro.

The Commission explained that in order to determine the existence of an advantage it would use the “private vendor test” which is the version of the “market economy investor principle” that is applied to sale or renting of public assets.

“(108) If the sale and purchase of assets, goods and services or other comparable transactions like lease of assets are carried out following an open, transparent, non-discriminatory and unconditional tender procedure in line with the principles of the TFEU on public procurement, it can in general be presumed that those transactions are in line with market conditions, provided that the appropriate criteria for selecting the buyer, the seller or the lessee have been used.”

However, in this case the Commission had “(109) doubts as to whether the tendering procedure used for leasing the land was transparent, non-discriminatory and unconditional. The Commission assessed the tender based on the announcement of the tender, the minutes of the evaluation panel and the submitted comments. The actual submissions of the tenderers are not available.”

“(111) Firstly, the Commission agrees with the description of the Estonian authorities, that the tender procedure was carried out in accordance with the Rules applicable at the time the contract was signed.”

“(112) The […] requirements were publicly available through the publication of the tender.”

“(113) The tenderers had sufficient time to submit their tender as they had 20 days to do so after the publication of the tender.”

“(115) Based above the Commission thus concludes that the tender procedure was not transparent.”

“(116) Non-discriminatory treatment of all bidders at all stages of the procedure and objective selection and award criteria specified in advance of the process are indispensable conditions for ensuring that the resulting transaction is in line with market conditions. To guarantee equal treatment, the criteria for the award of the contract should enable tenderers to be compared and assessed objectively.”

Vague criteria can be discriminatory

“(118) As regards the award criteria, similarly to the analysis of recital (114), the Commission cannot conclude that the additional condition that the agricultural production activity of AS Tartu Agro should be continued, was objective. It is not clearly described what it is expected from the potential tenderers and seems to favour one undertaking.”

Exclusion on objective grounds is not discriminatory

“(123) As regards the conditionality of the tender procedure, a tender is unconditional when a potential buyer is generally free to acquire the assets, goods or services to be sold and to use them for its own purposes irrespective of whether or not it runs certain businesses. If there is a condition that the buyer is to assume special obligations for the benefit of the public authorities or in the general public interest, which a private seller would not have demanded – other than those arising from general domestic law or a decision of the planning authorities – the tender cannot be considered unconditional.”

“(124) It is established that the announcement of the tender set out a specific condition that required the agricultural production activity of AS Tartu Agro to continue […] According to the Estonian authorities, the aim of that condition was not for the activities of AS Tartu Agro as a company to continue but was linked to its specific agricultural production. Namely, the Ministry wished to ensure the propagation of particular high-yielding varieties of seed meeting OECD standards and the storing of the necessary national seed reserve”.

“(125) According to the Estonian authorities, the requirement to propagate and store high-yielding varieties of seed was objective and allowed all interested parties to participate in the tender. No specific method was prescribed for the participants in the tender […] However, the Commission notes that the announcement of the tender did not specify that the potential tenderer had to propagate and store certain seeds, it specified only that the agricultural activity of one specific company – AS Tartu Agro – had to be continued after acquiring the leased land. This is clearly conditional.”

“(126) However, even if the condition set out in the announcement of the tender was limited to the propagation and storing of the above mentioned seeds, it would still have to be considered conditional and referring to the activities of AS Tartu Agro. Namely the condition of propagating particular high-yielding varieties of seed meeting OECD standards and storing them (in the leased land) does not arise from the general domestic law. This obligation was put on AS Tartu Agro, […] by an order from the Minister for Agriculture. Therefore, this obligation is not linked to the leased land but linked to the activities of AS Tartu Agro. […] Therefore, the Commission concludes that neither – the propagation and storing special seed nor the continuation of the agricultural activities of AS Tartu Agro derived from the domestic law, but instead the latter represents a condition of the tender.”

“(127) As regards whether the propagation and storing of the specific seeds or the condition of continuation of the agricultural production activity of AS Tartu Agro was a decision from a planning authority, the Commission finds that it was not. In general, a planning authority prepares and implements a development plan of a certain local area including giving building permits for land parcels. […] The planning authorities do not define which crops or which agricultural activities can be pursued in agricultural land.”

“(130) Based on the above, the Commission concludes that the tender procedure to lease the land was non-transparent, discriminatory and conditional”.

Since the tender procedure was faulty, the Commission proceeded to examine whether the level of the rent, as determined by an expert [the “Uus Maa report”], corresponded to the market rate.

“(131) It should therefore, be analysed firstly whether, the rental fee, which encompasses only the rent and not the other expenses like land taxes and maintenance, paid by AS Tartu Agro was at the level of the average rental fee for agricultural land in Estonia throughout the period of the lease.”

“(133) The Commission considers the Uus Maa report to provide plausible, albeit conservative estimates of the rental fees”. On the basis of that report, the Commission concluded that the rent paid by AS Tartu Agro was far below the prevailing market rate during the relevant time periods. [paragraphs 133-140]

Costly obligations may counter-balance discounts on the rent rate

Then the Commission considered several arguments put forth by Estonia that financially burdensome obligations had been imposed on AS Tartu Agro which justified the reduction in the rental fee. These obligations were: “(141) (i) annual investments in drainage systems; (ii) expenditures for the maintenance of the land and for increasing the soil quality including expenditures such as those for crop protection, mineral and organic fertilizers, liming and maintenance of roadsides and (iii) payment of all taxes”.

With respect to investment undertaken by AS Tartu Agro that improved the land, the Commission accepted that tenants do not normally have such obligations [they fall on land owners] but that since they were not required by law, they were decided by AS Tartu Agro itself which also benefitted from land improvement. [paras 143-144]

With respect to taxes, the Commission conceded that AS Tartu Agro paid taxes that were normally borne by land owners so the rental fee it actually paid had to be adjusted [upwards] by the amount of taxes it paid on behalf of the state. [para 146]

But even after adjusting upwards the actual rental fee with respect to half of the investment expenditure and all of the taxes, the Commission still found that the fee remained below the market rate. [paras 147-148]

The Commission did not find that the aid, which was operating aid, served any objective of common interest, by being necessary and proportional. Therefore, it concluded that the aid was incompatible with the internal market and had to be recovered.

Interestingly, the Commission added that recovery was not required where “(173) the aid has been granted to a specific project, which, at the time of granting, fulfilled all conditions of the block exemption regulations, de minimis regulation or of an aid scheme approved by the Commission.”

Photo by Philippe Ramakers on Pixabay