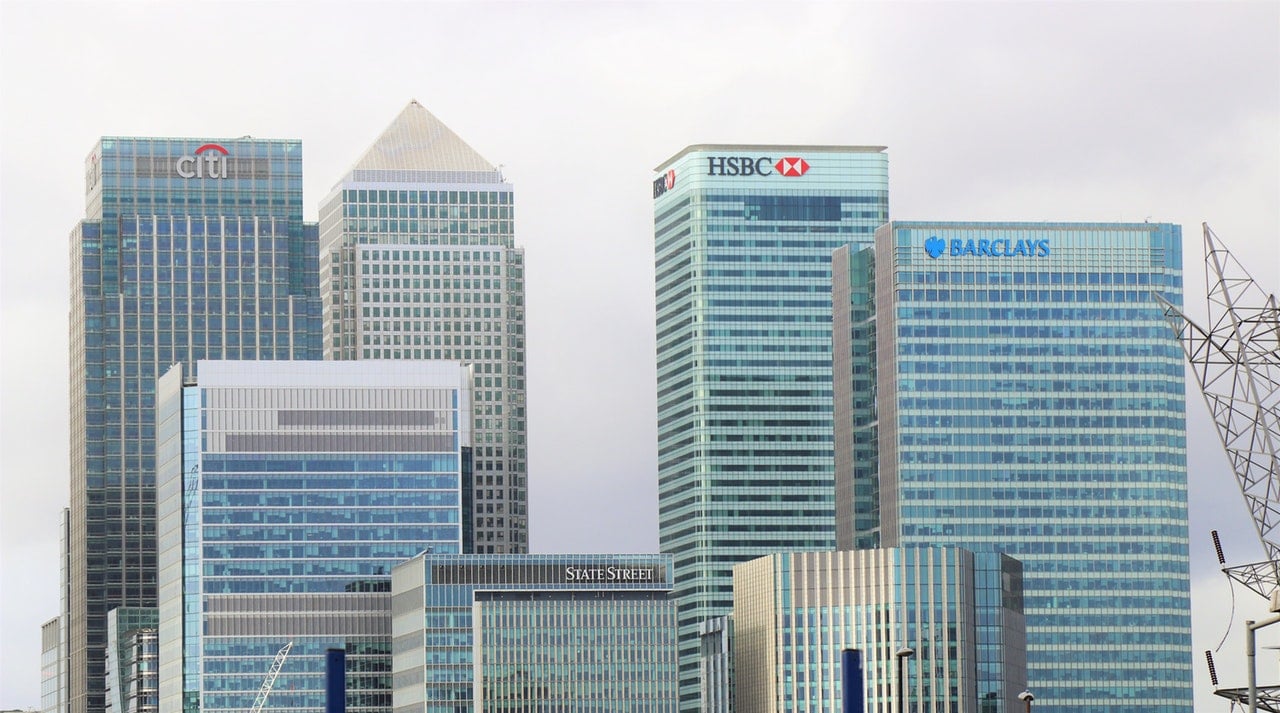 Banks that receive State aid are considered to be failing banks, except when the aid is granted to solvent banks for the purpose of precautionary recapitalisation or temporary liquidity.

Introduction
During the past decade, large amounts of public funds have been committed to shore up failing or illiquid banks. Under current banking rules, the mere fact that a bank requests State aid triggers its classification as “failing or likely to fail” [FoLF]. A bank that is classified as FoLF must be liquidated unless it is in the public interest to resolve it. Resolution means that its systemic functions, i.e. those which are necessary for financial stability, are maintained. The exceptions to the default option of liquidation are “precautionary recapitalisation” and provision of temporary liquidity to otherwise solvent banks.Even when a bank is not resolved, State aid rules require that injection of public money is accompanied by “burden sharing” or bailing-in of shareholders and subordinated creditors.Last year, a bank that was recapitalised for precautionary purposes without being put to resolution was the Italian Monte dei Paschi di Siena [MPS], Italy’s third largest bank with EUR 160 billion of assets, 26000 employees and 2000 branches. The non-confidential version of the Commission decision [SA.47081] has just been published so it is worth reviewing.[1]Italy had also granted State aid to MPS on a previous occasion. In 2012-13, the Commission approved recapitalisation of MPS with public money amounting to EUR 3.9 billion in the form of hybrid capital instruments [SA.35137]. The aid was approved on condition that MPS would be restructured. By June 2015, MPS fully repaid the recapitalisation aid of 2012-13.In late December 2016, Italy notified the Commission of its intention to support MPS again. The decision to provide State aid was preceded by stress tests carried out by the Single Supervisory Mechanism [SSM], which revealed that although MPS had sufficient capital in the baseline scenario, it experienced a capital shortfall in the adverse scenario. MPS had to increase its capital and, in order to attract investors, it asked for a State guarantee on new liabilities worth EUR 15 billion.The Supervisory Board of the SSM decided that MPS had Common Equity Tier 1 ratio of 11.49% and that it was solvent because it complied with the minimum capital requirements [Article 92 of Regulation 575/2013].

The State guarantee to MPS covered i) newly issued senior liabilities [bonds] and ii) funding granted by the central bank of Italy in the context of emergency liquidity assistance [ELA]. ELA is liquidity provided by a national central bank but approved by the ECB. ELA is granted against collateral and with an appropriate haircut [discount]. The collateral in this case was the State guarantee.

Italy also offered a number of commitments that were considered by the Commission in its assessment of compatibility of the aid.

There was no doubt that the State guarantee constituted State aid. According to the Commission, “(19) the Bank receives those State guarantees under conditions which would not be available to the Bank in the market, which implies that the Bank receives an advantage. This advantage is selective in nature as it is only granted to the Bank. The measure will strengthen the liquidity position of the Bank as compared to non-aided actors in the market and thus distorts competition. Since financial institutions from other Member States operate in Italy, the measure is also likely to affect trade between Member States.”

Perhaps a comment is in order at this point. Despite numerous Commission decisions [about 500] and several court judgments, we still do not have a detailed explanation of the nature of the link between the “serious disturbance” and State aid. One way of looking at it is that aid addresses the cause of the disturbance itself. Another way of looking at it is that aid addresses the effects of the disturbance. Almost ten years after the crisis broke out, it does not appear convincing that the aid to MPS addressed either the cause or the effects of the disturbance. Although there is no doubt that its troubles were precipitated by the crisis, many other events occurred in the meantime and many decisions were taken by MPS in the period 2008-16. Could its problems in 2016 still be attributed to what happened in 2007-8? Admittedly, however, the damage it suffered in 2008 was so extensive that it could not completely recover unaided. If this is the reason, it should be proven rather than presumed.

At any rate, the Commission noted that “(30) in order for aid to be compatible with the internal market, it must comply with the general principles for compatibility under Article 107(3) TFEU, viewed in the light of the general objectives of the TFEU. Therefore, according to the Commission’s decisional practice any aid or scheme must comply with the following conditions [at this point the decision cited two cases: SA.37314 „Rescue aid in favour of Probanka“ and SA.37315 „Rescue aid in favour to Factor Banka“]: (i) appropriateness, (ii) necessity and (iii) proportionality.” These conditions are elaborated in the 2013 Banking Communication.

“(32) The measure is appropriate to remedy a serious disturbance in the Italian economy. The objective of the measure is to strengthen the liquidity position of the Bank. The Commission observes that despite its solvent capital position, the Bank is facing significant deposit outflows since July 2016, when the 2016 EU-wide stress test results were disclosed. … The Commission also observes that the negative share price performance of the Bank has eroded confidence in the Bank’s creditworthiness, which also had a negative impact on its liquidity position. Hence, the provision of liquidity support to the Bank is an appropriate measure to restore market confidence in the Bank.”

“(34) With regard to the scope of the measure, the Commission notes that Italy has limited the size of the measure to EUR 15 billion and that the maximum maturity of the State guaranteed bond(s) is three years. The Commission has no reason to dispute the assessment of the Italian authorities (see recital (15)) that this amount is well grounded, given the rapid deterioration of the liquidity position of the Bank and also taking into account the Bank’s liability maturity schedule as set out in recital (8).”

“(37) As regards proportionality, the Commission notes that Italy, in line with point 58 of the 2013 Banking Communication, has committed to submit a restructuring or a wind-down plan within two months, unless the aid is reimbursed within those two months.”

“(38) Furthermore, the Commission notes that Italy has committed, in line with point 59(f) of the 2013 Banking Communication, to a number of behavioural safeguards such as a State aid advertising ban and a ban on any aggressive commercial strategies which would not take place without the State support. Such safeguards help ensure that the Bank do not misuse the received State support to expand its activities.”

“(39) In addition, the Commission notes that Italy, in line with point 32 of the 2013 Banking Communication, submitted to the Commission the capital raising plan submitted by the Bank in 2016 and endorsed by the SSM. The Commission notes that Italy has also undertaken commitments to prevent the outflow of funds from the Bank, such as the suspension of dividend payments and an acquisition ban as long as the Bank is still benefitting from the State guarantee.”

On the basis of the above findings, the Commission concluded that the State guarantee was compatible with Article 107(3)(b) TFEU.

However, as is now standard practice with respect to the compatibility of State aid to financial institutions, the Commission also checked compliance with the “intrinsically linked” provisions of Directive 2014/59 on banking recovery and resolution [BRRD] and Regulation 806/2014 on the single resolution mechanism [SRMR]. The Commission examined specifically Article 32(4)(d)(i) & (ii) of the BRRD and Article 18(4)(d)(i) & (ii) of the SRMR, which are virtually equivalent.

“(43) The first subparagraph of Article 32(4) BRRD and of Article 18(4) SRM-R establish that an institution shall be deemed to be failing or likely to fail and placed into resolution, (if all the other pre-conditions for resolution are met), where, inter alia, extraordinary public financial support is required, except when, in order to remedy a serious disturbance in the economy of a Member State and to preserve financial stability, the extraordinary public financial support takes the form, inter alia, of a State guarantee of newly issued liabilities or on ELA liquidity facilities provided by central banks.”

In the terminology of the BRRD and SRMR “extraordinary public financial support” means State aid or aid from the Single Resolution Fund.

“(44) The second subparagraph of Article 32(4) BRRD as well as Article 18(4) SRM-R provide that in order not to trigger resolution such State guarantees on newly issued liabilities must be confined to solvent institutions and must be conditional on final approval under the Union State aid framework. Those measures must be of a precautionary and temporary nature, they must be proportionate to remedy the consequences of the serious disturbance and they must not be used to offset losses that the institution has incurred or is likely to incur in the near future.”

“(45) The Commission notes that the measure is granted to one bank, i.e. the Bank, which the SSM considers a solvent institution which experiences temporary liquidity stress. The SSM confirmed that the Bank’s Common Equity Tier I ratio stood at 11.49%, on a consolidated basis as of 30 September 2016, i.e. well above the minimum regulatory levels. The guarantee granted is of a temporary nature, since its maturity is up to three years, and is of a precautionary nature, since it only covers newly issued liabilities and new liquidity facilities provided by central banks. The guarantee granted is also proportionate to remedy the consequences of the serious disturbance as explained in recital (32). As the measure is a liquidity measure for a solvent institution, the measure is not meant to offset incurred or likely losses.”

The Commission concluded that the aid did not violate the intrinsically linked provisions of BRRD or SRMR.

Since MPS was not resolved, the provisions of BRRD and SRMR on the bail-in of shareholders and creditors were not triggered. But the 2013 Banking Communication requires “burden sharing” regardless of the purpose of the aid. Unlike other Commission decisions on State aid to banks, the decision concerning MPS is silent on burden sharing.