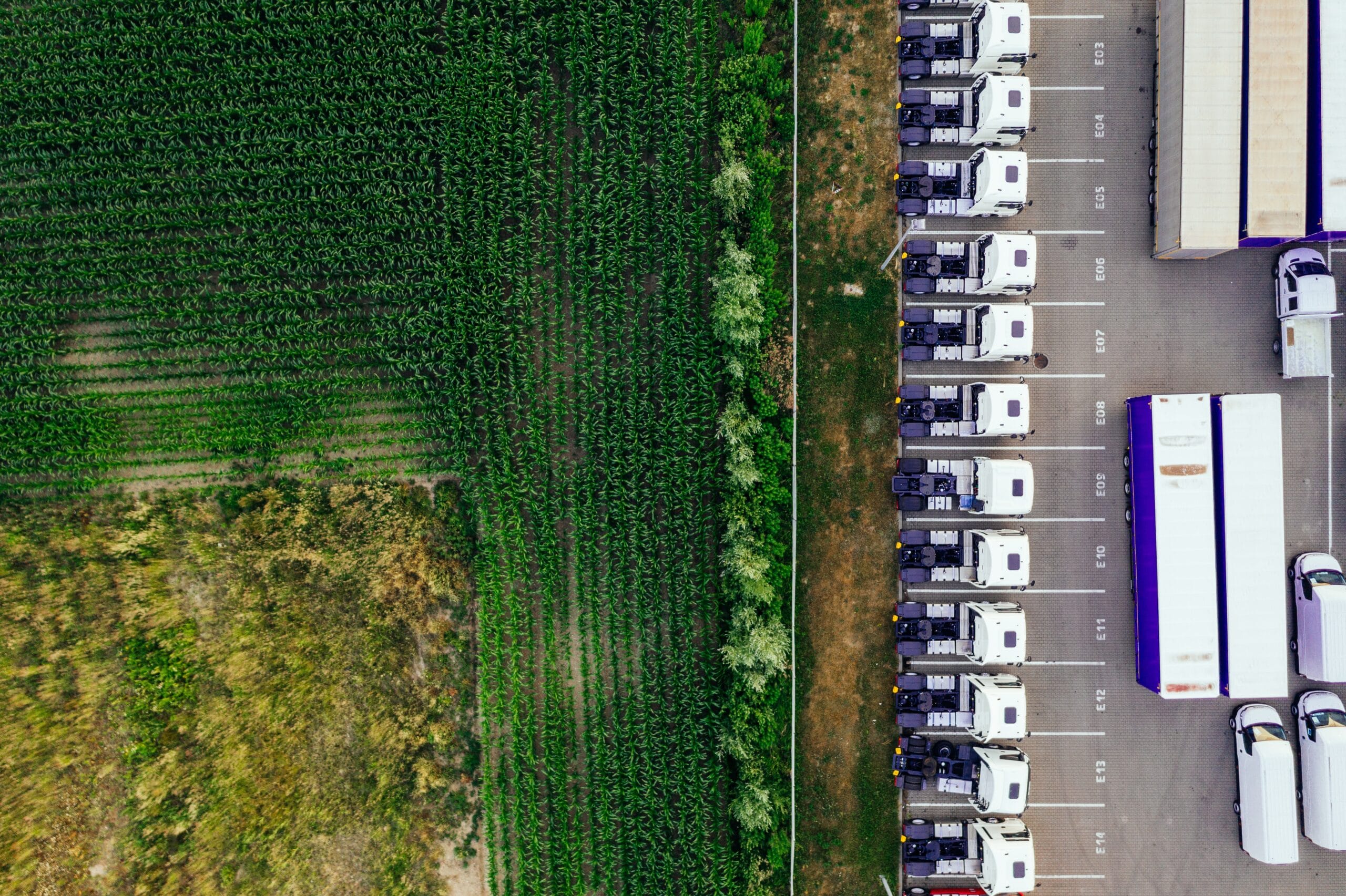 Principles for selection of concession holders

The Commission examined also, in addition to the outcome of the award process, whether KGHM was unduly favoured and received an advantage not available at market conditions, within the meaning of Article 107 (1) TFEU. This examination assessed whether the process of granting the concession for exploration was conducted in line with EU principles on public procurement [The decision cites the judgment in case Eventech v The Parking Adjudicator, C-518/13, paragraphs 48 and 49. This part of the judgment refers to the right of a public authority to achieve a public policy objective by forgoing revenue. Its relevance to selection criteria is not obvious]. The public procurement principles laid down by EU law determine whether a selection process is:

According to the Commission, a selection process is competitive if anyone with the right qualifications can participate in it and compete against others.

The Commission noted that under Polish law anyone interested in exploration and eventual exploitation could submit an application to obtain a concession. “(56) The [four] applications ultimately met formal requirements and the concession authority accepted all applicants to be considered in the selection process. […] Throughout the proceedings each applicant had access to the applications of the other participants of the process.” “(57) As regards the allegation of the Complainant that there was no competitive tender formally speaking, the Commission notes that there was no obligation to organise one. According to Polish law, a tender is organised when the granting of the concession is initiated by the concession authority.”

Then the Commission made an important clarification about the applicable case law in this situation. “(58) The Complainant argues that there is an ex ante presumption that transactions in violation of the principle of non-discrimination and transparency entail a State aid element, unless it can be proven that the deficiencies in the process did not affect its outcome. In this respect the Complainant invokes the Land Burgenland case [Land Burgenland v Commission, joint cases C-214/12P, C-215/12P and C-223/12P, paragraph 94], in which the Court of Justice confirmed the finding of the General Court that where a public authority proceeds to sell an undertaking belonging to it by way of an open, transparent and unconditional tender procedure, it can be presumed that the market price corresponds to the highest offer.” “(59) The Commission notes first that this case law concerns primarily the outcome of a tender procedure (an undertaking was not sold to the highest bidder) and not the obligation to conduct it as such. Second, the transaction concerned in Land Burgenland consisted in the sale of an undertaking where the State acted as an economic operator whose behaviour could be compared to a private vendor interested in maximising proceeds, whereas the present case concerns the granting of the concession where the State acted as a public authority whose behaviour cannot be compared to a private vendor, as explained in recitals (48)-(49). Thus, the Commission considers that the reference to the Land Burgenland case is inapposite in view of the different facts of the measure at issue. In any event, as further assessed below (recitals (65)-(80)), the Commission considers that the selection procedure was conducted in accordance with the principles of non-discrimination and transparency.”

Therefore, non-discrimination and transparency are absolutely necessary, regardless of whether a public authority is acting as a regulator or an economic operator.

According to the Commission a selection process is transparent when all interested parties are equally and duly informed at each stage.

“(66) The concession authority informed all the applicants about the conduct of the administrative proceedings, in particular about their initiation, activities performed throughout the selection process and termination. In addition, as mentioned above, each applicant had access to competing applications on an equal basis.”

“(67) The concession authority established the selection criteria on the basis of the generally applicable national laws […]. In any event, the concession authority announced and communicated the selection criteria sufficiently in advance so that the applicants had time to clarify any doubts in this respect and to improve their offers before submitting final applications […]. Consequently, the allegation of the Complainant that in the course of a tender DEP could have offered a better quality service in return for the concession is not justified.”

“(69) Therefore, the Commission considers that the selection process was conducted in a transparent manner, where all potential participants knew about it and were properly informed and aware of its initiation, the conditions to be selected, the activities performed throughout the selection process and its termination.”

According to the Commission, a selection process is non-discriminatory if participants are treated equally and are assessed on the basis of objective criteria which are defined in advance.

Moreover, “(72) the Commission observes that the concession fee for exploration and exploitation is established by means of an objective formula, laid down in Polish law. Any applicant granted the concession would have paid the concession fee calculated on the basis of the same algorithm.” “(73) The Commission further stresses that the outcome of the selection process for the award of the exploration rights has led to choosing KGHM, the applicant offering the highest probability of maximising the proceeds accruing to Poland from the possible subsequent exploitation of the areas for which the concession for exploration was awarded. Indeed, among all companies having shown a potential interest, KGHM offered to explore the highest number of different minerals within the widest geographical area”. “(74) The concession fee for exploration and for the associated mining usufruct right is a product of a unit price per type of a mineral and the area under concession. Given that KGHM proposed the largest scope of geological works, both in terms of the area concerned and the number of minerals to be explored, by granting the concession for exploration to KGHM, Poland has indeed chosen the applicant that maximised its potential revenue. Given the formula to calculate remuneration of the State for the exploitation rights […], Poland can reasonably expect the highest revenue from the future exploitation rights from the applicant that proposed to explore the largest area and more minerals than other applicants.”

Indeed, since the fee is calculated also on the basis of the size of the area of exploration and size of exploitable minerals, the fee paid by KGHM was certainly the highest. But this complicates issues. Was Poland acting as a regulator or as an economic operator aiming to maximise revenue? The right answer must be that although Poland was not acting as an economic operator, it still did not forgo any revenue that would be generated by the application of the fee formula. The fact that the fee paid by KGHM was the highest was not relevant. What mattered was solely that the same formula was applied to KGHM and that formula was not more favourable to KGHM.

At any rate, the Commission concluded that “(80) the selection process was conducted in a non-discriminatory manner.”

According to the Commission, a selection process is unconditional when an applicant is not encumbered by special obligations for the benefit of the public authorities.

The Commission first addressed an argument of DEP that “(82) the selection criteria applied by the concession authority included non-market conditions, such as the scope of geological works and the quantity of geological information, that do not comply with the market economy vendor test.”

On the basis of the above reasoning the Commission found that the process for granting the concession for exploration was conducted in a competitive, transparent, non-discriminatory and unconditional manner, without conferring an economic advantage to KGHM. Since the criteria of Article 107(1) are cumulative, the Commission could have stopped its analysis at this point. But it also chose to examine the presence or absence of selectivity, probably to protect its decision from being annulled by EU courts in case there was an error of law in its finding that no advantage was obtained by KGHM.

The Commission addressed the issue of selectivity by explaining why even if there was one winner, the process was not selective because it did not discriminate against anyone on an ex ante basis. They were all treated equally.

“(89) Even if the selection process were considered not to meet all the relevant criteria taken together (i.e. competitiveness, transparency, non-discrimination and un-conditionality), it undoubtedly was non-discriminatory. The concession authority assessed the applicants on the basis of objective selection criteria derived from general law, set sufficiently in advance and applied equally to all applicants […]. Although the concession authority has ultimately granted the concession to one applicant, who best met those criteria, all of the applicants competed on equal terms and had been in the same position throughout the selection process to obtain the concession. Had any of them offered to carry out a larger scope of geological works ensuring more geological information and in a shorter timeframe than KGHM, the concession authority could have chosen such applicant and not KGHM. In the MOL case [T-499/10, MOL v Commission, paragraph 66] the Court ruled that “[A] combination of elements such as that observed by the Commission in the contested decision may be categorised as State aid where the terms of the agreement concluded were proposed selectively by the State to one or more operators rather than on the basis of objective criteria laid down by a text of general application that are applicable to any operator“. In view of that, the Commission concludes that even if the award of the concession under assessment were found to entail an economic advantage, such advantage would not have been selective .

But is it really possible that an advantage stemming from a defective selection procedure is not selective? It is true that a public measure can confer an advantage without being selective [e.g. reduction of the corporate tax rate]. But in this case the advantage is conferred by the fact that a selection procedure excludes a competitor that submits a better offer. This exclusion must necessarily confer a selective advantage. But, perhaps, this is not an important issue in the context of this decision.

However, nothing in EU law prevents Member States from using procedures than can aim simultaneously at the two targets of revenue maximisation and achievement of public policy objectives.

[1] The whole article refers to decision SA.41116 concerning the granting of exploration rights to the Polish company KGHM Polska Miedź. The full text of the Commission decision can be accessed at:
http://ec.europa.eu/competition/state_aid/cases/268864/268864_1938168_112_2.pdf.
Abonnieren Sie jetzt!
×