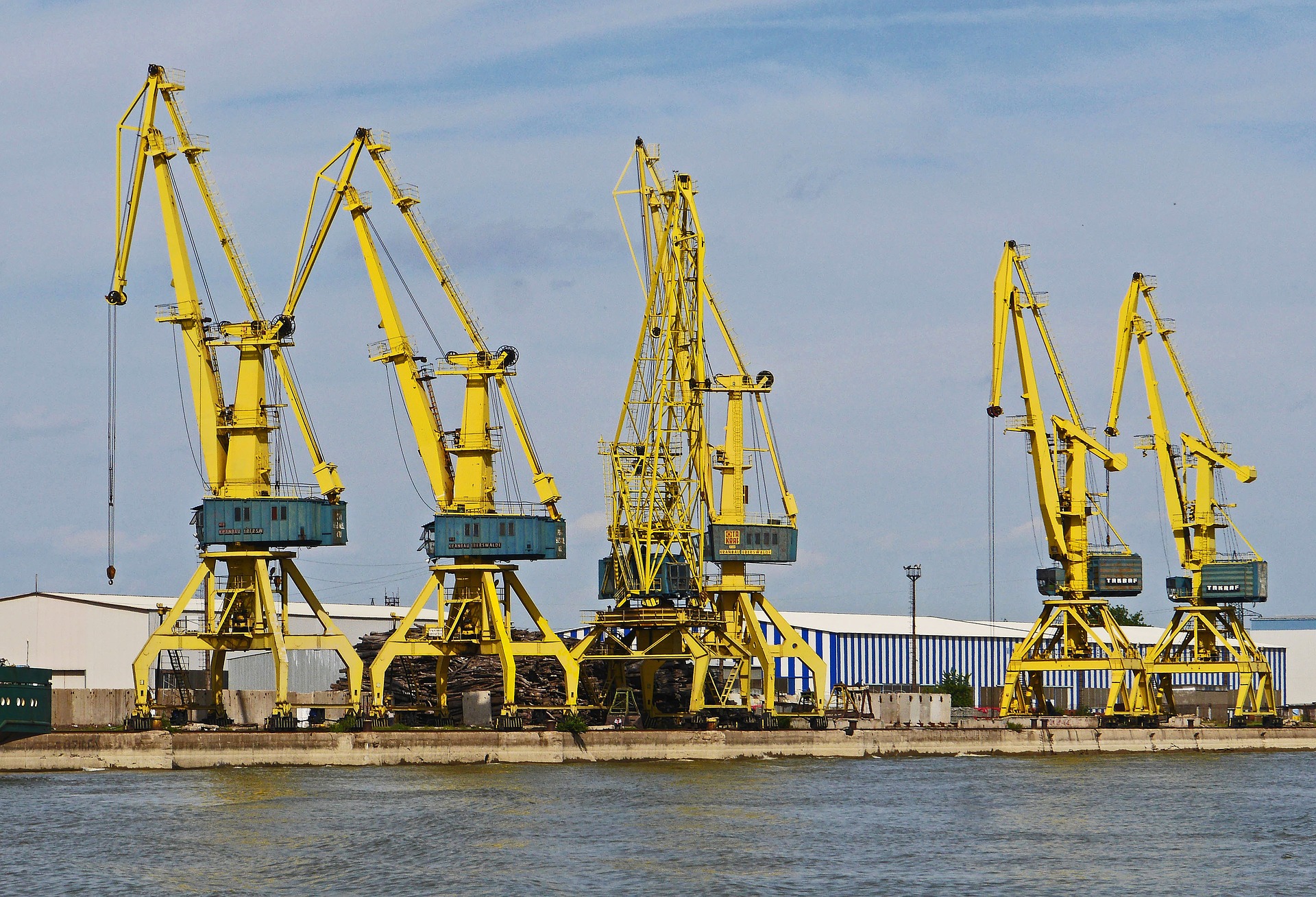 Aid granted before accession to the EU may not be assessed by the Commission.

It is fairly safe to say that in the sixty years of case law on State aid, the Court of Justice has ruled that there are just four instances in which payment of public money to an undertaking does not constitute State aid on the grounds that, even though it satisfies all of the other criteria of Article 107(1), it does not confer an advantage:

There are not many cases of payments for damage. When the state expropriates the land of an undertaking, say to build a road, one can easily see that the compensation does not confer an advantage, as long as the compensation equals the market value of the land.

This articles reviews a case concerning compensation for withdrawal of investment incentives.

Before Romania became a member of the European Union on 1 January 2007, it sought to attract foreign investors by offering them incentives in the form of exemption from customs duties, value added tax and profit tax.

In August 2004, while Romania was preparing for accession to the EU, it repealed all incentives for foreign investors.

The applicants in the joined cases which are reviewed in this article, T‑624/15, T‑694/15 and T‑704/15, European Food et al v European Commission, had invested in Romania prior to its accession to the EU.[1]

They initiated proceedings against Romania before an arbitration tribunal claiming compensation, in the context of a bilateral investment treaty. The tribunal found in their favour and awarded compensation amounting to EUR 178 million.

However, in May 2014, the Commission, in decision 2015/1470, concluded that the arbitration award constituted incompatible State aid and prohibited Romania from paying the applicants. The Commission decision was reviewed here on 15 September 2015 [http://stateaidhub.eu/blogs/stateaiduncovered/post/3729] Therefore, the present court case concerns applications under Article 263 TFEU for annulment of Commission decision 2015/1470.

The main plea of the applicants was that the Commission was not competent to adopt decision 2015/1470, since all Romanian measures were designed and implemented before Romania’s accession to the EU and since EU State aid rules did not apply to Romania before it became an EU member. The applicants also argued that it was irrelevant that the payment of the compensation took place after its entry into the EU.

The General Court recalled that “(66) under Article 2 of the Act of Accession, the provisions of the original Treaties and the acts adopted by the institutions before accession are binding on Romania as from that accession and apply in that State under the conditions laid down in those Treaties and in that act.”

“(67) Thus, EU law became applicable in Romania only as from its accession to the European Union on 1 January 2007. It is therefore only on that date that the Commission acquired the competence enabling it to review Romania’s actions pursuant to Article 108 TFEU”.

“(68) The applicants’ arguments alleging that the Commission lacked the competence to adopt the contested decision are based on the premise that all the events occurred, and any possible advantage was granted, before Romania’s accession to the European Union. It follows that, in order to assess the merits of those arguments, it is necessary first to define the date on which the alleged aid was granted.”

When is aid granted?

“(69) In that regard, it should be noted that, according to the case-law, State aid must be considered to be granted at the time that the right to receive it is conferred on the beneficiary under the applicable national rules, taking account of all the conditions laid down by national law for obtaining such aid”.

“(70) In the present case, first, according to the contested decision, the implementation or execution of the arbitral award was intended to re‑establish the situation in which the applicants would have, in all likelihood, found themselves had the [aid] scheme not been repealed”.

“(71) It is apparent from the background to the disputes … that all the events relating to [the aid], …, took place before Romania’s accession to the European Union on 1 January 2007.”

“(73) The arbitral award was thus intended to compensate ‘retroactively’ the revocation of [the aid] in 2005, that is to say that the compensatory effects which it produces are applicable to the past.”

“(75) Contrary to what the Commission stated, …, the right to receive the compensation awarded by the arbitral tribunal was therefore not conferred on the applicants only after Romania’s accession to the European Union”.

“(76) It is true that the arbitral award, stating the infringements committed by Romania when [the aid measure] was repealed and determining the damages to be paid to the applicants on that basis, was issued in 2013 and therefore after that accession.”

“(77) However, …, the arbitral tribunal confined itself to determining the exact damage suffered by the applicants on the basis of the infringements committed by Romania in 2005. Since the arbitral award is thus merely an ancillary element of the compensation at issue and is not, as such, severable from the earlier tax incentives, it cannot be classified as new aid and serve as a basis for the competence of the Commission and the applicability of EU law for all the events occurring in the past, namely the events giving rise to the disputes which predate Romania’s accession to the European Union”.

“(79) As EU law and, more specifically, Articles 107 and 108 TFEU were not applicable in Romania before its accession to the European Union … the Commission could not exercise the powers conferred on it by Article 108 TFEU and could not, in particular, censure the incentives laid down by [the aid measure] for the period predating that accession. It is only as from Romania’s accession that the Commission acquired the competence enabling it to review Romania’s actions pursuant to Article 108 TFEU”.

“(80) It should also be noted, …, that the fact that the compensation was paid after that accession is irrelevant in that context, because those payments made in 2014 represent the enforcement of a right which arose in 2005.”

When is an advantage conferred?

“(83) According to settled case-law, new rules apply, as a matter of principle, immediately to the future effects of a situation which arose under the old rule”.

“(84) In the present case, due to the specific nature of the arbitral award, …, it cannot be considered that the effects of that award constitute the future effects of a situation arising prior to accession …, since that award retroactively produced definitively acquired effects which it merely ‘stated’ for the past, that is to say, effects which, in part, were already established before accession.”

“(87) In that regard, it must be pointed out that, in the present case, the arbitral tribunal was not bound to apply EU law to events occurring prior to the accession before it”.

Was the arbitral award an advantage in the meaning of Article 107(1) TFEU?

The applicants also argued that the arbitral award did not confer an economic advantage to them, but was intended solely to compensate them for the damage they had suffered.

“(103) Compensation for damage suffered cannot be regarded as aid unless it has the effect of compensating for the withdrawal of unlawful or incompatible aid (see, to that effect, judgment of 27 September 1988, Asteris and Others, 106/87 to 120/87, EU:C:1988:457, paragraphs 23 and 24), as recalled by the Commission in recital 104 of the contested decision. That recital 104 confirms that the Commission considers the arbitral award to be incompatible aid because it compensates for the withdrawal of a measure which it considers to be aid which is incompatible with EU law.”

“(104) However, … EU law is not applicable to the compensation for the withdrawal of [the aid measure], at least in respect of the period predating accession, because the arbitral award, which found that a right to compensation arose in 2005, did not have the effect of triggering the applicability of EU law and the Commission’s competence to that earlier period.”

In other words, the General Court did not comment on whether indeed the Romanian measures constituted incompatible aid. It merely repeated the assessment of the Commission and reiterated the principle that Member States may not compensate undertakings for withdrawing illegal or incompatible aid.

Do bilateral investment treaties have any value?

The General Court also did not examine the substance of the case which was whether investor protection provisions in intra-EU bilateral investment treaties are compatible with EU law. However, it is fairly clear that the protection they afford to investors is rather limited.

Apparently there are 200 or so bilateral investment treaties among EU Member States.[2] The Commission has taken a position against such provisions for being contrary to the internal market rules on equal treatment and non-discrimination.

Article 3(2) TFEU stipulates that the EU is to have “exclusive competence for the conclusion of an international agreement when its conclusion … may affect common rules or alter their scope”. The Court of Justice in the Pringle case [C-370/12] ruled that “(101) it follows also from [Article 3(2) TFEU] that Member States are prohibited from concluding an agreement between themselves which might affect common rules or alter their scope.”

More recently, the Court of Justice ruled explicitly in its Achmea judgment [C-284/16] that investor-state arbitration contained in bilateral investment treaties between Member States was not compatible with EU law. However, the Court of Justice reached that conclusion not because awarding damages against a Member State infringed EU law, but because arbitration tribunals operating wholly or partly outside the judicial systems of Member States weakened the system of legal remedies which the EU Treaty requires them to establish in the fields covered by EU law.