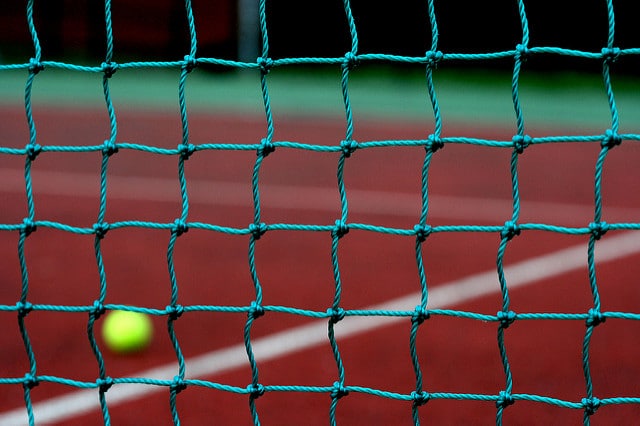 In August 2011, the Commission received a complaint from a private company alleging that the Czech Republic granted State aid to non-profit organisations to construct and operate sports facilities. The Commission investigated the complaint, found that the measures it referred to did indeed contain State aid and, although the aid had been granted illegally [i.e. without prior notification to the Commission], it approved it for being compatible with the internal market [Commission decision SA.33575].[1]

Although the name of the complainant is not revealed in the Commission decision, presumably it is the same company that lodged an appeal against that decision. On 12 May 2016, the General Court rendered its judgment in case T-693/14, Hamr-Sport v Commission.[2] The judgment is of interest not because it provides a fresh interpretation to the concept of State aid but because it approves explicitly the Commission’s “balancing test” [which was introduced by the 2005 State Aid Action Plan] and the methodology it embodies. Admittedly, EU courts have endorsed related principles on numerous occasions. For example, it is well established in the case law that aid must be capable of achieving an objective defined by Article 107(2) or (3) TFEU and that operating aid is in principle incompatible with the internal market precisely because, by covering the day to day expenses of the beneficiaries, it does not induce them, for example, to invest more or develop new activities.

Assessment by the Commission: Existence of State aid

The Czech Republic granted subsidies to non-profit organisations for the purpose of promoting sports, especially among young persons. The subsidies were given on condition that funded sports facilities would be operated for at least ten years. The aid intensity was high: 70% or 100%. The non-profit organisations had to be based exclusively in the Czech Republic, had to place the funded facilities at the disposal of their members or general public and, because they could not make profit, any revenue from the use of the facilities had to be ploughed back into sport activities.

The complainant operated sports facilities and claimed that the aid distorted competition to its disadvantage.

The Commission’s assessment of possible existence of aid focused on two issues: whether the non-profit organisations were performing economic activities and whether trade was affected.

With respect to the question whether the beneficiaries were undertakings, the Commission thought that they were undertakings because, regardless of their public mission, they made their facilities available to the general public against remuneration.

The Commission also found that despite the fact that the beneficiaries operated only in the Czech Republic and, most of them only at local level, the aid was likely to impact on trade through the renting of sport grounds, sale of sport equipment, services of professional trainers and restaurant services.

This reasoning suggests that the Czech authorities could have designed the measure to be limited only to certain activities that were certain not to affect trade and, consequently, they could have avoided to grant any State aid.

Assessment by the Commission: Compatibility of the State aid

With respect to the compatibility of the aid with the internal market, the Commission found that the positive effects of the aid outweighed the negative effects. The aid was in the common interest, it was necessary and proportional and it did not affect trade and distort competition to an undue extent. On the issue of distortion of competition in particular, the Commission stated the following:

“(91) […] the Commission considers that the activities performed in the sport facilities of the non-profit organisations is [sic] not a professional sport, but a non-profit making amateur sport for masses, schools or socially disadvantaged persons. The distortion of competition with commercial sport is also reduced by the fact that these sport facilities are in the first place used by their members.”

“(92) The Commission acknowledges that the operation of a sport facility of a non-profit organisation may lead to a loss of revenue for an existing private operator. However, private operators are unlikely to meet the public interest in the provision of affordable sport facilities. They have the possibility to offer more sophisticated services.”

In the paragraphs quoted above the Commission makes two assertions. First, it believes that there is no or there is only insignificant substitutability between facilities for professional sport and amateur sport. Second, it believes that private operators, just because they would seek to make profit, would not offer services at affordable process or better quality.

These assertions may be true, but they are unsubstantiated. For example, the fact that private operators can offer “more sophisticated services” does not in itself preclude them from offering more basic services at affordable prices. Casual observation would suggest that commercial gyms co-exist and compete rather vigorously with gyms operated by amateur clubs.

The important point to note, however, is that the Commission considers competition not to be distorted to an undue extent when the aid is granted to activities that target niche market segments or groups that are not well served by the market. This is likely to be both factually correct and significant for public authorities that wish to design measures that have the minimum possible impact on commercial activities. Such measures must explicitly target market gaps which, by definition, concern consumers and areas not served by the market or goods and services not supplied by the market.

It is also important to note that a measure that targets something not currently supplied by the market cannot be presumed not to have any effect at all on competition. If that were the case, the measure would either be useless and completely ineffective or would target a legal monopoly. In the former case, the aid would be unnecessary and in the latter case the public funding would not constitute State aid. The purpose of a well-designed aid measure is to induce market operators to change their behaviour. Therefore, the absence of market activity before the aid is granted is no valid reason for arguing that public funding will not distort competition after the aid is granted. Yet, public authorities make this elementary mistake quite often.

The judgment of the General Court

After considering the usual arguments in favour and against admissibility and concluding that the appeal was admissible, the General Court focused on the method by which the Commission concluded that the aid was compatible.

The Court accepted that Hamr-Sport was different from the aid beneficiaries because it sought to make profit and because it did not aim to provide access at affordable prices to the general public. [Paragraph 78]

The Court rejected the argument of Hamr-Sport that there was no background study that showed the need for the subsidies. The Court agreed with the Commission’s findings that the need for the aid was demonstrated by the existence of a funding gap for the projects, that without the aid, sports services could not be offered, that the non-profit organisations were committed to maintain the facilities for ten years and that they had to reinvest any profits into sport. [Paragraphs 58-60 & 81]

It should be recalled that although the existence of a funding gap does demonstrate the need for aid to a particular project, it does not prove that the aid measure as a whole is necessary. The sport needs of the Czech population did not necessarily coincide with the services of the subsidised facilities. More importantly, the requirements imposed by the Czech authorities on the beneficiaries did not prove the need for the aid. In this connection, the assessment of the Commission was not more than cursory. It noted its own past practice and mentioned that sport infrastructure was traditionally subsidised in the Czech Republic.

The Court also agreed with the Commission that the aid would likely have a very limited impact on cross-border trade. [Paragraph 84]

On the issue of potential distortion of competition, again the Court agreed with the Commission’s analysis that although there could be loss of revenue for Hamr-Sport, the aid beneficiaries offered services mostly to their own members who were in fact captive clients and therefore unlikely to turn to other service providers. [Paragraph 86]

On the basis of the above reasoning, the General Court dismissed the appeal.

This judgment leads to the following conclusions. First, the General Court endorses the balancing test and, by implication, the currently used methodology which is based on the common assessment principles.

Second, the Commission enjoys significant discretion in the application of these principles, especially those concerning the appraisal of the contribution of an aid measure to the common interest and of its impact on competition.

Third, the Commission is not expected to carry out a full market analysis to determine the relevant product and geographic market as it normally does in cases concerning, for example, Article 102 on abuse of dominance.

Fourth, and most importantly, aid measures that target consumers or citizens with particular needs and who are not adequately provided by the market will be found not to distort competition to an undue extent, even if there is some substitutability between the subsidised activities or services and similar activities or services supplied by the market on commercial terms.

[2] The text of the judgment, which at present exists only in French and Czech, can be accessed at: