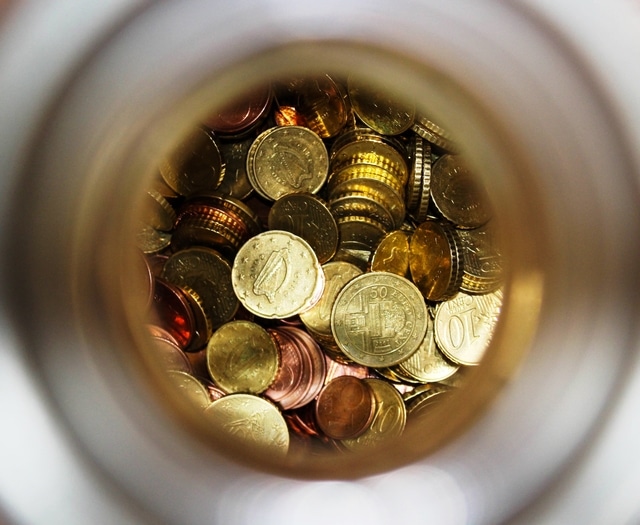 State aid may be granted to solvent banks which face temporary liquidity difficulties.

State aid rules have their own logic and are applied independently of other policy areas. However, in certain situations, the Commission enforces State aid rules in conjunction with linked provisions in other fields. A typical example is taxes levied on agricultural products to raise revenue to fund related activities such as marketing of agricultural products or research in particular animal or plant diseases. Another example is the granting of aid in the form of liquidity support to solvent banks or aid to facilitate the resolution of failing banks. The case which is reviewed in this article shows how the Commission ensures compliance with two sets of EU law: the State aid rules and the banking resolution rules.

In October 2016, Greece notified a measure which provided a State guarantee for a bond that was to be issued by Attica Bank in order to enable the Bank to improve its liquidity. The Commission approved it in decision SA.46558.[1] This measure was part of the broader State support for the stability of the Greek financial system.

The Bank provided banking and investment services in Greece to individuals and companies through a network of 68 branches. Its total assets amounted to €3.7 billion and it held deposits of €2 billion. It was incorporated in Greece and supervised by the Bank of Greece [which is the Greek Central Bank].

Although its non-performing assets were over 50%, its Tier I capital (equity) ratio was 18% which was much higher than the minimum required level of 8.5%. [The Tier I capital ratio is a bank’s core equity capital expressed as a percentage of its total risk-weighted assets.] The total equity of Attica Bank amounted to €681 million.

The State guarantee would cover a bond of a nominal amount of €380 million with a maturity of one year. The fee for the State guarantee was set at 99 basis points. The fee was determined on the basis of the Credit Default Swaps [CDS] spreads of a sample of representative European banks in the lowest rating grade (BBB and below).

Even though the capital ratio of the Bank was above the minimum level of 8.5% and, therefore, the Bank was solvent, the purpose of the bond was to raise extra funds to cover the Bank’s liquidity requirements in case of an adverse effect. The amount of needed funds was determined through stress tests carried out by the Bank of Greece and by the Single Supervisory Board of the EU. Because those stress tests revealed weaknesses that were made public, the Bank suffered a significant outflow of deposits. Total deposits dropped from €2.07 billion on 13 September 2016 to €1.87 billion on 3 October 2016. As a result, the Bank’s dependence on Emergency Liquidity Assistance [ELA], provided by the Greek Central Bank after approval by the European Central Bank, rose from €915 million on 13 September 2016 to  €1.12 billion on 3 October 2016. The State-guaranteed bond would be used as collateral for the ELA and other Eurosystem financing operations [ELA is provided by the ECB, or national central banks, only after collateral is pledged to which an appropriate “haircut” is applied].

“(18) i. To grant the guarantees only for new issuance of credit institutions‘ senior debt (subordinated debt is excluded);

iii. To determine the minimum level of State guarantee remuneration in line with the formula set out in the Commission’s Communication on the application, from 1 January 2012, of State aid rules to support measures in favour of banks in the context of the financial crisis11;

vii. To impose an acquisition ban for the Bank, as long as the Bank is still benefitting from the State guarantee.”

Greece did not dispute that the measure contained State aid. The Bank did obtain an advantage because it received a guarantee which even though it was remunerated, it was priced at a level below market rates.

As an indication of what could be the appropriate premium, it is instructive to note that that the 2008 Commission Communication on Guarantees sets 80 basis points as a proxy for market-conform guarantee granted to an SME with credit rating of at least BBB. The riskiness of Attica Bank was higher than the BBB rating and therefore the premium of 99 basis points did not correspond to its real risk profile.

Moreover, the Annex of the 2013 Commission Communication on support for banks defines the guarantee premiums which are considered to be compatible State aid. In particular, it sets as a minimum acceptable premium a basic fee of 50 basis points to which another 40 basis points must be added for banks with credit rating of less than A-, i.e. a total of 90 basis points.

According to the 2013 Banking Communication, guarantee schemes may be used to provide liquidity to banks. However, such schemes should be limited to banks without a capital shortfall. Attica Bank was found to have a capital shortfall of €67 million under the adverse scenario of the stress tests. For this reason, Greece had to notify the bond guarantee to the Commission for individual authorisation. The Commission assessed its compatibility with Article 107(3)(b) TFEU according to the criteria that are set out in the 2013 Banking Communication.

The Commission first noted that at the end of June 2015 until the end of July 2015, the Greek government imposed a bank holiday [i.e. Greek banks were closed] to prevent deposit withdrawals and that since June 2015 Greece had put in place capital controls to prevent capital flight from Greece. However, after the re-opening of banks and the gradual relaxation of controls, Greek banks had experienced loss of deposits and consequently became increasingly dependent on ELA. In its decision, the Commission found that “(28) the measure is, therefore, necessary for strengthening the liquidity position of the Bank. Hence, the Commission finds that the measure aims at ensuring financial stability and, thus, remedying a serious disturbance in the Greek economy.”

According to the Commission’s decisional practice* any aid or scheme must comply with the following conditions:

“(33) The measure is appropriate to remedy a serious disturbance in the Greek economy. The objective of the measure is to strengthen the liquidity position of the Bank. The Commission observes that despite its capital position, the Bank is facing significant deposit outflows since mid-September 2016. The Commission observes that the latest negative media publicity has eroded confidence in the creditworthiness of the Bank, which resulted in difficulties in obtaining necessary funding on the financial markets. Hence, the provision of liquidity support to the Bank is an appropriate means to restore market confidence in the Bank. (34) The Commission notes that Greece has committed to grant guarantees only for new issuances of the Bank’s senior debt, as prescribed in point 59(a) of the 2013 Banking Communication.”

“(35) The Commission notes that Greece has limited the size of the measure to EUR 380 million and that the maturity of the State guaranteed bond is one year. The Commission has no reason to dispute the assessment of the Bank of Greece that this amount is well grounded from a conservative supervisory point of view, given the rapid deterioration of the liquidity position of the Bank over the two weeks preceding the notification as well as the size of its reliance on ELA and the remaining size of unencumbered ELA eligible collateral. (36) The Commission notes that Greece has committed to grant the guarantee only on a debt instrument with a maturity of one year, which complies with the requirements in points 59(b) and 60(b) of the 2013 Banking Communication. (37) Regarding the remuneration level, the Commission notes that the Bank of Greece calculated a fee of 99 basis points for the State guarantee on the basis of the CDS spreads of the sample of representative European banks in the lowest rating buckets (BBB and below). The Commission observes that, in line with point 59(c) of the 2013 Banking Communication, Greece has committed to follow the pricing and other conditions for State guarantees laid down in the 2011 Prolongation Communication which requires, in particular, the application of a pricing method based largely on market data.”

“(38) The Commission notes that Greece, in line with point 58 of the 2013 Banking Communication, has committed to submit a restructuring or a wind-down plan within two months, unless the aid is reimbursed within those two months. (39) Furthermore, the Commission notes that Greece has committed, in line with point 59(f) of the 2013 Banking Communication, to a number of behavioural safeguards such as a ban on advertisements referring to the State support and a ban on any aggressive commercial strategies which would not take place without the State support. Such safeguards help ensure that the Bank do not misuse the received State support to expand its activities.”

Article 32(4) of Directive 2014/59 requires that a financial institution is resolved when “extraordinary public financial support” [EPFS] is needed. EPFS means the provision of support that had it been granted by a Member State would be qualified as State aid. In other words, the purpose of intervention by Member States or EU institutions is to achieve a public policy objective rather than to make profit as a private investor.

The requirement for resolution is suspended when the aim is to remedy a serious disturbance in the economy of a Member State and preserve financial stability. In other words, the aided institution has a systemic significance. In this case, the EPFS is allowed only when it is granted in specific forms such as a State guarantee of newly issued liabilities.

This kind of State guarantee must be confined to solvent institutions and must be compliant with State aid rules. It follows that a State guarantee “must be proportionate to remedy the consequences of the serious disturbance”. In addition, it must not be used to offset losses that the institution has incurred or is likely to incur in the near future.

The Commission, in paragraph 46 of its decision, noted that Attica Bank was considered to be a solvent institution which, however, experienced temporary liquidity stress. The guarantee was temporary, since its maturity was one year, and was precautionary, since it only covered newly issued liabilities. The guarantee would not be used to offset losses and, the Commission concluded, that it would also be “proportionate to remedy the consequences of the serious disturbance, as explained in recital (33)”.

Interestingly, recital (33) referred to the “appropriateness” of aid, not its proportionality. Nonetheless, the Commission concluded that the aid did not violate the intrinsically linked provisions of Directive 2014/59 and, therefore, it was compatible with the internal market.

Directive 2014/59: Objectives, conditions and principles of resolution of financial institutions

(a) the institution is failing or is likely to fail;

(b) there is no reasonable prospect that any alternative private sector measures would prevent failure;

(c) a resolution action is necessary in the public interest.

(a) the institution has incurred or is likely to incur losses that will deplete all or a significant amount of its own funds;

(b) the assets of the institution are or will be less than its liabilities;

(c) the institution is or will be unable to pay its debts or other liabilities;

(i) a State guarantee to back liquidity facilities provided by central banks according to the central banks’ conditions;

(ii) a State guarantee of newly issued liabilities; or

(iii) an injection of own funds or purchase of capital instruments at prices and on terms that do not confer an advantage upon the institution.

In each of the cases mentioned in points (d)(i), (ii) and (iii) above, the guarantee or equivalent measures are confined to solvent institutions and be conditional on approval under the EU state aid framework.

[Article 33 refers to the conditions for resolution of holding companies]