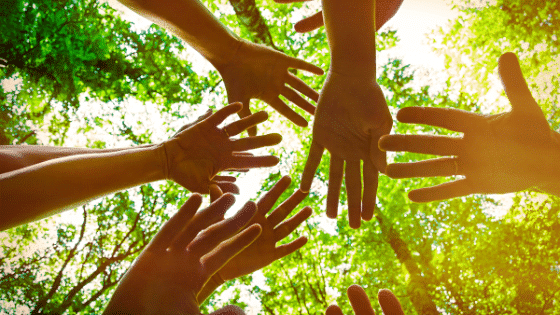 In the landmark judgment in Leipzig Halle, the General Court stated that infrastructure which is inseparable from economic activity is itself economic and its public funding can fall in principle within the scope of Article 107(1) TFEU. The Court of Justice has confirmed this principle. On 12 September 2013, the General Court in its judgment in case T-347/09, Germany v Commission, also relied on the concept of inseparability to determine, however, whether certain economic activities could be considered instead to be non-economic because they were inextricably linked to non-economic activities. This is the mirror image of the principle in Leipzig Halle.

The case was an appeal brought by Germany against Commission Decision NN 8/2009 concerning public land that Germany had transferred for free to environmental organisations.[1] The mission of these organisations was preservation of natural heritage and prevention of environmental pollution. They carried out primarily non-economic activities whose public funding did not constitute State aid. The Court used the concept of inseparability to determine whether other, secondary activities could also be classified as non-economic in order to establish whether the State resources they received also fell out of the scope of Article 107(1).

In addition, Germany argued that the funding of the organisations in question was not State aid because it satisfied the Altmark criteria according to which public funding of public service obligations is not State aid. The judgment is also interesting because it sheds light on the perplexing issue of how the selection of undertakings can remove any advantage they may enjoy from public funds which are put at their disposal in the process carrying out obligations imposed by the State.

Nature of the activities of the environmental organisations

The General Court began its examination of the first plea – that the environmental organisations were not undertakings – by reiterating established case law that any entity, irrespective of legal status, is an undertaking to the extent that it carries out economic activity. It then went on to explain in paragraph 29 of the judgment that “in so far as a public entity engages in an economic activity that can be dissociated from the exercise of its public powers, the entity, in respect of this activity, is as an undertaking, while if that economic activity is inseparable from the exercise of its public powers, all the activities of the entity remain activities related to the exercise of those powers”.[2]

The Court also recalled that in the case law it is not relevant whether an entity receives payment for its services. “The fact that a product or service provided by a public entity, relating to the exercise of its public powers, is provided against remuneration stipulated by law, and not determined, directly or indirectly, by that entity, is not enough by itself to qualify the activity as economic and the entity as an undertaking”. [paragraph 30]

The next step for the Court was to examine whether activities such as sale of timber, the issuing of hunting and fishing permits and tourism (so-called “secondary activities”) related to the “primary functions” of the environmental organisation or whether they fell outside the framework of environmental protection and would constitute activities of economic nature. [paragraph 34]

Although the environmental organisations were operating under guidelines issued by the German authorities, they were at liberty to develop revenue-generating activities on a small scale and as a secondary purpose. The German guidelines did not list exhaustively the tasks of the environmental organisations, which, as a result, enjoyed a certain discretion in determining their functions.

“By their secondary activities, including timber sales and hunting and fishing permits, organisations of environmental protection directly offer products and services on the market. The sectors such as agriculture, forestry, hunting, fishing and tourism function under market conditions and involve enterprises operating in a competitive environment and seeking to make a profit. In addition, such activities have not been and are not necessarily carried out by public authorities.” [paragraph 40]

The Court also observed that although secondary activities, such as the sale of hunting permits help protect the environment, they are not directly related to that task. “Thus, by offering goods and services in competitive markets, environmental organisations pursue a different objective that is separable from the exclusively social objective of protecting the environment. The exercise of ancillary activities cannot therefore be equated with the exercise of public powers by a public authority. Contrary to the claims of the Federal Republic of Germany, supported by the French Republic, the services provided by organisations of environmental protection do not constitute an indivisible whole.” [paragraph 41] Moreover, “secondary activities do not involve either requirements of solidarity.” [paragraph 42]

Therefore the Court concluded that “organisations of environmental protection should be considered as undertakings because they engage in economic activities, notwithstanding the fact that the supply of goods or services is made without profit, since they compete with profit-seeking operators”. [paragraph 43]

The Court recognised that “certainly, environmental requirements and, if applicable, the status of organisations protecting the environment can make [their] services less competitive than comparable services provided by other operators not subject to such obligations.” However, it still considered that this “fact does not prevent the secondary activities from being considered as economic.” [paragraph 44] The implication of this conclusion is that the mere fact that a public authority imposes costly obligations on an entity is not sufficient to “convert” it to a non-economic entity and remove it from the scope of application of Article 107(1). Either it must not carry out any economic activity at all or any compensation for the costs of the obligations must satisfy the Altmark criteria.[3]

Presence of advantage and Altmark

The Court also considered whether in principle the organisations could obtain an advantage from the free transfer of land and whether in practice they actually enjoyed such an advantage, bearing in mind the other obligations that had been imposed on them.

The Court first observed that “the advantage to the organisations of environmental protection is in the provision of free land for commercial exploitation. … The beneficiaries of the measures in question are active in economic sectors such as forestry, tourism, hunting and fishing, which are competitive markets where intra-EU trade takes place. … The measures favour the organisations of environmental protection compared to other undertakings operating in the same sectors and which would invest in land in order to carry out the same economic activities. As follows from the case-law …, it is the effect on the market which is decisive for the application of competition rules in the context of State aid. Indeed, the need to take into account the requirements of the protection of the environment, … does not justify the exclusion of selective measures such as the present measure from the scope of Article 107(1) TFEU”. [paragraphs 69-70]

After establishing that environmental organisations could in principle obtain an advantage, it examined the question whether the Altmark test was satisfied and whether as a result of the specific obligations imposed by Germany, the organisations did not in practice enjoy an advantage.

When the Commission had considered whether the fourth Altmark criterion was satisfied, it concluded as follows in its own decision:[4]

“(65) Under the notified measures, the conservation organisations are selected in an open and transparent public procedure. However, the bidding process is not based on the lowest price of the services, or on the most economically advantageous offer, but rather on the qualifications of the organizations and – only for the nature conservation projects – on the environmental merits of the projects. The amount of compensation is therefore not fixed as a result of a bidding process, contrary to what the Altmark case-law requires, and the system does not ensure that the services will be provided at the least cost for the State. Even though the German authorities have assured that, in the event of two organizations presenting offers for the same project, the more economic of the two offers would be selected, this possibility seems purely theoretical (since projects will typically be different) and would in any event only cover a fraction of projects. The amount of compensation is not fixed through benchmarking, either. Therefore, the conclusion must be drawn that the fourth Altmark condition is not fulfilled, and therefore the Altmark case-law cannot be relied upon to classify the measures as non-aid.”

The Court accepted the assessment of the Commission. The Court also found that “the secondary activities … must be considered as compensation, since their revenue normally subsidises the budget of environmental organisations which they would otherwise be required to seek support in the form of donations, despite the fact that these organisations do not retain any benefits.” [paragraph 86]

The Court was of the view that the obligation to keep separate accounts for the different activities together with the other conditions imposed were not sufficient for the purpose of excluding the possibility of excessive compensation and profit. The Court stressed that the need for cross-subsidies or the fixing of low prices did not guarantee selection of the provider with lowest cost to the community. [paragraph 87]

The selection of undertakings on which the state imposes public service obligations, it must be competitive in the sense that either the cheapest or the economically most advantageous can be chosen. Keeping separate accounts, low prices or avoiding profit is not enough. This is because an undertaking can be inefficient (having high costs) and still remain in the market due to the compensation it receives from the state. This compensation is still State aid even if it merely covers its costs without enabling it to generate any profits. Competitive selection would presumably lead to the funding of only the most efficient operator and for this reason the compensation provided by the State would be the smallest possible and would not constitute an advantaged that the chosen undertaking would not be able to obtain under normal market conditions.

[2] The languages of the judgment are French and German. The English translation is mine and therefore it cannot be considered to be authoritative.

[3] A third possibility, which in fact is a variation of the first, and which is well-known from the decisional practice of the Commission regarding research organisations, is that public funding of non-economic activities must be for costs which are completely separate from those of economic activities and does not affect in any way such economic activities.

[4] The text of the Commission Decision can be accessed at: