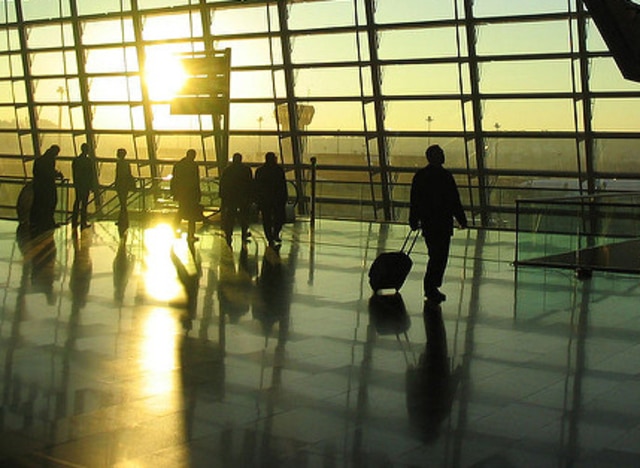 The European Commission may withdraw a decision, but before it adopts a new decision it must give an opportunity to interested parties to submit their comments, especially, if it changes the legal basis of the assessment of the compatibility of the aid.

The most frequent reasons for which the Commission finds aid to be incompatible with the internal market are the following:

It is rare for the Commission to find that the aid does not support an objective of common interest. During the past decade I counted just three cases: two involving airports and one concerning a test track for high-speed trains.

One of the airports was Gdynia airport in Poland’s Pomerania region. Poland, the municipalities concerned and the airport operators appealed against Commission decision 2015/1586 which ordered Poland to recover the aid.[1] On 17 November 2017, the General Court ruled on that appeal [case T-263/15, Gmina Miasto Gdynia and Port Lotniczy Gdynia Kosakowov v European Commission].[2]

Gmina Miasto Gdynia [Gdynia] and Gmina Kosakowo [Kosakowo] are the two Polish municipalities which together established and owned 100% of Port Lotniczy Gdynia Kosakowo [PLGK], the airport operator. PLGK was established for the purpose of converting the Gdynia-Oksywie military airport to civilian use.

In September 2012, Poland notified to the Commission the project for the development of the Gdynia-Oksywie military airport. In May 2013, the Commission informed Poland that it considered the measure to constitute illegal aid because most of the funding had already been irrevocably granted. The Commission proceeded, a couple of months later, to open the formal investigation procedure.

In February 2014, the Commission adopted decision 2014/883 in which it found the aid to be incompatible with the internal market and ordered its recovery. In February 2015, the Commission withdrew decision 2014/883 and replaced it with decision 2015/1586 [OJ 2015 L 250, p.165] because it realised that certain investments did not constitute state aid as they were for non-economic activities [construction of buildings to house personnel for the following services: fire-fighting, customs, airport security, police and border control].

Change in the legal basis

The applicants put forth numerous pleas, but the General Court focused its analysis on the plea that alleged that the Commission adopted its decision by arbitrarily changing the legal basis of its assessment. The applicants also disputed the procedure for the withdrawal of decision 2014/883 and its replacement by decision 2015/1586 and claimed that the Commission should have reopened the formal investigation procedure.

The Court recalled that the Commission is not required to reopen the formal procedure when it is able to adopt a new decision without needing new information. However, the Court also noted that the Commission should have given notice to the parties concerned to submit comments before adopting the new decision. [paragraphs 62-63 of the judgment] According to the Court, it follows from Article 108(2) and Article 1(h) of Regulation 659/1999 that the Commission has to make it possible for all interested parties to submit their observations. This is especially necessary when the legal basis is changed. [paragraph 65]

In the opening decision, the Commission considered that Gdynia airport was located in an Article 107(3)(a) area that was eligible for operating aid.

In this respect, the General Court agreed with PLGK and the Polish authorities that the Commission changed the legal basis for the assessment of the compatibility of operating aid. [paragraph 69]

The Court also noted that the 2014 aviation guidelines introduced new methods of assessment, namely the seven common assessment principles. The first of these principles requires that aid contributes to the achievement of a well-defined objective of common interest. In particular, operating aid has to improve mobility and connectivity or has to alleviate traffic congestion at airports. Moreover, the guidelines on regional aid allow operating aid only when it contributes to regional development and such aid remains proportionate to the handicaps it aims to remedy. [paragraphs 74-75]

The Court does not explain why these differences are significant and how they may impact on the conclusion reached by the Commission. Nonetheless, it considered that the rules applied by the Commission in the 2015 decision were substantially different from those used in the decision to open the formal investigation procedure and in the 2014 decision. [paragraph 78]

Failure to re-open the formal procedure

The Commission also argued that the incompatibility of the operating aid was connected to the fact that the investment aid was itself incompatible with the internal market. The General Court rejected that argument too on the grounds that that connection was not expressly provided in the guidelines. [paragraph 86]

It is true that in this case the Commission was a bit sloppy with the legal basis of the assessment of the compatibility of the aid. This, however, does not mean that the reasoning of the General Court is convincing in the sense that there were substantial differences between the various guidelines. Indeed, there are differences between guidelines. Although all guidelines are now based on the same approach, the elaboration of the common assessment principles differs from guideline to guideline. Hence, in theory one may argue that Member States have to use different reasoning, different data and different evidence to defend the aid they propose to grant. If the Commission changes the legal basis then Member States, the argument would go, would not be able to justify adequately their proposed aid.

These differences notwithstanding, the General Court missed an important point. The Commission found that the aid for Gdynia airport was incompatible with the internal market because it financed duplicate and, therefore, unnecessary infrastructure. The nearby airport of Gdansk was not operating at full capacity and there was no need to build another airport. The General Court did not consider whether the phrasing differences in the regional aid guidelines and aviation guidelines would have made any difference to the finding of the Commission that the infrastructure did not serve a legitimate objective of public policy. Poland, wisely, did not argue that it was within its rights to waste its money.

What will happen now? The Commission will probably re-open the formal investigation procedure, fix the problem with the legal base of the assessment, address a number of other issues raised by the Court, such as the different analysis of operating and investment aid, and re-adopt the negative decision. It is rather inconceivable that the Commission will concede that aid for redundant infrastructure is compatible with the internal market.

[2] The full text of the judgment, in French and Polish, can be accessed at: