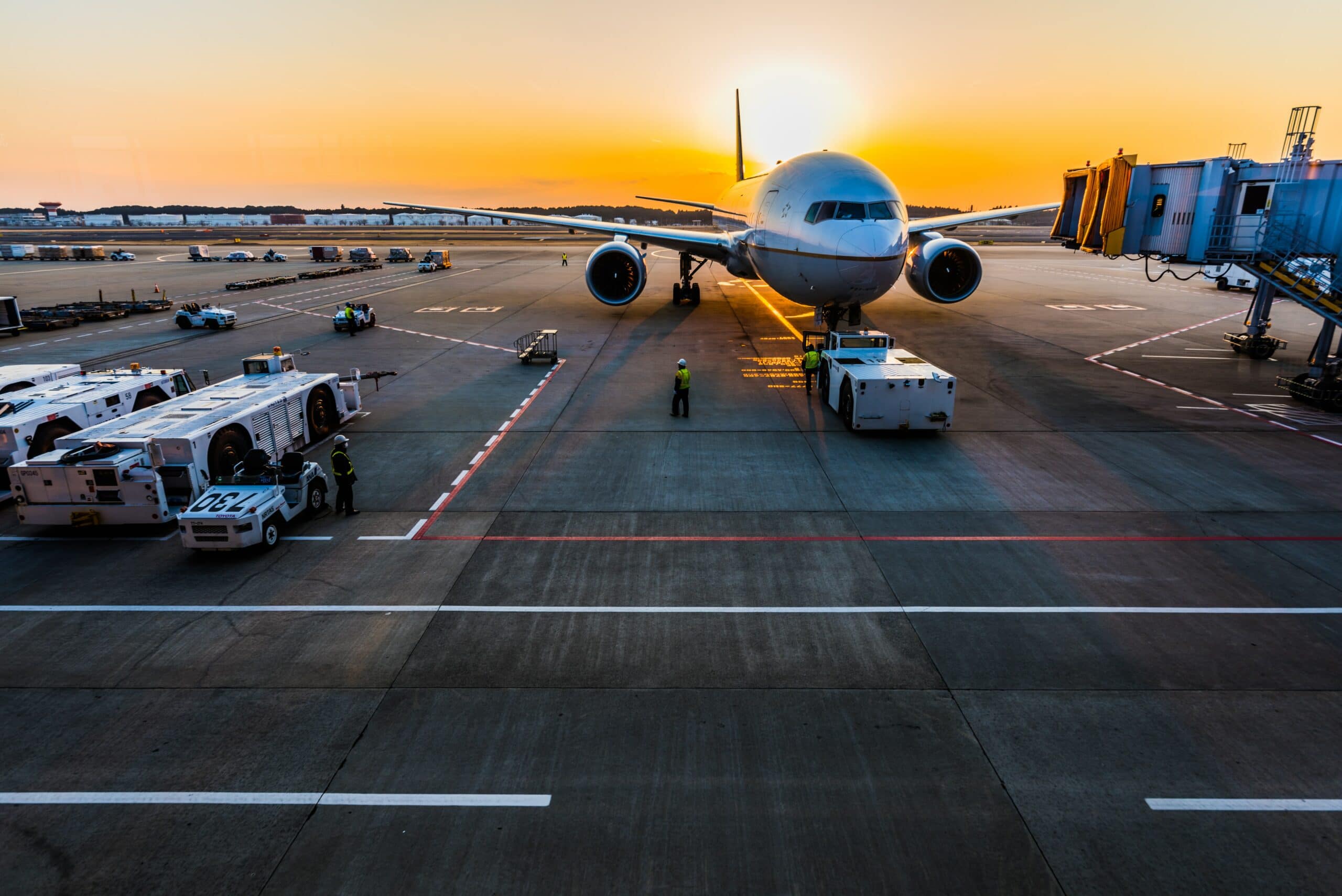 For investment aid to the operator of an airport to be considered as indirect aid to airlines, there must be an inseparable link between the aid and beneficiary airlines. For a competitor to claim that it is harmed by State aid, it must prove that its position in the relevant market is substantially affected. Ensuring that the costs of public service providers do not exceed historic benchmarks or the average of a sample of companies does not satisfy the fourth Altmark condition.

Air France appealed against Commission decision 2016/1698 which dealt with a complaint lodged by Air France alleging that State aid had been granted to Marseille Provence airport and Ryanair. While the Commission found that the airport had indeed received investment aid, which was compatible with the internal market, it concluded that the agreement between the airport and Ryanair conformed with the market economy operator test [MEOP]. The revenue from landing charges plus the non-aeronautical revenue exceeded the incremental costs of the airport.

“(38) In addition, the criterion of an effect on competition and intra-Community trade was assessed only in relation to the CCIMP. The Commission found in that regard that ‘as the operator of Marseille Provence Airport, the CCIMP [was] in competition with other airport platforms serving the same catchment area within 100 km or 60 minutes’. It also added that there was ‘competition between the airport operators responsible for operating those airports and, consequently, aid granted to the CCIMP [could] reinforce its position on that market’.”

Then the General Court proceeded to examine whether Ryanair benefited indirectly from the investment subsidy for the construction of terminal mp2.

The General Court found that there was no “(40) indissociable link between the investment subsidies granted to the CCIMP and Ryanair.” And that “(41) Ryanair was not given any priority regarding access to and use of Terminal mp2. That terminal was open to any interested airline without being reserved for one or more particular airlines.”

On these grounds, the General Court rejected the claim of Air France that there was a link between the investment subsidy and the use of the terminal.

The next plea of Air France was that it was harmed by the measures taken by the airport operator concerning the passenger charges specific to Terminal mp2 and by the marketing agreement with Ryanair – the so-called “AMS agreement”.

The General Court, first, observed that “(54) as regards the relevant market for which it is necessary to analyse the effect of the measures at issue, it must be held that, even though, first, those measures only concern Terminal mp2 …, the applicant and Ryanair use Terminals mp1 and mp2, in general, the destinations served by the various airlines using that airport are not in principle reserved for one or the other of those two terminals. Consequently … the effect of the measures at issue must be examined in the light of all the routes operated from and to that airport, irrespective of the terminal used.”

“(55) Next, … the applicant must demonstrate that its competitive position on the relevant market is substantially affected by the measures forming the subject matter of the contested decision.”

“(56) Finally, … It is for the applicant alone to indicate adequately why the measures forming the subject matter of the contested decision are liable to adversely affect its legitimate interests by seriously jeopardising its position on the market in question”.

“(57) In that regard, it must be held that, …, the applicant has not adduced evidence to permit the conclusion that its competitive position was substantially affected on that market by the passenger charges specific to Terminal mp2 or by the AMS agreement.”

In this connection, the General Court pointed in paragraphs 58-65 that:

The General Court also noted that “(66) a significant decline in turnover, appreciable financial losses, a significant reduction in market share and the loss of an opportunity to make a profit may be possible indications of a substantial effect on a competitive position on the market of the competitor concerned […] In the present case, the applicant has not submitted precise and detailed figures establishing that the market share allegedly taken by Ryanair on the relevant market was the consequence of passenger charges specific to Terminal mp2 and of the AMS agreement.”

“(68) In those circumstances, the applicant’s claim that its competitive position on the relevant market was affected by the passenger charges specific to Terminal mp2 and the AMS agreement is not substantiated and does not permit a finding that it was individually affected. In particular, even if such measures can lead, as the applicant claims, to restriction of its activity on that market, it follows from all the foregoing that it has not adduced sufficient evidence to establish that its situation differs from that of the other operators in competition with Ryanair on that market, such as to affect it in the same way as the addressee of those measures.”

The General Court also rejected a study submitted by Air France showing that it was in competition with Ryanair on the grounds that the study did not prove that Ryanair obtained a competitive advantage from the airport charges linked to the use of terminal mp2.

Since none of the pleas of Air France were successful, the General Court dismissed the appeal in its entirety.

The applicants in the six cases that were adjudicated on 12 July 2019 appealed against Commission decision 2017/1470 which had found that subsidies granted to bus operators in the Île de France region could not be categorised as public service compensation [PSC] in the meaning of Article 106(2) TFEU and the 2012 SGEI package.

Instead, the Commission assessed their compatibility with the internal market as investment subsidies and authorised them on the basis of Article 107(3)(c).[2] Because the six judgments are very similar, some of them are not considered here. In addition, because they do not all raise novel or interesting questions, only selected issues are reviewed. None of the judgments exists in English.

One of the pleas was that the PSC did not constitute State aid because it conformed with the Altmark conditions. In its decision, the Commission found that although all subsidies impose obligations on their recipients, the subsidies granted to bus operators did not satisfy either the first Altmark condition or the fourth Altmark condition.

As is well known, the first Altmark condition requires that a well-defined obligation to offer specific services is imposed on the beneficiary. The fourth Altmark condition stipulates that the operator must be chosen either through a competitive procedure or to be shown to be well-managed and adequately equipped.

With respect to the fourth Altmark condition the Commission noted that the French authorities did not choose the operators on the basis of a competitive procedure but instead they had carried out a meticulous analysis of the costs of the operators and ensured that those costs did not deviate from previous tenders. In addition, the French authorities used as benchmark indicators of the performance of a sample of operators to which contracts had been awarded through competitive tenders.

Furthermore, the General Court observed that ex post checks whose purpose was to ensure the quality of service were not equivalent to the requirement of the fourth Altmark condition that the costs of the operator correspond to the average well-managed company. [paragraph 55]

The General Court also pointed out that, although the operators in the sample had won contracts, no information was provided by the French authorities on how the selection procedures for those operators had been organised and what kind of criteria had been used, which could demonstrate that they were well-managed and with costs that did not exceed the average in the industry. [paragraphs 60-63]

In case T-292/17, Île de France v Commission, the applicant argued that the measures in question were not selective. The General Court agreed with the Commission. [paragraphs 60-61 of the judgment][4]

In that same case [T-292/17], the applicant claimed that the measures were adopted in 1949 and therefore they had to be considered as existing aid.

The General Court rejected the claim that a 1949 act was the legal basis for the aid measures. It considered that a much later act adopted in 1994, and terminated in 2008, was the true legal basis. [paragraphs 74 & 79]

In case T-330/17, Ceobus v Commission, the applicant argued that the Commission wrongly considered that legal proceedings before a national court in 2004 had interrupted the ten-year limitation period.[5]

The Court rejected this argument and added that even if the Commission finds the aid to be compatible with the internal market, a national court must still request recovery of interest for the period of the illegality of the aid; i.e. the period from the date it was granted to the date it was declared compatible with the internal market. In addition, the Court reiterated that the ten-year period does not apply to national courts which are bound by the relevant provisions in national law. [paragraphs 74-80]

[4] The full text of the judgment can be accessed at:

[5] The full text of the judgment can be accessed at: