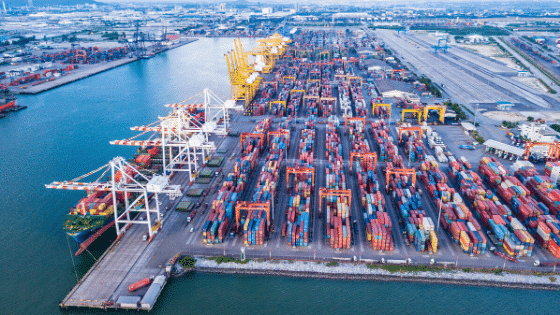 Competitive selection of the operator of an infrastructural facility normally eliminates State aid. However, modifications to the contract after the operator is selected may confer an advantage that constitutes State aid. Public funding that is calculated on the basis of the “funding gap” method ensures that the aid is necessary and proportional.
Introduction
Several recent articles in the blog have examined State aid to infrastructural projects such as ports, airports, stadiums and arenas. Although the analysis of the existence and compatibility of aid follows in all cases the same logic and is based on the same principles, each project has its own peculiarities. Sometimes, these peculiarities are so complex or unusual that it is difficult to understand their treatment by the Commission.In this article I review a Commission decision concerning a Sicilian port. The construction for the modernisation of the port and its subsequent management and operation were awarded to a concession holder for a long period. The concessionaire was selected on the basis of an open and non-discriminatory tender. After the award of the contract, the concession was extended for an even longer period. Yet, the calculations of investment costs and projected revenues were based on a much shorter period.

Commission Decision SA.36621[1] concerns a notification of investment aid to the Port of Capo D’Orlando in Sicily which is an area that qualifies for assistance under Article 107(3)(a) TFEU.

The objective of the investment is to upgrade and develop the port infrastructure and expand its facilities. The project is expected to create about 60 direct jobs and 400 indirect jobs.

Analysis based on the funding gap method indicates that the part of the investment related to the transport infrastructure has a negative NPV of EUR 13.18 million over a reference period of 25 years. The funding gap ratio, calculated as the ratio between the NPV and the discounted total cost of the project (EUR 26.38 million), amounts to 50%.

The owner of the land and the infrastructure is the Italian state. The concessionaire who will build and operate the port has been chosen on the basis of an open and non-discriminatory tender. The initial expected total cost of the investment was EUR 23.1 million, the duration of the concession contract was 40 years, and the contribution of the concessionaire to the investment costs was EUR 15.7 million, with an internal rate of return [IRR] of 11.4%.

Because, according to the Decision, unforeseen legal and regulatory changes raised investment costs by EUR 25.2 to EUR 48.3 million, the concession contract was extended to 60 years. The new IRR has dropped to 7.6% which is only slightly above the Weighted Average Cost of Capital [WACC] of the concessionaire.

The normal practice of the Commission is to examine whether State aid exists at three levels: owner, operator, users. Since the concessionaire will operate the port for 60 years, the Sicilian authorities which are the owners are not considered by the Commission to derive any advantage. The users are also not considered to derive an advantage because they will pay market fees. At any rate, the market fees will ensure that any advantage to the users is limited.

In relation to the operator, the position of the Commission is rather surprising. It correctly concludes that the tendering process cannot guarantee the absence of advantage because the concession contract was modified after it was awarded. However, it is silent on whether the modification is in compliance with EU public procurement rules. This is surprising because State aid that violates any other provisions of EU law cannot be declared to be compatible with the internal market.

The regional aid for the tourist infrastructure is compatible with the internal market because it contributes to job creation and the aid intensity is below the maximum allowable ceiling for that area which is 30%.

The aid for the transport infrastructure is assessed according to the common principle of compatibility and it too is found to be compatible with the internal market. The analysis is fairly standard and follows the lines of other similar decisions over the past couple of years, except the part that refers to the necessity and proportionality of the aid.

In relation to the necessity of aid, the Commission explains that “the part of the project which refers to transport activities has a funding gap/negative NPV of EUR 13.18 million over a reference period of 25 years, which shows that the net revenues to be derived over a period of 25 years do not remunerate the investment costs. The formula for the calculation of the funding gap takes into account the residual value of the infrastructure at the end of its economic life (considered to be 25 years), which is added to the operating revenues. Given the results of the funding gap analysis provided by the Italian authorities, it must be concluded that this part of the investment could not have been undertaken by a private investor without public support” [paragraph 55].

The problem with this statement is that the funding gap analysis concerns a period of 25 years while the concession is for the duration of 60 years. This hardly makes sense.

Indeed the Commission is aware of this problem because in the very next paragraph it tries to justify its views as follows. “In the present case, moreover the duration of the concession is more than two times the economic life of the project on which the funding gap analysis is based. It could be argued therefore that revenues that the concessionaire is supposed to obtain after 25 years could put into question the necessity for the aid. However, the Commission believes that due to the high degree of uncertainty surrounding any financial forecast over such a long period of time, it is very unlikely that any private investor would have accepted to make an investment whose profitability prospects can be realised only several years after the estimated economic life of the infrastructure.”

This statement is correct. But it does not solve the problem of why the Italian authorities grant State aid which ensures that the project is profitable in the first 25-year period and then on top of that make the port freely and exclusively available to the concessionaire for an additional period of 35 years!

Moreover, the Commission fails to consider whether the concession contract created a liability for the Sicilian authorities in case of regulatory change. The concessionaire had already been chosen and presumably it was committed to the project. Did it also assume all the risks concerning changes in the regulations concerning port operations or were the Sicilian authorities obliged to indemnify it in case of regulatory changes? On this point, the Commission Decision is silent, but it is an important issue that can determine the presence or absence of incentive effect.

In relation to the proportionality of the aid, the Commission notes that the public funding of the project accounts for 49% of the investment costs while the funding gap ratio identified for the project is 50%. It concludes that it is in line with the practice of the Commission. [paragraphs 58-59]

This is a Decision with gaps in reasoning and explanation. It confirms the use of the funding gap method for determining the necessity and proportionality of State aid for infrastructural projects. However, it does not explain why modifications to the concession contract after it was awarded had no impact on the compatibility of the aid.

[1] The full text of the Commission Decision can be accessed at:

[2] The figures in this article are adjusted downwards to take account of EUR 0.22 million intended for works that fall within the formal remit of the state carrying out its official duties. These works are not economic in nature and their public funding does not constitute State aid. See paragraphs 36-39 of the Decision.