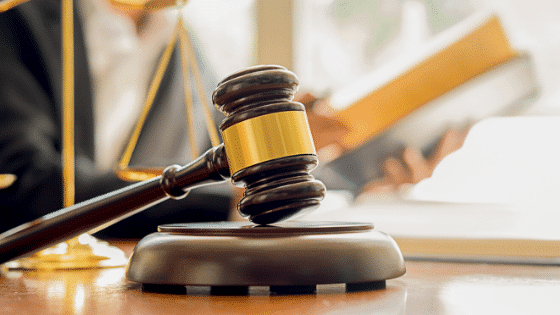 Unlimited state guarantees are never compatible with the internal market. The existence of an unlimited guarantee and its benefits can be inferred from the relevant legal context in which the state assumes certain obligations towards creditors. The Commission may impose both structural and behavioural remedies on recipients of restructuring aid These remedies may cover sectors other than the main sector in which the aid recipient operates Remedies may extend beyond the period in which the restructuring plan is implemented
Introduction
This article reviews two recent judgments. The first deals with unlimited state guarantees that were implicitly granted to the French post office. The second judgment highlights the powers of the Commission in determining the conditions that must be accepted by recipients of restructuring aid.Unlimited guarantees, T‑154/10, France v Commission[1]

On 3 April 2014, the Court of Justice of the European Union, in case C‑559/12 P France v Commission, dismissed a French appeal against the earlier judgment of the General Court of September 2012 in case T‑154/10, France v Commission. In that case, the General Court upheld Commission Decision 2010/605 in which the Commission declared that, first, unlimited state guarantees in favour of La Poste were State aid and, second, that the aid was incompatible with the internal market.

La Poste was deemed to have legal status equivalent to an establishment of an industrial and commercial character (établissement public à caractère industriel et commercial) (‘EPIC’). In French administrative law, EPICs are legal entities governed by public law which have distinct legal personality from the state, financial independence and certain special powers, including the performance of one or more public service tasks. The status of EPIC entails the inapplicability of the normal insolvency and bankruptcy procedures.

The Commission argued in its Decision that La Poste derived the following three benefits, two direct and one indirect, from an unlimited state guarantee that was implicit in the inapplicability of the normal insolvency procedures. First, a creditor of La Poste would be sure that its claim would be repaid if La Post were to be in financial difficulty and unable to meet its debts. Second, even if creditors of an EPIC did not succeed in obtaining settlement of their claim, they still had a guarantee that their unpaid claims would not be cancelled. In order to ensure continuity of the public service mandate, the rights and obligations of La Poste were always transferred to another legal entity governed by public law. Third, because of these guarantees, La Poste enjoyed higher credit ratings and, consequently, incurred lower funding costs whenever it obtained credit from third parties.

With respect to the existence of the guarantee, the General Court stated that “the nature of the evidence the Commission must adduce depends, to a large extent, on the nature of the State measure at issue”, and that proof of the existence of an implied State guarantee “may be inferred from a bundle of converging facts having a certain degree of reliability and coherence, taken inter alia from an interpretation of the relevant provisions of national law and, in particular, be inferred from the legal effects flowing from the legal status of the recipient undertaking” [paragraph 120].

With regard to the existence of advantage, the General Court held that the Commission had adduced sufficient evidence in order to establish that that guarantee constituted an advantage, since the Commission was not required to demonstrate the actual effects of the measure in question [paragraph 123]. “The actual effect of an advantage conferred by a State guarantee may be presumed” and that “such a guarantee enables the borrower to enjoy a lower interest rate or provide a lower level of security” [paragraph 124]. But the Commission may not presume that an undertaking obtains an advantage because it cannot be proven that it does not benefit from a state measure [this was termed “negative presumption” by the General Court].

The Court of Justice concurred with the ruling of the General Court. With respect to the first issue, that of the existence of a guarantee, the Court of Justice noted that “in order to prove the existence of such a guarantee, which does not result expressly from any legislative or contractual document, it is permissible for the Commission to rely on the method of a firm, precise and consistent body of evidence to determine whether there is, in domestic law, a real obligation on the State to use its own resources for the purposes of covering losses of an EPIC in default and therefore, in accordance with settled case-law, a sufficiently concrete economic risk of burdens on the State budget” [paragraph 65].

In relation to the second issue, that of the existence of advantage, the Court of Justice reiterated that “the concept of aid embraces not only positive benefits, but also measures which, in various forms, mitigate the charges which are normally included in the budget of an undertaking and which, therefore, without being subsidies in the strict sense of the word, are similar in character and have the same effect […] Also, State measures which, whatever their form, are likely directly or indirectly to favour certain undertakings or are to be regarded as an economic advantage which the recipient undertaking would not have obtained under normal market conditions, are regarded as aid”. “Since State measures take diverse forms and must be analysed in terms of their effects, it cannot be ruled out that advantages given in the form of a State guarantee can entail an additional burden on the State”[paragraphs 94-95].

A couple of years ago, in case C‑275/10 Residex [paragraph 39] the Court of Justice held that a borrower who had obtained a loan guaranteed by public authorities [in this case, the Municipality of Rotterdam] enjoyed an advantage because the financial cost that it incurred was lower than that which it would have borne if it had had to obtain that same financing and that same guarantee at market prices.

In view of these facts, the Court of Justice agreed with the General Court that “a simple presumption exists that the grant of an implied and unlimited State guarantee in favour of an undertaking which is not subject to the ordinary compulsory administration and winding-up procedures results in an improvement in its financial position through a reduction of charges which would normally encumber its budget.” Therefore, “it is sufficient for the Commission to establish the mere existence of that guarantee, without having to show the actual effects produced by it from the time that it is granted” [paragraphs 98-99]. The presumption of the existence of advantage is reinforce by the fact that the unlimited guarantee is granted “without something in return” and enables its recipient to obtain “more favourable credit terms”.

In 2009 the Dutch government injected capital in ABN AMRO which then merged with Fortis Bank as part of its restructuring which was necessitated by the financial crisis. The Commission, in Decision 2011/823, approved the injection, which was deemed to be State aid, and the merger. The approval was conditional on ABN AMRO complying with a ban on acquisition of other undertakings.

Normally, when the Commission authorises restructuring aid it also imposes “structural remedies” such as divestment or sale of assets to reduce the size or market share of the aid recipient. In this case ABN AMRO was objecting to the “behavioural remedies”. This kind of remedies is foreseen in Commission guidelines concerning aid to financial institutions. The case is significant because it is the first time that behavioural remedies imposed on financial institutions were contested before an EU court.

The General Court rejected all the pleas raised by ABN AMRO. The main elements of the judgment are as follows.

1. The acquisition ban does not necessarily apply only to competitors. It may extend to other, unrelated sectors. This is because State aid may make it easier for the recipient to offset the costs of acquiring firms in any sector.

3. The acquisition ban was a proportionate remedy because neither the Dutch authorities, nor ABN AMRO proposed any less onerous remedy that was acceptable to the Commission.

4. The acquisition ban did not discriminate against ABN AMRO by subjecting it to harsher remedies than those imposed on other financial institutions that had received State aid [e.g. Commerzbank, Lloyds, KBC, ING, Dexia, Royal Bank of Scotland, LBBW]. Each case is examined by the Commission on its own merits and, given the specific problems and particularities of each case, the Commission can justifiably impose different remedies [paragraphs 110–117 of the judgment]. This is a significant victory for the Commission who does not have to treat all banks equally.

5. The acquisition ban does not violate Article 345 TFEU which stipulates that the EU is neutral with respect to the systems of property ownership in the various Member States. In its Decision, the Commission Decision prohibited acquisitions as long as the Dutch government was a majority shareholder. The General Court accepted that the ban was linked to the existence of State aid, not to the mere fact that the Dutch state owned shares in ABN AMRO.