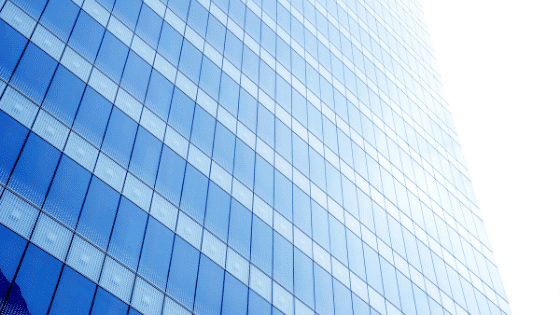 The Commission has wide discretion in assessing the compatibility of State aid with the internal market. Each case is assessed on its own merits and, therefore, the Commission is not bound by precedents or decisions on previous cases. Sale of shares held by public authorities may be required if divestment is necessary for long-term viability of aid beneficiary.
Introduction
Article 345 TFEU stipulates that “the Treaties shall in no way prejudice the rules in Member States governing the system of property ownership.” This has been interpreted to mean that Member States may own wholly or partially undertakings, including banks.In a decision approving restructuring aid to WestLB, a large financial institution in Germany, the Commission requested German public authorities and other state-controlled entities to divest their holdings in WestLB. Although this appeared to be contrary to Article 345, which is a fundamental Treaty provision, the Commission believed it was necessary because it thought that the problems facing WestLB were largely caused by its ownership structure and the fact that different shareholders had conflicting interests. If WestLB were to be put on sound footing, the ownership structure had to change. In its judgment of 17 July 2014, the General Court dealt with this and a number of other issues concerning the requirements in the guidelines on rescue and restructuring aid.

WestLB appealed against Commission Decision 2009/971 which approved restructuring aid of EUR 5 billion on condition that the public shareholders would sell their holdings in WestLB.[2] Although the aid was approved, WestLB objected to what it perceived as forced privatization. The main points of the judgment are the following.

The aid was approved on the basis of Article 107(3)(b) which allows aid for the purpose of remedying a serious disturbance in the economy of a Member State. WestLB argued that the Commission used extraneous criteria to determine the compatibility of aid. Indeed Article 107(3)(b) does not refer to “common interest” as Article 107(3)(c).

The General Court explained that the aim of remedying a serious disturbance cannot by itself make aid automatically compatible with the internal market. This is because aid that falls within Article 107(3) “may” be compatible with the internal market and the Commission has wide discretion to assess its compatibility. More importantly, the fact that Article 107(3)(b) does not contain the same condition as Article 107(3)(c), namely that “aid does not adversely affect trading conditions to an extent contrary to the common interest” does not entail, according to the General Court, that the Commission may not assess the impact of the aid on the relevant market or on the relevant markets in the EU. Therefore, Article 107(3)(b) does not prevent the Commission from making the authorisation of aid dependent on certain conditions. [paragraphs 182-186]

Discretion of the Commission

In relation to the compatibility assessment carried out by the Commission and the scope of its guidelines [this case, the rescue & restructuring (R&R) guidelines and the guidelines on aid to financial institutions], the General Court reiterated that

i) the Commission has wide discretion to carry out complex economic and social assessment [paragraph 183],

ii) the Commission may choose the criteria for determining the compatibility of aid and lay them down in guidelines [paragraph 191],

iii) the Commission may make authorization of aid conditional so as to minimize distortions of competition [paragraph 199], and

iv) the Commission may approve aid which is the minimum necessary for restructuring [paragraph 200].

Requirements in the R&R guidelines

First, the General Court observed that the Commission had also imposed more lenient conditions because the financial crisis and the debt of WestLB made it too difficult for WestLB to contribute at least 50% of its restructuring costs, as required by the R&R guidelines. [paragraph 212]

Second, the mere listing of cases and the outcome of the Commission assessment did not show the context and reasoning of the Commission. The requirement for the disposal of the public shareholding did not in itself prove that it was stricter in combination with the other conditions in the R&R guidelines. The conditions imposed by the Commission aim to ensure the viability of the aid beneficiary in the context of the relevant market and the problems encountered by the beneficiary. Indeed in a fragile market it may be necessary for the beneficiary to shrink and to change its ownership structure. [paragraphs 216-222]

More broadly, in order to allow restructuring aid, the Commission may impose two kinds of such conditions:

i) the restoration of the long-term viability of the aid recipient, and

ii) the minimization of distortion of competition. [paragraph 284]

WestLB argued that the aid did not affect trade, nor did it distort competition. The General Court reiterated well-established principles in the case law that the Commission did not have to prove that the aid had an actual effect but only a possible or foreseeable effect. Moreover, aid to a company that would have gone bankrupt without the aid necessarily distorts competition because it prevents its market share from being taken up by its competitors. The fact that the competitors may have also received aid does not influence the characterization of the restructuring measure as State aid. [paragraphs 247, 253 and 265]

The starting point of the analysis of this issue was the finding of the Commission that WestLB’s problems were caused by the pursuit of the wrong business model and therefore it had to change its business model to achieve long-term viability. However, its owners had conflicting objectives because the public shareholders wanted WestLB to pursue business objectives that were not in accordance with a new business model. Therefore, the Commission argued, the change in ownership was necessary for WestLB to be able to move in a new commercial direction and achieve long-term viability. The General Court agreed with the Commission on this point. [paragraphs 322-323]

Abuse of powers can only occur when an act has an objective which is different from its legal basis or when it deviates from an established procedure. [paragraph 372]

The General Court first clarified that although it was up to Member States to organise their systems of ownership as they wished, such systems were still bound by the fundamental principles of the Treaty [paragraph 387]. Since the competition rules are fundamental principles of the Treaty, Article 345 cannot restrict the concept of State aid and consequently it cannot limit the assessment of the Commission which is carried out on the basis of Article 107(3). It concluded that Article 345 could not prevent the Commission from insisting on the sale of an enterprise if this was necessary for its long-term survival. Nor, did the sale of publicly-held shares in WestLB affect the general system of ownership in Germany [paragraphs 388-391].