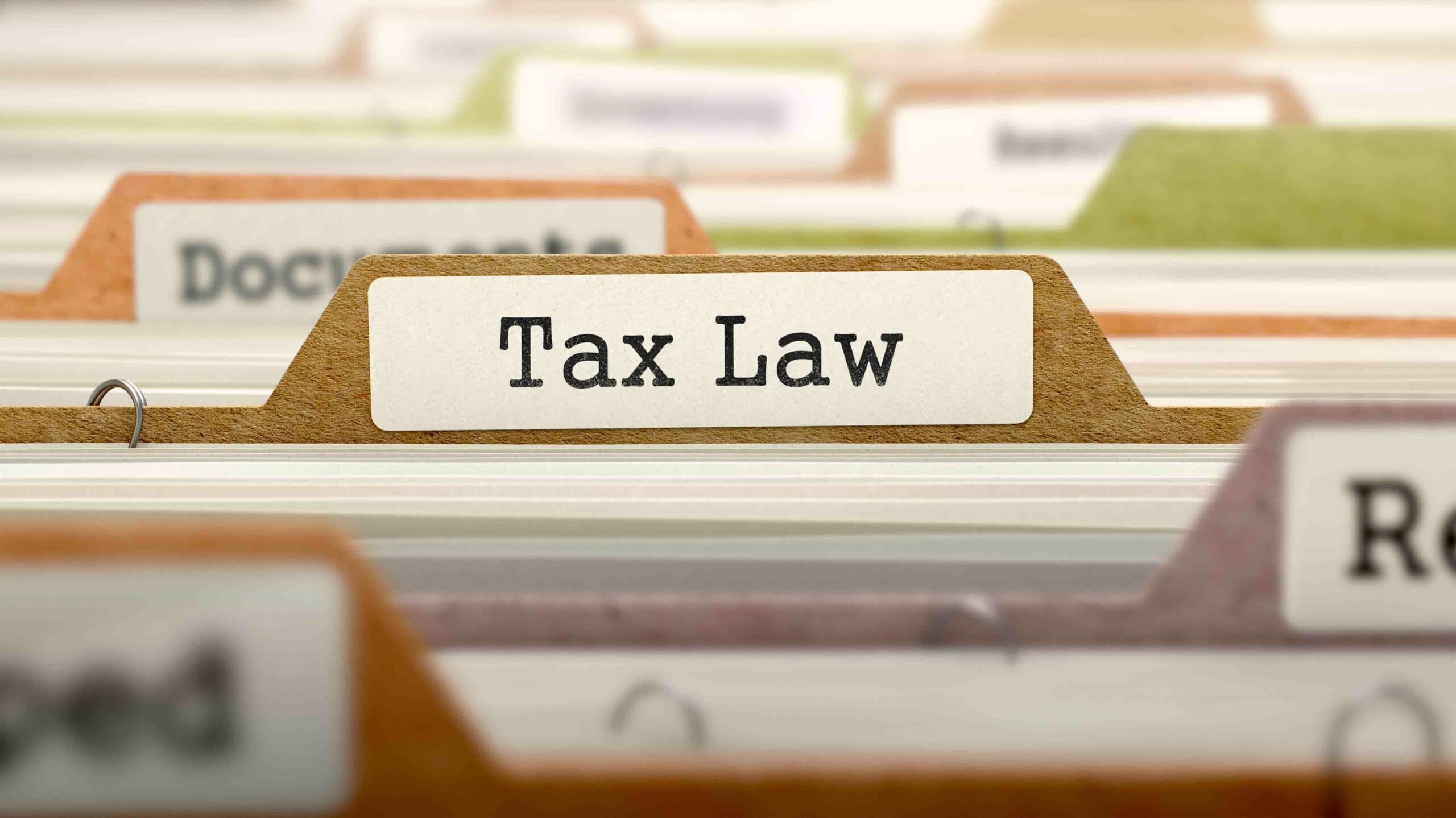 Interest in fiscal aid has been rekindled recently by two unrelated events. First, the Commission opened a number of investigations on the alleged special tax treatment accorded to multinational companies such as Apple and Starbucks. These investigations are believed to be almost completed and the Commission is expected to issue its decisions soon. Second, the General Court of the EU delivered a surprising judgment in a case concerning a certain tax deduction obtained by Spanish companies whenever they acquired companies abroad.[1] Although it was an exemption from the normal tax, and exemptions are almost always found to constitute State aid, the General Court concluded that it could be a general measure. The Court thought that the Commission failed to prove that the exemption was limited only to some companies.

The first step towards understanding the motives of Member States is to understand what in fact they do. An analysis of the data in DG Competition’s State aid Scoreboard reveals surprising differences across Member States.

The next section presents these data. The last section constructs a numerical example to determine whether a country should be providing grant aid or fiscal aid.

According to the State aid Scoreboard published annually by DG Competition, the Member States of the European Union provide aid primarily in the following forms: grants, tax exemptions or tax deferrals, low-interest loans, guarantees, equity injections and use of state assets or services at prices below market level. The two main forms are grants [accounting for about 55% of total aid] and fiscal aid [about 35%]. Because together they make up slightly more than 90% of all aid, Table 1 below does not include other forms of aid. Table 1 covers the ten-year period from 2004 to 2013, which is the latest year for which statistics are available. This period is chosen because 2004 was the year of the largest of the three recent enlargements of the EU.

With respect to grants, not surprisingly, the largest Member States provide more aid than the rest. Yet, even among the four largest Member States, there are significant differences. Germany of course is in the lead, given that it has the largest economy in Europe. The economies of France, Italy and the UK are roughly the same size. But France grants almost twice as much as Italy and Italy grants almost twice as much as the UK. There are also surprising differences among smaller countries. For example, Denmark accounts for 5% of all grants which puts it at the same level as Poland whose economy is 60% larger. [In bold are Member States with shares exceeding 5%.]

The column of grants can serve as a benchmark to appreciate the variations among Member States with respect to fiscal aid. Fiscal aid is broken down in tax exemptions and tax deferrals, as presented by DG Competition in its Scoreboard. When it comes to tax exemptions, the dominance of Germany is even more pronounced. Germany and France alone account for more than 50% of all aid in the form of tax exemptions in the decade 2004-13. There is also the appearance of Sweden and the UK in the top four. Sweden which provides a mere 1% of grant aid, when it comes to tax exemptions it jumps to third place with a tenfold increase.

The last column on tax deferrals also contains a few surprises. The top four countries are now Italy, the Netherlands, Romania and the UK. Italy and the Netherlands together have a share that exceeds 65% of the EU total. The presence of Romania in the top four is also perplexing.

What are the consequences of providing fiscal aid?

First it is necessary to understand how fiscal aid is provided. All aid, in any form, must be approved before the eligible project or activity starts. But normally, the money is actually given to the eligible undertaking at a later stage. Unlike a grant which, as a matter of standard practice, is normally transferred to an undertaking when the eligible project or activity is completed, fiscal aid is made available not just on completion of a project or activity but when the undertaking closes its accounts at the end of the financial year. The provision of fiscal aid requires assessment and decisions by two different authorities: the granting authority and the tax authority. The granting authority first assesses whether the proposed project or activity is eligible for aid. Then it furnishes the aid beneficiary with confirmation that it can receive at the end of the fiscal year an amount of aid in the form of exemption or reduction from a tax which is normally the corporate tax. That is, fiscal aid is in reality a tax credit that can be used at a point in the future. When the beneficiary closes its accounts, after completion of the eligible project, and the tax authority calculates its taxable income, if the beneficiary makes profit, the amount of tax credit is subtracted from its tax liability. A simple example can illuminate this process.

Assume that a company proposes to carry out a project that requires up-front investment of 100. The operating cost of the project over its lifetime is 50. That is, its total cost is 150. The projected revenue is 130. This means that the project faces a deficit [or funding gap] of 20. No rational investor would invest in a loss-making project. This means that aid is necessary and has an incentive effect. Also assume that the project is proposed to be carried out in a region that is eligible for investment aid at a rate of 30%. In this case, the amount of aid is 30. In addition, assume that the company is liable for corporate tax or profit tax at a rate of 25%.

The company receives 30 when it invests 100. Its operating costs over the life of the project [assume that all numbers are discounted to year 1] are 150 [= 100 + 50], while its operating revenue is 130. Its profit is 10 [= 130 – (150 + 30)]. With the aid of 30 it receives, the project becomes profitable. With the aid, the gross profit of the company becomes 10 and it is liable for 2.5 of tax which means that its after-tax profit is 7.5. If the aid had been granted in a fiscal form, the company would have received a tax credit equal to 30 that it would set against its future tax liability.

This example helps us to note a paradox. We have already assumed that the project without aid is loss-making. We need to make this assumption in order to ensure that the aid has an incentive effect. But under these conditions, any tax credit or tax exemption or tax deferral is useless!! It becomes useful only if the company makes profit. Indeed, the example above demonstrates that a tax credit of 30 does not help the company because without the grant it makes a loss of 20. Therefore, we must infer that a tax credit/exemption/deferral is useful only if the company has other sources of income so that it can set its tax credit from the project against its tax liability that arises from other income.

The paradox is that if aid has an incentive effect [because the revenue from the project is insufficient to cover costs], a tax credit is useless. This means that, first, a tax credit is useful only if the beneficiary has other sources of income and, second, that fiscal aid necessarily links aided projects or activities with non-aided projects or activities. This linkage is not formal, but it is real in the sense that the beneficiary company must have other sources of income in the country that provides the tax credit.

When considering that one of the alleged motives of fiscal aid is the budget constraint [i.e. not enough budgetary resources], then it is indeed surprising why cash-strapped countries resort to fiscal aid which leaves the state budget with less money than in the case of outright grants.

There are significant differences among Member States in the use of fiscal aid. A handful of Member States account for the vast majority of the aid that is provided in fiscal form. Why this is so, it is not clear and should be the subject of future research.

More importantly, aid granted through fiscal instruments results in more profit for the beneficiary companies. Also, fiscal aid causes a net reduction in state resources in comparison to a situation where aid is provided in the form of grants. It is therefore, unclear why Member States provide fiscal aid instead of simple grants.