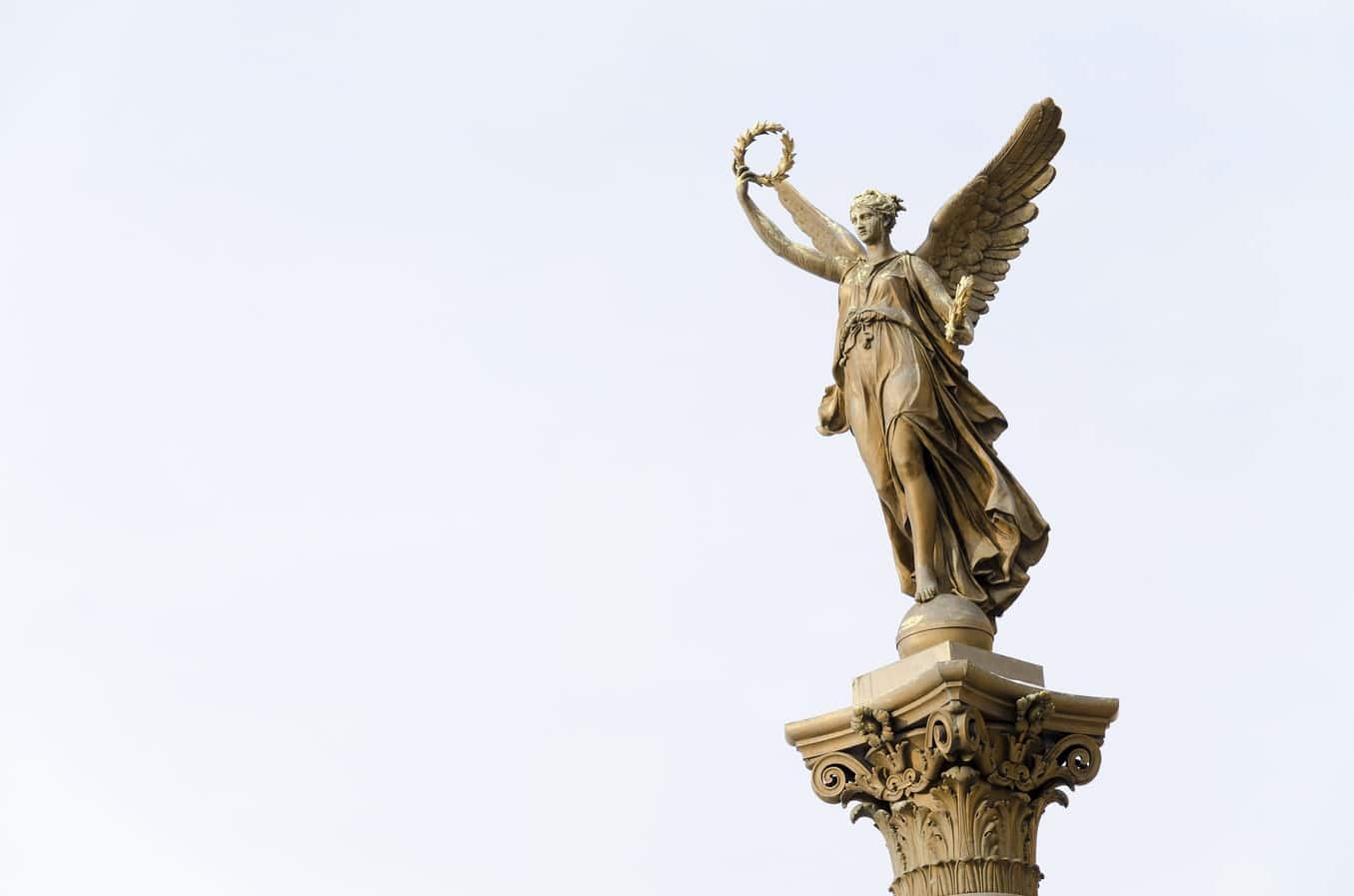 Two years ago (before Amazon became entangled in a patchwork of investigations by competition authorities), Reuters reported: ‘France files complaint against Amazon for abuse of dominant position’. The news report did not garner a lot of attention. More surprisingly, neither did the recent judgment of the Paris Commercial Court on the complaint. As the judgment offers insight into several pressing questions presented by platform competition in the digital economy, it deserves some discussion here.

The French Ministry’s complaint: an abuse of dominance-ish

As is inevitable when you compress a complex situation into one sentence, the Reuters headline lacked some precision. Most obviously, the complaint wasn’t exactly brought by ‘France’, but more specifically the French Ministry of Economic and Financial Affairs (and even more specifically, its Directorate-General for Competition, Consumption and Fraud Control). More importantly, the complaint didn’t accuse Amazon of ‘abusing its dominant position’, but rather of ‘subjecting of trying to subject trading partners to obligations that create a significant imbalance between the rights and obligations of the contracting parties’ (Article L442-6, I, 2° of the French Code of Commerce).*

Article L442-6, I, 2° fulfils a somewhat peculiar role in France’s regulation of anticompetitive practices, and thus requires some explanation. The provision goes back to Article 3 of Regulation 1/2003, which allows Member States to adopt and apply ‘stricter national laws which prohibit or sanction unilateral conduct engaged in by undertakings’. France made use of this opportunity through Article L420-2, which states that:

The abusive exploitation by one (or more) undertakings of the state of economic dependence in which its suppliers or customers find themselves is prohibited insofar as it can affect the functioning or structure of the market.

In other words, this Article prohibits abusing a position of relative dominance. One category of such abuse, according to the provision, consists in the ‘discriminatory practices referred to in Article L442-6’. This Article—found under the Code of Commerce heading ‘practices restrictive of competition’—contains a black list of unfair trading practices. One such practice is the aforementioned ‘subjection of trading partners to obligations that create a significant imbalance between the rights and obligations of the contracting parties’.

The Paris Court of Commerce hands Amazon a scorecard: 4/11

Now that we have an idea about the French legislative framework, let us take a look at the judgment (available in French). Given that private interests were at stake, the French Ministry—which acts as a quasi-prosecutor in these cases—lodged its complaint in a civil court: the Paris Court of Commerce. The court (largely) sided with the Ministry, finding that Amazon had subjected its trading partners to obligations that created a significant imbalance between their rights and obligations.

While the judgment primarily concerns the exploitation by Amazon of third-party sellers on its platform, it is worth noting that there is also an implicit exclusionary aspect to it. In the judgment’s introduction, for example, the court mentions the risk in having a platform operator decide on the ranking of third-party sellers while at the same time competing with those sellers by offering its own products. In its conclusion, the court further discusses how Amazon—inspired by third-party sellers—can start selling similar products, which it can then algorithmically preference over the products of those third-party sellers, e.g. through placement in the ‘Buy Box’. The court does not delve deeper into this, however, perhaps because such practices are subject to an investigation by the European Commission (see a previous CoRe Blog post).

The court does not establish Amazon’s dominant position per se, but—given the judgment’s legal basis—focuses on the power imbalance between third-party sellers and the platform. The court defines the market as that for B2C online sales and shows Amazon’s significance in that market, sometimes in a relative manner (e.g. its revenue being triple that of its nearest competitor), sometimes in the abstract (e.g. the amounts of sellers/products and visitors on its website). The court describes how Amazon, by virtue of indirect network effects, has grown into a ‘superstar’ firm or even quasi-gatekeeper that is inescapable for small third-party sellers, of which many don’t even have a website or physical store. The court attaches particular importance to the (not very precise) estimate that third-party sellers would lose 15-35% of their sales if they withdrew from the platform.

Having established the imbalance in power between Amazon and third-party sellers, the court goes on to check whether Amazon actually abuses that power by imposing significantly imbalanced contract clauses. The court starts by discarding some counterarguments by Amazon. For one, Amazon takes issue with the testimony of anonymous sellers, but that anonymity is justified, among others, by the sellers’ fear of retaliation. Amazon also argues that any imbalance would be in the interest of consumers, but the court replies that the primary beneficiary of imbalance is Amazon itself. The court notes in particular that many of the imbalances seem to be driven not by Amazon’s consumer focus, but rather by its wish to maximally automate its processes so it can minimize personnel costs.

Next, the court takes a closer look at 11 different clauses between Amazon and third-party sellers. The fact that these clauses are not negotiable is not a problem in itself. According to the court, such non-negotiability is inherent in the functioning of a marketplace hosting third-party sellers. The court also considers some of the clauses themselves justified. The fact that Amazon has wide discretion to annul transactions to combat credit card fraud, for example, is considered a standard practice that is necessary to protect consumers. More often than not, however, the court sides with the complainant: it finds that only 4 out of 11 clauses complained of do not create a significant imbalance at the expense of third-party sellers; the other 7 do.

Firstly, the court takes issue with a clause that gives Amazon the right to ‘amend any contractual provision … at any time and at its entire discretion’. It takes particular issue with the fact that Amazon is not even obliged to individually alert sellers of such amendments; they are simply posted on Seller Central (the main channel of communication between Amazon and third-party sellers). At the same time, the sanctions for not complying with amended provisions (which enter into force immediately) can be serious, including suspension of access to the website, termination of contract, and forced reimbursement of products already sold.

Secondly, the court finds a significant imbalance in the clauses regarding the suspension or termination of contracts. Amazon is allowed to suspend or terminate contracts at any time, with immediate effect, at its sole discretion, and by simple notification. As Amazon does not have to give any reason to justify such suspension/termination, it can effectively withdraw from the contract for any reason whatsoever. In most cases, according to the court, third-party sellers should not only be given a reason for the suspension/termination, but also a reasonable notice period to prepare for it.

The court finds various other types of clauses to be significantly imbalanced. Those include the ‘A to Z’ guarantee, which obliges sellers to reimburse customers even when it can be shown that their complaints are unjustified and even when they don’t return the products. The court also takes issue with parity clauses imposed by Amazon, which oblige sellers to offer their products on Amazon at conditions (e.g. regarding prices, customer support and shipping fees) that are equal to or better than those offered through other sales channels. Finally, the court considers exoneration clauses with regard to the ‘Fulfilled by Amazon’ service to be imbalanced.

The court concludes by describing how third-party sellers benefit greatly from access to Amazon’s marketplace, but that those benefits already have a price, namely the various commissions charged by Amazon. The court also repeats that the main beneficiary of Amazon’s policies is the company itself, and that sharing some of those benefits with consumers does not justify the imbalances in its relation with sellers. The court thus orders Amazon to modify the 7 infringing clauses. It also imposes a civil fine of €4 million, i.e. 80% of the statutory maximum of €5 million (although the court could have exceeded this limit proportionally to the gains from the infringement).

While the court’s judgment imposes fairly far-reaching modifications to Amazon’s contract with third-party sellers, it largely passed under the radar of the antitrust community. One reason could be that the judgment has to compete with a slew of other regulatory interventions concerning Amazon’s marketplace practices, which may limit the impact of this judgment.

Most importantly, the German Competition Authority (Bundeskartellamt) recently ended its investigation of Amazon by accepting concessions from the company (see a previous CoRe Blog post). Many of those concessions concern clauses scrutinized by the Paris Court of Commerce. For example, Amazon committed to alert third-party sellers of any change to its terms and give them a notice period of 15 days. The company will give a notice period of 30 days when it terminates contracts. These changes will also be implemented in France, as Amazon committed to adopting them worldwide.

Further, the EU Regulation on promoting fairness and transparency for business users of online intermediation services was recently adopted and will apply from 12 July 2020 (see a previous CoRe Blog post). Interestingly, Amazon argued before the court that this Regulation meant the judgment would be without object. However, the court noted the Regulation is ‘without prejudice to national rules which … prohibit or sanction unilateral conduct or unfair commercial practices, to the extent that the relevant aspects are not covered by this Regulation’. Some of the contractual modifications imposed by the court do seem to overlap (in part) with obligations in the Regulation.

Apart from its practical impact, the court’s judgment helps us gauge the potential of more restrictive national laws on unilateral practices. One the one hand, these laws offer the opportunity to target exploitative practices—an issue that the European Commission is not eager (and perhaps unfit) to tackle. In addition, reliance on such laws avoids the preliminary exercise of proving dominance, which can be especially difficult in platform markets. On the other hand, that dominance threshold sets an important limit to the competence of competition authorities—without it, overenforcement becomes a greater concern. And avoiding significant imbalances is important not only in contractual relations, but also when it comes to enforcement.