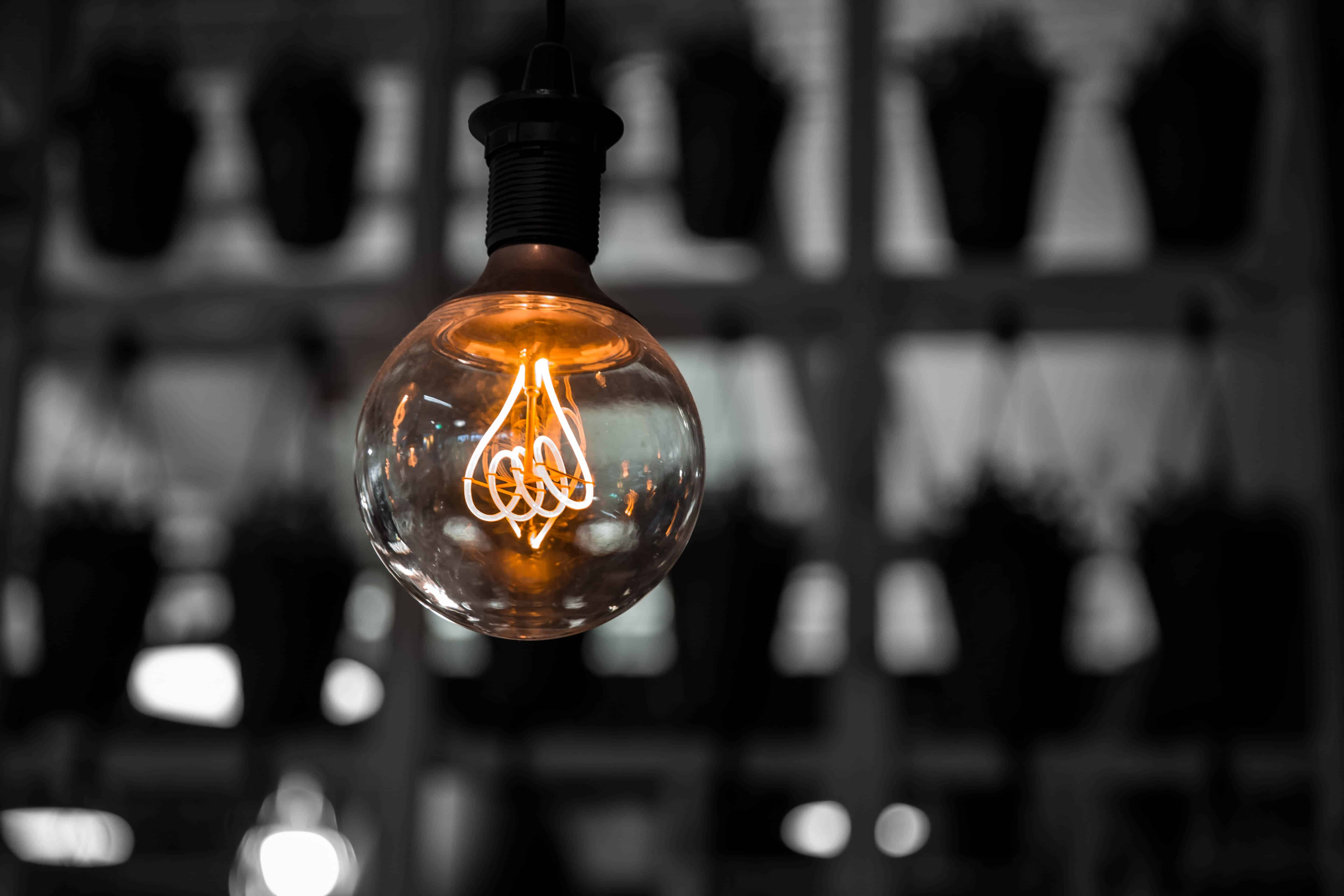 Private enforcement of competition law, particularly with regard to cartel damages claims, has been a highly debated topic since the seminal ECJ decision Courage v Crehan in 2001 (e.g. here and here). Together with the Netherlands and Germany, the UK is traditionally put forward as one of the main fora to introduce a damages action based on a competition law infringement. However, it was only on 9 October 2018 that the High Court of England and Wales delivered its decision in the BritNed v ABB case, the first follow-on cartel damages claim to reach final judgment in the UK. The judgment is a thought-provoking page-turner (198 pages long) that deals with the different challenges arising from private enforcement. This blog post focuses on how the High Court tries to handle the pitfalls, especially with respect to proving the damage and quantifying it.

The BritNed v ABB case is a classic example of a follow-on damages claim. On 2 April 2014 the European Commission found that eleven producers of (extra) high voltage submarine and underground power cables, amongst them ABB, had operated a market-sharing cartel between 1999 and 2009. The cartel consisted of producers from Europe, Japan and Korea. The EC imposed fines totalling €301 million. ABB, however, was granted a 100% reduction in accordance with the 2006 Leniency Notice. On 12 July 2018, the General Court dismissed an appeal by the Goldman Sachs Group, Inc. This parent company of one of the cartelists (Prysmian) was held liable on the presumption of having exercised decisive influence over that cartelist. The judgment in itself is worth reading as it provides insights into the (broad) concept of parental liability in the field of financial investments (see e.g. here).

The damages claim the High Court dealt with revolves around the BritNed Interconnector. As a company jointly owned by National Grid and TenneT (the operators of the UK and Dutch electricity grids), BritNed owns and operates a 1,000-megawatt capacity electricity submarine cable system that connects the Dutch and UK electricity systems. A core part of this Interconnector is the cable element, which was supplied by ABB within the timeframe of its participation in the Power Cables cartel. Consequently, BritNed decided to bring a torts claim against ABB for breach of statutory duty (object infringement of article 101 TFEU [and article 53 EEA Agreement]):

One of the core strengths of the BritNed v ABB case is the structured approach taken by Mr. Justice Marcus Smith. The judgment starts by outlining the English legal principles on statutory torts, emphasising the importance of actionable damage caused by the infringement. A clear distinction is made between the elements of the cause of action (which are subject to the balance of probabilities) and the quantification of damages (which is evidence driven and often requires a pragmatic “sound imagination” and “broad axe or brush”). Referring to the EC Practical Guide on Quantifying Harm, the judgment confirms that the impossibility to prove the exact amount of damage does not constitute a bar to compensation. Two other main conclusions are the following. Firstly, the judgment rightly decides that difficulties to assess the counterfactual scenario due to a variety of possible outcomes and the (practical) impossibility to collect evidence on the (hypothetical) price setting by competitors, are no reason to limit the scenario to what can be pragmatically reconstructed. Secondly, the judgment touches upon the rebuttable presumption that cartels cause harm, as introduced by article 17 (2) of the Damages Directive 2014/104/EU and paragraph 13 of Schedule 8A to the Competition Act 1998. It confirms that the presumption does not yet apply (as it is only applicable to cases that arose after March 2017) and rejects the argument that the principle of effectiveness would require such a presumption. Interestingly, many parallels can be drawn with the well-known Belgian judgments of the Brussels Chamber of Commerce in the Elevators and Escalators cartel (see here and here [Dutch] and here). Furthermore, Mr. Justice Smith seems to indirectly disagree with the rationale to introduce the presumption. He rightly points out that a presumption of harm, explicitly not covering the specific amount of harm, can hardly be justified on the basis that information asymmetries hamper the quantification exercise. He also emphasises the basic tort law principle that damage needs to be proven in concreto. Hence, reference to “a strong and sound basis in economics” is irrelevant if the economic analysis and facts at hand do not support the existence of damage. Finally, as this case shows, even when an overcharge is proven (or presumed), there is still a possibility that only a small portion of the damages claimed is awarded. It will be interesting to follow if and how the rebuttable presumption will influence future cartel damages claims.

The following part evaluates the different types of evidence. As can be expected, it is emphasised that witness statements have value, but are to be treated with caution and that documentary evidence is rather scarce given the nature of cartels. These types of evidence are especially important in drawing a comprehensive picture of the situation. The EC Decision needs to be treated with caution as well. Only the operative part and the recitals constituting part of the essential basis are binding on its addressees and the court at hand (see here). These binding elements mainly deal with the cartel as a whole and not specifically with the BritNed Interconnector. A decision by a competition authority thus remains valuable, but its importance is limited to proving the existence of the infringement. The burden of proof concerning the damage and causal relationship will often be the same for follow-on and stand-alone damages claims.

The bulk of the judgment deals with the (conflicting) evidence by two expert economists (Oxera/BritNed and Frontier Economics/ABB). The following key-points must be highlighted:

The judgment dismissed the claim for lost profit (by concluding that BritNed would not have chosen the 1,320-megawatt cable absent the cartel) and dismissed the claim for compound interest (as unarguable). At first sight, this means that no damages are awarded. The judgment, however, takes into account two other elements that resulted in an overcharge of €13 million. Firstly, due to the cartel, ABB did not operate in a competitive market and was thus insulated against inefficiencies in its own product (in this case the amount of copper used). These inefficiencies translated into extra costs that would not have been borne by BritNed absent the cartel. Although the reasoning is understandable, it seems that these baked-in inefficiencies come close to a presumption of harm. One could wonder whether this means that, if inefficiencies by a cartelist can be observed, they can easily be seen as part of the overcharge based on the argument that cartels lead to cost inefficiencies. Secondly, it is found that the cartelists were able to derive cartel savings from their control over the supply of power cables. These savings, however, are attributable to the general operation of the cartel and, based on a broad-brush allocation, only part of them are attributed to the BritNed project. Here, one could wonder whether this approach is not too focussed on the general impact of the cartel, while it has been stressed multiple times that damages actions are to be evaluated in concreto. Also, is this cost saving argument not more about illegal profit than about a specific damage?

The BritNed v ABB case is a must-read judgment in order to understand the basics and complexities behind cartel damages claims. It illustrates the differences between public and private enforcement and stresses the importance of basic principles of tort law. Some take-away points: (1) It is not about the general effects of the cartel, but about the specific situation at hand; (2) It seems that time-comparison is the way to go; (3) It is important to focus on the clarification of the used methodology; (4) Try to avoid complex quantification methods that include too much uncertainty; (5) The complexity of these cases (and the costs they cause) cannot be denied. Remarkably, this case did not even have to tackle the issue of passing-on.