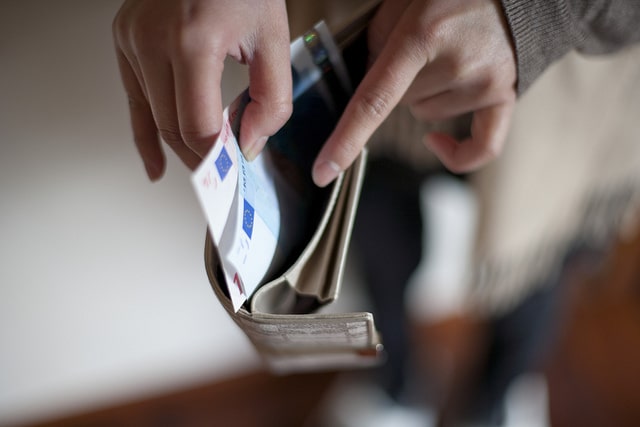 Compensation for public service obligations is compatible with the internal market when, at minimum, a PSO is well defined in an entrustment constituting an official act of a public authority, the revenues and costs of the PSO are clearly identified and separated from other commercial activities and the compensation does not exceed the net extra costs of the PSO. Compensation for damage caused by a public authority is not State aid when the harmed undertaking has a right to an entitlement that has general application.

It seems that too often public authorities believe that compensation for the extra costs of important services is not State aid or, alternatively, that it is compatible with the internal market.

Also, firms, which have grievances with public authorities and win compensation in national courts or other tribunals, believe that they obtain what is rightfully theirs and the decision of the court or tribunal protects them against EU State aid rules.

These beliefs are wrong. Neither the importance of a service, nor a decision of a tribunal is sufficient to remove a public measure from the scope of application of Article 107(1) TFEU.

In this article I review three Commission decisions. The first two are related. They are decision 2015/1074 and 2015/1075 concerning Italian bus companies CSTP and Buonotourist, respectively.[1] The third is decision 2015/1470 concerning an arbitration award made by Romania.[2] In all three cases, there was a judgment of a tribunal. In all three cases, the Commission found the judgments to be incompatible with EU State aid law and therefore they could not be enforced. But each case has many other interesting features concerning, for example, the proper calculation of compensation or the existence of advantage as a result of an award for alleged liability of the state.

In the two Italian bus cases, the Italian authorities granted State aid as compensation for alleged public service obligations [PSO]. In both cases, the Commission concluded that the compensation was incompatible aid that had to be recovered. The mistakes committed by the aid granting authorities should not have occurred. As we will see below, the aid granting authorities failed to comply with basic principles of how to define PSO, how to calculate the compensation and how to implement Regulation 1370/2007 on transport by rail and road.

CSTP and Buonotourist are private Italian bus operators. They are licensed to provide regional and urban passenger transportation. The two companies demanded additional compensation for the extra costs they claimed that they had incurred by supplying transport services. When the relevant regional authorities refused to do so, the two companies went to court which upheld their claim for compensation. Italy then notified to the Commission the compensation that had been awarded to them. Obviously, Italy was hoping that the Commission would prohibit the aid. The Commission has indeed prohibited it and in fact has gone further by ordering the recovery of previously granted compensation.

In the rest of this section I refer only to the relevant paragraphs in the decision on CSTP because the two decisions are very similar.

The Commission first explained that just because the relevant regional authorities were compelled by a court to pay the two companies it did not mean that there was no transfer of state resources. [Paragraph 49]

Then the Commission considered whether the four Altmark criteria could apply in order to rule out the existence of State aid. It concluded that Altmark did not apply for the following reasons.

First, the granting of a concession is not the same as the imposition of a PSO. There was no evidence in these two cases that well-defined obligations had been imposed [Paragraph 55]. One may generalise that a concession allows exploitation of a particular infrastructure or market, but does not necessarily lay down specific obligations with respect to regularity, frequency, price or quality of the service that should be provided.

Given that the Altmark criteria are cumulative and since the two companies failed the first two, the Commission did not deem it necessary to examine the other two.

As it should be well known, for compensation to be compatible with the internal market it is necessary, at minimum and in all cases, that a PSO is well defined in an entrustment constituting an official act of a public authority, that the revenues and costs of the PSO are clearly identified and separated from other non-SGEI activities and that compensation does not exceed the net extra costs of the PSO.

It appears that in these two cases there was no official entrustment and no contract between a public authority and the two companies specifying what they were supposed to do, for whom, when and where. The regional authorities produced a sample contract with a third company but the Commission rejected it on the grounds that it did not prove that the same obligations had been imposed on CSTP or Buonotourist.

Moreover, there was no evidence that any obligations had been unilaterally imposed by public authorities rather than voluntarily accepted by the two companies as part of the concessions. Under Italian law, concession holders had to provide transport services in the areas of the exclusive operations. But the specific features of those services were not defined.

Nor, was there any evidence that the tariffs charged by the two companies were set by public authorities. It appeared that the actual tariffs were independently determined by the companies themselves. That meant that they may not have needed any compensation as they could have set the tariffs at the level they could break even or make profit.

Even if a PSO could have been unilaterally imposed by a public authority on the two companies, it would still be impossible to calculate the right amount of the compensation because they did not keep separate accounts for all the revenue and costs generated by the alleged SGEI, nor did they have a system for allocating common costs between SGEI and non-SGEI operations.

But even if separate accounts had been kept, the calculation of the compensation after the services were provided made it impossible for that kind of compensation to be found compatible with State aid rules. As already mentioned earlier, the method by which the compensation is to be calculated has to be determined in advance. The definition of ex ante parameters means that in effect the SGEI provider is bound not to exceed certain levels of costs. Any ex post calculation simply covers any cost that is incurred regardless whether it is reasonable or excessive.

For all of the above reasons, the Commission concluded that the aid that was granted in the form of compensation was incompatible with the internal market and had to be recovered.

These two cases expose typical policy errors which should not have occurred. They also show that successful litigation before national courts may be no more than a pyrrhic victory if the verdicts of national courts are at odds with EU State aid rules. In the end, it is the European rules that win.

The two brothers and their companies, which were active in the food sector, invested in Romania after Romania decided to implement a policy to attract foreign investors. The investment incentives were in the form of exemptions from import duties. These exemptions were later revoked for being incompatible under the competition rules of the Association Agreement between the EU and Romania.

The Micula brothers claimed that they suffered damages caused by the policy change. The arbitration panel awarded them compensation for i) the import duties they had to pay, ii) the additional costs they incurred for not being able to stockpile enough raw materials before the import duties were restored and iii) the loss of profit as a result of the more expensive raw materials they had to use.

Compensation to individuals or undertakings?

The Micula brothers argued that the award was made to them who were individuals and not undertakings. The Commission considered that an undertaking is an economic unit that may consist of several natural or legal persons who are centrally controlled or connected through “functional, economic or organic links”. The Commission found on the basis of the Hydrotherm judgment [C-170/83] that the Micula brothers had almost complete control of their companies. [Paragraphs 87-89]

Then the question arose as to whether shareholders could be subsumed into the undertakings they owned. On the basis of the Casa di Risparmio di Firenze judgment [C-222/04] the Commission concluded that the two brothers were not mere shareholders maintaining an arm’s relationship and simply drawing dividends from their shareholdings but in fact they were actively involved in the day-to-day management of their companies. As a result, they too became undertakings because they were engaged in economic activities. [Paragraph 90]

Then the Commission tackled the question of advantage. Its assessment was based on two components. First, it recalled that advantage was any reduction of inherent costs of undertakings. The award was expressly intended to compensate for the payment of import duties which were part of the normal costs of any importer. Second, the Commission argued that the award could not be regarded as compensation for damage that the Romanian state had inflicted on the Micula companies. “In cases of liability based on the wrongful contact by the national authorities, no advantage is granted to an undertaking where such liability merely ensures that the damaged party is given what is entitled to” [paragraph 101].

But the Micula companies were not entitled to any compensation. The Commission explained that it was its long-standing position that investor protection agreements between Member States were not in conformity with EU law and therefore were unenforceable. Moreover, the act providing relief from import duties was itself in violation of the competition provisions of the EU-Romania Association Agreement. [Paragraphs 102-104]

The Commission also rejected the counter-argument that the compensation was a general measure. While compensation for damages does not confer a selective benefit when it follows from the application of general rules concerning government liability, in this case the compensation was selective. By definition, the bilateral investor protection treaty between Sweden and Romania covered only Swedish or Romanian companies but not companies from other Member States. An additional element of selectivity was that the relief from import duties had been granted only to companies that invested in particular regions of the country.

Having found that the award satisfied the first three criteria of Article 107(1), the Commission had little difficulty to show that it also affected trade and distorted competition.

Since the award itself and relief from taxes were not linked to any specific investment they were considered to be operating aid. Then the Commission proceeded to examine whether the aid complied with the requirements in the regional aid guidelines 2007-13 for operating aid. It found that it did not for the following reasons. First, there was no evidence that the aid was intended to contribute to regional development. Second, there was no proof that it sought to alleviate particular regional handicaps. Third, there was assurance that the aid was proportional. In fact the aid aimed to cover all losses.

For these reasons it ordered Romania to recover all sums it had already paid to the Micula brothers when it conformed with the decision of the arbitration panel. For sure, Romania will not be unhappy to get its money back.

[1] The full text of the two decisions can be accessed at: